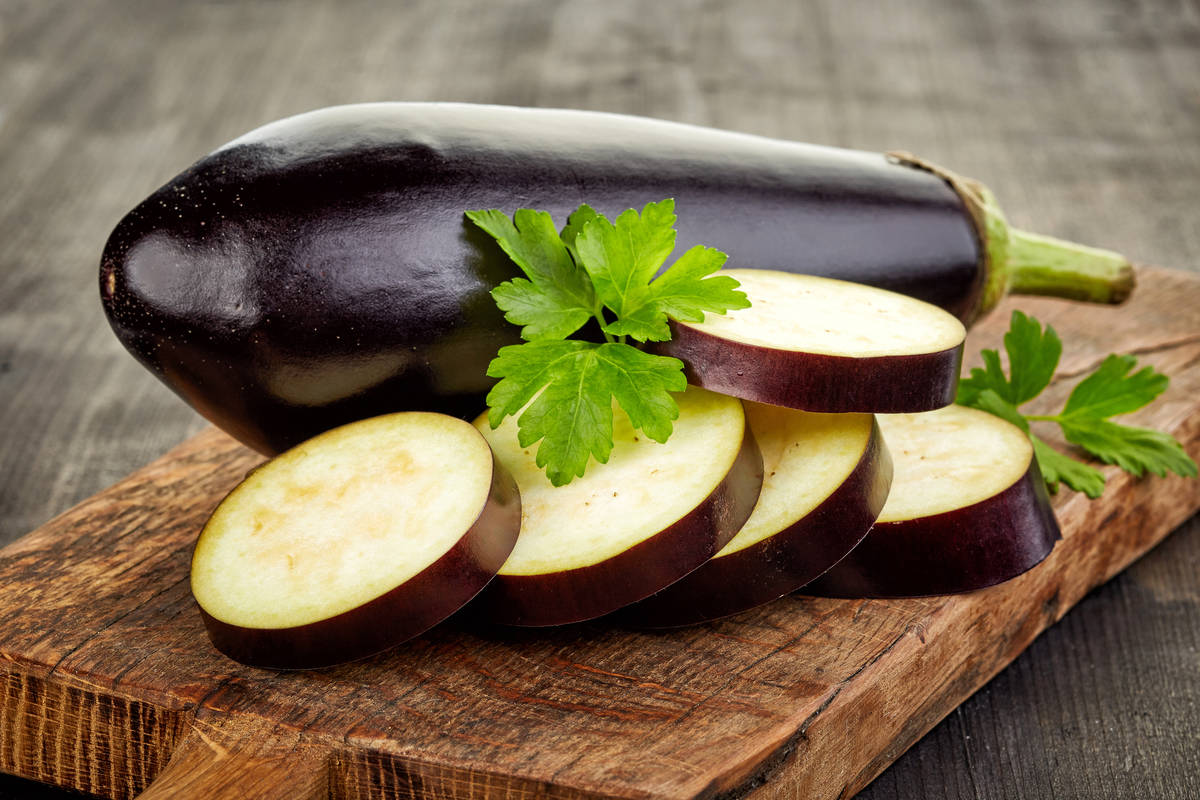 Getty Images Eggplant is a very underrated vegetable. It loves our desert heat and is a Rockstar in our climate. 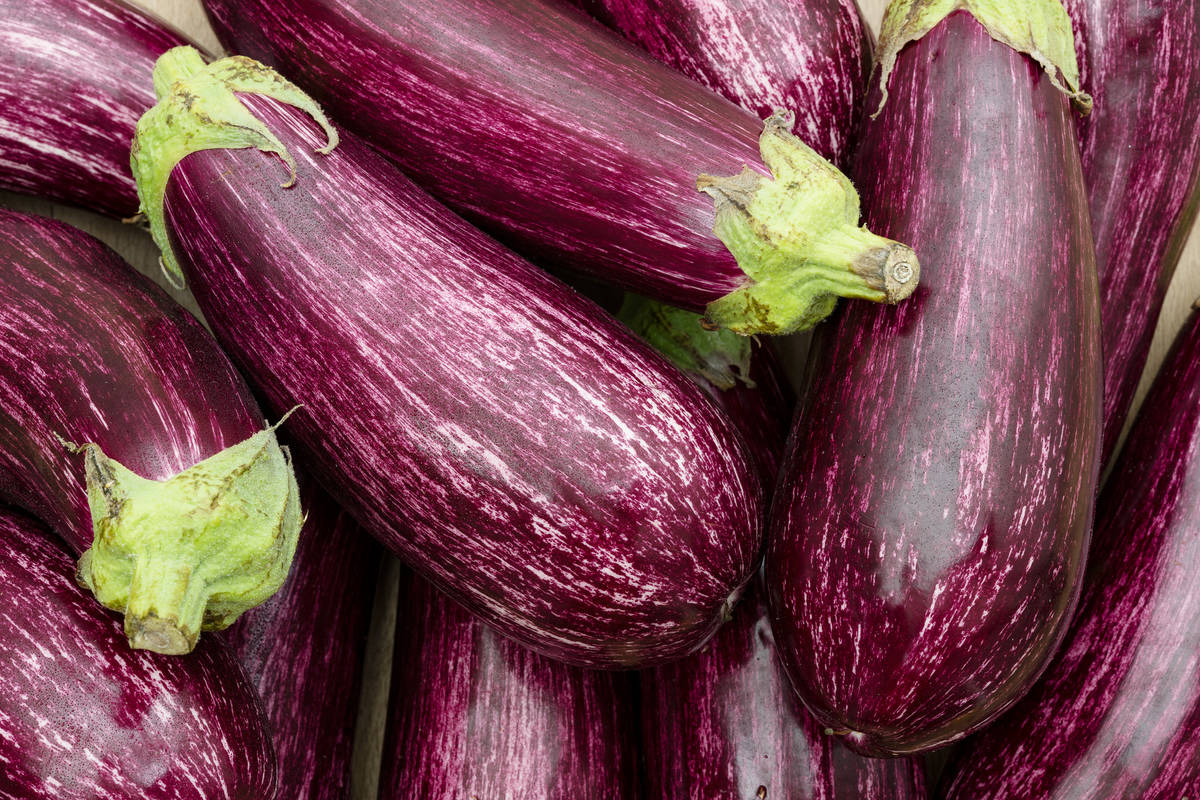 Getty Images "Eggplant is not as popular in American gardens as it’s cousin Tomato, but it is a Rockstar in our desert climate," writes Terri Meehan, freelance columnist and garden mentor. "Few vegetables that grow here perform as well as eggplant. It produces beautiful purple flowers and comes in many shapes, colors, and sizes."

Eggplant, or aubergine as it is called in many parts of the world, is one of humankind’s oldest cultivated vegetables. This member of the Solanaceae family, the same family that tomatoes are in, still grows wild today in parts of India where it is thought to have originated. In the 17th century British colonizers in India took note of the locals growing a plant with white oblong shaped fruit and dubbed it “eggplant”.

Eggplant is not as popular in American gardens as its cousin tomato, but it is a rock star in our desert climate. Few vegetables that grow here perform as well as eggplant. It produces beautiful purple flowers and comes in many shapes, colors, and sizes.

Eggplant does not have a strong flavor of its own so it is an ideal vegetable to sneak extra nutrition into all kinds of tasty dishes.

If you’ve only seen eggplant at the grocery store you may only be familiar with the large purple bell-shaped Italian eggplant or the thin long Japanese eggplant but there are many more interesting varieties to grow.

Aswad: This variety was developed in Iraq and is perfectly suited for desert gardens. It forms very large smooth-skinned purple fruit that can weigh up to 3 pounds. It is great for slicing thick slabs for grilling.

Thai Purple Ribbed: Not as large as Aswad, but Thai purple ribbed is another large bell-shaped variety, its fruit can barely fit into the cup of two adult hands. Its deep purple skin is ribbed like the pleats of the skirt, making for a very beautiful fruit. It is more flavorful than most eggplant and another excellent choice for grilling.

Casper: This smaller oblong eggplant has smooth white skin. Its flavor has notes of mushroom. It is often used in stir fry or for making a dip that is similar to hummus.

Cambodian Green Giant: If the name doesn’t give it away, this large bell-shaped eggplant has green striped skin and similar ribs to the Thai Purple Ribbed. Its flavor is earthy and strong when eaten alone but like most eggplant melts nicely into the background when cooked in a tomato sauce.

Eggplant can be planted as early as April 1st in our region but don’t hesitate to plant out your seedlings even later into mid-April or even early May. Eggplant thrives in our heat and will really pick up in production during the hottest of temperatures when many other vegetables in the garden have taken a break. If starting from seed either indoors or in a greenhouse, you can sow the seeds as early as January.

Seedlings can be planted in a manner which is near to tomatoes. They should be spaced no closer than 1 foot apart. Eggplants do not typically need cages or support. Remove any fruit and flowers before transplanting. This will allow your seedling to focus on root development after planting. Continue to remove any fruit or flowers that you see forming for the next two weeks after planting.

Dig the hole for your seedling as deep as the pot and twice as wide in circumference. I like to add a scoop of worm castings into my planting hole. Remove all but the top two sets of leaves and bury entire stem up to the bottom of the leaves. Eggplant will sprout roots from the stem leading to a stronger plant in the long run.

Frequent and consistent watering will help to keep the fruit from becoming bitter. Water on the same watering schedule as other vegetables in your summer garden.

When your eggplant feels firm to the touch and has reached its full-bodied color it’s ready to harvest. It will not grow any larger at that point and if you do not harvest the fruit it will become dark, woody and bitter. To harvest take a clean, sharp pair of kitchen scissors or pruning sheers and snip the stem from the plant just above the fruit.

Eggplant is best when used fresh but can be kept on the counter for several days if needed. It should not be refrigerated as it is a tropical fruit and is sensitive to cold. Though eggplant is sensitive to cold, when I have an abundance of eggplant coming in from the garden I do chop and freeze it for use in tomato sauce later. I often throw it into chili or even beef stew. It makes a perfect filler to make any dark sauced meal bulkier.