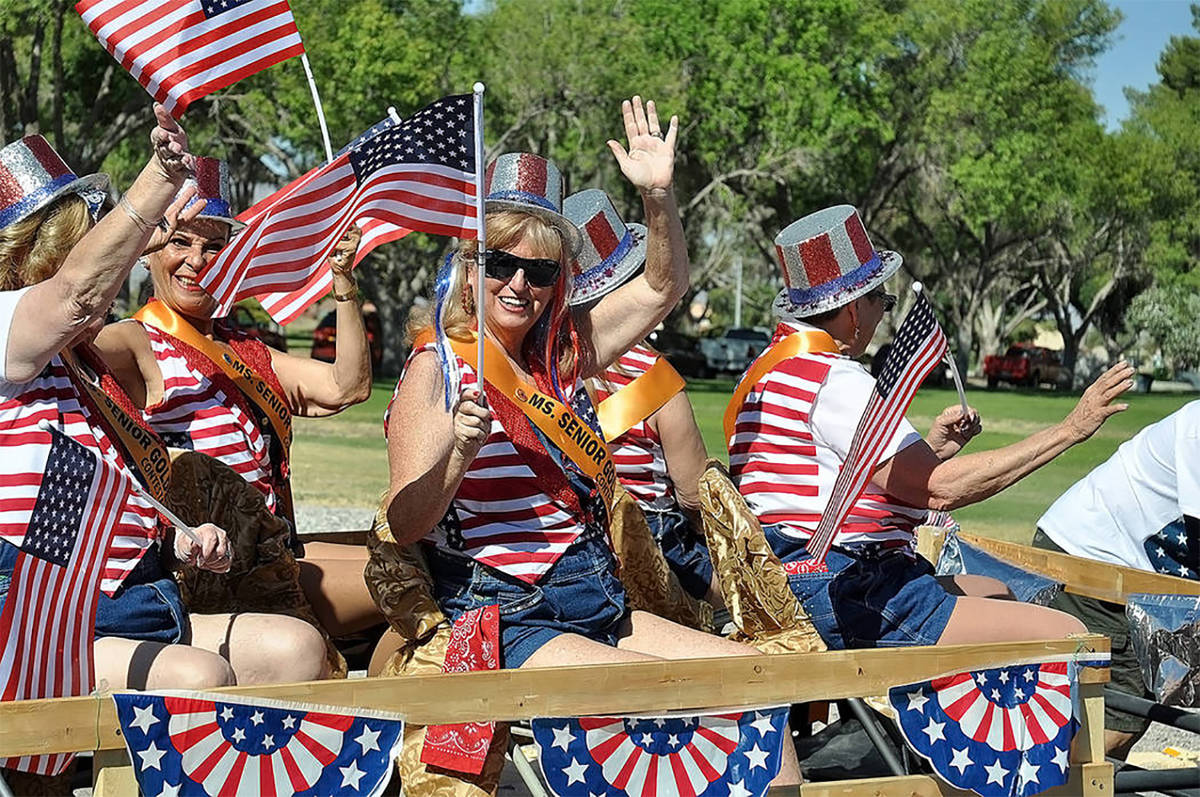 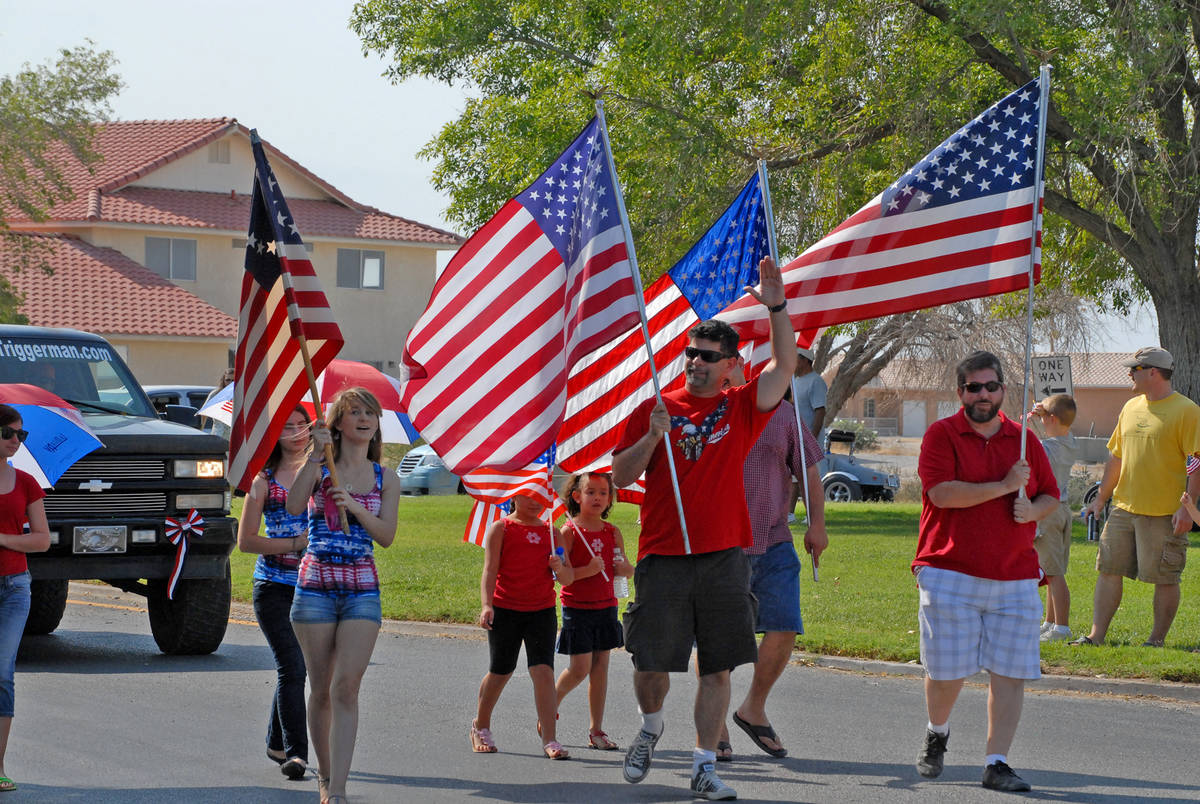 Horace Langford Jr/ Pahrump Valley Times The annual Fourth of July Parade will have a plethora of entrants all out to show their patriotic spirit on Saturday. 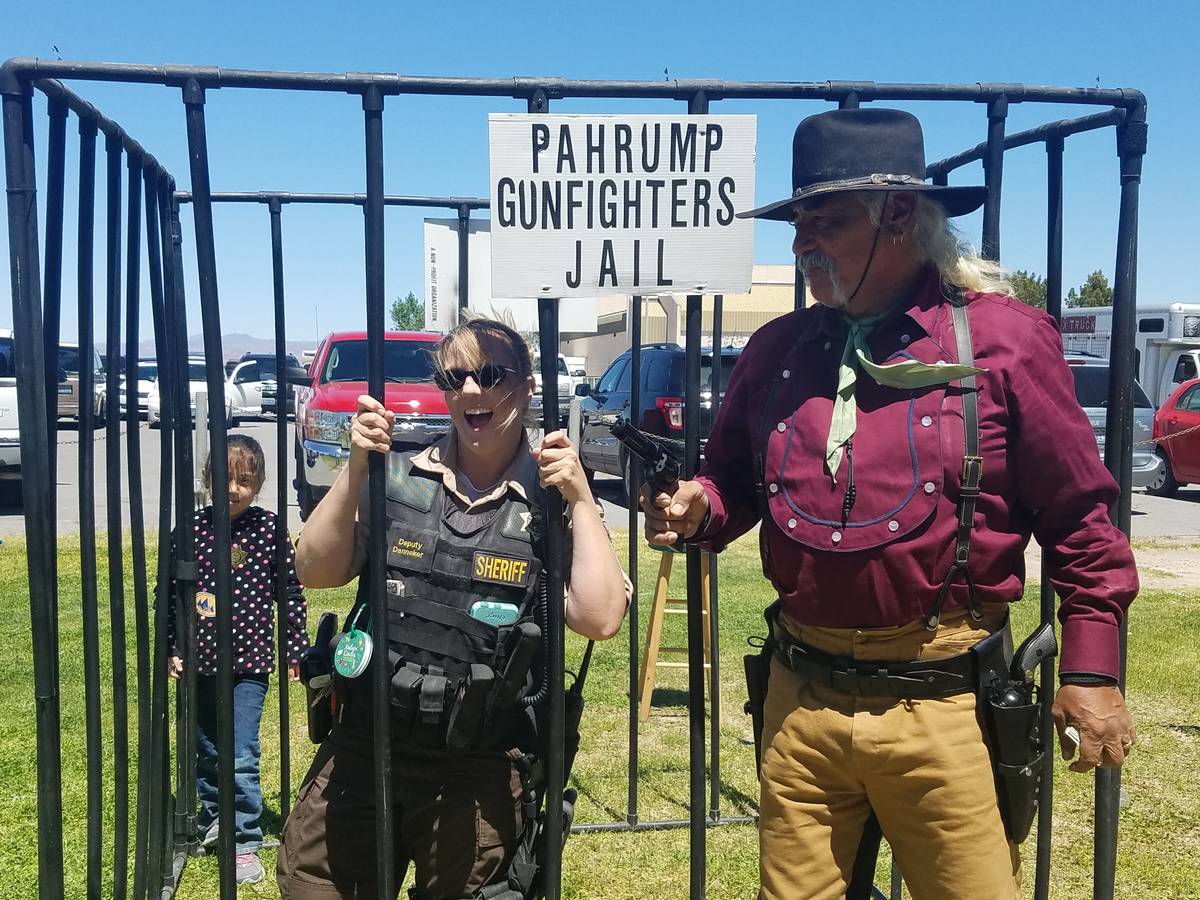 Deberra Mendyk/Special to the Pahrump Valley Times The Pahrump Gunfighters will have their jail set up at the Calvada Eye during the Fourth of July Family Celebration as a means of raising fund to help support the Pahrump Holiday Task Force's annual activities.

The past couple of months have been exceptionally busy ones for the Pahrump Holiday Task Force as the group worked to put together its very first Fourth of July celebration and with the event now just one day away, task force members are bubbling with excitement in anticipation of what they are hoping will be a highly successful community gathering.

The Pahrump Holiday Task Force is well-versed in organizing large-scale community events, having hosted events in honor of Thanksgiving in the fall, Christmas in the winter and Easter in the spring, but for many years, the group was devoid of an activity during the summer months.

That is why when the opportunity arose for the task force to take over the annual Fourth of July Parade, the group eagerly jumped at the chance. However, holiday task force members were not content with just a parade and the group decided it wanted to expand on the event by turning it into a true festival. They have spent many weeks pulling together all the elements necessary and tomorrow, Saturday, July 3, residents will be able to head over to the Calvada Eye to enjoy the fruits of the task force’s labors, all free of charge.

“Everything is coming along really well, we already have over 20 parade entrants and they are still coming in, I keep getting calls for more registration forms, which is awesome. We are so glad that people are taking notice and want to come out to participate,” Pahrump Holiday Task Force Chair Linda Wright, who has been a longstanding lead organizer for the parade, detailed during a Wednesday, July 1 interview. “And we’re getting donations, which is good, and we’re also getting volunteers signing up so that is wonderful as well.”

The Fourth of July Parade is scheduled to begin at 10 a.m. on Saturday morning, with the procession set to make its way down Calvada Boulevard around the Calvada Eye. Residents and their families are invited to line the roadway and cheer the parade on as the many businesses and organizations taking part, decked out in Independence Day colors of red, white and blue, march down the street.

The parade will conclude with a formal awards ceremony in which five trophies will be handed out for the various categories that will be judged. These include Most Patriotic, Most Enthusiastic, Most Family-Friendly, Most Original and Judges’ Choice. There will also be a very special award given out to the Fourth of July Parade Grand Marshal, who will be revealed to the public on Saturday morning.

“We’ve got horses and floats, motorcycles and trucks and cars, fire engines, Jeeps, we’ve just got a whole bunch of things,” Wright said. “It’s going to be a really good parade.”

Following the parade, the festivities at the Calvada Eye will begin and there will be plenty for area families to delight in that afternoon.

“We’re going to have the Pahrump Gunfighters Jail set up, which is donation based. People will be able to have each other ‘arrested’ for a donation and then for another donation, you can get them ‘bailed out’ of jail,” Wright explained. “We’ll also have free corn hole games, face painting, water balloons, a bounce house, a watermelon eating contest, bubbles, ring toss. And we’ll have an art area where the kids can express their patriotic creativity by making Fourth of July paintings and drawings and all of that. There will be hula hoops, a little duck pond, just all kinds of stuff. It’s going to be a really great time, it’ll be a nice afternoon.

“The only sad part is, we won’t have a dunk tank, because one of the pieces of Plexiglas on the dunk tank is broken and it won’t be fixed until September, but we will be able to use it for any future event we want, so that is a great thing!” Wright continued.

In addition to all of the fun to be had, the Pahrump Holiday Task Force’s inaugural Fourth of July Family Celebration will include a free lunch for all who attend, with burgers, hotdogs, chips and drinks to be served.

“We’ve had a lot of help. The Pahrump Valley Lions Club will be coming in to help us grill the hotdogs and hamburgers and the NyE Communities Coalition came up with some volunteers for us, and we’re really thankful for that,” Wright stated. “It’s just a coming together, a community gathering. Come early, stay late, and have a good time with us, having fun, relaxing and just enjoying the day!”

The activities at the Eye are scheduled to kick off at 10 a.m. and continue until 3 p.m. tomorrow, Saturday, July 3 at the Calvada Eye.

For more information on the Pahrump Holiday Task Force’s Fourth of July Family Celebration contact Wright via email at pahrumpholidaytaskforce@gmail.com or call 775-419-7857.