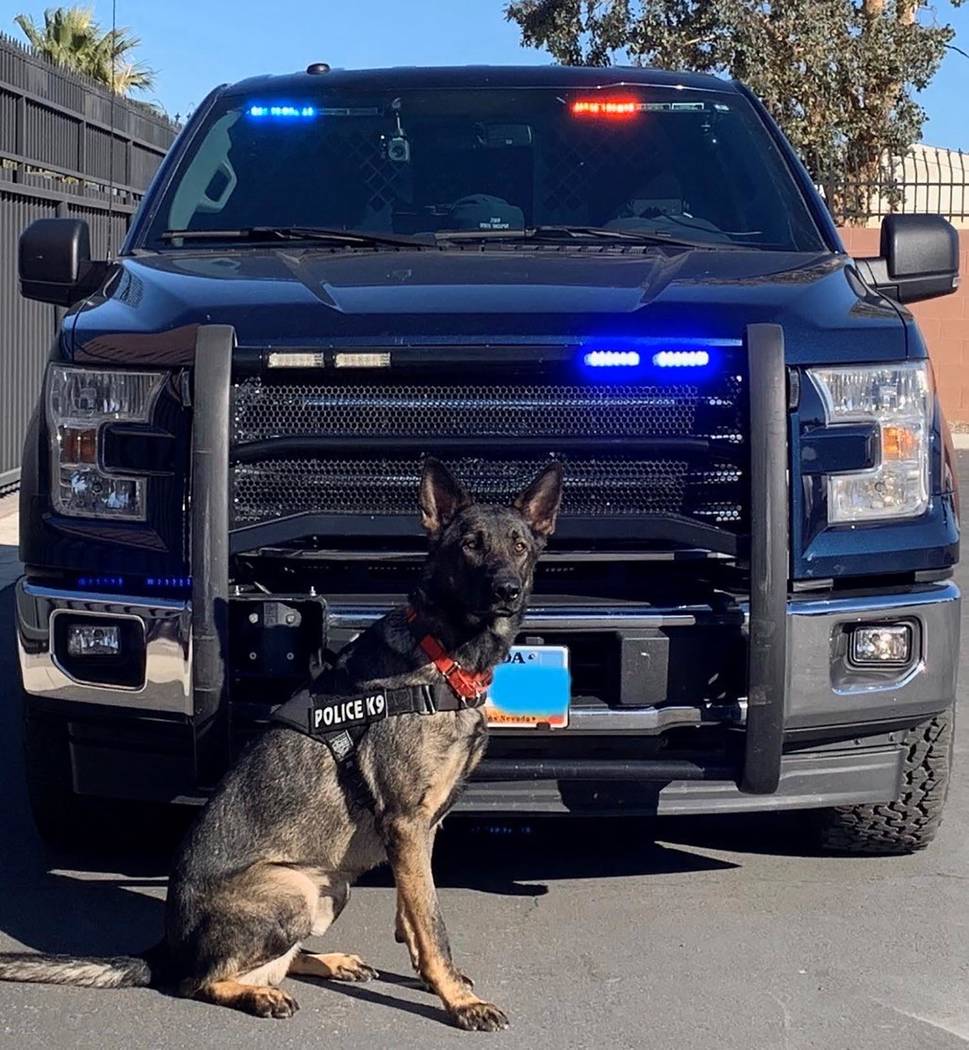 Nevada Department of Public Safety Lobo and his handler’s duty station will be in Southern Nevada, and they will be working throughout Nevada. 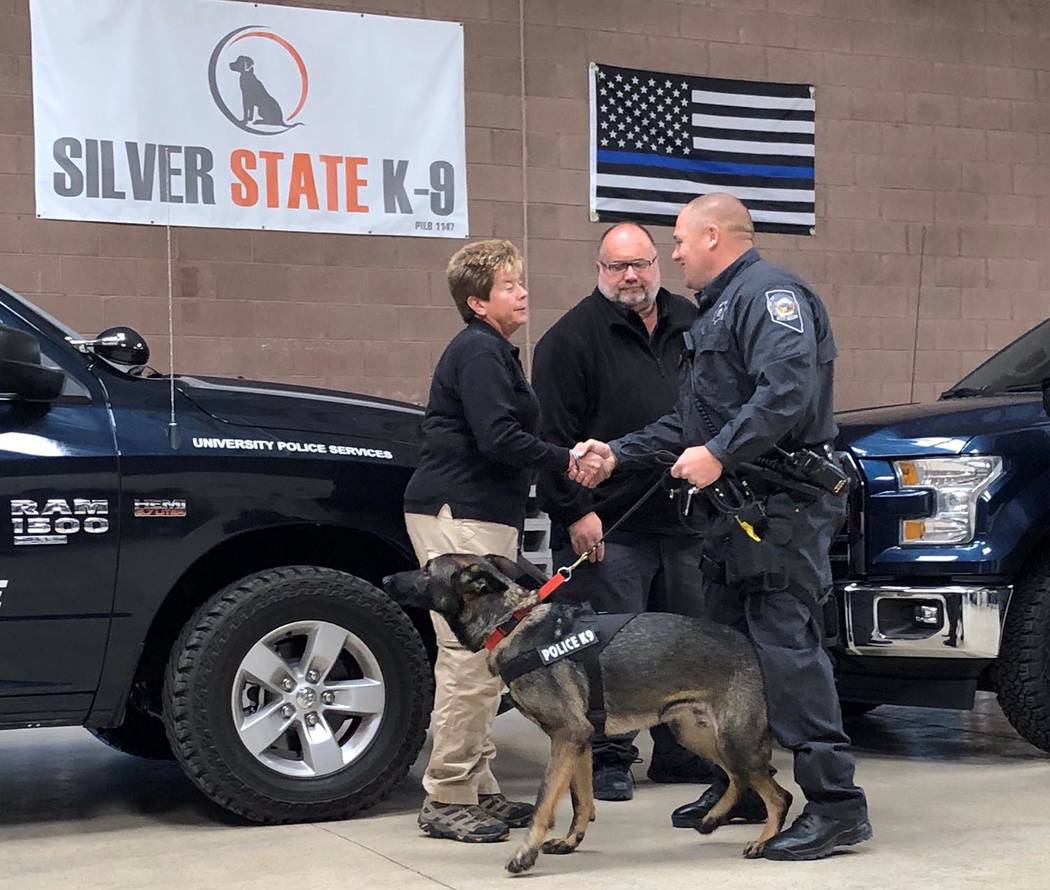 Nevada Department of Public Safety Lobo is trained to detect explosives in a vast array of areas and situations.

Lobo, a 3-year-old German shepherd, graduated from training and joined the Nevada Department of Public Safety’s ranks as an explosives detection K-9 earlier this month.

Lobo and his handler’s duty station will be in Southern Nevada, and they will be working throughout Nevada with the Department of Public Safety and divisions, as well as offering support to other law enforcement agencies, the state said in its announcement.

Lobo and his handler, Trooper Robert Pendley with the Nevada Highway Patrol Division, went through extensive training, which included more than 200 hours of learning to work together in various situations to be ready to protect Nevada residents and visitors, the state said.

Prior to joining the department of public safety, Lobo worked with Silver State K-9 conducting explosive detection searches as needed in the Las Vegas metro area.

The Nevada Department of Public Safety said that it will seek to expand its K-9 program in the future to include narcotics, arson and other-scent discipline K-9s.