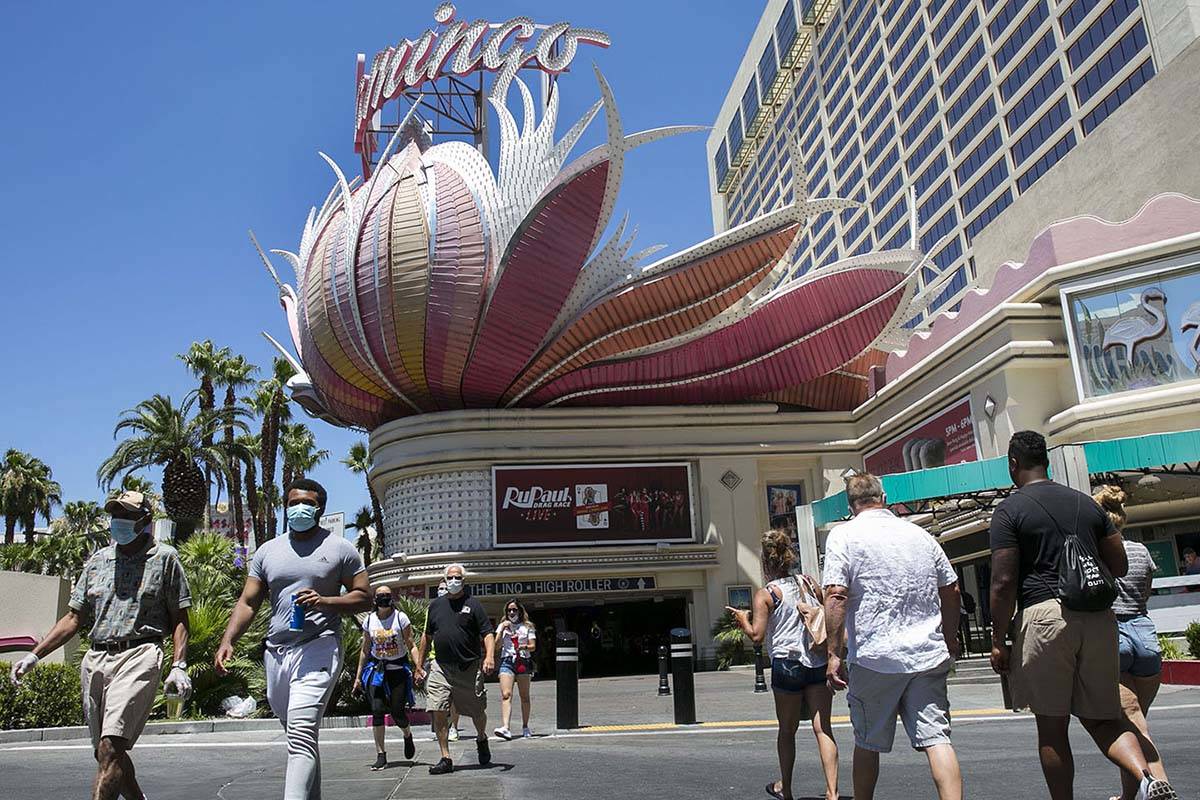 Los Angeles County’s top health official recommended this week that residents reconsider traveling to Nevada and other states where COVID-19 rates are increasingly high, particularly if they are unvaccinated.

L.A. County Health Officer Dr. Muntu Davis provided the recommendation to the county Board of Supervisors on Tuesday, citing a “concerning” number of new cases in that county. Cases were up 165 percent in the past week and disproportionately affecting Black and Hispanic populations, he said.

Davis’ advice to rethink travel to California’s neighbor comes as Nevada is grappling with recent rapid increases in most of the state’s major COVID-19 metrics including new cases, positivity rate and hospitalizations.

The troublesome trend, fueled by the more-contagious delta coronavirus variant, is being particularly felt in Southern Nevada, which has been labeled as a “sustained hotspot” for COVID-19 by the federal government.

Clark County had 180 new cases per 100,000 people in the past week, nearly tripling L.A. County’s 68 new cases per capita, according to U.S. Centers for Disease Control and Prevention data.

On Thursday, L.A. County said it will require indoor masks. It was not immediately clear whether Clark County was considering enacting stricter regulations.

Public health officials in Nevada have said that unvaccinated residents account for nearly all new infections.

The state is making progress each day getting people vaccinated, with more residents receiving a first dose last week than the national average, according to Candice McDaniel, the deputy director of the Nevada Department of Health and Human Services.

McDaniel, in a briefing with reporters Thursday, said that initiated vaccinations were up 32 percent since the state instituted “Vax Nevada Days,” raffling off major prizes for people who get a shot.

Nearly 55 percent of eligible residents statewide and in Clark County have received at least one dose of a vaccine, according to state data, but McDaniel acknowledged that COVID-19 metrics in the county were “concerning.”

Visitors encouraged to get shots, tests

Nevada is a top tourism destination across the world, but also where some 50,000 vehicles a day cross into the state from California via Interstate 15. And economic confidence is high after a lengthy and crippling shutdown.

Michelle White, chief of staff to Gov. Steve Sisolak, said Thursday that everyone needs to assess their own comfort levels, as she responded to L.A. County’s recommendation to avoid travel to Nevada.

“We are doing everything we can and working with (partners) to make it a safe destination,” she said.

White pointed to early efforts by the state and private sector to prioritize hospitality workers for vaccines and noted that it has been important to ensure there are opportunities for visitors to be inoculated and tested on the resort corridor.

“If someone is coming from out of state, that can be more convenient, and we certainly encourage everyone to do so,” White said. “When you’re a global tourism destination, you want to make sure that everyone is safe because it makes your residents and your state safe.”

Jennifer Sizemore, a spokeswoman with the Southern Nevada Health District, said people who are not vaccinated should — among exercising other protections — wear masks in public settings or large gatherings and get tested when traveling.

“We do think it is appropriate for people who are not fully vaccinated to take steps to protect their health and those around them,” she said in a statement.

This story is developing. Check back for updates.