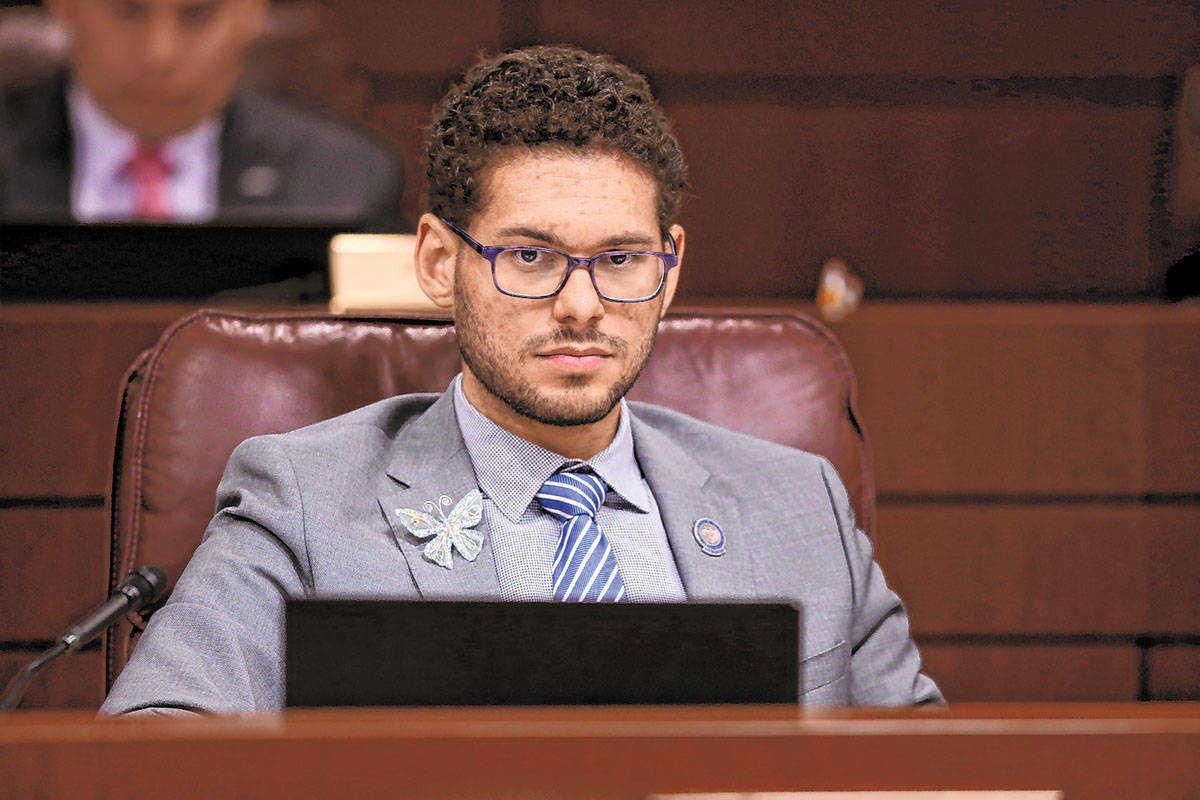 A bill that would automatically seal eviction records for nonpayment of rent during the pandemic and require landlords to give some tenants longer notice for a no-cause eviction drew vocal opposition in a legislative hearing Thursday from landlord groups.

Groups opposing Assembly Bill 141 protested that the measure was too favorable to tenants and protected “bad actors” with sufficient financial means who nonetheless have exploited pandemic-related eviction moratoriums to not pay rent. Testimony, questions and debate over the bill stretched more than three hours before the Assembly Judiciary Committee.

Current eviction moratoriums for pandemic-triggered causes, such as job loss, are set to expire at the end of March, putting the state “on the cliff of major eviction crisis” that will disproportionately affect the poor and “communities of color,” sponsor Assemblyman Howard Watts, D-Las Vegas, told the committee.

Outlining the bill with Watts, Jim Berchtold, of the Legal Aid Center of Southern Nevada, said the sealing of nonpayment eviction records builds on existing procedures and was intended to help tenants facing eviction for nonpayment who did not know they were eligible for protection during the pandemic.

“Some landlords will simply not rent to someone who has an eviction on their record,” Berchtold said. “And we are already seeing this for those evictions that have snuck through all of the protections in place. We are already seeing tenants who are finding it difficult to find new housing.”

A more contentious section of the bill would require landlords to give longer notice to tenants in good standing who by mutual agreement have remained in an apartment without a lease, but the landlord “simply wants them out,” Berchtold said. Current law allows landlords to seek such a no-cause eviction on 30-days notice for tenants paying by the month or seven-day notice for those who pay weekly.

The bill would extend the notification period to 60 days for tenants who have lived in their apartment from one to three years and to 90 days for those who lived in the same place three years or longer. Berchtold said the change would help longstanding tenants who would have more trouble finding a new place quickly, such as the elderly or disabled and those with health issues or on fixed incomes.

“This bill does not require landlords to house problem tenants,” he said. “What this really does it just extends the time frames to a realistic point that the tenant has the ability to find a new place in a tight housing market, to arrange for the physical move of all their possessions, and to come up with the money to make that happen.”

Opponents pushed back that the measure would further hurt landlords with fewer properties who have suffered losses of rental income under the pandemic eviction moratorium. The proposed change on no-cause eviction notices — a permanent revision not tied to the pandemic — would only delay inevitable eviction proceedings and limit their ability to re-rent, repurpose or sell the property.

They opposed an automatic sealing of eviction records on grounds that the information was essential to assess a prospective tenant’s qualifications.

“We, as business owners and landlords, rely on this critical information in deciding how much risk to take on in selecting our tenant,” said attorney Mackenzie Warren, representing the Nevada State Apartment Association.

The association instead wants automatic record-sealing made available only to those tenants who have signed a declaration from the Centers for Disease Control and Prevention attesting to their pandemic-related economic straits.

Warren said the apartment association, which covers 156,000 apartments statewide, was losing $15 million a month in rent in Clark County and $2 million per month in Washoe County.

The bill will come back to the committee for additional discussion and action.