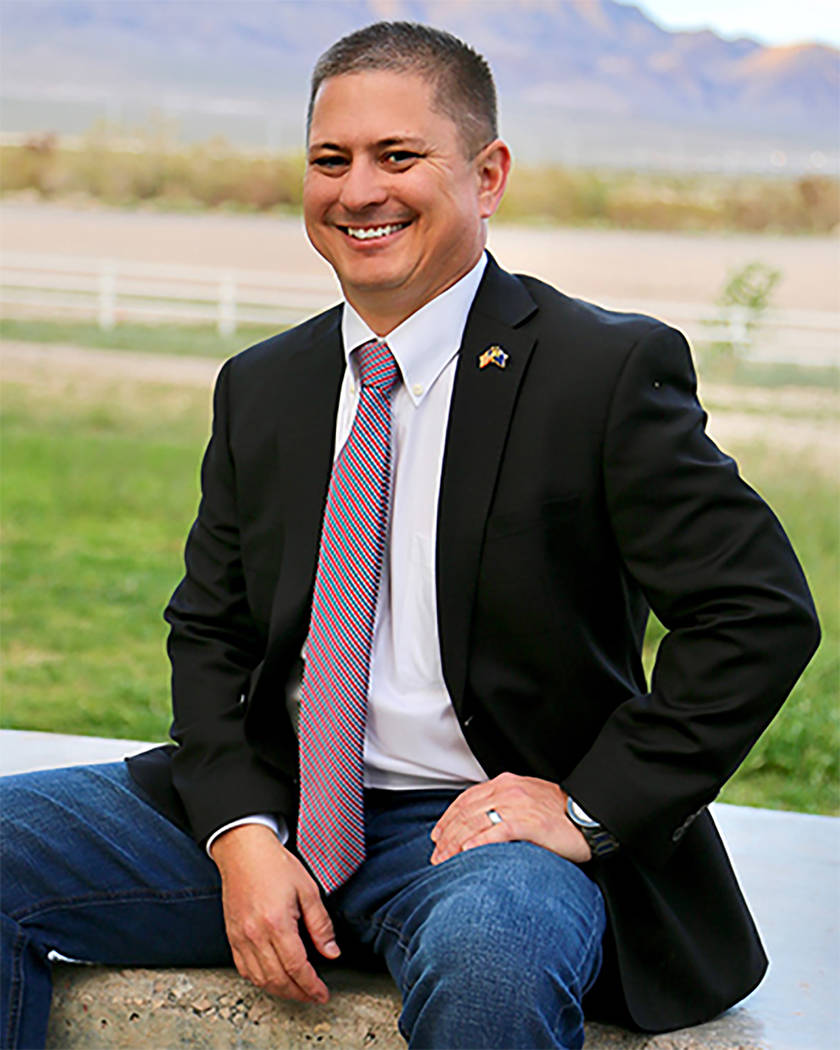 Courtesy of Sam Peters Nevada District 4 Congressional Candidate Sam Peters owns two business in the Las Vegas area. Peters, who has a wife and three kids is also a 20 year U.S. Air Force Veteran who earned the prestigious Bronze Star while serving in Iraq and Afghanistan. 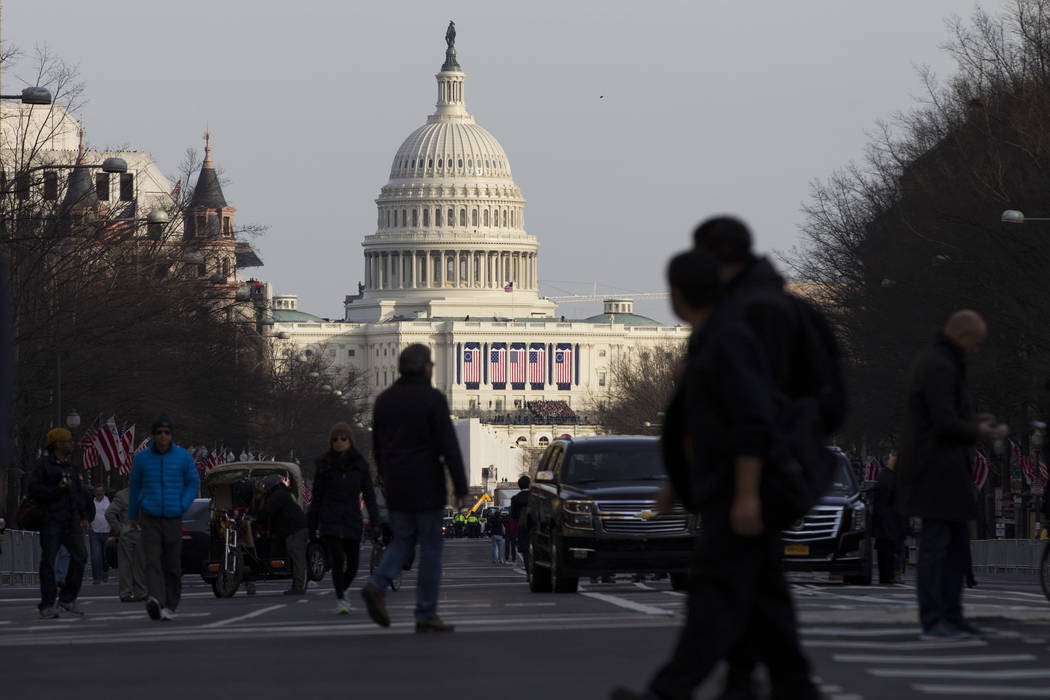 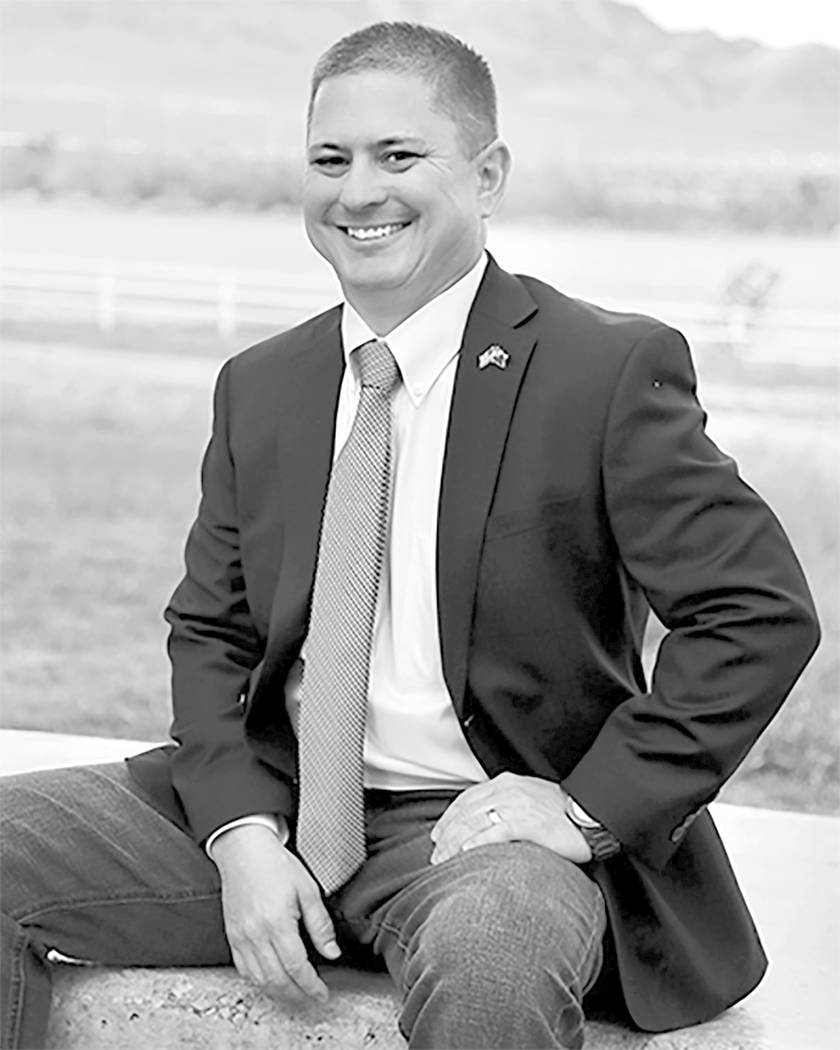 After serving as an officer in the United States Air Force for 20 years, it would be safe to say at this point, that Nevada resident Sam Peters is the sole Republican District 4 Congressional candidate who has earned a Bronze Star.

Late last month, Peters, who is married and has three children, spoke to the Pahrump Valley Times about his candidacy and why he wants fellow Nevadans to support his run for the congressional seat.

First and foremost, he touted his accomplishments and business experience since moving to the Silver State roughly four years ago.

Prior to that, Peters, a staunch supporter of education, earned his bachelor’s degree in criminal justice administration with honors.

He continued his education through a graduate-level certificate program in organizational finance from the University of Maryland University College, headquartered in Adelphi, Maryland.

“When I retired from the Air Force, I became a business owner in the Las Vegas area,” he said. “I’ve grown my businesses 350 percent in four years. It’s all about risk management, building relationships and taking care of people. I am married and have three kids. We are truly vested in the area.”

Peters, during his Pahrump visit also spoke of several pressing issues affecting not only Nevadans, but all Americans.

The current situation at the country’s southern border was a subject he felt needs to be addressed immediately.

“The southern border issue flows into very much not only our safety, but our budget,” he said. “We are 22 trillion dollars in debt as people know, and we have a trillion-dollar deficit annually. We have to look at what is causing those cost overruns and having 800,000 illegal immigrants coming across the border so far this year, is a big deal, and from a safety perspective, we have to fix it.”

Peters also spoke about the issue of asylum, by noting that the way the laws are written, it creates an environment where families and individuals can come to the U.S. and simply ask.

“Whether they are being oppressed or mistreated in their home country, if they say the word asylum, we have to take them and it’s created an environment where people just want to come to America because America is the greatest country on earth,” he said. “We are the beacon of hope all over and everybody wants to come here. They have to do it legally and what we have now with our current asylum laws, is an opportunity for you to just say the word and you’re in. That has to change.”

The nation’s economy was another topic Peters spoke of while touting his business acumen.

“I know how to do a budget, and not only that, while I was in the military, I worked on the federal budget,” he said. “Under our government, constitutionally, law and finance come together in Congress and that’s where I belong. I’m for an immediate balanced budget amendment, and I’m for immediate review of all line items in the budget, to the lowest levels of government. After 20 years in the U.S. Air Force, much of that time as an officer, I can tell you plenty of stories of wasteful spending. Congress should do their job, and as your representative, I will.”

“I think President Trump is doing a fantastic job, and I truly believe that he has America’s best interest in mind,” he said. “I think he is being held up for no other reason than partisan politics in a number of things he’s trying to do, and do right, like his trade policies, and the sanctions on countries that are not friendly with us.”

As a native of northern Maine, Peters, described himself as a “card-carrying” lifetime member of the National Rifle Association who grew up hunting and shooting.

“The right to bear arms is synonymous with one’s individualism and right to protect themselves,” he noted. “The second amendment is simply an acknowledgment of this and it is clear, the right shall not be infringed. Gun ownership is a responsibility and proper training and care should be taken when handling and carrying a weapon. In Nevada, it is a personal decision on whether one open carries or carries concealed.”

Knowing when enough is enough

On a final topic, he also addressed the issue of term limits, which he is strongly in favor of.

“I am for strict term limits,” he said. “I actually signed a term limit pledge as well. Ted Cruz has an amendment going through the Senate right now and I am on board with that. I am not a politician and I believe the founding fathers believed legislators should be citizens and not professional politicians. Staying in Congress or the Senate for 30 years needs to be a thing of the past.”

For additional information on Peters and his campaign, log on to sampeters4congress.com