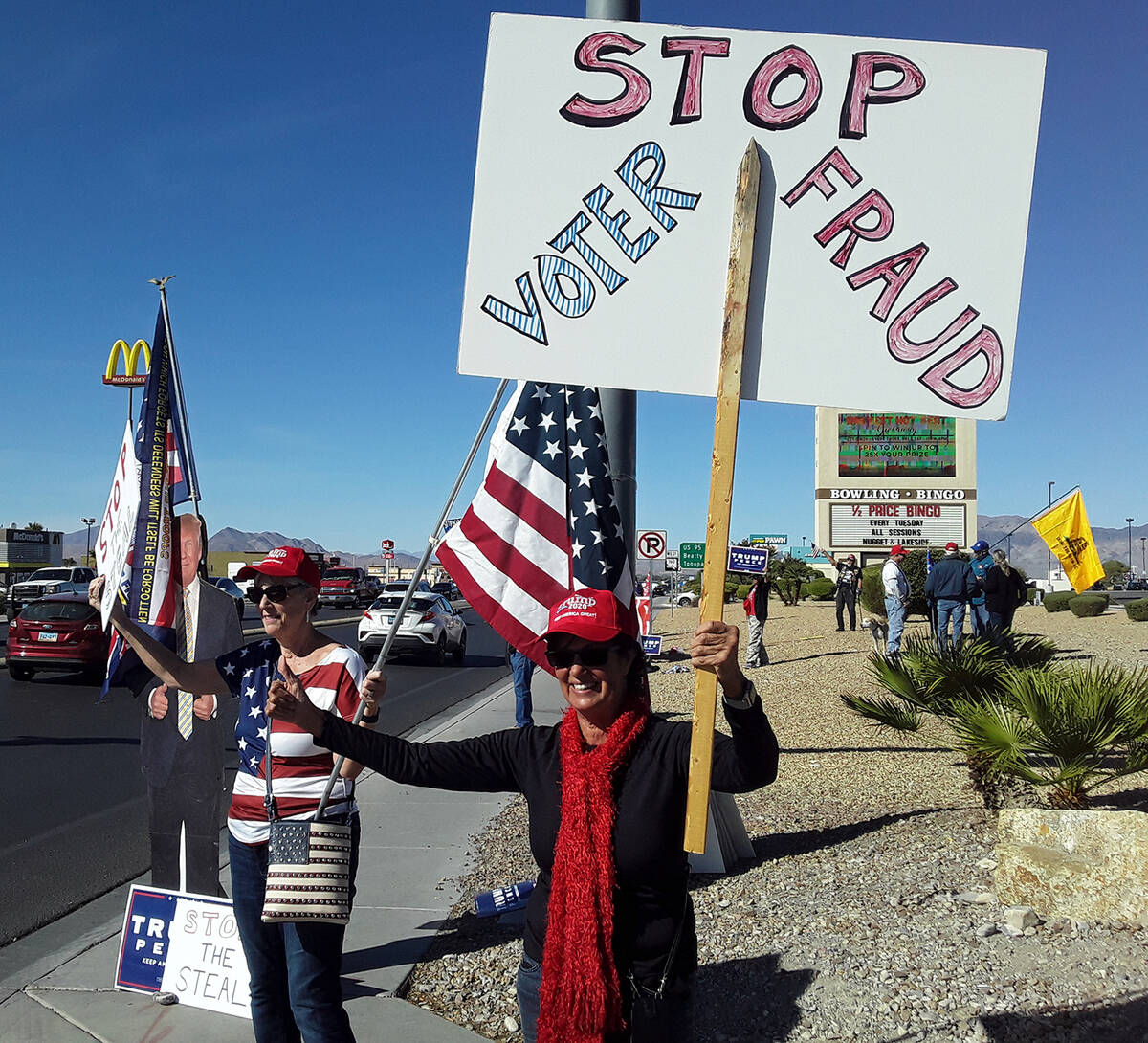 A Las Vegas man pleaded guilty Tuesday to voting more than once in the 2020 election.

On Tuesday, Hartle pleaded guilty to one charge of voting more than once in the same election, as part of a plea agreement.

Under the terms of the plea deal, Hartle will serve a one-year term of informal probation and will be required to pay a $2,000 fine.

As stated in the criminal complaint, on or between Oct. 26, 2020 and Oct. 30, 2020, Hartle voted twice, including once in the name of his deceased wife, Rosemarie Hartle.

During a November 2020 interview with KLAS-TV, Hartle, a Republican, said that someone cast a ballot in the election for his wife, who died in 2017.

“It was sickening,” he said, and “made no sense to me, but it lent some credence to what you’ve been hearing in the media about these possibilities and now it makes me wonder how pervasive this is.”

Since last November’s election, Trump and many of his supporters have, without evidence, incessantly claimed the election was rife with fraud, despite the fact that both state and federal courts in Nevada, as well as other states rejected dozens of election challenges by Republicans and Trump’s presidential campaign, including claims of widespread voter fraud.

Regarding the voter fraud allegations, Ford said fraud is rare, but when it happens it undercuts trust in the election system and will not be tolerated.

“I want to stress that our office will pursue any credible allegations of voter fraud and will work to bring any offenders to justice.”

In relation to Hartle’s guilty plea to fraudulently voting twice, Ford was satisfied with the outcome of the investigation.

“This particular case of voter fraud was particularly egregious because the offender continually spread inaccurate information about our elections despite being the source of fraud himself,” Ford said. “I am glad to see Mr. Hartle being held accountable for his actions, and I want to stress that our office will pursue any credible allegations of voter fraud.”

Additionally, Nevada Secretary of State Barbara Cegavske, a Republican who opened an investigation into alleged instances of voter fraud in conjunction with members of the Election Integrity Task Force, said her office continues to investigate all credible allegations of fraud related to the 2020 general election.

“The secretary of state has a sworn duty to ensure all election laws, both federal and state, are enforced,” according to a news release. “When someone is found to have violated any of these laws, they will be referred to the appropriate agency for prosecution. I’d like to thank the criminal investigators within our Securities Division for pursuing the evidence and investigating this case. I am pleased that the truth was uncovered.”

In April, Cegavske’s office told the state Republican Party that an investigation had found no “evidentiary support” for its allegations of widespread voter fraud in the 2020 election.

Hartle’s guilty plea is reminiscent of a case in Nye County where a Pahrump resident was sentenced to prison for committing illegal acts while working with the political action committee Engage Nevada.

The organization is a conservative advocacy group focused on registering voters in Nevada.

According to the original criminal complaint, Parks, while working with Engage Nevada, was marking “Republican” or “nonpartisan party affiliation” on three registration forms of electors, according to prosecutors.

Additionally, the complaint also stated that Parks, who had prior felony convictions, signed four registration forms for herself, which included the statement that she was not laboring under any felony conviction or other loss of civil rights that would make it unlawful for her to vote.

Moreover, the complaint noted that Parks had not had her right to vote restored.

The case was investigated by the Nevada secretary of state’s criminal investigators with the assistance of the FBI.

As a result of her actions, Parks was sentenced to serve 19 to 48 months in prison.