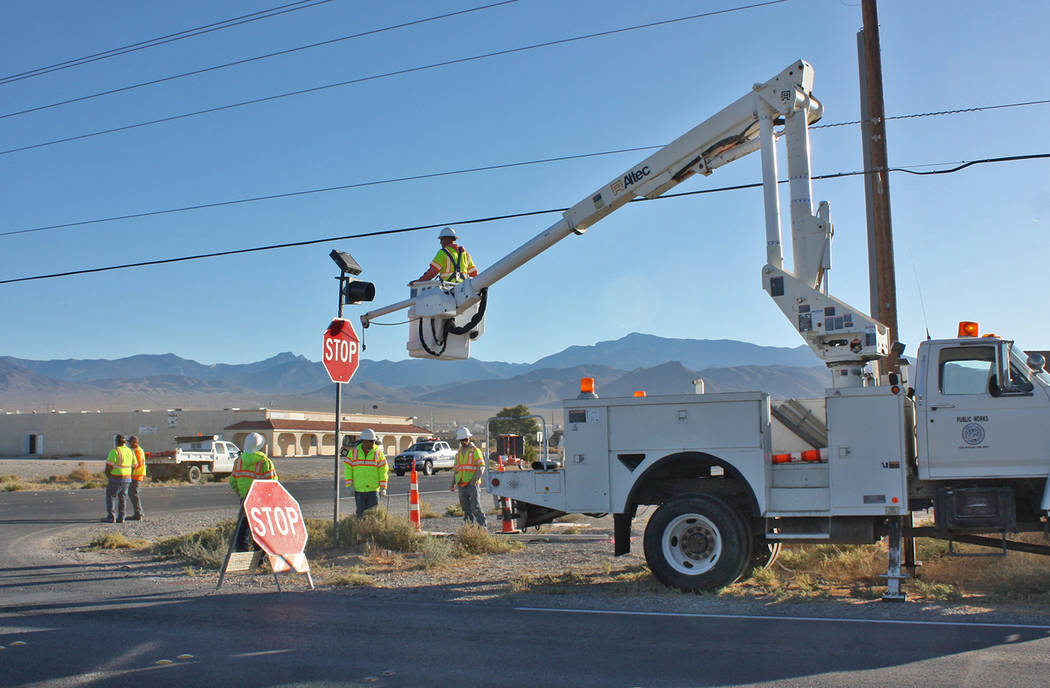 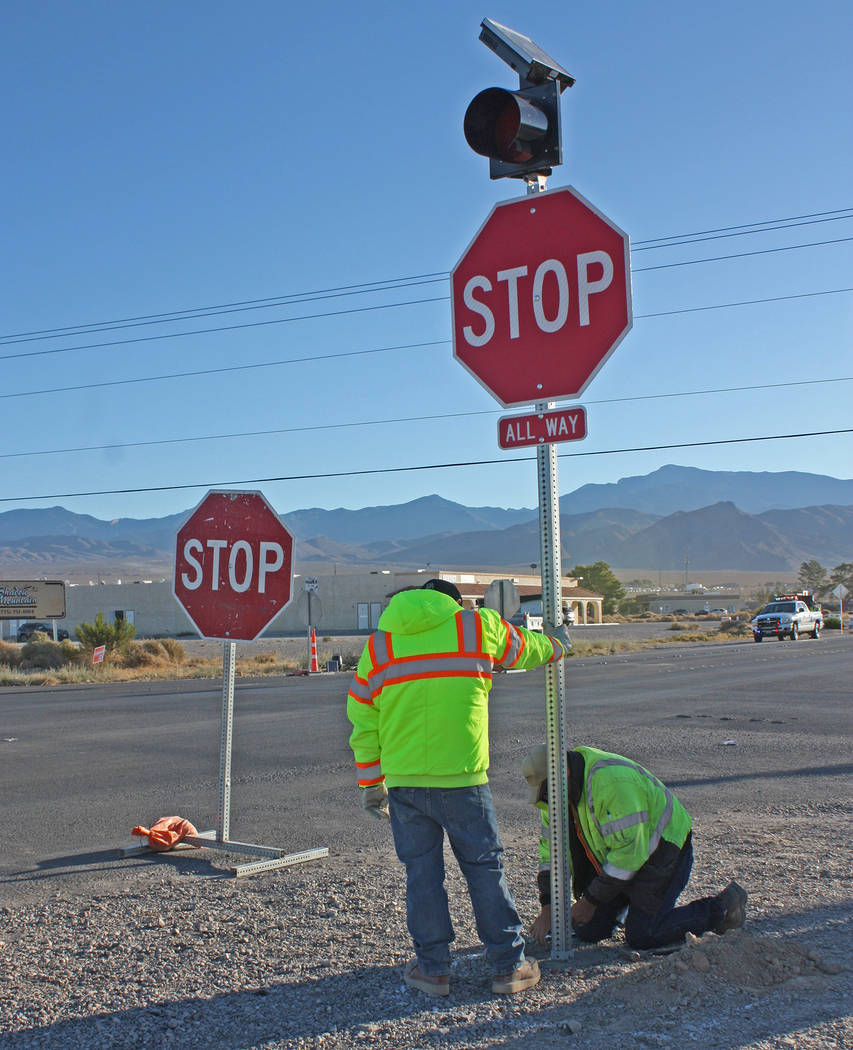 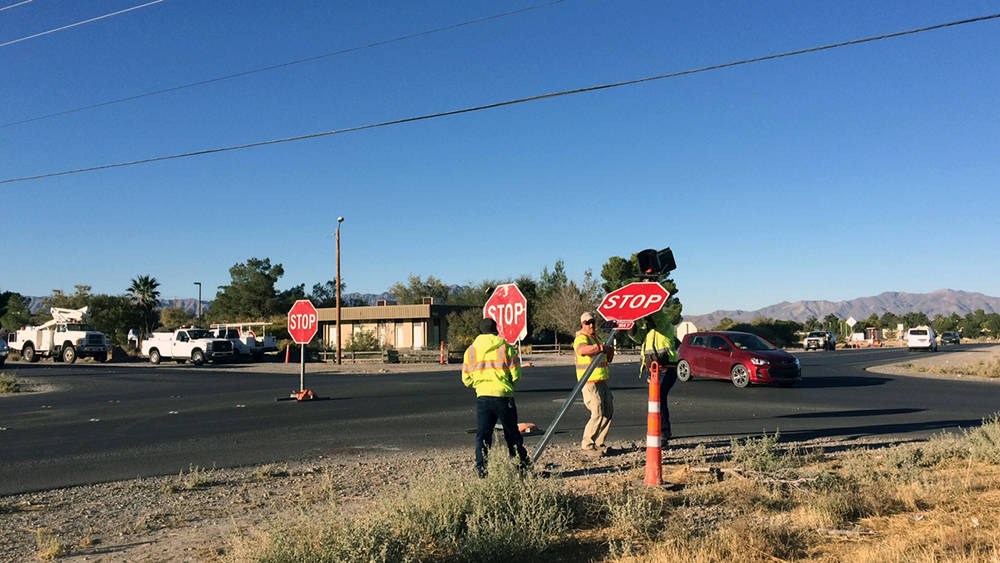 Yet another major change to traffic patterns in the Pahrump Valley was executed the morning of Tuesday, Oct. 22 when Nye County Public Works crews installed two new stops signs at Calvada Boulevard and Dandelion Street, turning the intersection into a four-way stop.

The change came at the recommendation of Charles Abbott Associates, a professional building and safety engineering company, which based its recommendation on crash data and traffic volume information provided by Nye County.

On crash data, the report states that there were 16 crashes reported since February 2013, which could have been avoided with a four-way stop. In just the last year, there have been six reported correctable crashes at that intersection.

The data provided met the threshold to warrant the installation of stop signs on Calvada Boulevard, which include the flashing red beacon lights on top. Crews will also be placing raised pavement markers on Calvada Boulevard as it approaches Dandelion Street, to help warn drivers that they are coming up to a stop sign, and will be refreshing the painted lines on the roadway.

At the same time of the install, road crews replaced one of the existing stop signs on Dandelion Street as well.

This marks the fourth installation of new stops signs in Pahrump in the past four months.