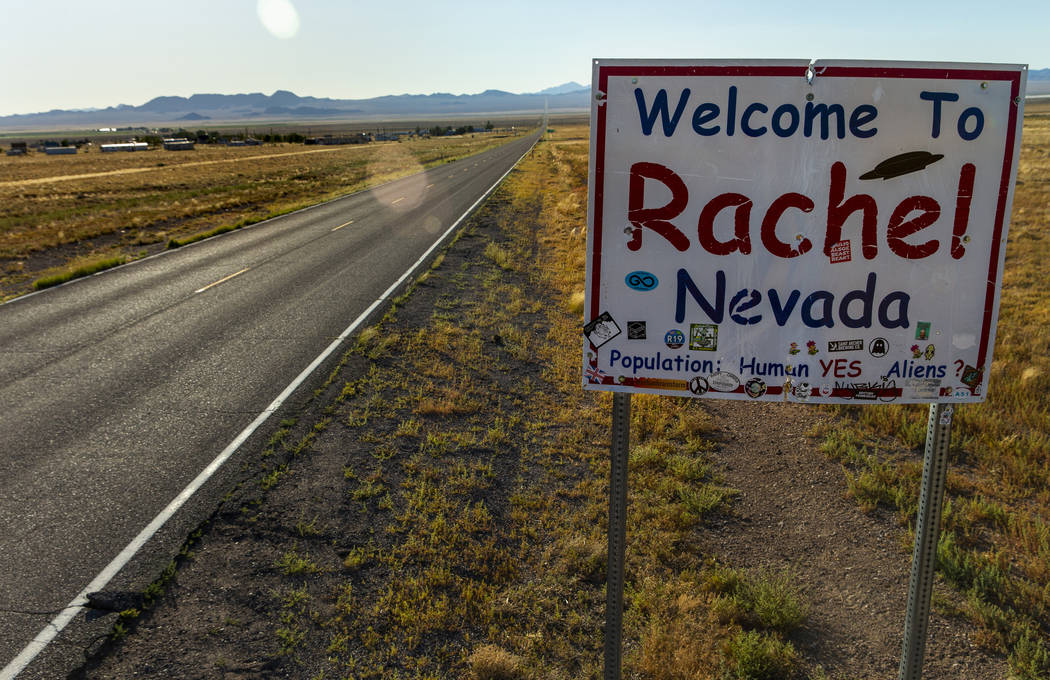 A sign welcomes visitors as they enter the town of Rachel, which is to be a gathering site for the upcoming Storm Area 51 in September. (L.E. Baskow/Las Vegas Review-Journal) @Left_Eye_Images 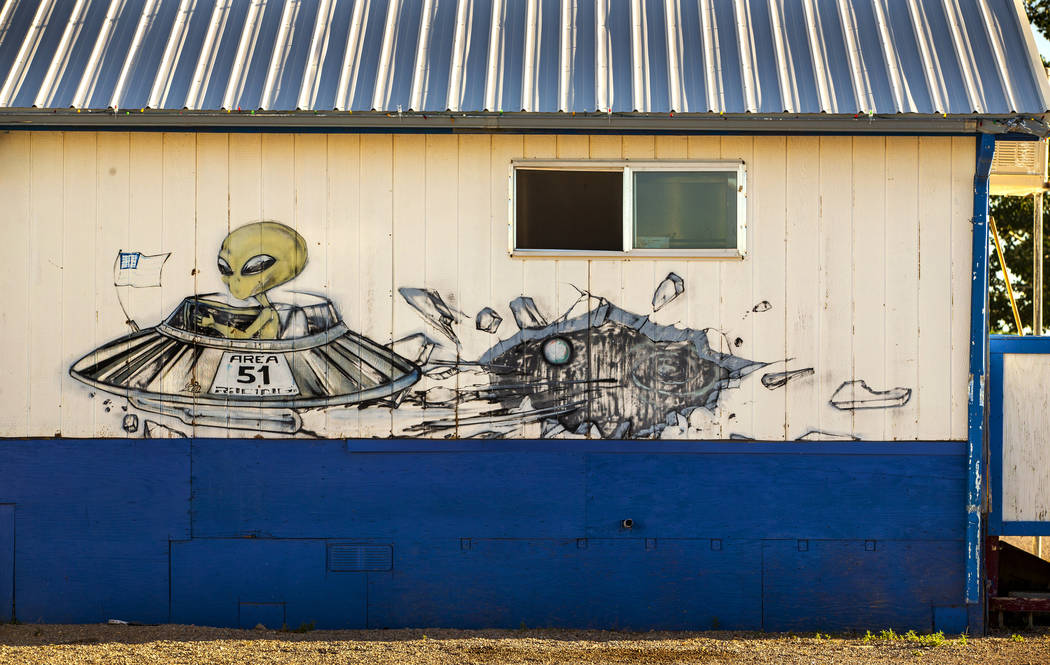 L.E. Baskow/Las Vegas Review-Journal An alien flying in his spacecraft is depicted on the outside of the restaurant at the Little A'Le'Inn which is to be a gathering site for the upcoming Storm Area 51 on Thursday, Aug. 1, 2019 in Rachel, Nevada.

Preparing for the unknown.

That game plan sounds right for a mass of people slated to “Storm Area 51” in hopes of seeing extraterrestrial life forms. But for officials expected to keep the state running smoothly during a possible large-scale event, it’s not ideal.

The original “Storm Area 51” event started out as a joke on Facebook to attempt to “see them aliens,” but it has morphed into a proposed three-day celebration. It’s still unknown how many revelers will actually show up.

State Department of Emergency Management officials met with Lincoln County officials last week to map out a tentative plan to handle the influx of UFO enthusiasts at two county-approved events: Alienstock on Sept. 20-22 in Rachel and the Storm Area 51 Basecamp Experience on Sept. 20-21 at the Alien Research Center in Hiko.

A big aspect of the weekend celebrations will be transportation and how revelers get to, from and around the sites.

Crews from the Nevada Department of Transportation will take part mostly in a support role, with Nevada Highway Patrol troopers handling traffic control. NDOT will close any roads deemed necessary, according to Mike Yates, the department’s assistant district engineer.

Though road closures associated with the weekend are unlikely, NDOT will work to spread word of any that come up, including through its public information office and permanent and mobile messaging signs.

“We are doing some staging of traffic control devices so that we have them there,” Yates said. “We’re putting our maintenance crew in Lincoln County on standby, which means that we can call them in at any time. We’ll do what we can.”

NDOT requested Lincoln County officials ask the events’ planners to file for temporary occupancy permits, which would give the department a better idea of what they’re dealing with in terms of attendance and expected motorists.

“We’ll see if there are any impacts and then ask them (the promoters) to mitigate them,” Yates said. “Until we see what their plans are, we won’t know what the impacts are.”

Since Lincoln County is not accustomed to having thousands of people show up at once, being prepared to respond with the proper resources is critical, Yates said.

An operations center will be set up in Lincoln County where state and county officials can work together to respond to any issue that requires attention, according to Yates.

The event will cost the state and county as they’ll be paying their employees overtime to work the area.

“We’re already planning on our guys having overtime,” he said. “There’s already an accounting process to be able to track all the costs associated with this. It then gets run back through the state Division of Emergency Management.”

Aside from worrying that someone may actually try to breach Area 51, officials are concerned that the event could become another Burning Man, Yates said.

“Burning Man took a long time to get where all the public health stuff was taken care of and traffic was at least tolerable,” he said. “This might be the first year of another Burning Man.”