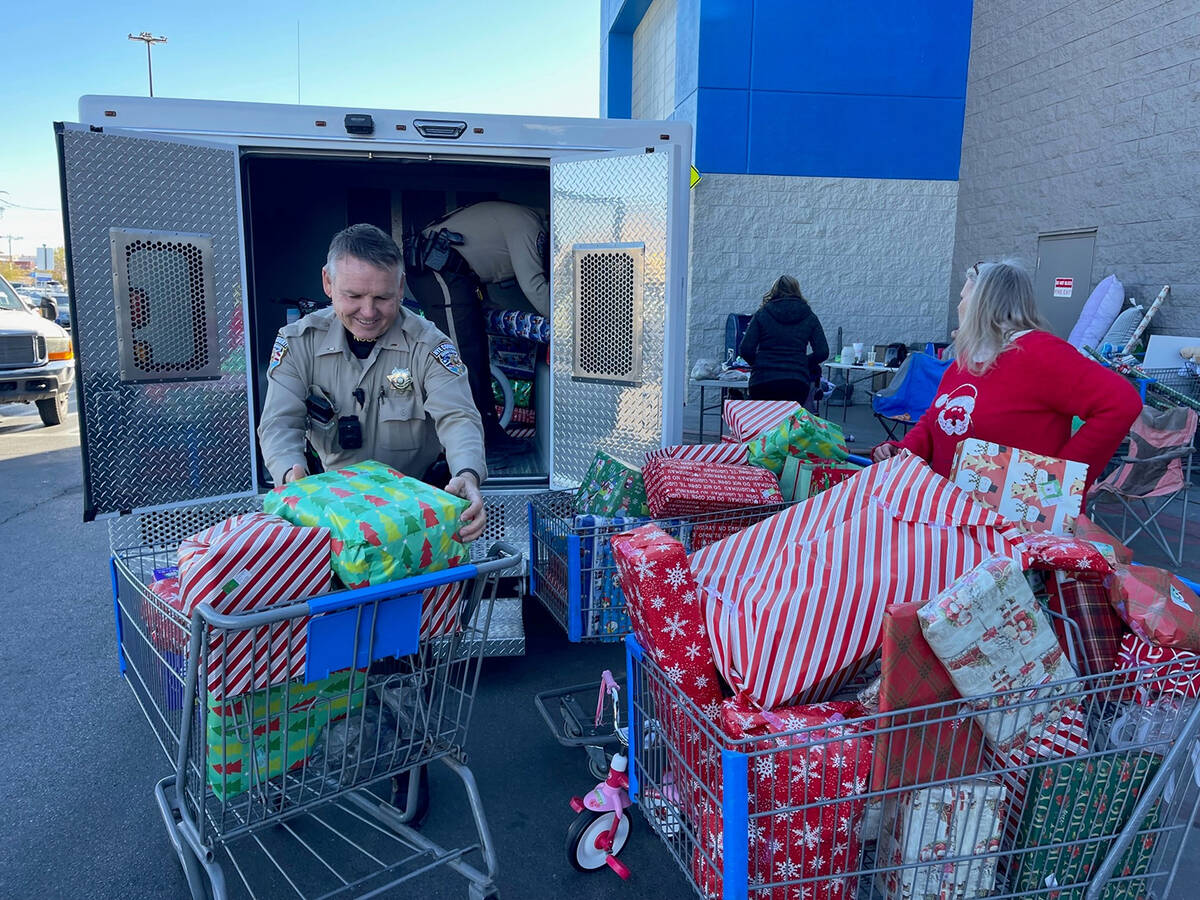 Special to the Pahrump Valley Times Nye County Sheriff's Office deputies and volunteers prepare to deliver Christmas gifts to area families as part of the agency's 11th annual toy drive on Saturday Dec. 18. Approximately $4,000 worth of toys and clothes were collected and distributed to area families.

Over the weekend, the agency, along with the Pahrump Disability Outreach Program and the Positive Pahrump organization, hosted their annual toy drive at the entrance of Walmart, where approximately $4,000 worth of toys and clothes were collected and distributed to area families deemed by the sheriff’s office as having a difficult time making ends meet during the holiday season.

The event is now in its 11th year, Capt. David Boruchowitz said.

“In total, 64 children were provided with toys from this toy drive, with approximately 400 toys being delivered by Santa and deputies this past Sunday,” he said. “Stephanie Avena, who is the face behind the Positive Pahrump organization, said she wanted to wish everyone a Merry Christmas, and thanked everyone who donated.”

Sheriff Sharon Wehrly said she was pleased to take part again this year in what she said is always a community-enhancing event.

“To see people caring about people they don’t know and treating children to Christmas is one of the events that I look forward to and support every year,” she said. “These events are the best parts of my job as sheriff. My dedicated staff, the volunteers of PDOP, and Stephanie from Positive Pahrump have truly brought about the magic of Christmas and try very hard to make it a reality for everyone. I want to thank them all very much. Merry Christmas and Happy New Year.”

Boruchowitz praised the efforts of all who participated in the year’s event.

“A big thanks to the PDOP volunteers for their countless hours in wrapping, preparing, and packaging the toys for delivery, and to the Nye County Sheriff’s Office staff, who spent their weekend delivering the presents with Santa Claus.”