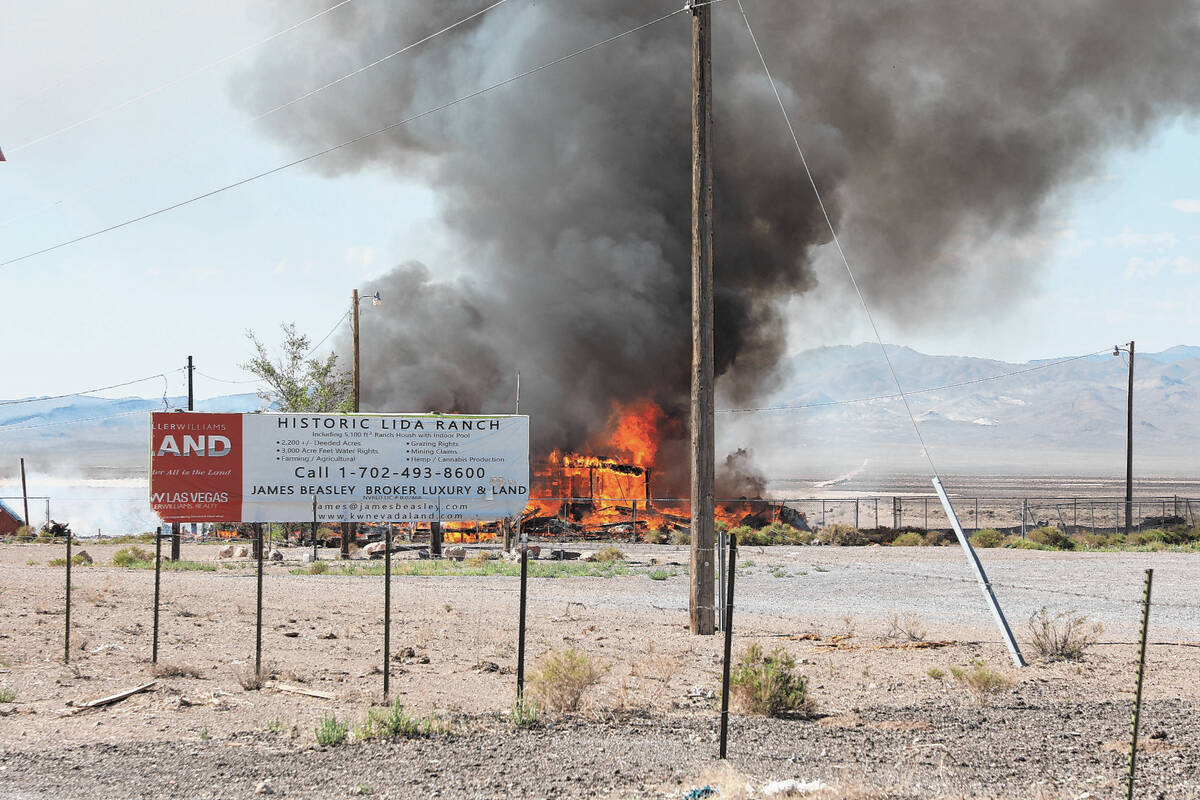 Fire destroys what is left of the Cottontail Ranch in Esmeralda County on Sept. 5, 2022. (David Gillum) 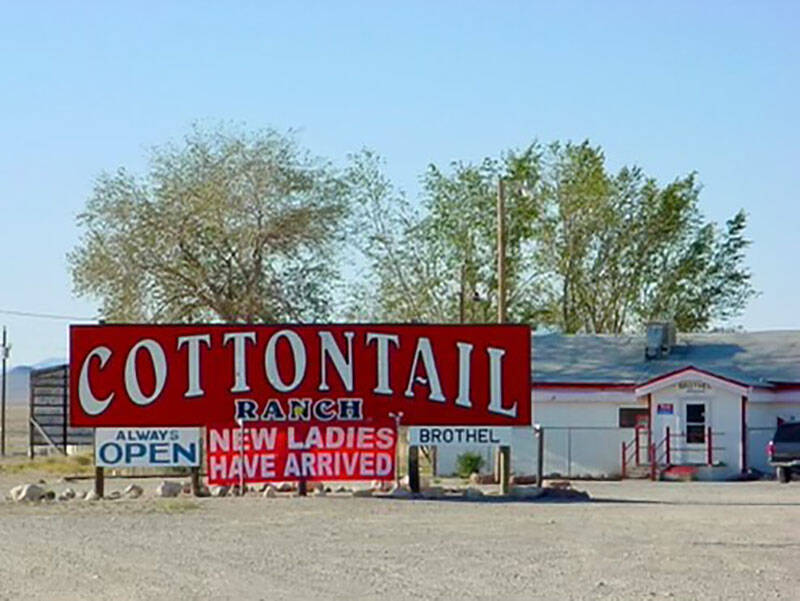 A long-shuttered brothel north of Pahrump with rumored ties to Howard Hughes burned down this week.

Cottontail Ranch, which stood at the intersection of U.S. 95 and Highway 266, burned down Monday morning.

The Esmeralda County Sheriff’s Office confirmed the destruction, but could not provide further details. Goldfield Volunteer Fire Department responded, but the firefighters could not immediately be reached for comment.

David Gillum, of Scottsdale, Ariz., said he was driving back from Goldfield on Monday after a weekend with his family when he saw the large plumes of black smoke near the highway.

He drove by around 9:50 a.m. and emergency crews were already at the scene.

“That building was deteriorating over time,” Gillum said.

He pulled over to take photos, which showed the thin-framed building fully engulfed in orange flames. A sign advertised the Historic Lida Ranch, a 5,100-square-foot ranch house with an indoor pool, was for sale. The trailer is 20 miles west of Lida and 15 miles south of Goldfield.

Nevada State Museum on Monday posted a goodbye to the brothel on Facebook, remembering its “fiery madam” Beverly Harrell. Harrell successfully battled the Bureau of Land Management when it attempted to force the property off federal land, and she ultimately lost a campaign for state Assembly in 1974.

Cottontail Ranch reportedly employed “Sunny,” who was rumored to be Hughes’ favorite sex worker, according to Review-Journal archives.

On the night in 1967 when Utah gas station owner Melvin Dummar claimed to have rescued Hughes from the Nevada desert, some believe the reclusive billionaire may have been in the midst of a trip to see Sunny. The spot where the Utah gas station owner said he picked up Hughes is about 6 miles south of the Cottontail, according to Review-Journal archives citing Dummar’s story.

Dummar insisted for decades that he was entitled to a share of Hughes’ estate, though a federal judge in Utah dismissed his legal claim to the money in 2007, according to a Review-Journal story from that time.

Most of the items inside the brothel were auctioned off in 2007.