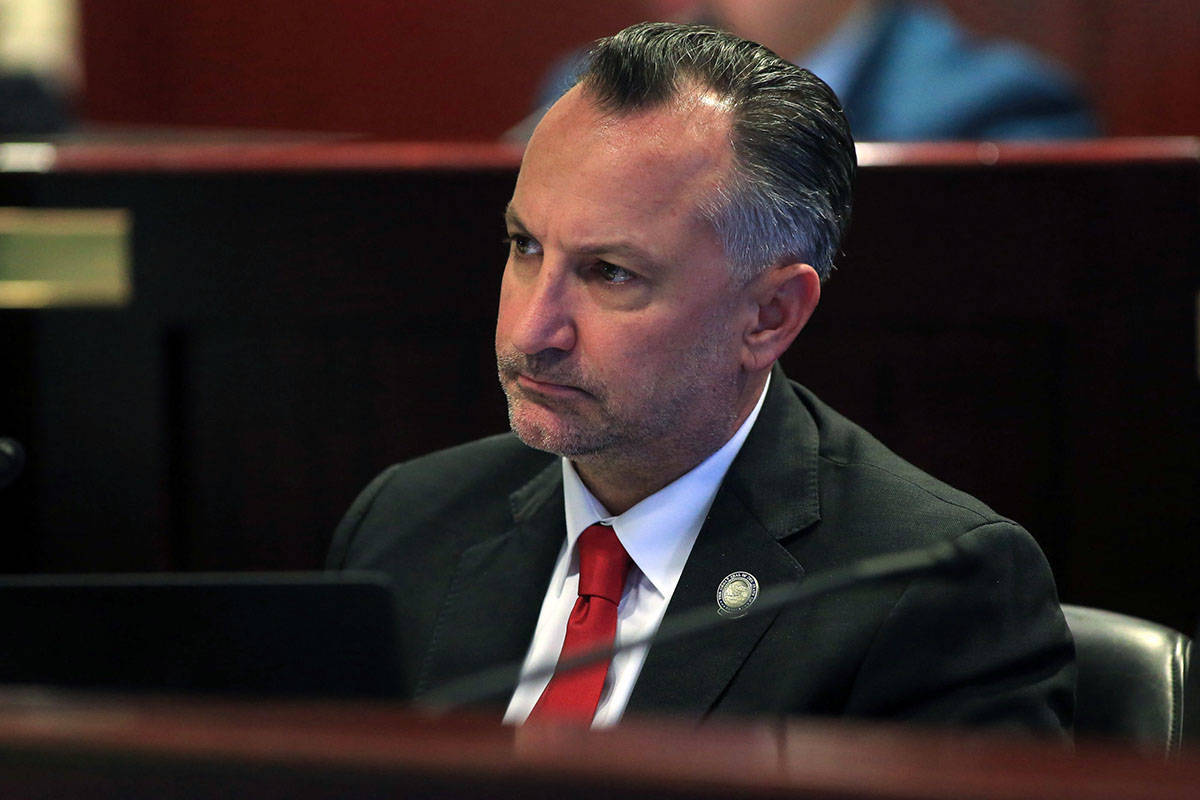 Senate Bill 448, introduced in the Senate on Thursday, would “capitalize upon our regional position in the western United States and all the resources that we have available to us to really make us the hub for this new energy economy,” said the bill’s architect and renewable energy advocate Sen. Chris Brooks, D-Las Vegas.

The plan, Brooks added during a virtual roundtable rollout for the bill, would let Nevada better tap into its renewable resources such as wind, solar and geothermal energy and be better positioned in the future to expand energy transmission.

Supporters said that the wide-ranging bill will help Nevada move toward its goal to reach net-zero carbon emissions by 2050 by increasing investments in electric vehicle charging stations, allowing for community solar projects and setting a time frame for when a major NV Energy project must be up and running.

Renewable energy advocates lauded the proposal, which comes with less than three weeks left in the Legislature.

“SB448 lays out a bold plan for this transition and will deploy more clean energy to power our homes, vehicles, and businesses and fuel our economic recovery,” Nevada Conservation League Executive Director Paul Selberg said in a statement. “We are glad to see that the energy efficiency and electric vehicle charging in the bill prioritizes historically underserved communities who have borne the brunt of the climate crisis.”

Specifically, the bill would require NV Energy to complete its Greenlink Nevada project by 2028, or about three years ahead of the company’s original time frame.

That project would build two new 525-kilovolt transmission lines to eastern, western and Southern Nevada. The northern segment would span roughly 235 miles from Ely to Yerington, across a part of the state where there is potential for solar and geothermal energy. And the western connection, a 351-mile line that would run from Yerington to Las Vegas, would pass through at least three solar energy zones.

The project is the biggest in the company’s history and could generate nearly $800 million in economic activity and some 4,000 jobs from design to construction.

Doug Cannon, CEO of NV Energy, said that the project will “ensure that the lights stay on for every Nevadan” and added that it would allow the state to more broadly tap into a western energy market.

“It’s all about connectivity,” Brooks, the bill’s sponsor, said. “If we have more connectivity already in place, we become a far better candidate for other developers to come and build their systems in our state.”

The bill also aims at tackling clean energy in the transportation sector, which makes up about 36 percent of the greenhouse gas emissions in Nevada.

Brooks’ proposal would require NV Energy to invest $100 million in five programs associated with electric vehicle charging stations, and 40 percent of that investment will have to go toward communities that have been historically underserved.

That investment will increase access across the valley to charging infrastructure, which supporters said is needed to accelerate the move towards electric vehicles and reducing carbon output from cars and trucks.

The bill will also increase the amount that utility companies must spend on energy efficiency programs for low-income customers, from the current 5 percent up to 10 percent.

“This comprehensive bill would create much-needed provisions for utility planning, transportation infrastructure investment, and transmission expansion that can support future regionalization to facilitate the use of clean energy and help Nevada reach its targets for reducing the carbon pollution that causes climate change,” said Cameron Dyer, Western Resource Advocates’ staff attorney in Nevada, in a statement. “Importantly, the measure provides significant investment in low-income communities that are hardest hit by climate pollution and will help drive job creation across our state as our economy recovers from the impacts of the pandemic.”

The bill, which is exempt from usual deadlines, was referred to the Senate Committee on Growth and Infrastructure. The Legislature has 18 days left before it must adjourn the session.