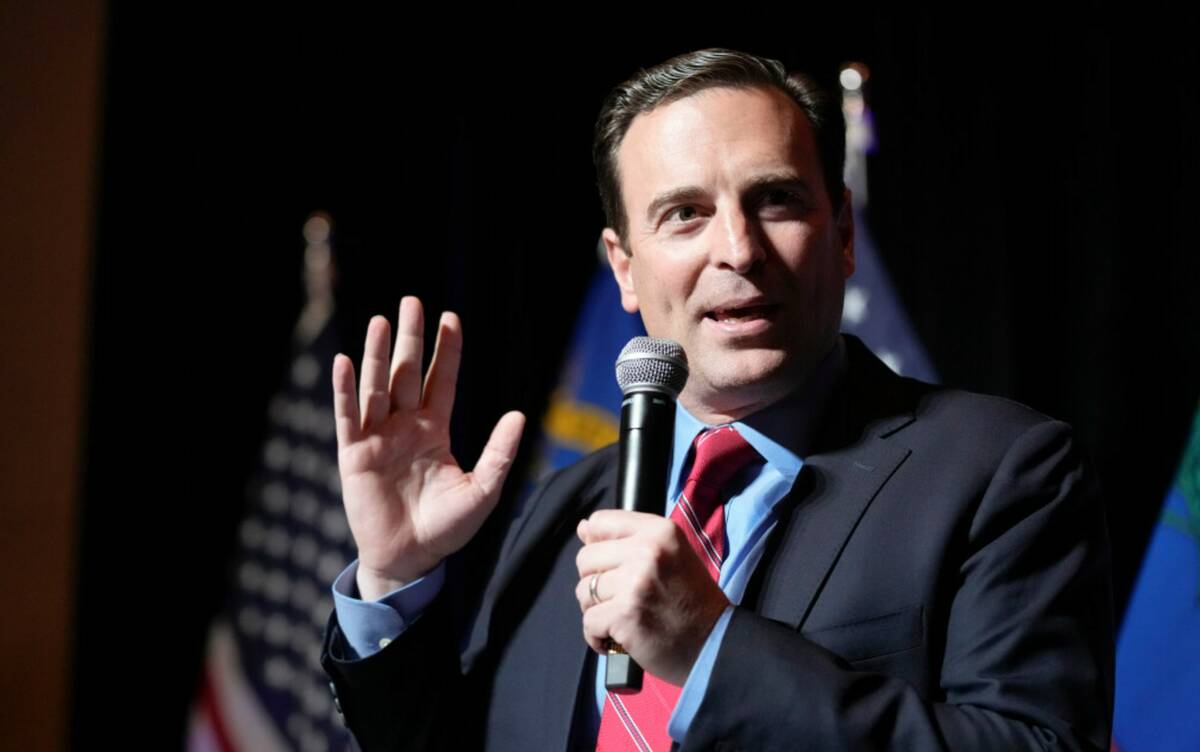 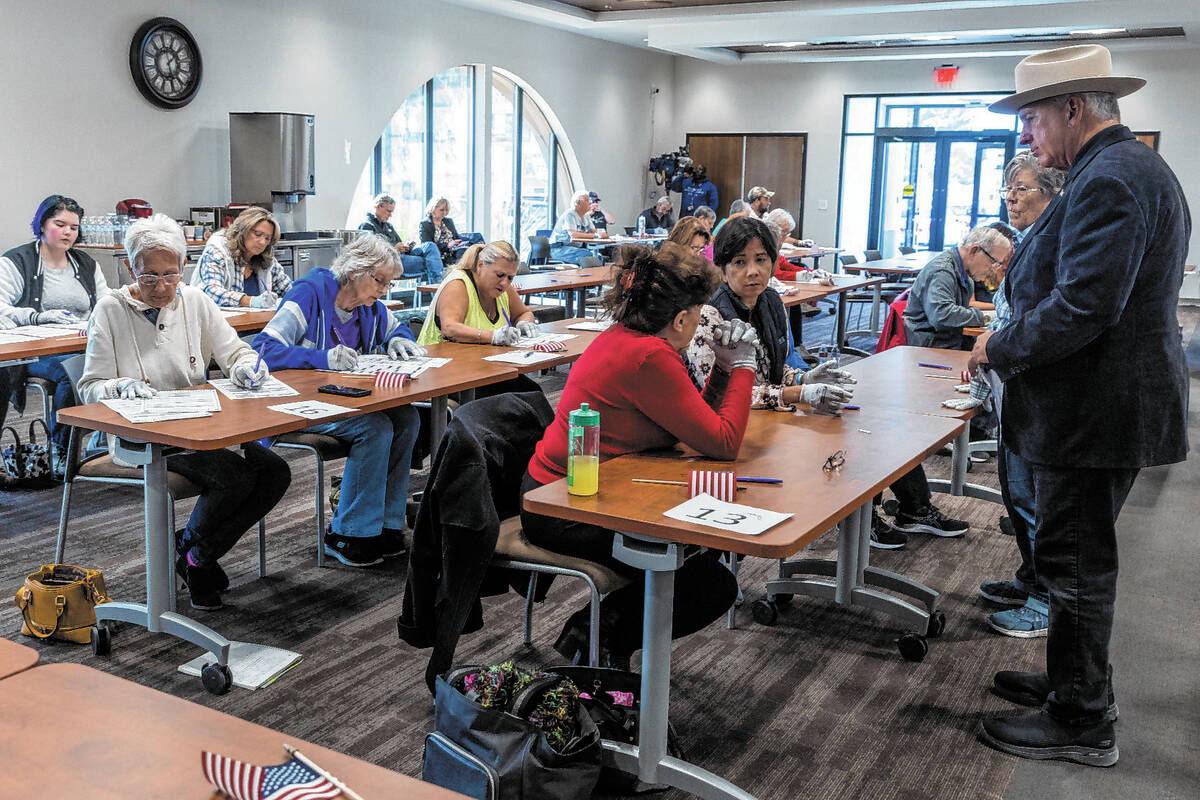 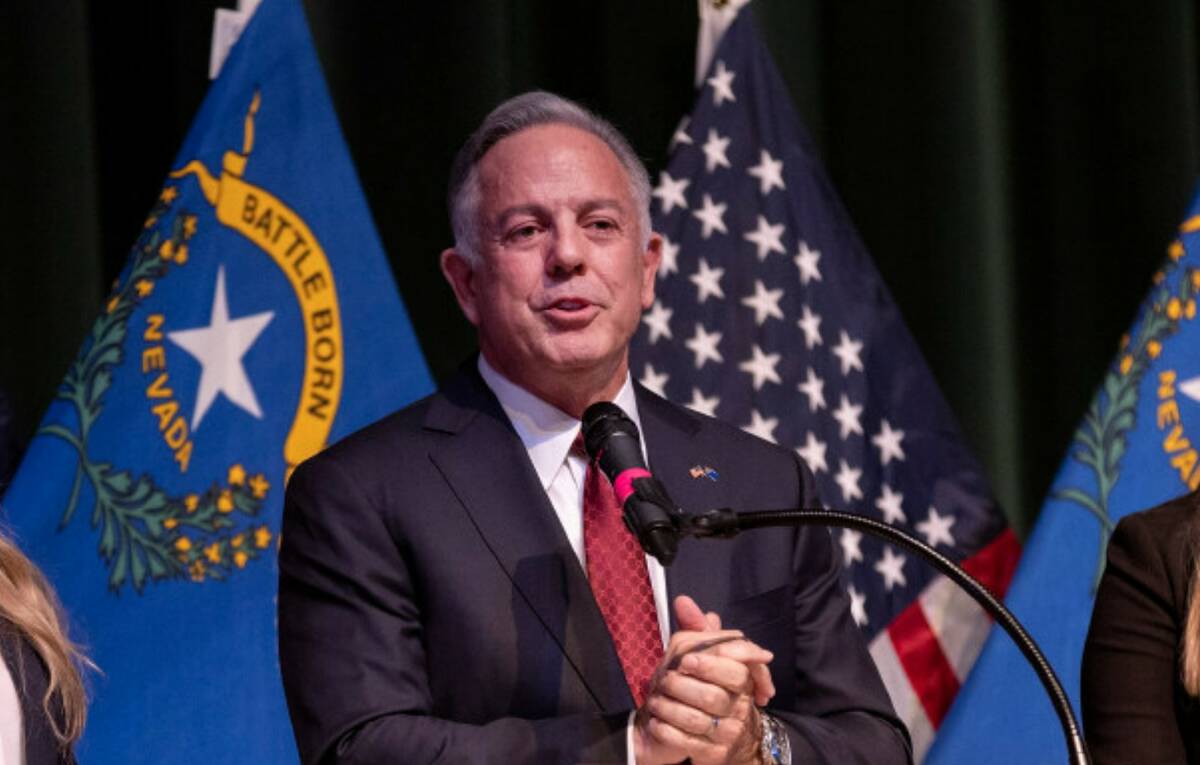 Nevada Republicans did not see the “red wave” they were expecting in the 2022 midterms.

While Nye County did not elect a single Democrat to local offices, the election played out differently outside of the county lines.

Democrats kept their seats in the U.S. Senate, House of Representatives and gained seats in the state Legislature.

The midterm penalty — the pattern where the party of the president in power tends to lose seats in the midterms — was all set up, with Democratic President Joe Biden’s low approval ratings, high inflation and other economic concerns.

What happened? And what does the Nevada Republican Party’s future look like?

Republican Gov.-elect Joe Lombardo won his race, while former Attorney General Adam Laxalt narrowly lost a U.S. Senate contest. Both had former President Donald Trump’s endorsement. Lombardo walked a fine line in the middle, for the most part not fully embracing Trump and his election denialism, while Laxalt was the face of Trump’s election fraud lawsuits in Nevada, although he walked back some of those stances by admitting that Biden is the legitimate president.

While 174 Republican candidates who denied the 2020 election results won their midterm race in their heavily Republican districts, Nevada election deniers did not do well.

Comparing stances on the 2020 election among Republican secretary of state hopeful Jim Marchant, who was an outspoken election denier, Laxalt and Lombardo, Lee noted that Lombardo did the best and Marchant did the worst.

In Nye County, however, Republican Mark Kampf, who has repeated false claims that Trump won the 2020 election beat his nonpartisan challenger by 14,979 to 4,412 votes to secure the post of county clerk. That means Kampf will be overseeing local elections here for the next four years.

Some political analysts and pundits say the Nevada Republican Party needs to think about its strategy as to what kind of candidates to nominate.

Amy Tarkanian, a TV political pundit and strategist who is also the former chairwoman of the Nevada Republican Party, suggests deep change in the party is necessary in order to be successful in the purple state of Nevada.

“I think we need a major overhaul. I think we just need to have candidates that are reasonable, rational and honest,” she said. “And actually understand the role of the position that they’re running for and be honest with people about the position it entails.”

Marchant, for instance, was telling voters that he could unilaterally make changes to election law if elected, which is not true, Tarkanian said.

“Despite party affiliation, you need to have candidates that are going to be honest with the voters,” Tarkanian said.

She also wants to see a change in the leadership of the party. Tarkanian is currently involved in a lawsuit against Nevada Republican Party Executive Director Alida Benson, alleging that Benson defamed her and the other plaintiffs when the party voted on a resolution to censure Republicans who had come out in support of Ford and other Democrats this election.

The Nevada Republican Party must also change its strategy in which areas of the state it targets, Lee said. It needs to win more urban districts in Las Vegas, but the party is centered in the rural areas. There is also a divide between the northern and southern parts of the state, Lee said.

“There’s uncertainty as far as what direction the party should go,” she added.

Nevada Republican Party Chairman Michael McDonald, however, said the future of the party has never been brighter.

“We have a governor who is leader of the party, who can lead us and help the party raise money. … To have that type of leadership, we’re blessed,” McDonald said. Lombardo’s leadership will be like that of Kenny Guinn, McDonald said. Guinn was a popular Nevada governor from 1999 to 2006.

The roots of the losses

Holding election deniers accountable was a top issue for Las Vegas Review-Journal readers, who submitted topics they want candidates to talk about before the Nov. 8 election.

“For every Republican candidate: Why do you continue to perpetuate the ‘Big Lie’ in spite of the fact there is no evidence of voter fraud?” asked reader Stephanie Selesnick.

In the six major battleground states where Trump tried to reverse his 2020 defeat by claiming election fraud, voters denied all election-denying candidates, the Washington Post recently reported, a “resounding signal that Americans have grown weary of the former president’s unfounded claims of widespread fraud.”

Lombardo won, in part, because Democratic Gov. Steve Sisolak was his “own worst enemy due to COVID,” Tarkanian said.

“I don’t know if it really mattered who was running against him. People were just very angry,” Tarkanian said.

Also, Lombardo walked a “fine line” with Trump, Tarkanian said. Even though he once at a Minden rally called Trump the “greatest president,” for the most part “he tried to play the middle, which I thought was very wise in a purple state,” Tarkanian said.

McDonald said that each candidate has to define election denying for themselves.

“The election system itself has to be redone. There needs to be more confidence in the election system,” McDonald said, noting that people want reform, especially when it comes to getting results quickly.

The biggest mistake for Laxalt, who Tarkanian said had everything a candidate could ask for — from money to endorsements on both ends of the Republican Party (Trump to Senate Minority Leader Mitch McConnell, R-Ky.) — was “aligning himself to McDonald and election denying without evidence.”

Dozens of judges around the country, including in Nevada, have dismissed election fraud lawsuits for a lack of evidence and Nevada’s own Republican Secretary of State Barbara Cegavske did not find evidence of election fraud that would have altered the outcome of the 2020 election, after her office spent more than 125 hours investigating claims submitted by the Nevada Republican Party.

Lt. Gov.-elect Stavros Anthony has also questioned election results, especially after a 10-vote loss in a Clark County Commission race in 2020. But the lieutenant governor’s race was different from others in that the incumbent was appointed and did not have the advantages that other incumbents on the Democratic ticket had, Lee said.

“Unfortunately, with the current makeup of the leadership, there’s not going to be much self-reflection. And until that pendulum swings back to sanity in the Republican Party, the people that are in charge are more concerned about having their title than they are about the party in general, in my opinion,” Tarkanian said.

McDonald, who has also clung onto unsubstantiated stolen election claims, when asked why Lombardo won versus other Republicans who leaned into election denialism, said Nevadans responded to Lombardo’s message and his vision. He said he thinks Lombardo will be the one to unite not only the Republican Party, but all of Nevadans.

“It’s good to have Sheriff Lombardo around, Gov.-elect Lombardo around. He’ll be the one that is able to drive the Republican Party,” McDonald said. “Clearly our base is very passionate, and they’re more engaged now than ever after this election cycle.”

Division in the party

Another reason for the lack of a red wave in Nevada is the division sown into the Nevada Republican Party.

Some longtime members of the party, such as Tarkanian, were “excommunicated” for speaking out against some Republican candidates. Tarkanian was part of a group of more than a dozen Republicans who in July crossed the political aisle to endorse Democrat Attorney General Aaron Ford over the Republican option, attorney Sigal Chattah, who they viewed as too extreme. Chattah had once said in a private text that Ford, who is Black, should be hanging from a crane.

“We had a Sigal Chattah, a (treasurer candidate) Michele Fiore all trying to emulate his misbehavior and thinking it was acceptable,” Tarkanian said. “And a state party that was willing to push it and bully people in the process.”

Trump announced his candidacy for president in 2024 on Tuesday, which Tarkanian thinks is not what people want.

Fissures have existed within the Republican Party over the past decade, Lee said.

Democrats also have that unity issue, Lee said, but they were able to work around it this election cycle. Democrats did not have to worry about who should be nominated since it had the incumbents, and they focused on playing defense.

The Democrats also did well because they raised a ton of money and found an issue that helped mobilize voters in a midterm election year: abortion, Lee said. If Republicans could have kept everything focused on the economy, then they could have performed better, Lee said. But issues of abortion and election integrity hurt them, Lee said.