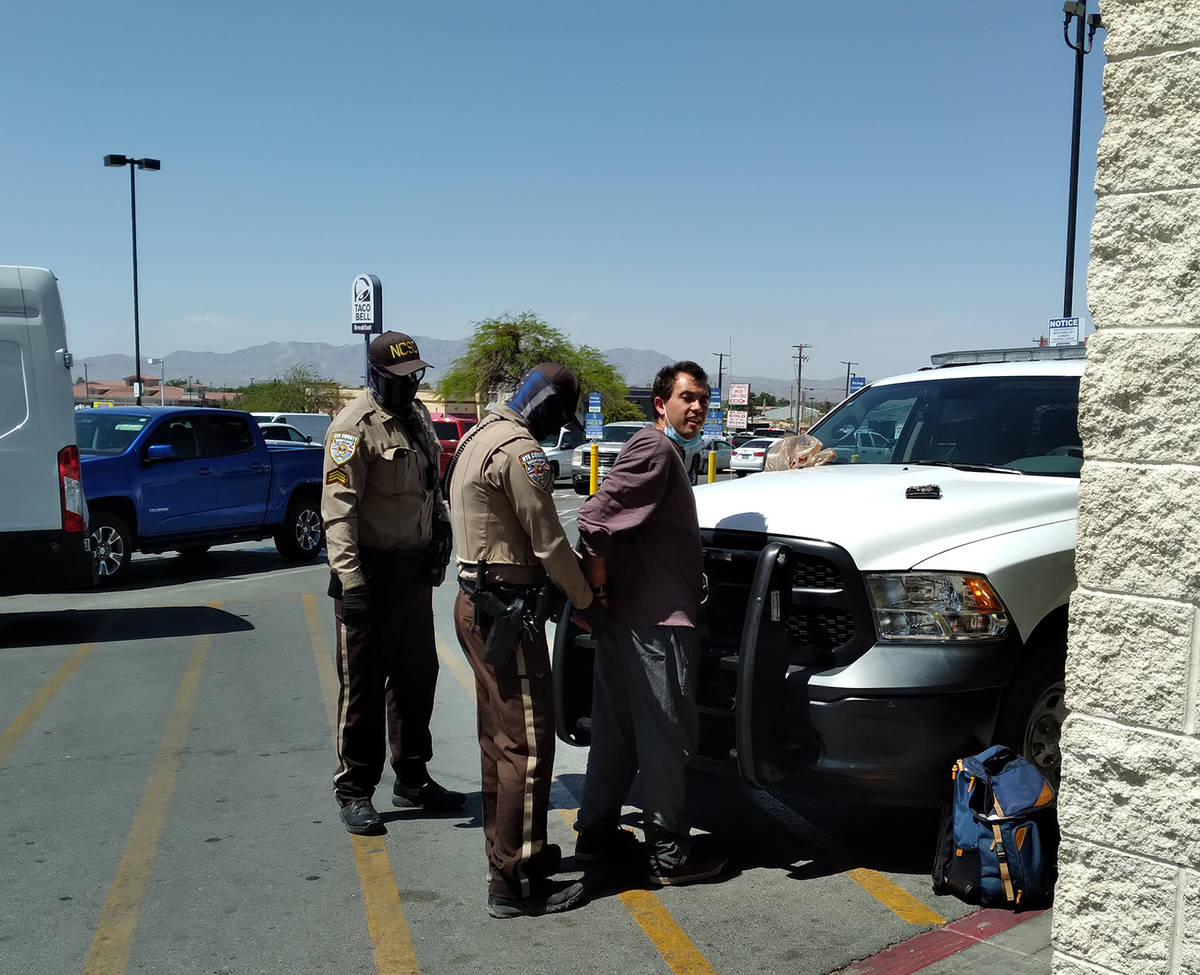 A Pahrump man was taken into custody after allegedly threatening passersby along Highway 160 at Matthew Lane just before 12 p.m., on Wednesday, April 21.

Nye County Sheriff’s Office dispatchers received multiple reports of the unidentified man standing at the intersection making what was perceived as threatening gestures to motorists near Taco Bell.

Deputies eventually made contact with the individual at Smith’s supermarket, just a short distance from Taco Bell.

After running his name through dispatch, it was determined the man had an outstanding warrant for his arrest.

The man was then placed in handcuffs and transported to the Nye County Detention Center without further incident.