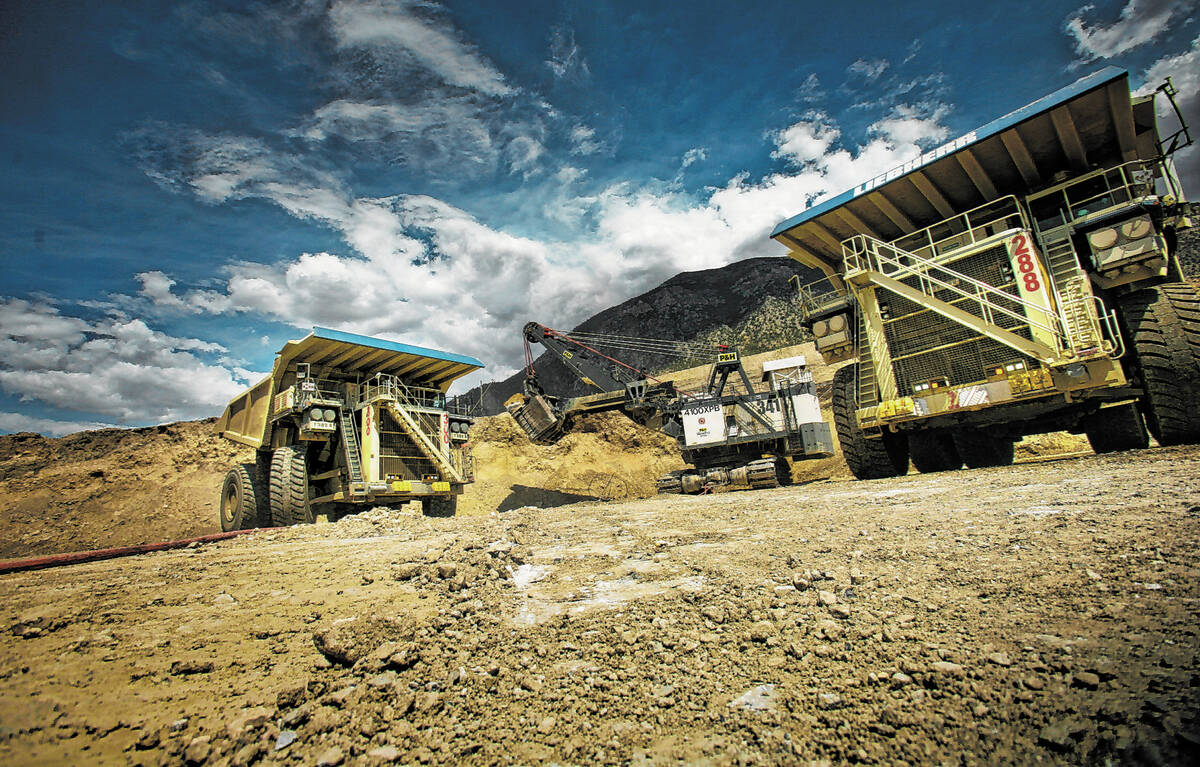 South Africa-based AngloGold Ashanti Ltd says it could create as many as 300 to 500 jobs near Beatty, if its study to construct a mining operation in the North Bullfrog district outside the town proves feasible this year. Shown here, P&H electric mining shovel loads a Liebherr T282B trucks at the Barrick Gold Corp. Cortez mine, located about 70 miles southwest of Elko, Nevada Tuesday, Aug. 7, 2012. (Jeff Scheid/Las Vegas Review-Journal) 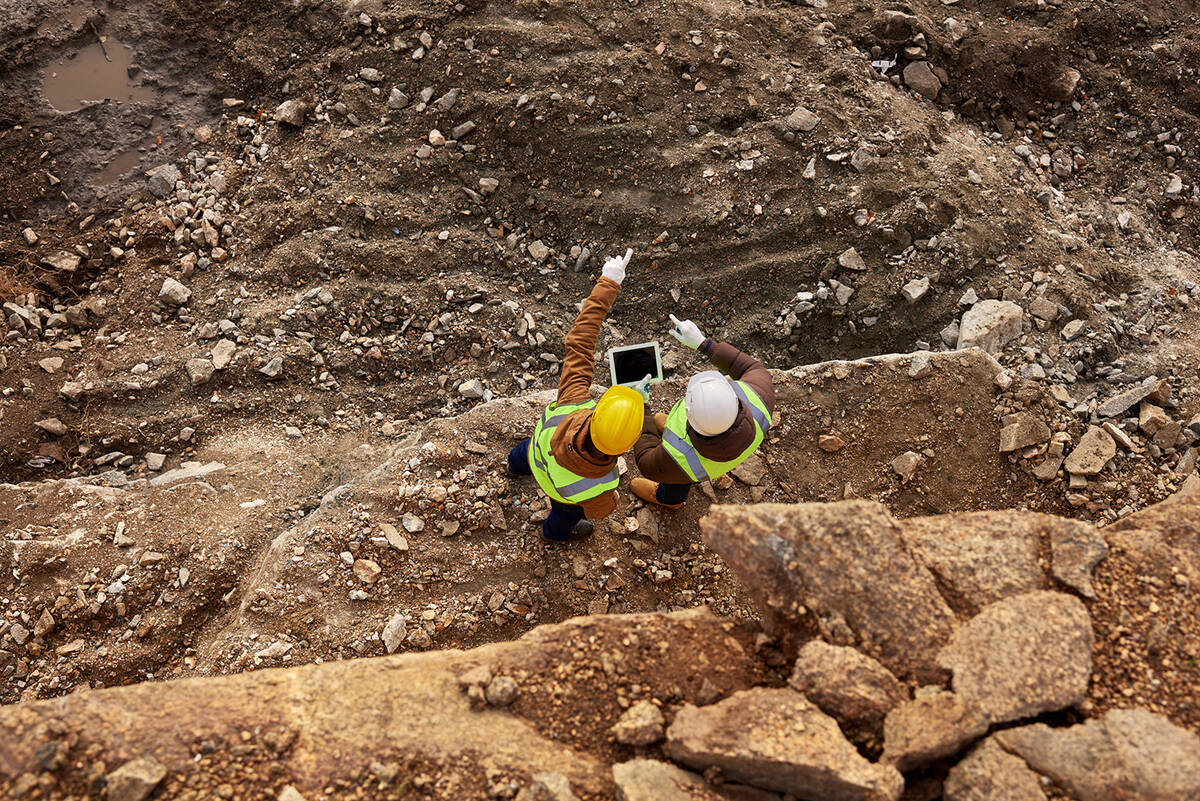 South Africa-based AngloGold Ashanti Ltd says it could create as many as 300 to 500 jobs near Beatty, if its study to construct a mining operation in the North Bullfrog district outside the town proves feasible this year. Top view shot of two industrial workers wearing reflective jackets standing on mining worksite outdoors using digital tablet. (Jeff Scheid/Las Vegas Review-Journal)

A South Africa-based gold company says it could create as many as 300 to 500 jobs near Beatty, if its study to construct a mining operation in the North Bullfrog district outside the town proves feasible this year.

Those jobs could help with the town’s economic recovery, said Wayne Chancellor, vice president and general counselor for AngloGold Ashanti Americas Inc., who told Nye County commissioners this month, that the company has invested more than $30 million in mining exploration and related activities near Beatty since it began prospecting in the county in 2017.

Chancellor did not indicate how much the jobs could pay, but the state’s economic development office lists the average salary of miners at $83,000 annually. For every mining job created, the state office says there are four other jobs that provide goods and services to the industry.

In January, AngloGold Ashanti Ltd. acquired Canada-based Corvus Gold Inc., which had launched a number of operational pipelines near Beatty, including the revival of gold exploration in its North Bullfrog district.

“Nevada is a robust mining community, and has a strong history in [gold mining],” said Chancellor, who added that the company would provide more economic opportunities for Beatty, while overseeing environmental remediations to help restore the local environment that was ravaged by past mining operations.

“There are stories — and Beatty is one of them — where mining companies come in and establish an operation, and it will be very good for the community for a period of time,” Chancellor said. “But when they leave, sometimes the community doesn’t have a sustainable infrastructure, or doesn’t have sustainable businesses that can continue once the mining companies have left, and you see that in Beatty.”

Mining in the area dwindled until modern exploration at the North Bullfrog project area resumed in 1974. Some prospecting continued there until 1996, during which time several companies mapped, sampled and drilled in the area. But major players in the industry – including Barrick Gold Corp. — had largely abandoned the area by 1998, when prices of precious metals declined.

At its peak in the 1990s, as many as 504 miners worked at Beatty’s Bullfrog mining operation – but only a fraction of those workers remain. Following the collapse of the mining industry, Beatty’s total population has dipped to about 800 and about one in five in the town live in poverty.

“Really the community has never been able to recover from that,” Chancellor said of the town’s mining exodus.

While AGA’s latest mining operation could have a potential life expectancy between 10 to 15 years, Chancellor said the company is committed to making the community better off while its miners operate there, and well after they leave.

“It’s a responsibility we take very seriously,” he said.

Nye County Commissioners encouraged the company to work diligently with local recreational groups in the area as it begins to explore the desert lands for its potential of precious metals.

“Beatty is a very nice town and community,” said Nye County Commissioner Bruce Jabbour. “We want to be able to protect them as well.”

AngloGold Ashanti Ltd. is the third-largest gold mining company in the world.

It has 11 mining operations on three continents and employs more than 36,000. In 2020, the company produced more than 3 million ounces of gold.