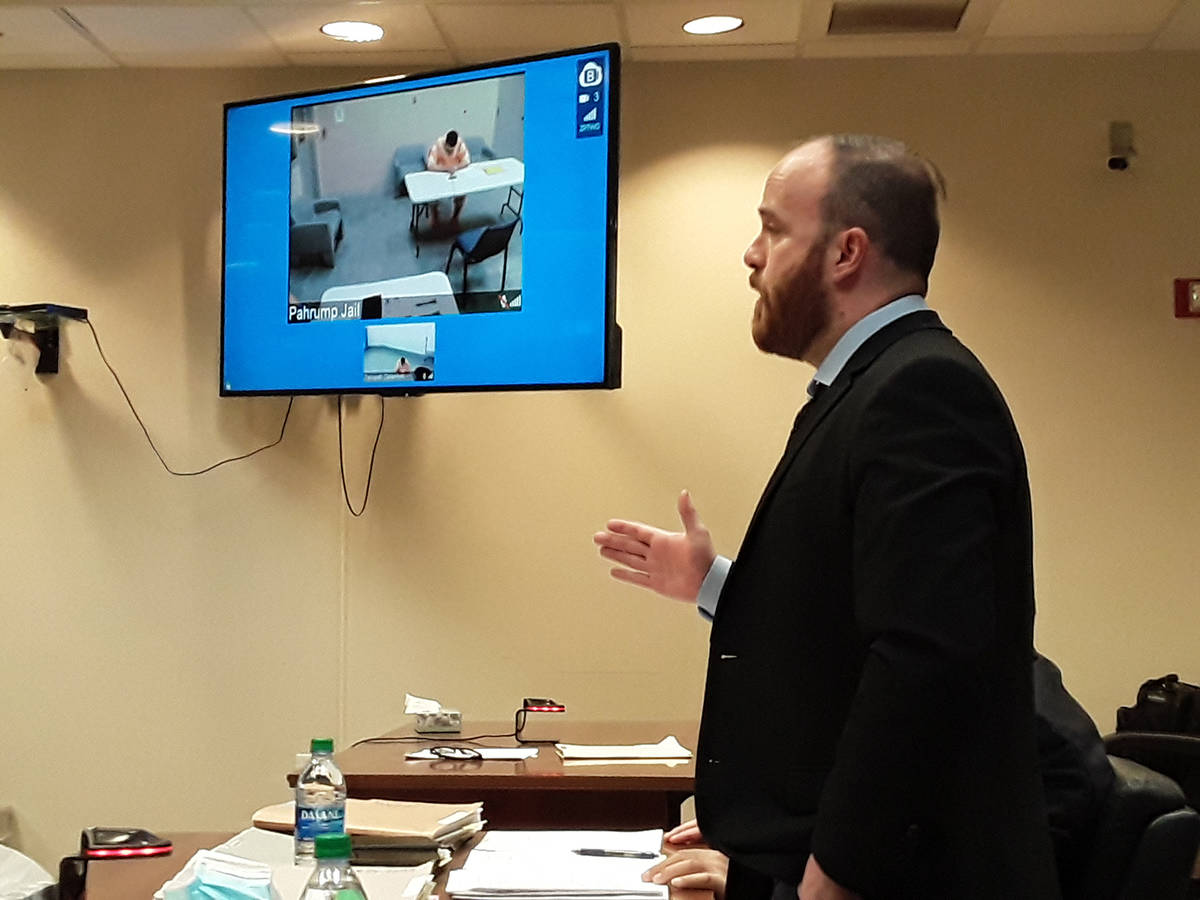 The co-defendant who was charged with murdering his mother received the maximum sentence under Nevada law during his sentencing hearing on Friday, Oct. 23.

Nye County Fifth District Court Judge Kimberly Wanker has sentenced Dakota Saldivar to life in prison with parole eligibility after 10 years for second-degree murder, plus an additional eight to 20 years for use of a deadly weapon for his role in the July 2018 killing of his mother, Dawn Liebig.

Prior to Wanker’s sentencing, defense attorney Brent Percival tried to persuade the judge for a lighter sentence.

“Unfortunately, Dakota’s life is kind of an illustration of what happens when our family unit breaks down, our adult influence’s health breaks down and people don’t get the help they need from the outside,” Percival told Wanker. “Dakota is the fourth son of four boys. Three were half-brothers. From the time he was very small, Dakota had very little positive male role models or influences. His biological father was only a passing influence in his life. He had very rare contact with Dakota.”

“Your honor, I’m going to be brief because the state’s position on this case is pretty self-evident,” Pitaro said. “On or about July 20th 2018, Mr. Saldivar willfully, unlawfully, and deliberately killed Dawn Liebig, a human being. But more importantly, his mother. To accomplish this unspeakable act of matricide, Mr. Saldivar stabbed her in the neck multiple times. She was also hit in the head with a hammer by the co-defendant. This went on for 25 minutes.”

Pitaro also spoke about his prior career as a professional fighter, in relating to the murder.

“I have been on the receiving end of a beating, so I can tell you that in 25 minutes, you learn that time is relative,” he said. “That 25 minutes, most likely lasted an eternity. After which, he and Mr. Wilson placed her body in her vehicle, and drove her out and buried her. For what reason, would you ask, why did this happen? All because Mr. Saldivar could not tolerate the victim’s complaining.”

Additionally, Pitaro addressed Saldivar’s upbringing in regard to Percival’s argument.

“I listened to defense counsel’s arguments about Mr. Saldivar’s upbringing, and it didn’t sound great, but, for every one person who has that kind of upbringing, and murders their mother, I can show you a dozen who have had that same upbringing and rise above it, and become productive members of society,” he said.

Following Pitaro’s argument, Judge Wanker gave Saldivar an opportunity to address the court prior to sentencing.

“It goes without saying that after spending two years and two months in jail, it gave me a lot of time to think about it and I do full-heartedly regret it,” Saldivar said in part. “I still love my mother with all my heart. She’s the only one who has my heart and I wish I could have done something else but as Mr. Percival said, there wasn’t anything to do. The defense that the DA made, that it lasted 25 minutes, that was stated by myself and my co-defendant, but scientifically speaking, something of this nature does not take 25 minutes. I’m just at a loss of words. I would have to agree with Mr. Percival on a lot of the arguments that he did make, if not all.”

Saldivar also appeared to appeal for help from Judge Wanker during his statement.

“I wish I can express how sorry I am, but I was never one with words,” he said . “I need help, your honor. I don’t know what to do. I want to change the person that I am. I want to become a better person. Like I said, I do love my mother. She’s the only one in this world that I love more than anything, and I just wish I could just go back. Thank you, your honor.”

“The judge ordered that the two sentences run consecutively so it is basically an 18 years to life sentence,” Arabia stated in the release. “It is important to note that under Nevada law, the maximum possible sentence for a first-degree murder conviction would have been 20 years to life, because Saldivar was only 17 years old when he committed the murder. I just hope this helps with the healing process.”

“Because Saldivar was 17 when he and his half-brother Michael Wilson, also 17, at the time they murdered their mother, life without parole was not an option under Nevada law, even though we prosecuted them as adults. Wilson got the same 18-to-life sentence last month. They will both be in for life, unless the parole board decides to let them out someday. Saldivar and Wilson stabbed and bludgeoned Ms. Liebig as she slept. She woke up and cried for her sons’ help, not realizing they were the attackers. After she died, the two sons buried her in a shallow grave near the family home. This was definitely a case where it is important to secure long sentences, both to pay respect to Ms. Liebig’s memory and to make it clear that our community won’t tolerate this sort of brutality.”