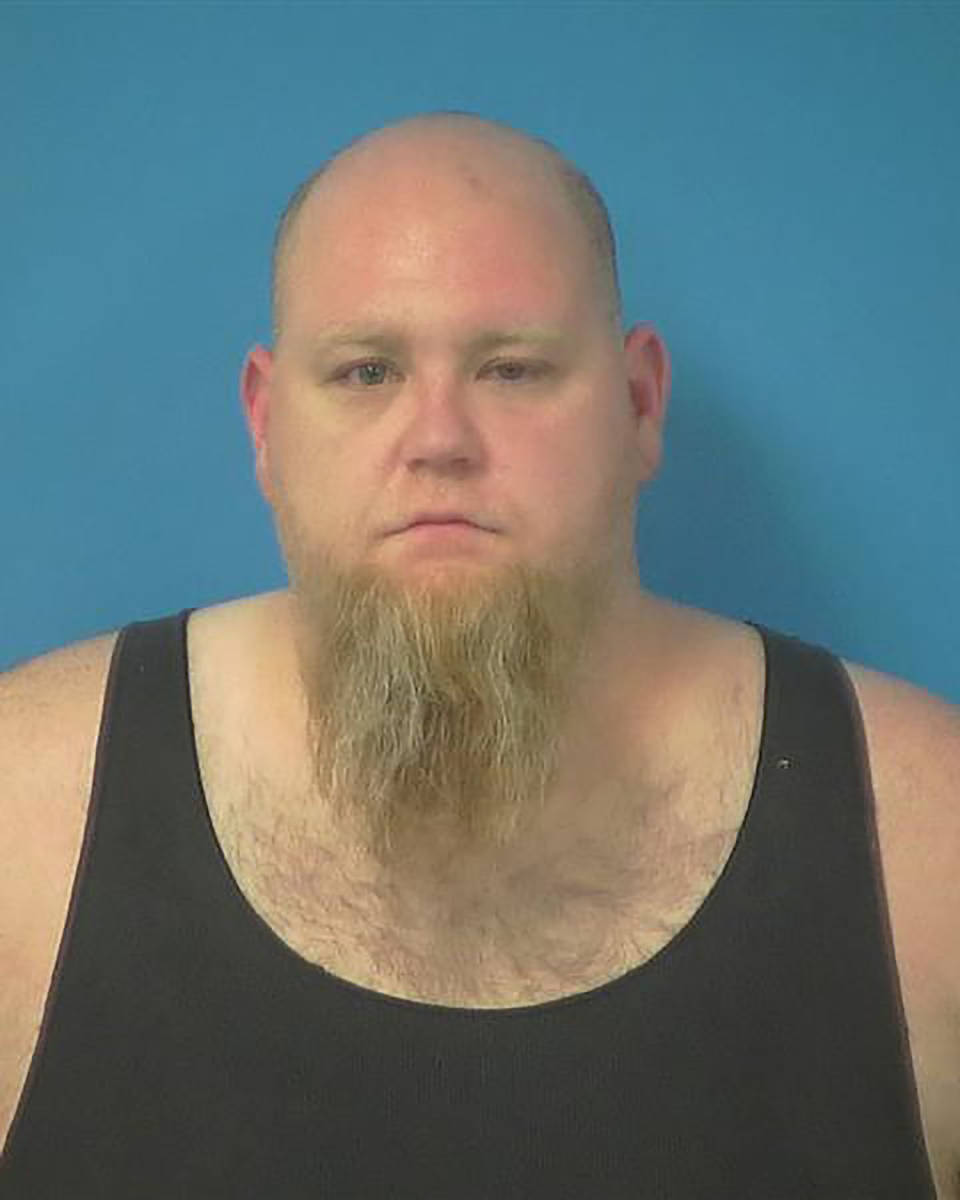 Photo provided by Nye County Sheriff's Office Cole Engelson, 38, was convicted of first degree murder this month in the 2017 killing of his girlfriend's 3-year-old daughter Yessenia Camp. Prosecutors are seeking life in prison without the possibility of parole when Engelson is sentenced Feb. 1, 2021. 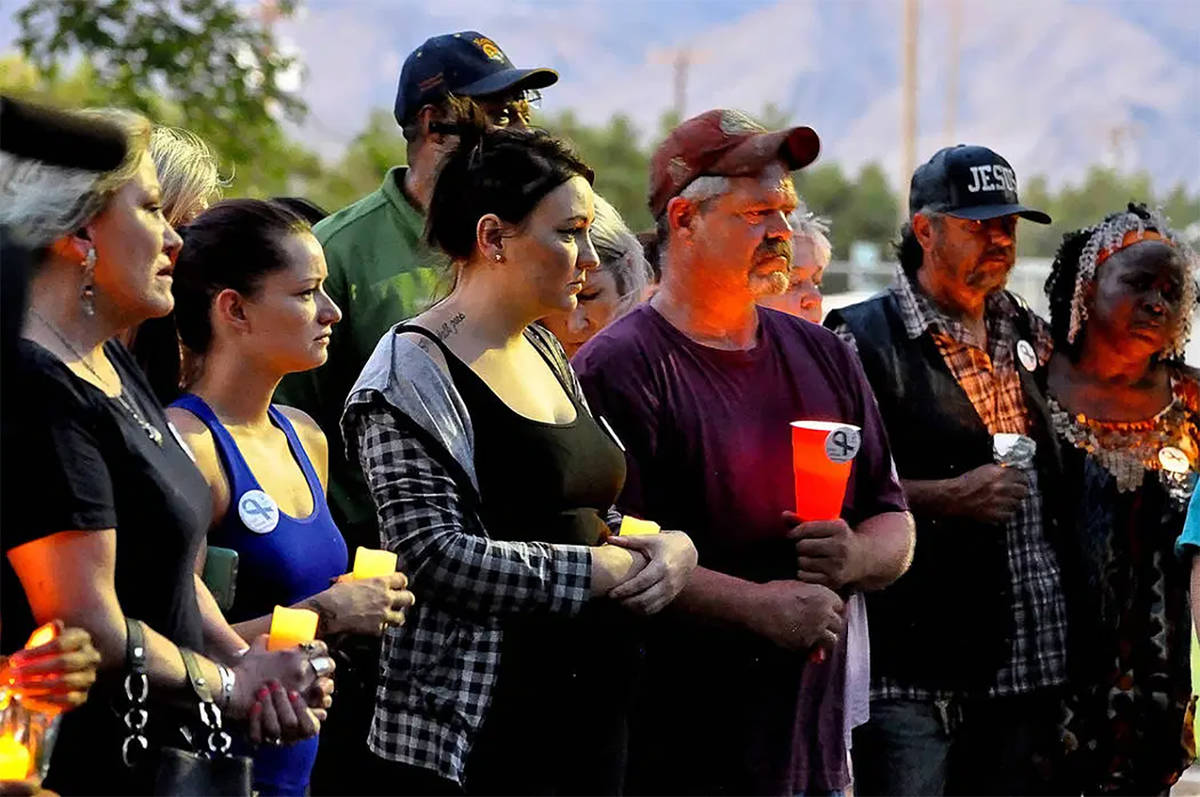 Horace Langford Jr./Pahrump Valley Times Members of the community held a candlelight vigil in the days following the beating death of 3-year-old Yessenia Camp back in July of 2017.

“This case is devastating to people who never even met little Yessenia, so it’s impossible to imagine how devastating this has been for her mother, sister, and brother,” said Nye County District Attorney Chris Arabia. “We just hope that her family can find some closure and that Yessenia somehow knows that she wasn’t forgotten.”

Covering all of the bases

The jury, Arabia said, deliberated for roughly two hours, before reaching a verdict.

“We nailed this case backwards, forward, up and down,” he said. “We just had a complete case, and it wasn’t a close call by the time we got done with it. I think it was 33 witnesses. I couldn’t tell you how many exhibits, but it was definitely in the hundreds. I felt that we had to put the best possible team on the field and that meant it would be myself and Chief Deputy District Attorney Kirk Vitto. We weren’t messing around.”

Arabia also addressed the amount of time it took to bring Engelson to trial, while noting that counsel for the defendant changed several times since his arrest.

There were also close to three dozen witnesses who provided testimony.

“It is standard for it to be at least a year,” he said. “Covid was the reason why it didn’t go earlier this year. It takes a while and we were thrilled to actually get this to trial, because I believe Clark County shut down their courts on Tuesday, so we were nervous about getting it in under the wire because we had witnesses come from Georgia, Oklahoma, Massachusetts, Washington state, and Oregon. This is the kind of case where we were going to do whatever it took, because that’s what we stand for as a community.”

While speaking to the Pahrump Valley Times this week, Arabia described the nature of the physical trauma the child experienced.

It should be noted that Engelson weighed roughly 350 pounds when he began attacking the child, who sustained numerous injuries, including a skull fracture, hemorrhages in both eyes, lung damage, along with dozens of bruises and other injuries all over her body.

“The injuries this child suffered were so horrible, because she had severe eye hemorrhaging,” he said. “It’s possible to get an injury like that in a car accident, or if you fell out of a six-story window. It was savage, and she had a fracture in the occipital bone, which is the hardest bone in the skull. She also had abrasions, contusions, and bruises everywhere. The medical examiner had to list the injuries by region, because they were so extensive.”

The lifesaving efforts of Pahrump first responders were also a topic Arabia spoke about.

“Pahrump Valley Fire and Rescue arrived and they charged right in there doing compressions on her,” he noted. “There were never any signs of life, but they did everything they could on the way to the hospital. The emergency room staff was heroic and the ER doctor testified that there were ER nurses who were actually crying. It wasn’t necessarily the most germain aspect to the case, but I discussed them just because we have very supreme, high-quality people in those positions. This crime was devastating to people in this community and I’m one of those people, even though I never met her. It’s really beyond description.”

“At that moment, her life expectancy was about 80 years, but it turned out that it was only about 18 hours,” Arabia said. “This was a 350-pound man at the time and the little girl weighed only 37 pounds. The jurors deserve a lot of credit, because they had to look at and listen to some horrible things, but they stepped up and served this community.”

The district attorney also complimented the efforts of his prosecutorial team.

Additionally, Arabia is one of just a few lawyers who has won a murder trial as both a prosecutor and defense attorney.

“It was interesting that Kirk and I didn’t work together on preparing our closing arguments, but I compared it to a boxing match, and he at one point compared it to a wrestling match,” he said. “I am very proud of the team that I have in place, and I’m very proud of the fact that we did something for the family. They were very grateful and very relieved. It’s not going to bring her back, or take away the pain, but it’s something that helped them with the closure process.”

Prosecutors are seeking the maximum penalty of life in prison without the possibility of parole.