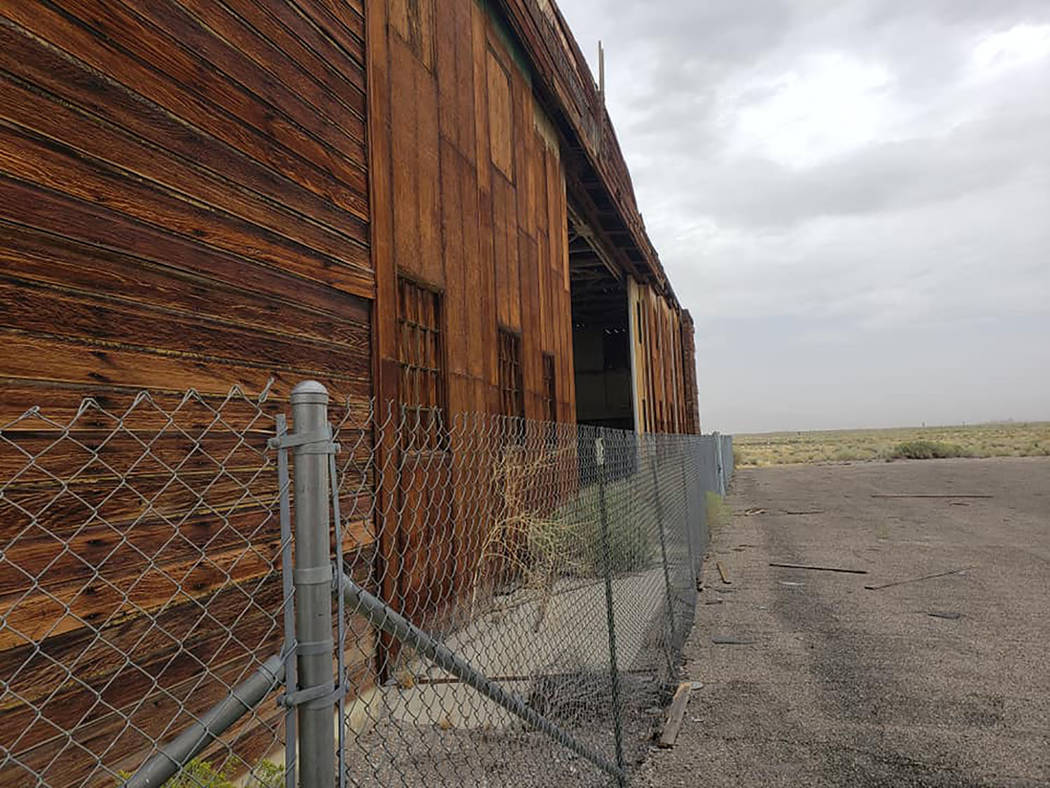 Nancy Whipperman/Pahrump Valley Times An expert noted that noted that 130 young men died in training accidents while flying both in and out of the base during World War II. 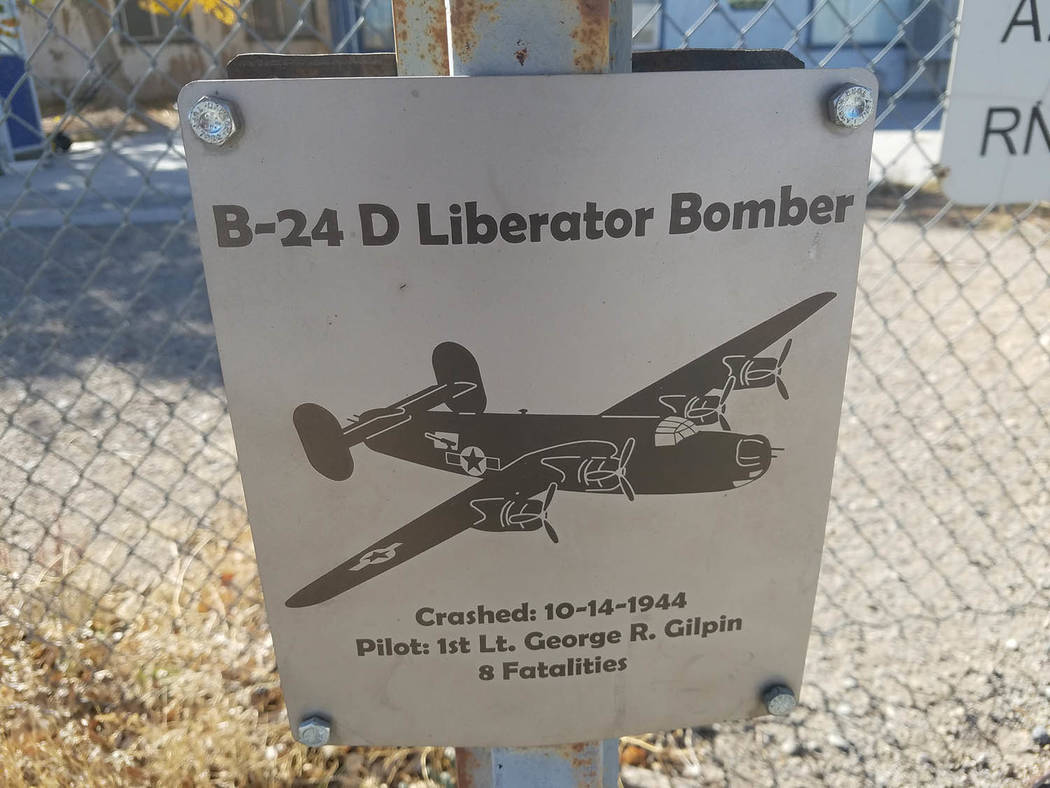 David Jacobs/Pahrump Valley Times A sign as shown at the Tonopah Airport, which is near the hangar. In all, 130 young men died in training accidents while flying both in and out of the Tonopah base during World War II. 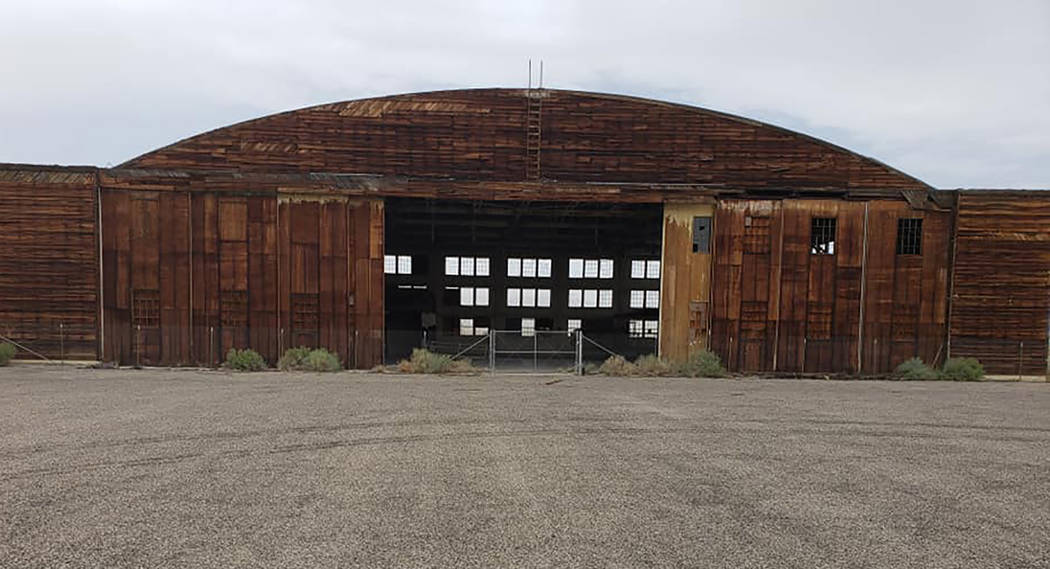 Nancy Whipperman/Pahrump Valley Times As a historian, Allen Metscher has been researching the Tonopah Army Air Field for more than 30 years. He serves as president of the Central Nevada Historical Society. 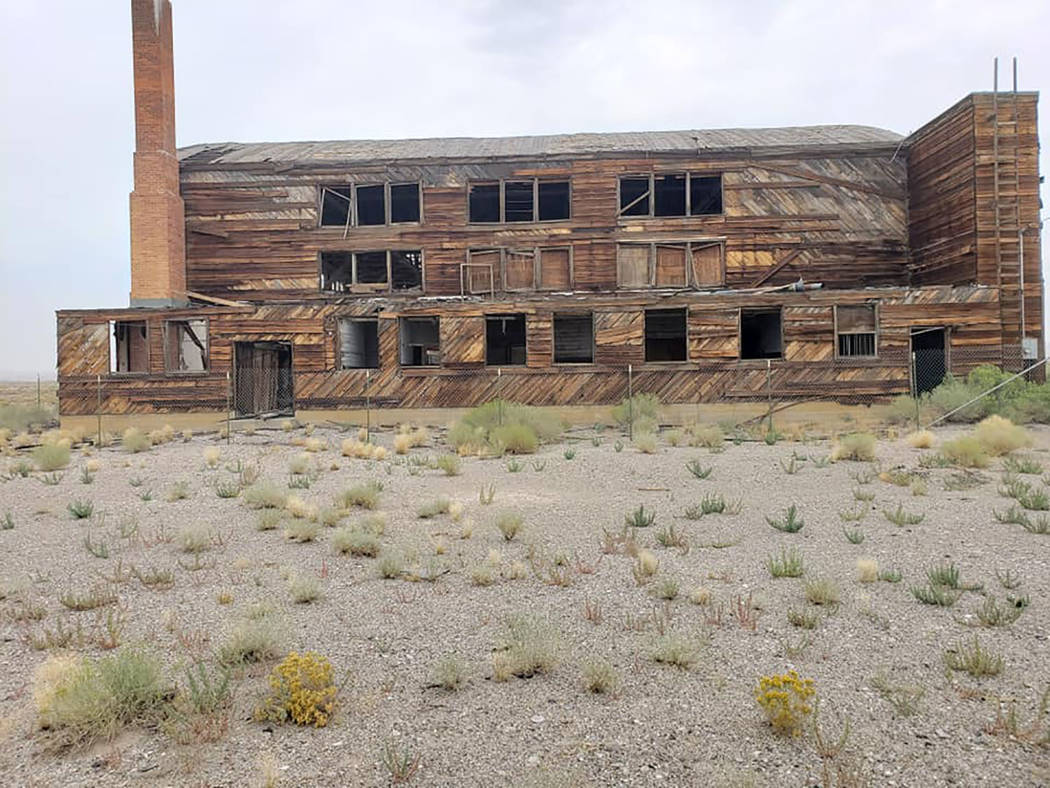 Nancy Whipperman/Pahrump Valley Times As a historian, Allen Metscher has been researching the Tonopah Army Air Field for more than 30 years. He serves as president of the Central Nevada Historical Society.

Allen Metscher, president of the Central Nevada Historical Society, said he found two swastikas spray painted on a wall late last month while touring the facility with another individual.

“I took a gentleman down there who is doing an article on the Tonopah Army Air Field,” he recalled. “We went to the hangar and that’s when we saw the swastikas. I was down there about three weeks earlier and they weren’t there. I was shocked when I saw those swastikas on each side of the entrance of the hangar.”

As a historian, Metscher has been researching the airfield for more than 30 years.

“It’s just a real prime interest of mine and I have been placing markers at crash sites,” he said. “I was shocked at something as asinine as swastikas appearing on the wall of the hanger because it is so very disrespectful. Something like that looks like something that vandals would do. I think it was some kids who did that. To my knowledge, there are no video surveillance cameras there.”

Additionally, Metscher pointed out the irony of the symbols appearing on the walls of a military airbase in use at the height of World War II, when the country was at war with the Nazis.

He also noted that 130 young men died in training accidents while flying both in and out of the base during World War II.

“Tonopah just wasn’t your run-of-the-mill training base during the war,” he said. “It’s where they put the bomber crews together from different schools nationwide and trained them. From Tonopah, they would ship them directly to Europe. In all of the years that I have spent researching that base, I never did see any such vandalism at any time. The site of the swastikas just gave me a real bad feeling, and I just hope that it doesn’t happen again. I look at the airfield as a type of memorial for all of those young men who sacrificed their lives during World War II fighting the Nazis. It was a real shock to me.”