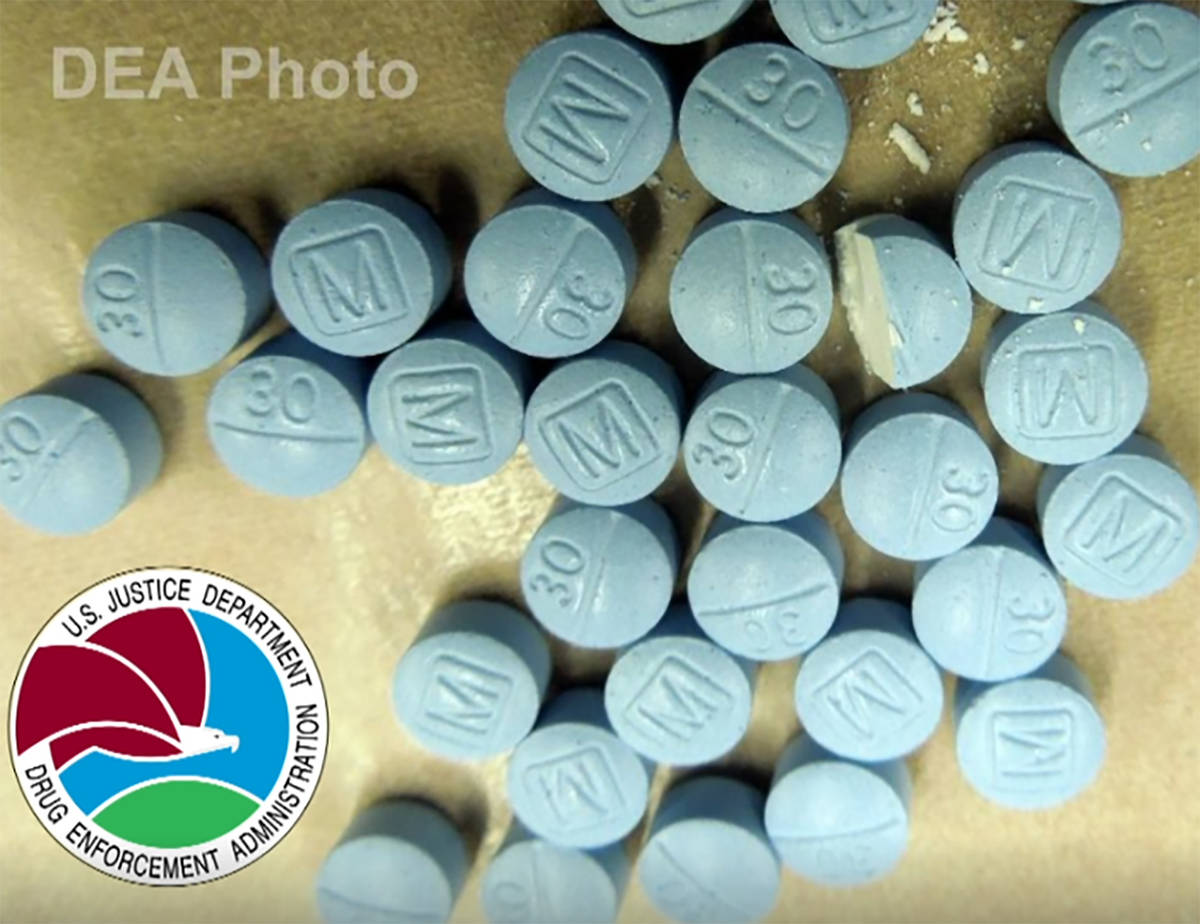 Special to the Pahrump Valley Times The Nye County Sheriff's Office is warning area residents that quantities of pills which look like common prescription painkillers such as Oxycodone, have been laced with the potentially fatal Fentanyl drug, which is a narcotic used to treat severe pain.

The Nye County Sheriff’s Office and the Drug Enforcement Administration have issued a warning for area residents regarding extremely dangerous counterfeit pills within the community.

As stated in a sheriff’s office video news release, Operations Sgt. Ann Horak said the pills, which look like common prescription painkillers such as Oxycodone, are laced with Fentanyl, which is a narcotic used to treat severe pain.

“If you were to place one counterfeit and one actual pharmaceutical-grade Oxycodone next to each other, you wouldn’t be able to tell the difference,” she said. “Nye County has experienced deaths caused by ingesting Fentanyl-laced pills. Fentanyl is a highly potent synthetic opioid that is responsible for a surge of drug overdoses in recent years.The Nye County Sheriff’s Office cares about the citizens and visitors in our community.”

Horak went on to say that in 2015, the Nevada Legislature passed the Good Samaritan Act, which makes a person immune from prosecution for minor drug offenses if they called 911 to get help for someone who is experiencing an overdose.

“If you or someone you know might be experiencing an overdose, please call us for help,” Horak said. “We are more interested in saving your life than making an arrest. In addition to emergency care by first responders, Narcan or Naloxone is an effective antidote for opioid overdose.”

“Naloxone is available to anyone in the general public, however it is highly recommended that you attend a 45-minute training class on the proper use. The NyE Communities Coalition holds monthly trainings. After completing this training, you will be issued Naloxone kits.”

The coalition is located at 1020 E. Wilson Road, off of West Street.