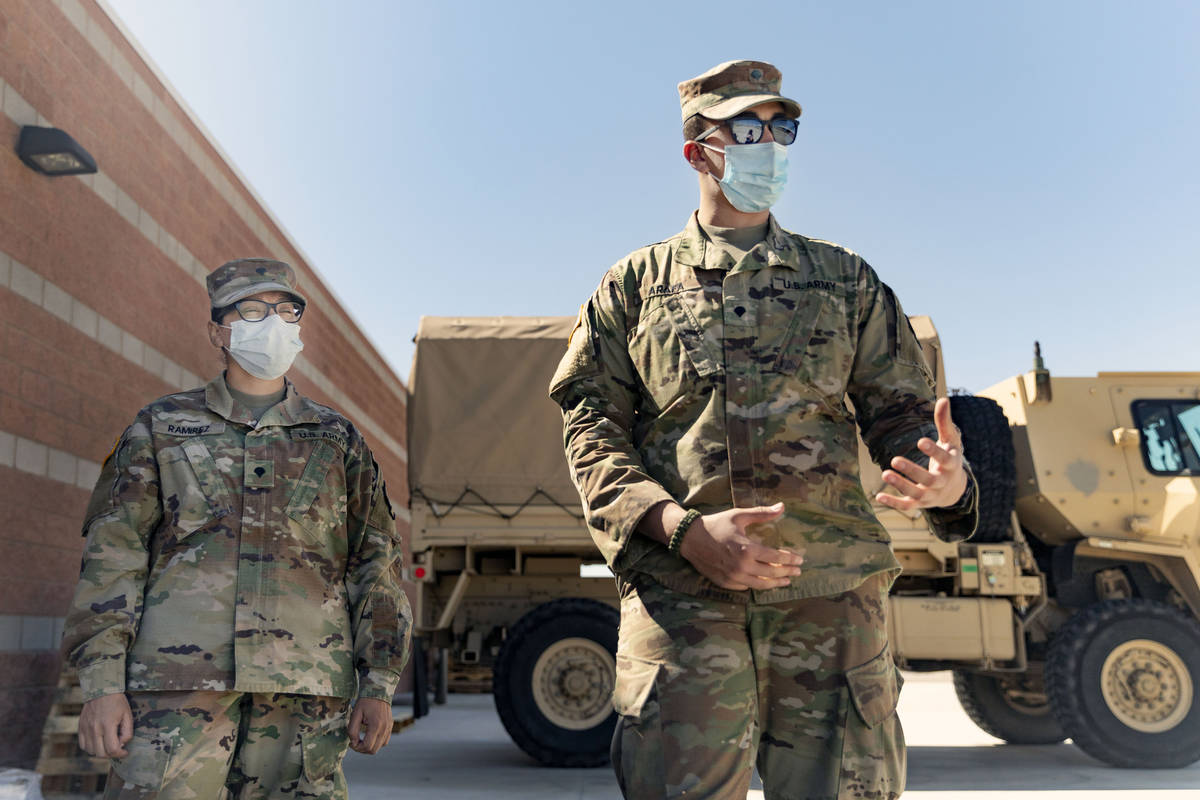 Elizabeth Page Brumley/Las Vegas Review-Journal Nevada will join more than 30 other states set to send guardsmen to the nation’s capital during the inauguration.

Nevada will join more than 30 other states set to send guardsmen to the nation’s capital during the inauguration. National Guard support will include military personnel and equipment for the ceremony to inaugurate Biden. The Department of Defense has authorized up to 20,000 troops for the inauguration, said Gen. Daniel Hokanson, the chief of the National Guard Bureau.

The exact dates of the mission are not set to be released due to operational security.