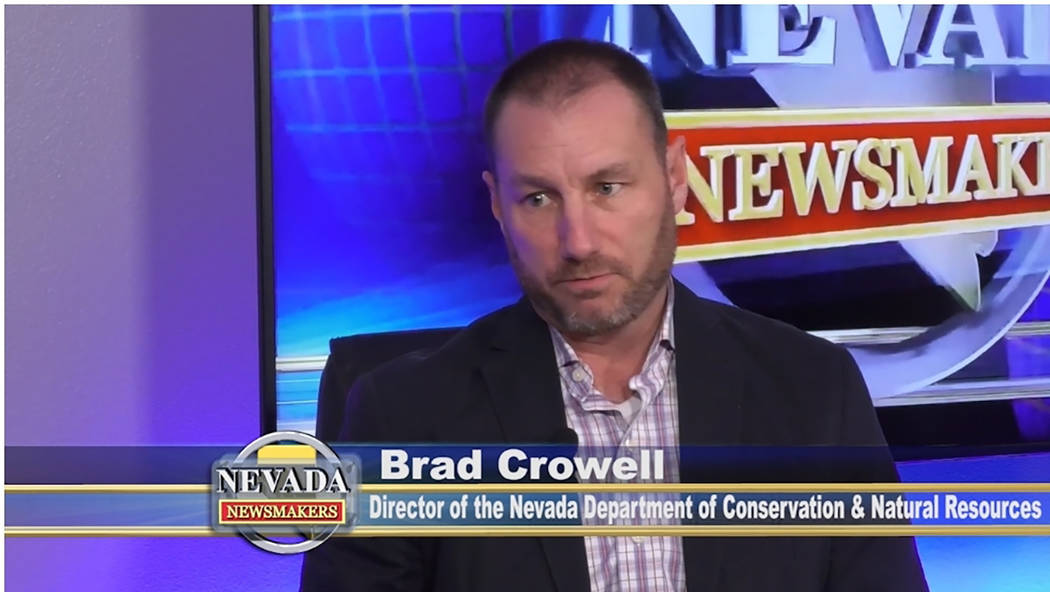 Nevada Newsmakers Brad Crowell questioned if the proposed pipeline to bring water from rural Eastern Nevada to the Las Vegas Valley is the best solution for Southern Nevada’s water scarcity. 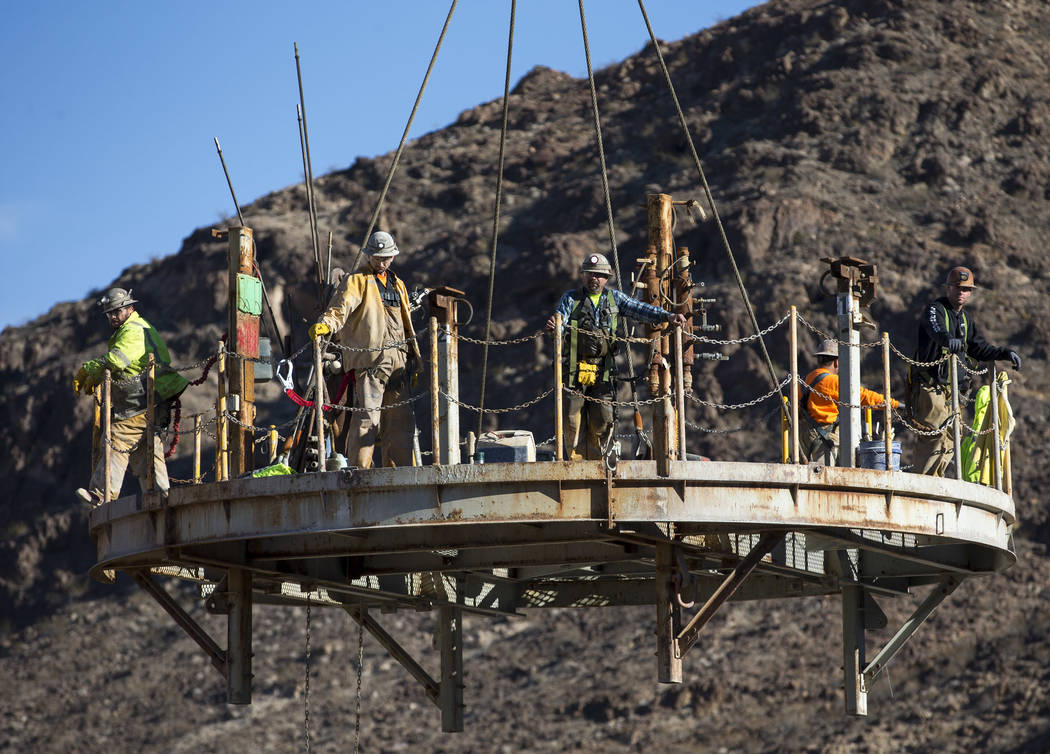 Nevada’s director of the Department of Conservation and Natural Resources said Nevada has already reached the point of “critical mass” or the breaking point when it comes to the problem of water scarcity.

When asked on Nevada Newsmakers if the development of a proposed relief airport in Ivanpah Valley would push Southern Nevada to the point of critical mass of its water supply, Director Brad Crowell said: “To be blunt, I think we are already at that point, quite honestly.”

“We are up against that much strain in our water resources across the state,” Crowell told host Sam Shad in a recent interview. “Between historical over-appropriation or over-pumping in our water basin and people moving to Nevada — regardless of the number of tourists we have coming in — we have had an influx of population in the north and in the south. So I think we are already there.”

Crowell questioned if the proposed pipeline to bring water from rural Eastern Nevada to the Las Vegas Valley is the best solution for Southern Nevada’s water scarcity.

Crowell, son of Carson City Mayor Robert Crowell, said other solutions should be considered, especially with the expense of building a 300-mile pipeline from White Pine County to Las Vegas.

“Billions of dollars doesn’t leave too many ideas off the table,” he said. “And I think it is probably prudent to explore those as well, not knowing what the outcome of the pipeline litigation is going to be.”

Las Vegas water officials have considered plans to pipe groundwater into Las Vegas since 1989, according to reports. The current plan, however, has drawn opposition from Utah and Nevada counties, ranchers, Native-American tribes, recreation enthusiasts and the Church of Jesus Christ of Latter-day Saints.

The legal fight will probably continue for 12 to 24 months and will have a strong impact on Nevada water law, Crowell said.

“I think it is less about where that water is going to come from and (more about) who has the priority for that water, that we need to watch going forward,” he said. “And I say that specifically with regard to a whole variety of court cases that are going on now at the District and Supreme Court levels. They are really going to be precedent-setting in how the state engineer is required to allocate water and look at who has the priority to use that water.

“Despite what the fundamentals of our water laws may be here in Nevada of first in time and first in right, beneficial use, etc., the courts in Nevada are changing that dynamic with some precedent-setting decisions,” Crowell said.

Crowell noted the Las Vegas Valley gets 90 percent of its water from the Colorado River with the rest coming from existing ground-water. That plan, however, may not be sustainable, Crowell said.

“As that growth extends into Las Vegas, looking out in the future — particularity with some of the climate models — that strain of providing water to that growing population is going to be more difficult,” he said.

Last year, Southern Nevada Water Authority general manager John Entsminger predicted that in the next 30 years, Southern Nevada probably would have an equity interest in a desalination facility on the coast of California or on the Pacific coast of Mexico.

Crowell warned any desalination help for the Las Vegas Valley would take decades to develop and require a strong funding source.

“The concept or theory of working out an interstate agreement with California or possibly an international agreement with Mexico where desalination has also been looked at, in exchange for a Colorado River allocation will take time and lots of money,” he said. “That’s not to say it isn’t a direction we want to explore.”

“My concern with that concept is that … we are financing a desalination plant in one state to give that state certainty on their water resource and then taking their share of the Colorado River, whose supply is less certain. Given upstream users and climate change, that is a dangerous proposition,” Crowell said.