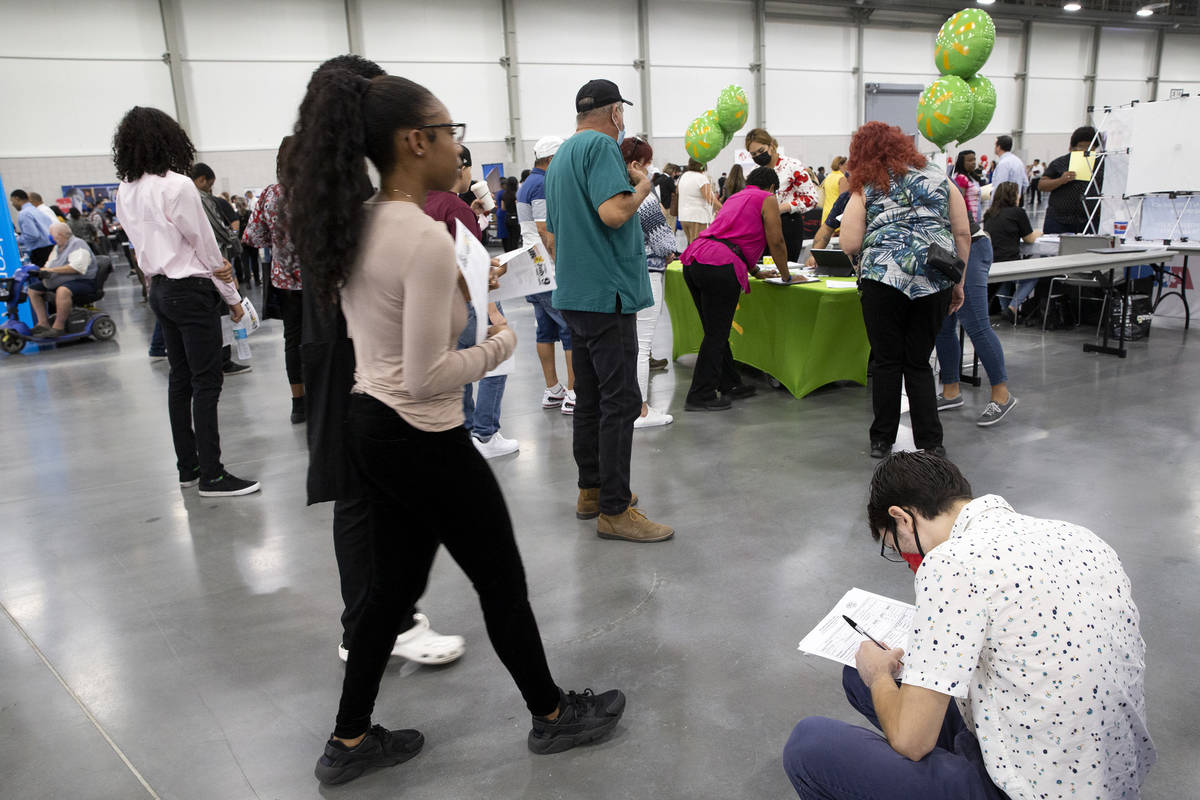 Nevada added more than 15,000 jobs over the past month as it kept climbing back from the economic ruin of the coronavirus outbreak, state officials reported Thursday.

Still, the state has a way to go before it reaches pre-pandemic levels.

Nevada regained 15,400 jobs in June, fueled heavily by increased employment in leisure and hospitality, the backbone of Las Vegas’ casino-heavy economy, according to seasonally adjusted figures released by the Nevada Department of Employment, Training and Rehabilitation.

An estimated 270,700 people worked in leisure and hospitality statewide last month, up from 260,400 in May, according to DETR.

Despite the job gains, Nevada’s unemployment rate only dipped slightly to 7.78 percent in June from 7.84 percent in May, department figures indicate.

The bulk of Nevada’s population lives in the Las Vegas Valley, where the unemployment rate, despite dropping considerably since the early chaos of the outbreak, has been one of the highest in the nation among large metro areas since the pandemic hit.

The outbreak sparked huge job losses nationwide and kept people home and away from crowds for fear of getting infected, devastating the tourism industry. The pandemic is by no means over, but with vaccines available for months now, Las Vegas has seen a surge of visitors in recent months, and business leaders are bullish on the future.

A quarterly survey of business leaders conducted by the UNLV’s Center for Business and Economic Research showed the highest confidence level recorded since 2008.

The results, buoyed by “the vaccine rollout as well as massive federal support,” led the authors of the report to conclude that Clark County’s economic conditions should “improve much more rapidly and vigorously” this quarter.