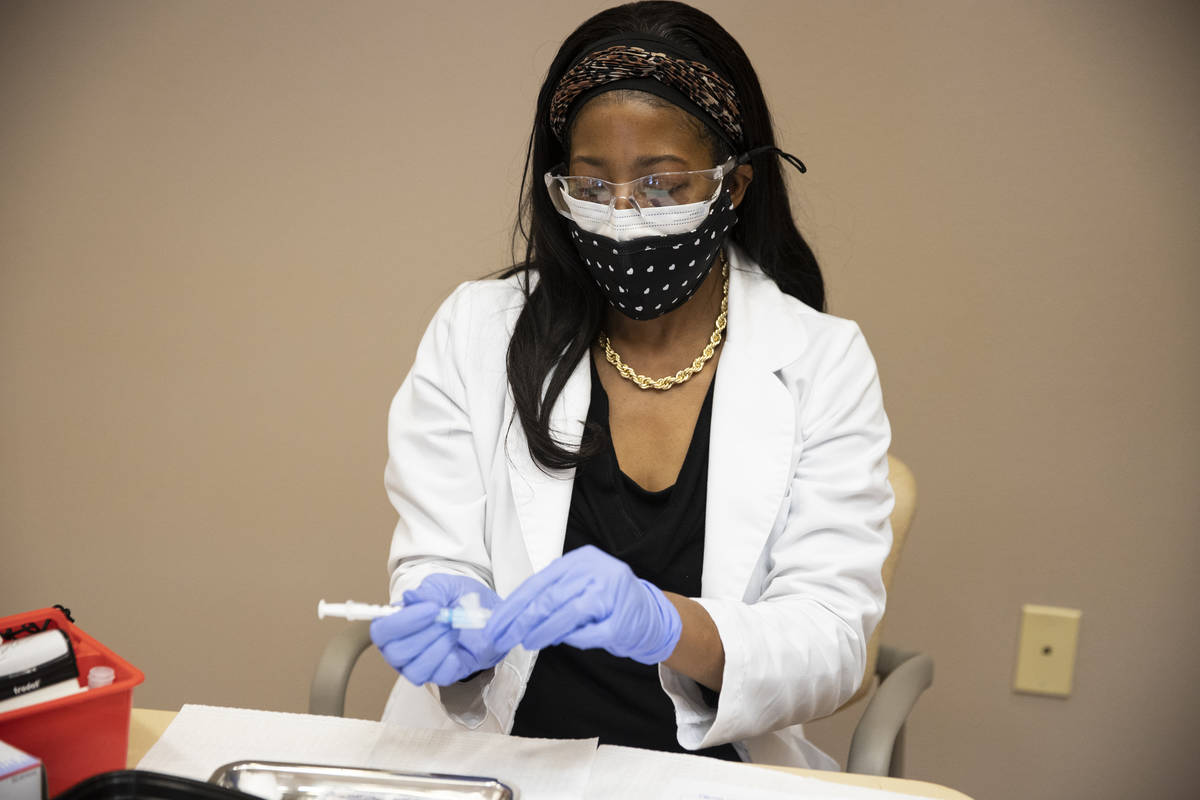 Nevada on Thursday reported 889 new coronavirus cases — the fifth straight day with fewer than 1,000 cases — along with 51 additional deaths over the preceding day.

Updated figures posted by the Department of Health and Human Services on the state’s coronavirus website brought cumulative totals to 281,596 cases and 4,424 deaths.

While reported deaths have remained high in recent weeks, other more forward-looking metrics have been decreasing since mid-January, Kyra Morgan, the state’s chief biostatistician, said Wednesday. Tuesday’s 811 recorded new cases were the lowest in nearly three months, since 635 cases were recorded Nov. 2, according to a Review-Journal analysis.

New cases reported Thursday were slightly above the moving 14-day average of daily recorded cases, which fell to 858.

Fatalities were well above the moving two-week average of 17. Deaths from COVID-19 typically occur five or more weeks after the onset of symptoms, so state officials have said they expect the moving average to trend lower in the weeks ahead.

The state’s positivity rate, which essentially tracks the percentage of people tested who are found to have the disease, also has been decreasing. The rate has dropped from a recent high of 21.7 percent to 16.5 percent on Thursday, which was a 0.4-percentage-point decrease from the previous day.

The state often redistributes data to better reflect when an event like the onset of symptoms or a death occurred, so the revised figures often don’t match daily reported totals.

Clark County on Thursday reported 696 additional cases and 47 new deaths, according to data posted to the Southern Nevada Health District’s coronavirus website. The updated figures brought totals in the county to 216,817 cases and 3,398 deaths.