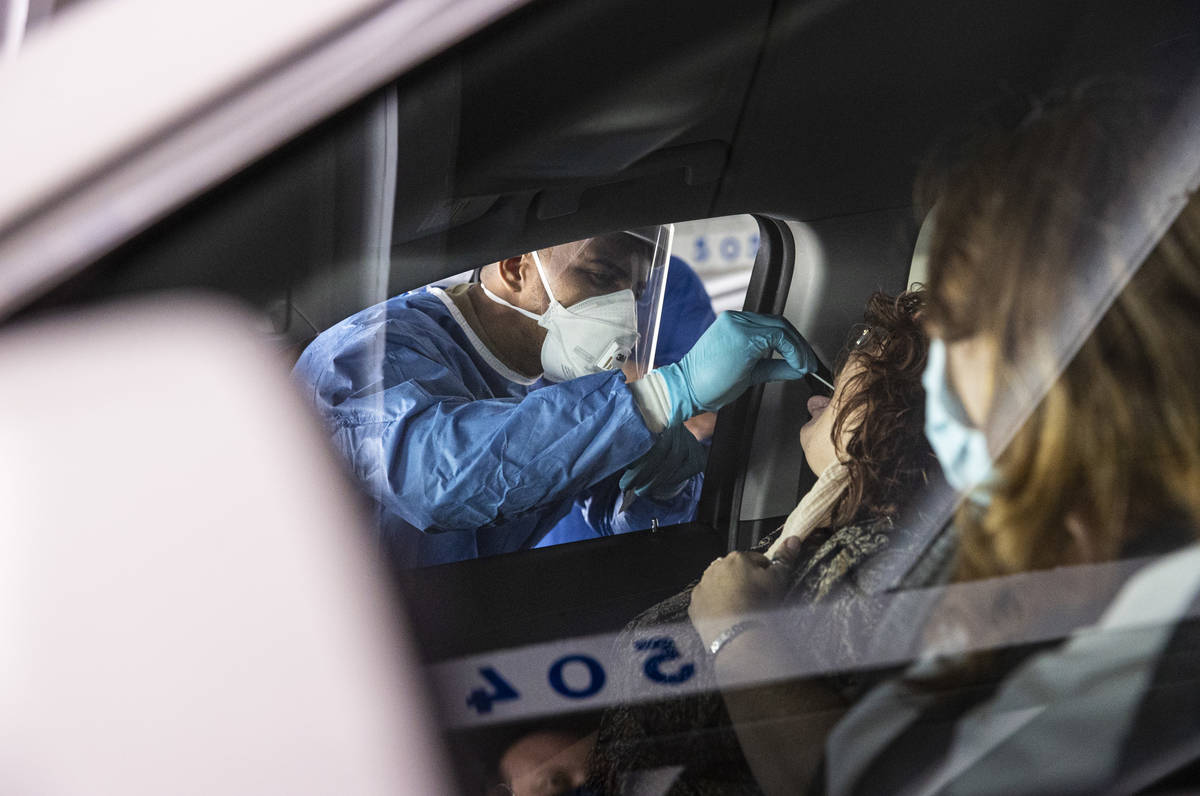 After state officials warned that the coronavirus is spreading like wildfire, Nevada on Friday set a record for new COVID-19 cases reported in a single day.

There were 1,857 new cases reported throughout the state on Friday, according to the Department of Health and Human Services’ coronavirus website. The previous record daily increase — 1,824 cases — was set less than a week ago, on Nov. 7.

The state also reported 13 additional deaths on Friday. The updated figures brought totals in the state to 116,737 cases and 1,893 deaths since the pandemic began.

On Thursday, state officials said during the weekly meeting of Nevada’s COVID-19 mitigation task force that transmission rates are now rivaling the worst days of the pandemic.

“We are back where we were and we do not have control over COVID,” state biostatistician Kyra Morgan said during the meeting.

The state’s positivity rate, calculated by the Review-Journal as the number of cases divided by people tested since the start of the pandemic, reached 13.4 percent on Friday, an increase of 0.12 percentage points from the previous day.

Both the positivity rate and the daily case reports have been rising since mid-September. The number of deaths in the state did not increase at the same time, but death totals tend to lag a month or more behind new cases.

Both county and state health districts redistribute data on new cases and total fatalities after their daily reports in an attempt to show when someone died or started showing symptoms, as some cases come from delayed reporting.

The state health department calculates a positivity rate over a two-week period, and as of Friday, 14.9 percent of people tested in the past 14 days have been positive for the virus, state data shows. That’s an 0.6 percentage point increase from Thursday’s rate.

The department began reporting the statistic in mid-October, when it stood at less than 10 percent.

The rate is calculated using total “testing encounters,” which usually produces lower percentages than the Review-Journal’s cumulative rate because the figure includes people who received multiple tests at different points during the pandemic.

In Clark County, which rarely reports more than 1,00 new cases, there were 1,214 additional cases reported on Friday, according to the Southern Nevada Health District’s coronavirus website. Of the 13 new deaths statewide, 12 were recorded in Clark County’s numbers.