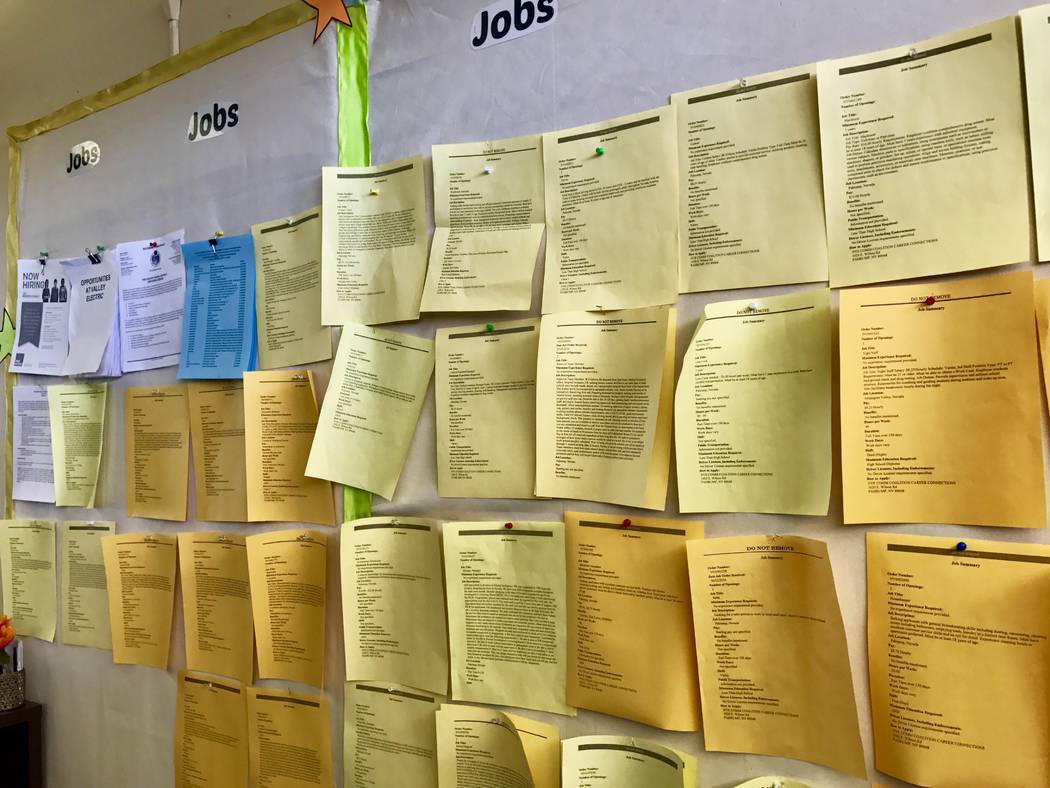 Mick Akers/Special to the Pahrump Valley Times Nevada’s unemployment rate was 3.6 percent in January, the lowest since 1976, the state Department of Employment, Training and Rehabilitation, or DETR, reported Wednesday.

Nevada’s unemployment rate hit a record low in January and was the same as the country’s for the first time since before the economy crashed.

Buoyed by job gains in construction, professional and business services and other sectors, Nevada’s unemployment rate was 3.6 percent in January, the lowest since 1976, the state Department of Employment, Training and Rehabilitation, or DETR, reported Wednesday.

Nevada gained 22,800 jobs over the past year, the department said.

With the bulk of its population in the Las Vegas area, Nevada suffered steep job losses during the recession but has steadily climbed back.

Competition for the “diminishing pool of unemployed job seekers” should continue to help push up wages and expand opportunities “for anyone looking to enter the job market or pursue a better career,” DETR chief economist David Schmidt said in a prepared statement.

Statewide, employment grew in numerous industries over the past year. Professional and business services added an estimated 9,700 jobs, construction tacked on 4,400, government grew by 3,700 and education and health services added 3,100, according to seasonally adjusted figures from DETR.

The U.S. unemployment rate in January also was 3.6 percent. That month, there was “no longer a gap” between Nevada’s jobless rate and the nation’s for the first time since July 2007, Schmidt said.

When the real estate bubble burst last decade, and the U.S. fell into the worst recession in decades, Nevada’s jobless rate skyrocketed, reaching a peak of 13.7 percent in 2010, federal data show.

Things have steadily improved since. According to DETR, Nevada has posted 109 consecutive months — or more than nine years — of year-over-year job gains.

Officials have worked for years to diversify Nevada’s economy with new types of employers, and Las Vegas — ground zero for America’s real estate boom and bust — isn’t nearly as dependent on construction as it used to be.

But overall, the local economy remains heavily dependent on hotel-casinos.

About 29 percent of Clark County’s labor pool worked in leisure and hospitality as of October, the same rate as in October 2006, before the economy tanked, Las Vegas consulting firm RCG Economics previously reported.