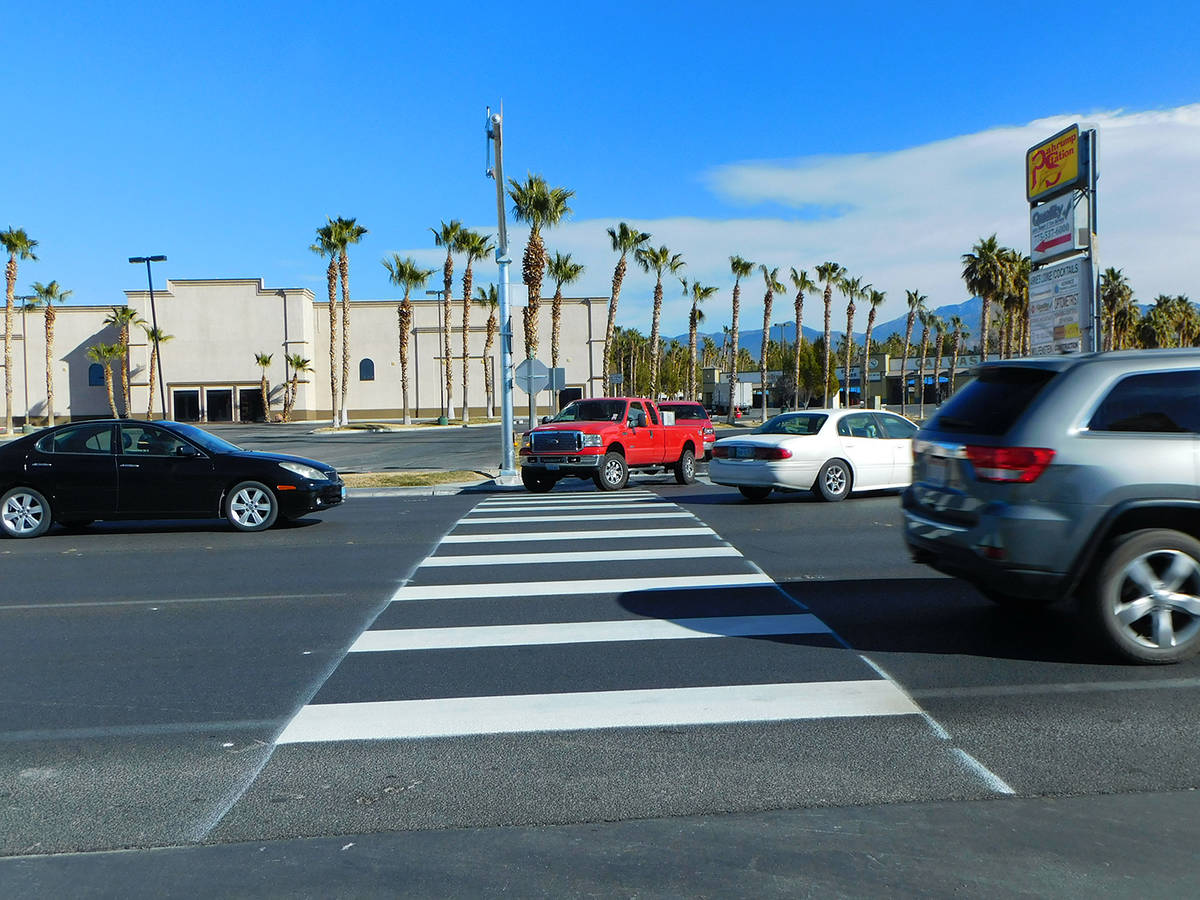 Robin Hebrock/Pahrump Valley Times Bright white stripes have been painted across Highway 160, marking the valley's newest crosswalk at the intersection of Postal Drive. 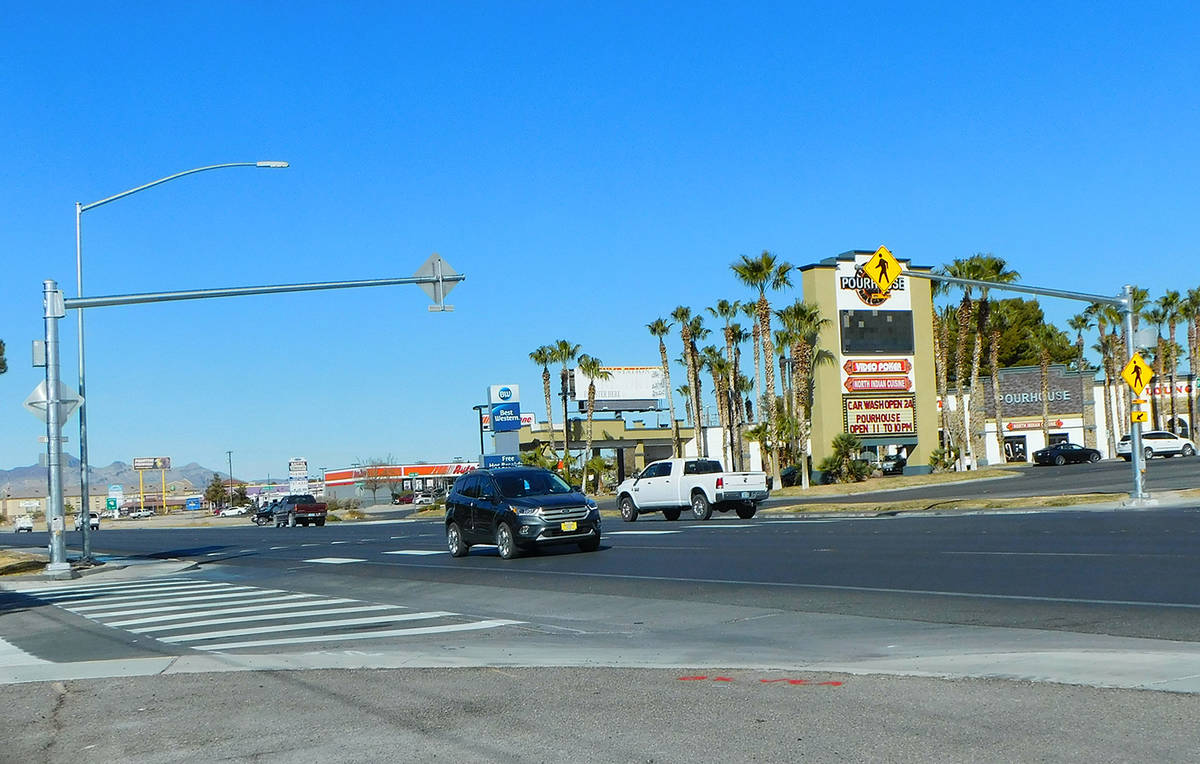 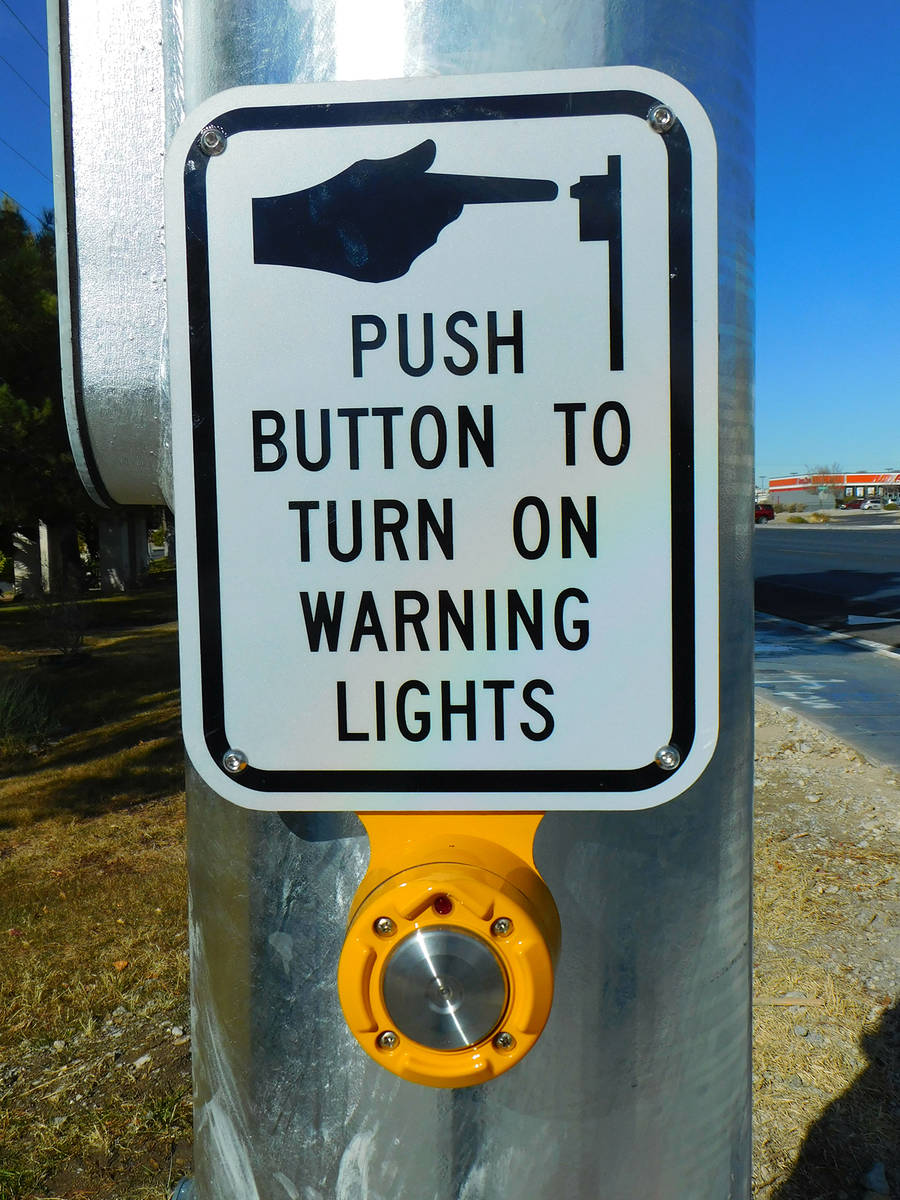 Highway 160 in Pahrump started off the year with an updated look, with an all new crosswalk located at the intersection of the highway and Postal Road installed just in time for the calendars to turn from 2020 to 2021.

The $246,775 project was undertaken by the Nevada Department of Transportation and construction of the crosswalk was performed by contractor MC4 Construction.

Beginning in early October of last year, construction crews worked to install the pedestrian crossing, complete with overhead flashing beacons to help notify drivers that they must come to a stop, across what is undeniably one of the busiest stretches of road in the valley. With the nearest legal crossings on Highway 160 nearly a mile from Postal Road, it is an area well known for jaywalking and the new crosswalk is intended to increase safety for pedestrians and motorists alike.

Work on the new crosswalk had come to a temporary halt in late November 2020 due to issues with an easement necessary to bring power to the crosswalk but despite the delay, the project was still completed within the originally indicated time frame, wrapping up with the install of the signal posts in the early morning hours of Thursday, Dec. 31.

Nye County officials, who have been working toward the project for several years, were obviously pleased to see it finally come to fruition. One such official was Nye County Public Works Director Tim Dahl.

“I’m sure everybody has seen it and I’d just like to reiterate how grateful I am for NDOT’s efforts to install another crosswalk along our corridor at Postal and SR (State Route) 160,” Dahl told Nye County commissioners and the public during the commission’s Jan. 4 meeting. “They completed those improvements last week and I haven’t seen anybody have to use it yet but I’m hoping that it will do as it’s intended and that is to save lives.”