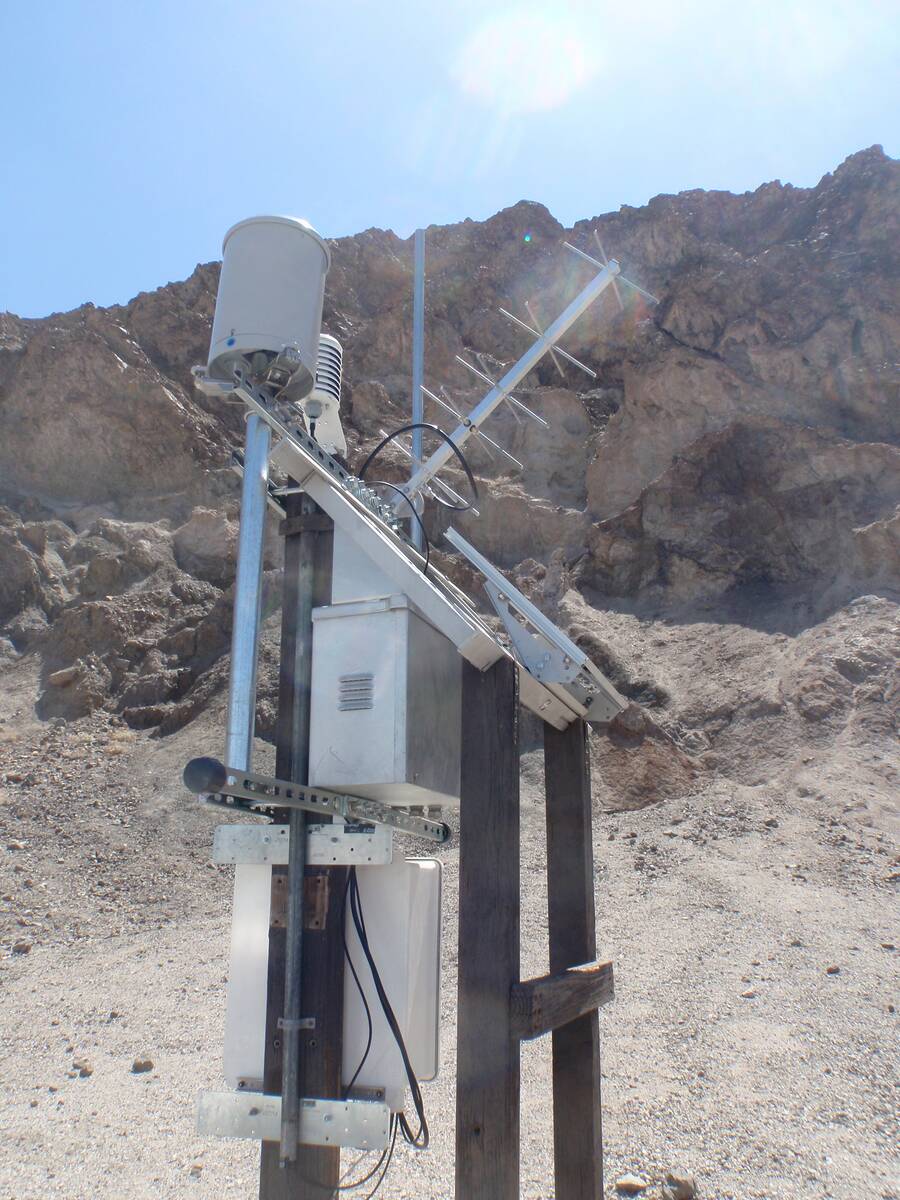 Courtesy/Death Valley National Park The National Park Service and National Weather Service announced that the automated Campbell Scientific Weather Monitoring Station is now operational at one of the most unique locations on the planet, the Badwater Basin. 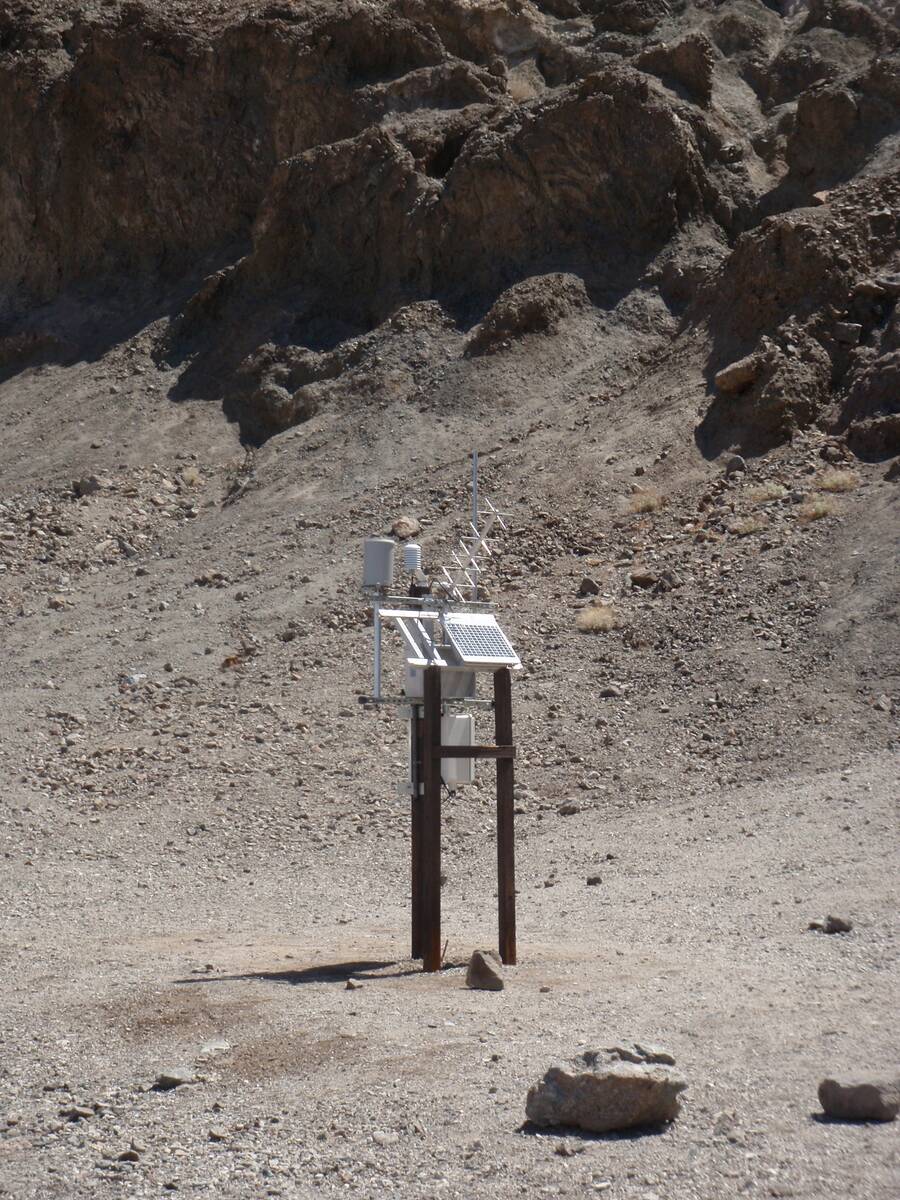 Courtesy/Death Valley National Park The National Park Service and National Weather Service announced that the automated Campbell Scientific Weather Monitoring Station is now operational at one of the most unique locations on the planet, the Badwater Basin.

A brand new weather station that monitors meteorologic conditions at Death Valley National Park is now up and running.

As stated in a park news release, the park’s management assistant, Abby Wines, said the National Park Service and National Weather Service announced that the automated Campbell Scientific Weather Monitoring Station is now operational at one of the most unique locations on the planet, that being Badwater Basin, which is the lowest point in North America and a popular tourist destination for visitors to Death Valley National Park.

The release also stated that the monitoring station records weather information at the station and transmits live data to National Weather Service distribution systems by satellite.

“People around the world are fascinated by Death Valley’s extreme summer temperatures,” Wines said. “Now anyone with internet access can compare the temperatures at Badwater and Furnace Creek.”

The release went on to note that the equipment will benefit the National Weather Service by providing real-time weather information used in the issuance of life-saving weather warnings.

The data also helps improve numerical weather forecast models and contribute to the climatological monitoring of the atmosphere.

In June of this year, the National Weather Service said Death Valley National Park hit 128 degrees, breaking the old record of 122 for that date, set in 1917.

According to the United Nations’ World Meteorological Organization, which is the official keeper and verifier of global climate extremes, the highest air temperature recorded anywhere in the world was 134 degrees at Death Valley’s Greenland Ranch on July 10, 1913.

Badwater station’s weather observations can be viewed at https://go.usa.gov/xFJx8.

The public can view the new weather station’s data online.

The National Weather Service in Las Vegas can be found online at weather.gov/vegas or on Twitter/Facebook at @NWSVegas.