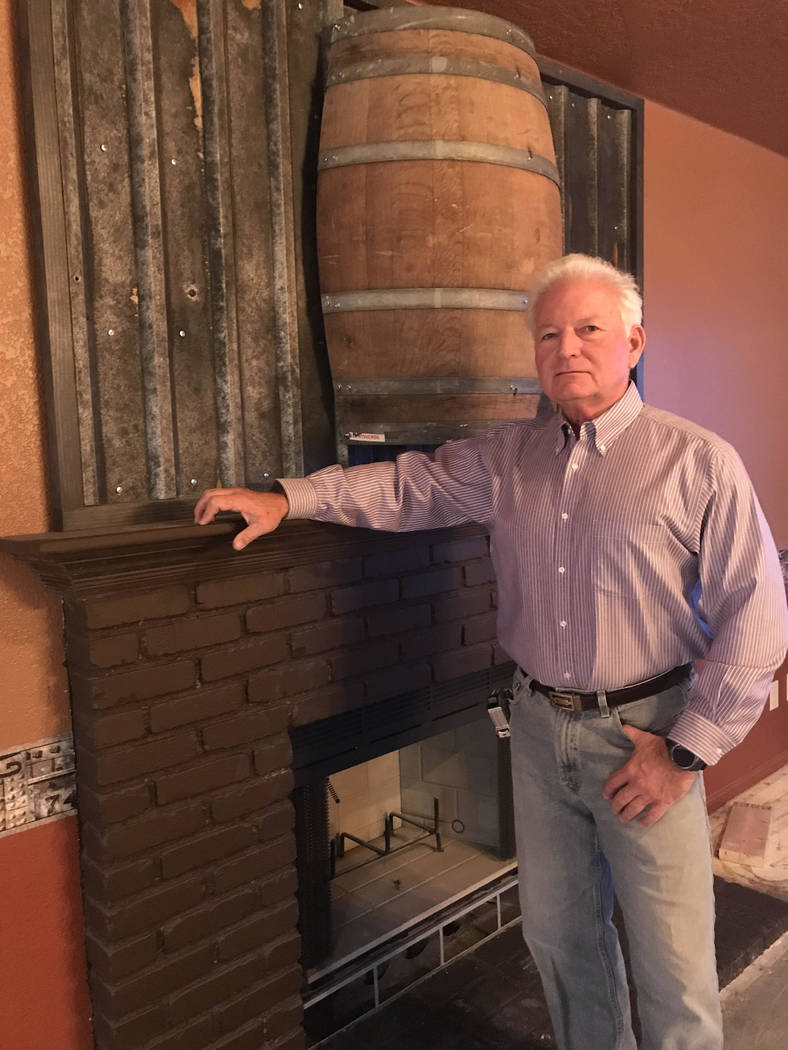 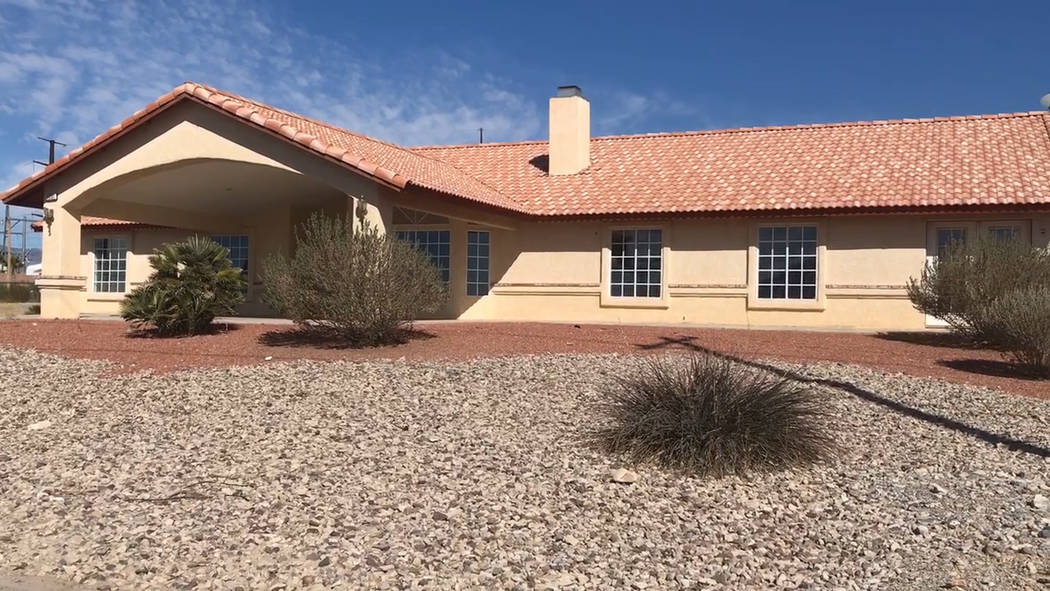 Jeffrey Meehan/Pahrump Valley Times A new wine tasting room along Highway 160, just north of Calvada Boulevard, is set to open in the coming months. Owner and Pahrump resident Tim Burke is working on renovating the future space and getting his licenses. 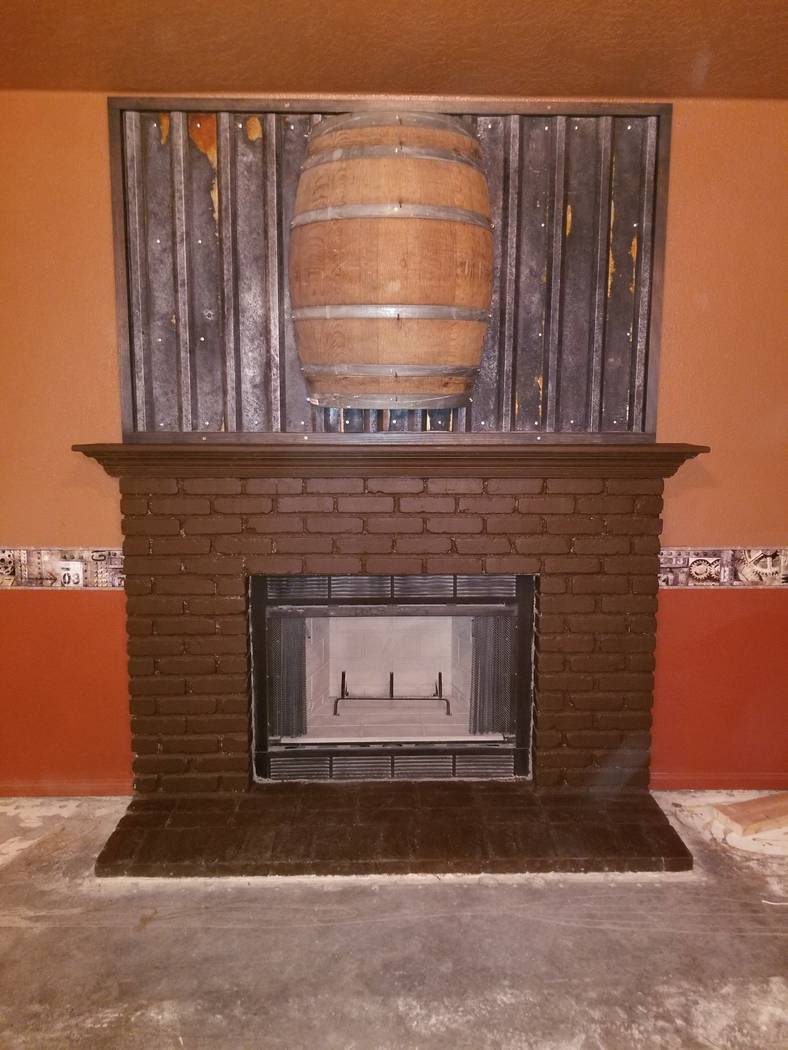 Tim Burke/Special tot he Pahrump Valley Times A new wine tasting room is planned in the Pahrump area along Highway 160. The space will seat just over a dozen people and have a fireplace with a unique feature. 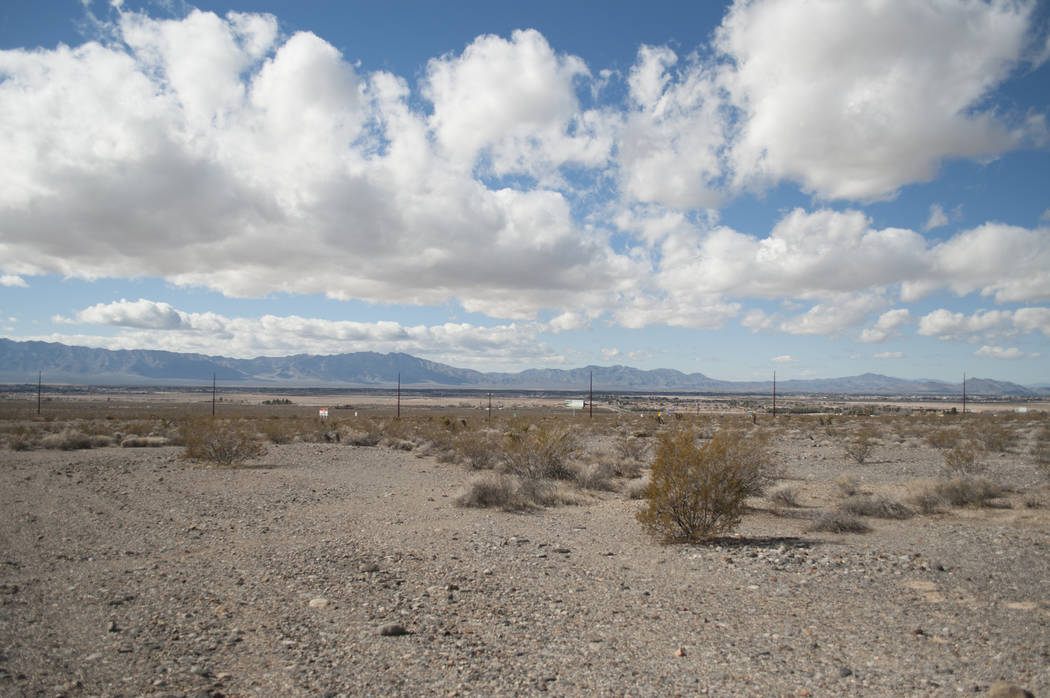 Tim Burke/Special to the Pahrump Valley Times A five-acre empty parcel at Manse Road and Highway 160 is set to be the site of a future winery in Pahrump. One acre of grape vines are set to be planed in the spring of 2020.

A new wine tasting room is heading to Pahrump.

Pahrump resident and area businessman Tim Burke, owner of the tasting room, is working to open his new space in the coming months. The future tasting room for wine lovers will sit at 1731 S. Highway 160, just north of Calvada Boulevard.

Burke, owner of Artesian Cellars LLC, said he is working on getting the liquor license approved, which could occur at the end of the month or in early January.

Once things get rolling, the tasting room will be open seven days a week.

“We really want to appeal to locals as much as possible,” Burke said.

The local entrepreneur is currently working on upgrading what was once a 2,700-square-foot model home/real estate office. Burke said the space has been zoned commercial for about 20 years.

Guests of the tasting room can also grab a few snacks during their visit.

The tasting room is only part of Burke’s plan to expand the wine industry in the Pahrump area, where two other wineries are already operating – Sanders Family Winery and the Pahrump Valley Winery.

Burke is already planning for next year’s planting season on a five-acre parcel that he is leasing; that property sits on the north side of Highway 160, just south of the Spring Mountain Motor Resort and Country Club.

For next spring, Burke said he will plant vines on one of those acres.

The following year, Burke is planning on planting on an additional acre of land, “And probably that next year, or the year after, we will build a production building there, because we’re going to need more room.”

Burke said the space they’ve leased for the upcoming tasting room is big enough for now, but he might outgrow it in terms of production.

Burke wanted to put the tasting room on his five acres, but he ran into a few roadblocks.

“The county said you can plant your vines, you can build a production building, you can do whatever you want on the dirt road,” he said. “But if you want to open a tasting room, you have to have a paved road with paved parking…”

In the future, “two to three years down the road,” Burke said he’ll be able to open a tasting room on his five-acre parcel.

In the meantime, Burke will be able to open his tasting room along the highway.

“A winery right on 160,” he said. “It’s not a fast-food place, gas station, a small mom and pop. It’s a very nice place that people will see when they drive by. We’re very optimistic that it’s going to do very well.”

Burke has been growing grapes in Nevada for the last several years and finished a harvest this fall.

For more information on Burke’s line of wines or timelines for the tasting room, check his Artesian Cellars website at artesiancellars.com

Burke is a non-staff columnist for the Pahrump Valley Times.