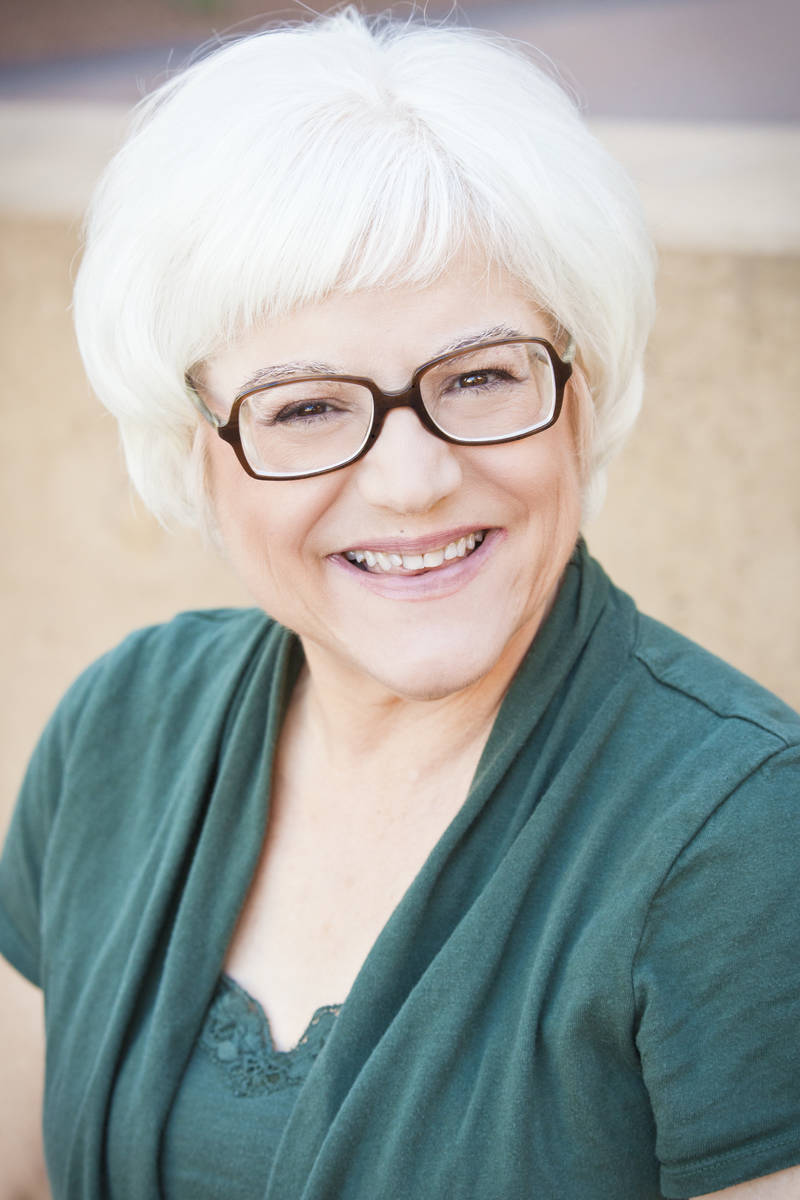 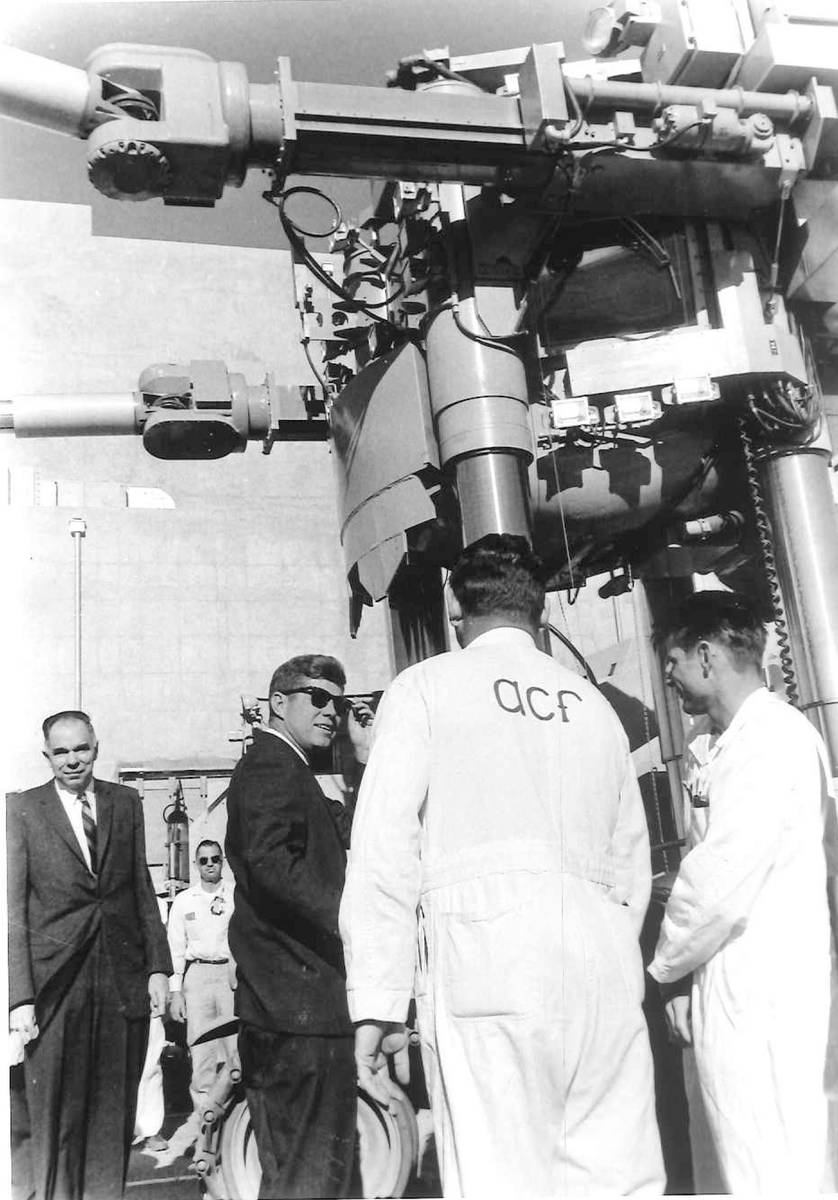 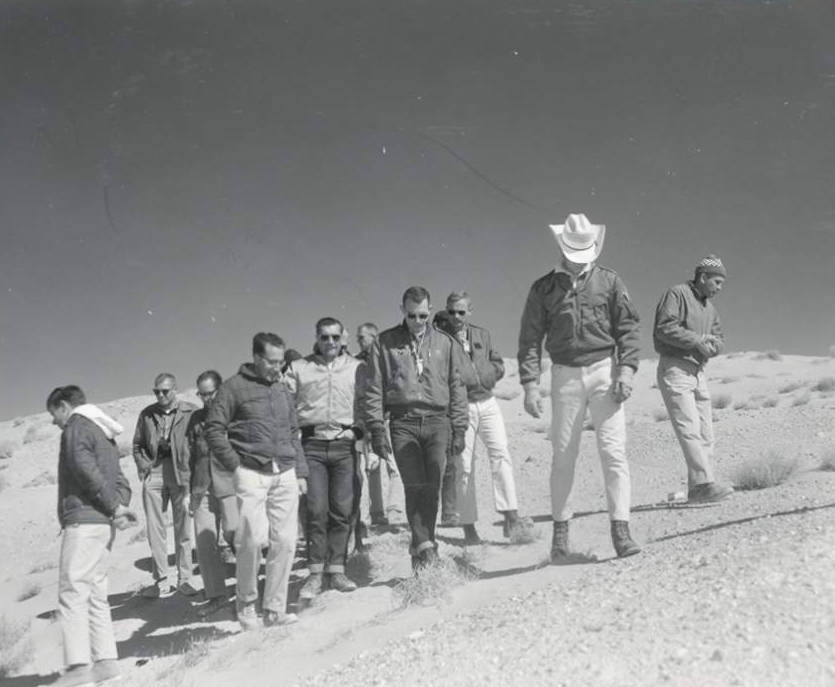 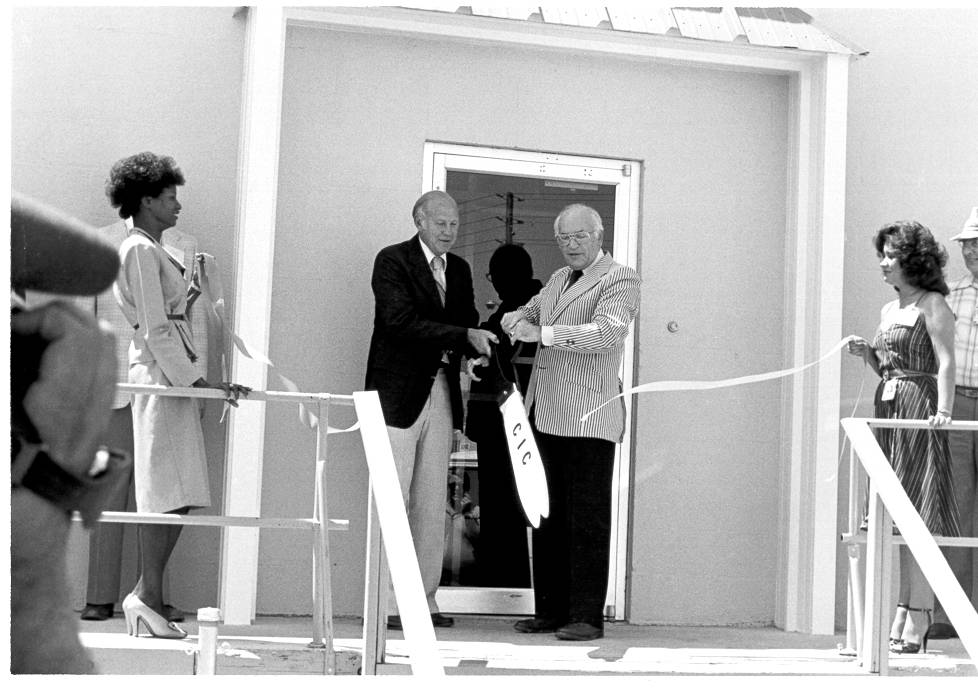 This is how Nevada National Security Site Archivist Martha DeMarre, who retired Jan. 21 after more than 41 years of service, begins the story of her life with the NNSS.

“This job has been like that,” she said. “This place has been my mission in life.”

While the archives have been DeMarre’s mission for the past four decades, they aren’t what brought her here.

“I wanted to work with plutonium,” she said. Why? “Because it was difficult. Interesting.”

DeMarre spent the summer of 1978 using her undergraduate degree in biology — with a concentration in cell physiology — and as a health physics graduate student as a summer hire at the NNSS, then the Nevada Test Site. Specifically, she worked in the CP-50 building in Area 6, where she worked out a procedure for a source transfer. She researched the current capabilities at the time to monitor large waste containers, containing nonretrievable plutonium in soil.

“There was so much science happening,” she said. “The sky was the limit. ‘We do hard; impossible just takes a little longer,’ was the expression at the time. There was a very can-do attitude out there that was contagious. I called it the Disneyland for science, and I’d gotten the E ticket.”

DeMarre lived in a two-person trailer in Mercury that first year and took advantage of everything life on the site had to offer.

“I swam, bowled, played softball,” she said. “I was the announcer for several games. They didn’t want me to play because I was terrible. But they wouldn’t even give me a chance!”

In the fall of 1978, DeMarre returned to San Diego State University, where she was taking graduate courses in health physics. In 1979, she was asked if she would like to come back to the NTS — this time, for something a little different: the establishment of the NNSS archives, first known as the Department of Energy’s Coordination and Information Center.

“They told me it was going to be a three-year project,” she said.

Pre-dating the establishment of the National Nuclear Security Administration in 2000, this initial DOE investment and effort was to consolidate information throughout the Nuclear Security Enterprise complex, serving both the public and the government with data and facts from source documents.

“The concept of the original Coordination and Information Center, now the Nuclear Testing Archives, was to collect and house agency records related to fallout from atmospheric nuclear weapons testing in Nevada,” NNSA Nevada Field Office Public Affairs Program Manager Darwin Morgan said. “Martha’s career hallmark, in my mind, is the simple fact this effort has allowed the scientific community to unequivocally demonstrate where fallout occurred and, from that, extrapolate and paint a realistic and accurate picture on the potential health effects to populations. This never could have been done if not for Martha DeMarre.”

The work was a perfect fit.

“My other love growing up was history,” she said. When selecting a major in college, she chose biology over history because she “didn’t want to type that much”—an amusing justification to look back on these days, as her work was primarily computer-based. But DeMarre always has been a good researcher, and her background was perfectly suited for the numerous scientific requests she’s received.

DeMarre’s work on the NNSS archives has taken her all over the country, seeking records of relevance to the NNSS and nuclear testing in general and getting them declassified.

“We went out to different places to collect records, usually for a week,” she said. To be able to look through the classified files at the various locations, her clearance would be transferred temporarily.

While the work was incredibly interesting, it wasn’t exactly glamorous. Many of the records at the John F. Kennedy Presidential Library had not been touched after President Kennedy’s assassination. By the 1990s, many of the documents’ staples had begun rusting in the humid, salty air.

“One of our conditions for working there was to remove all the staples that were rusting and replace them with archival staples,” she said.

“We found the Truman letter at the Eisenhower Presidential Library,” she said, referring to the now-famous document President Harry S. Truman signed Dec. 18, 1950, authorizing the development of a portion of the Las Vegas Bombing and Gunnery Range as an atomic weapons test site.

While hunting for records of President Dwight D. Eisenhower’s nuclear testing approvals — at the time, each test had to be approved by the president himself — in Abilene, Kansas, she read Eisenhower’s reflections on his speeches at the Eisenhower Presidential Library.

“He kept a diary — which his secretary would type up — with notes on how each of his speeches went,” she said. “It’s a different view of history.”

What began as a three-year project developed into an impressive database that has been an important resource for agencies, organizations and individual researchers for the past 40 years.

“It’s a very exciting mission to work for,” DeMarre said. “It’s amazing, if you pay attention, the kinds of things you can see. The work here is never done.”

“As a manager who was key to the establishment, development and implementation of the Nuclear Testing Archive, we appreciate her mission dedication for 40-plus years,” said NNSS Quality/Contractor Assurance System Director David Martin, who oversees the NTA. “In highest regard, we humbly follow Martha’s leadership in this mission. Thank you, Martha.”