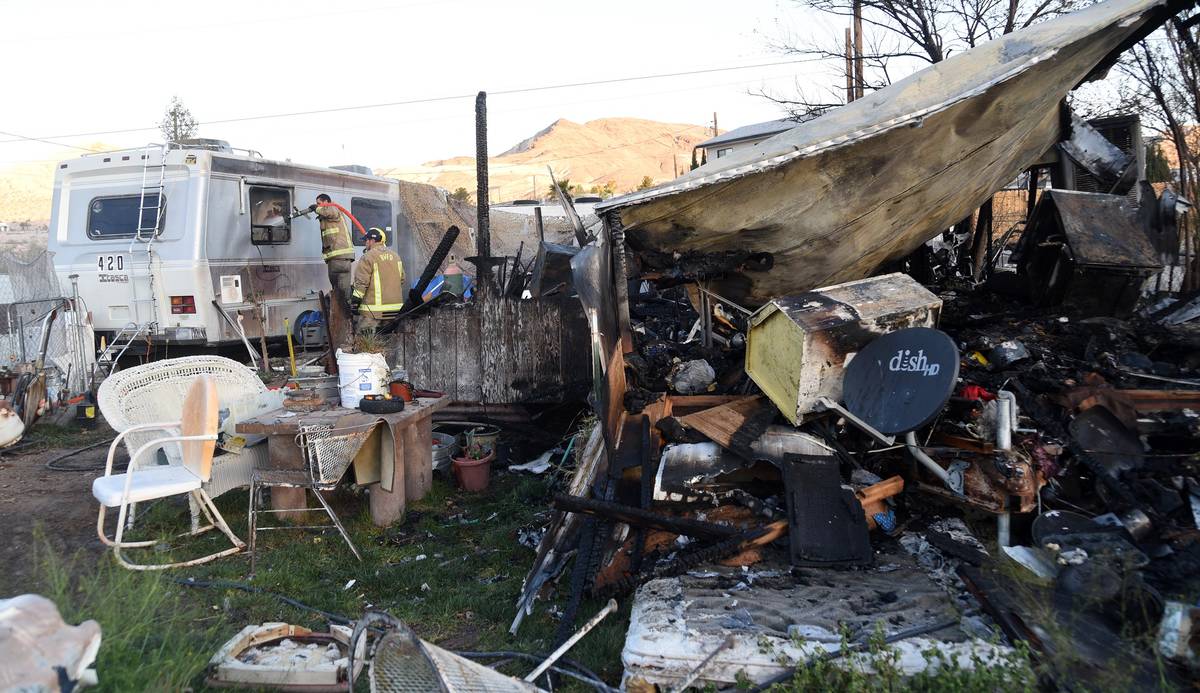 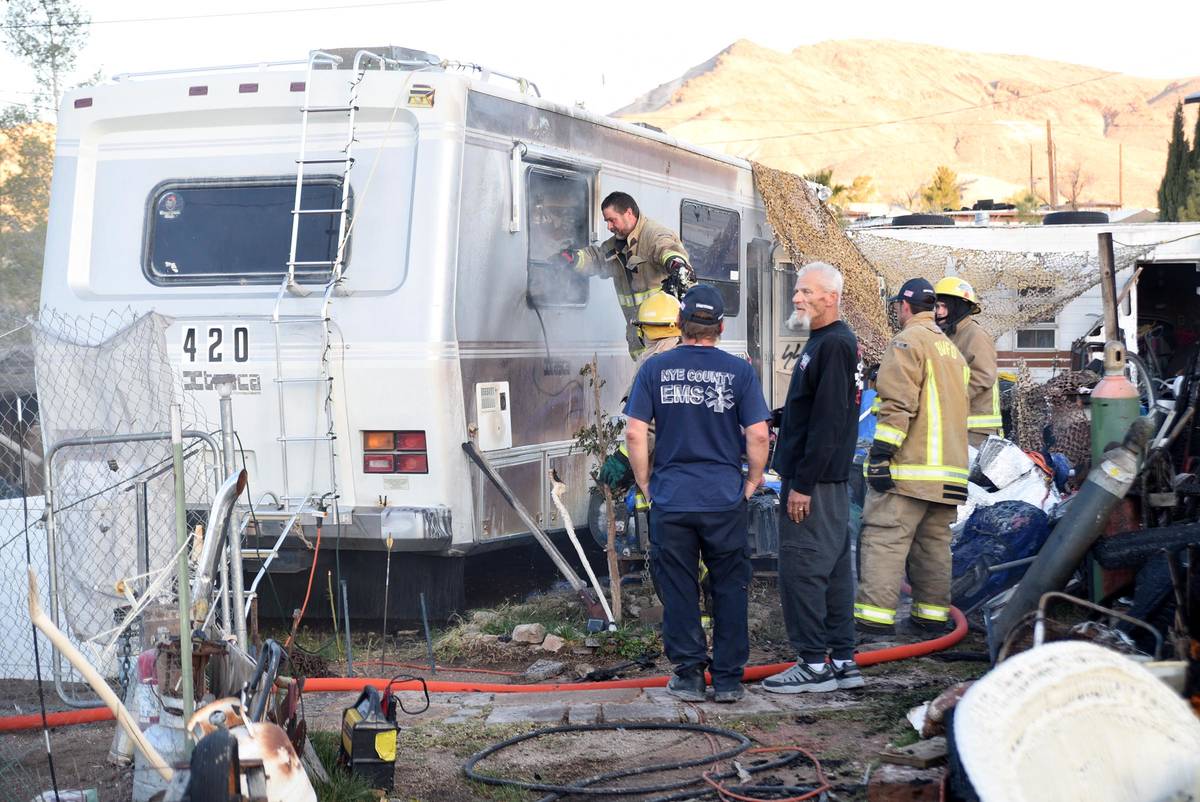 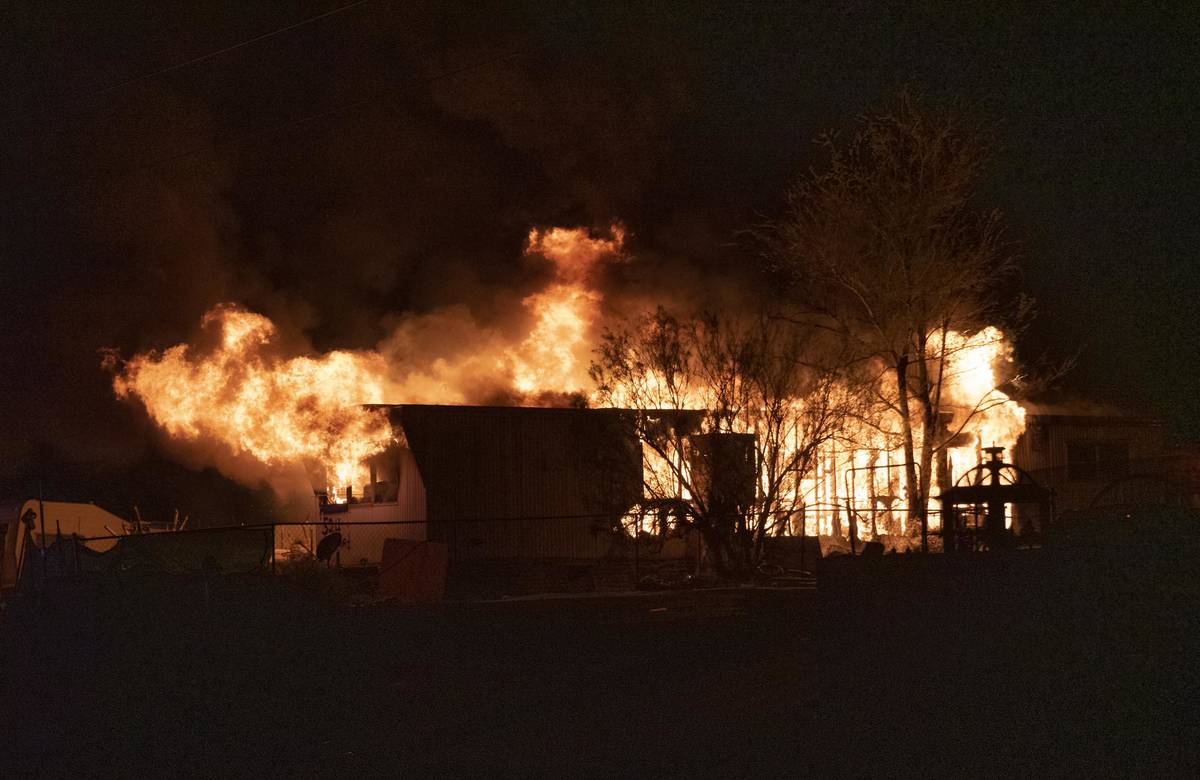 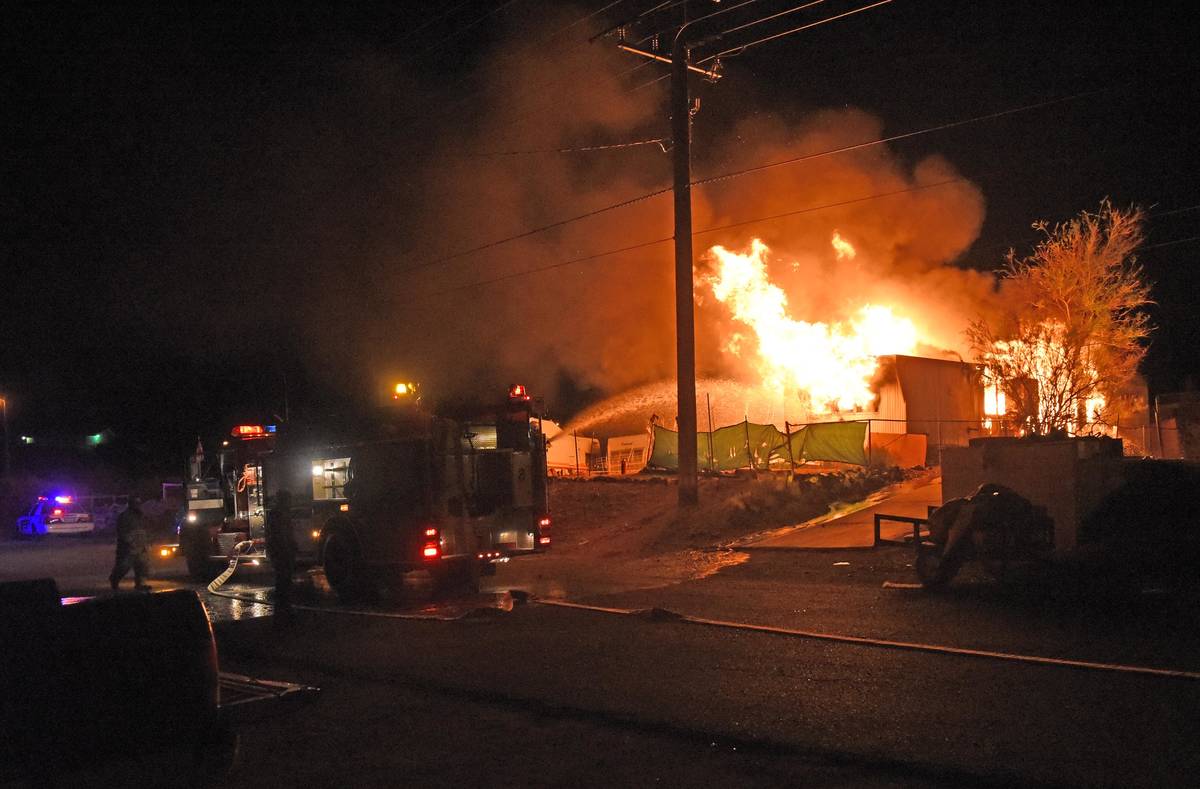 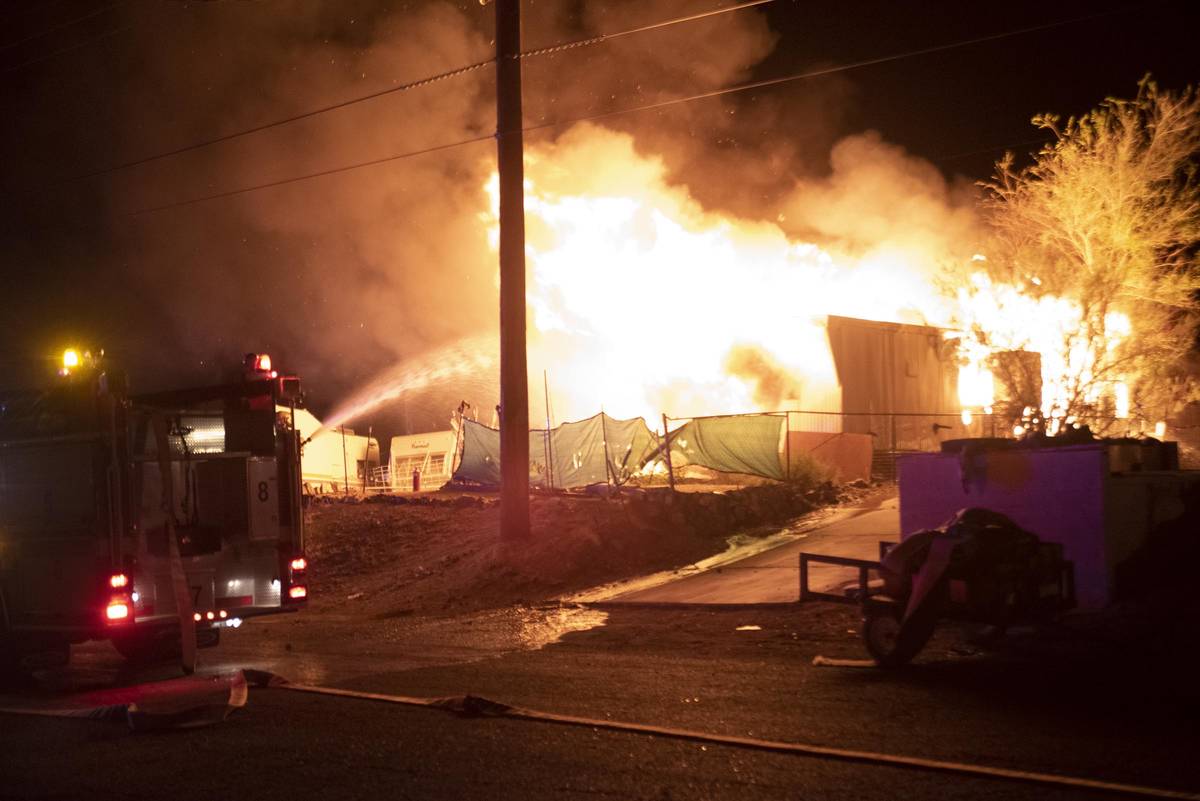 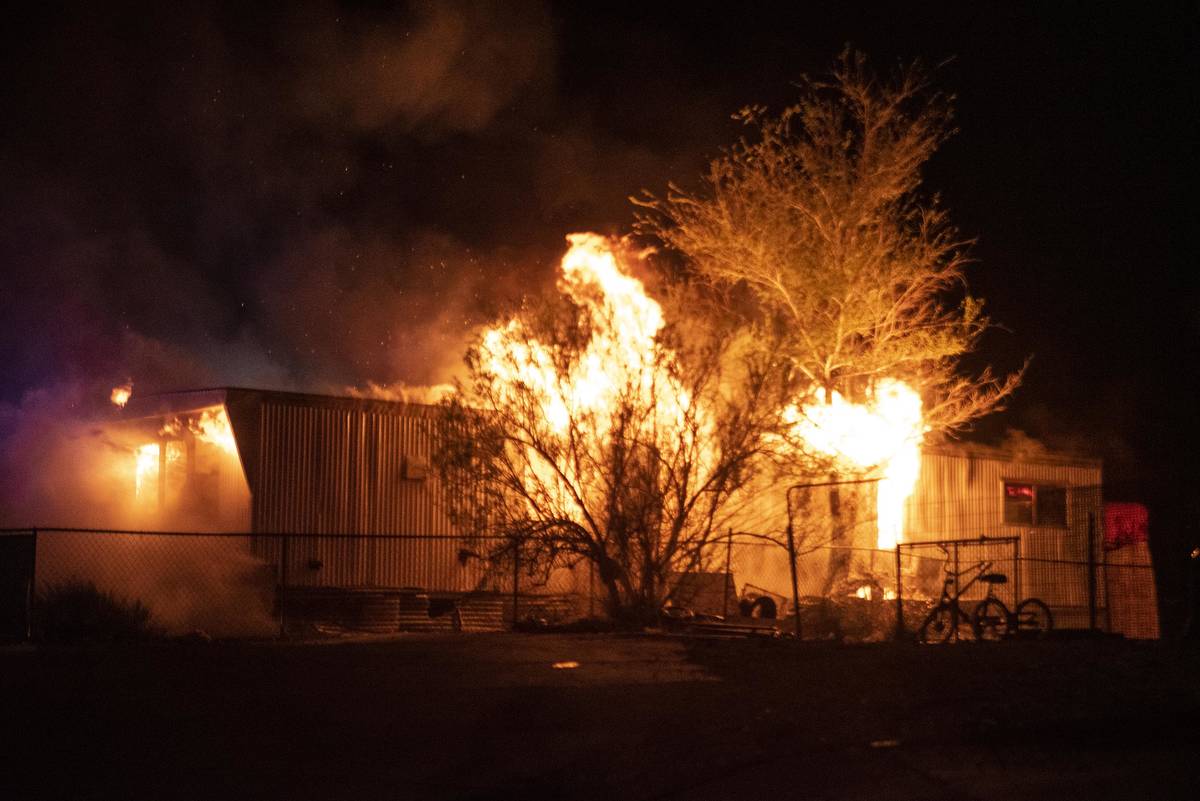 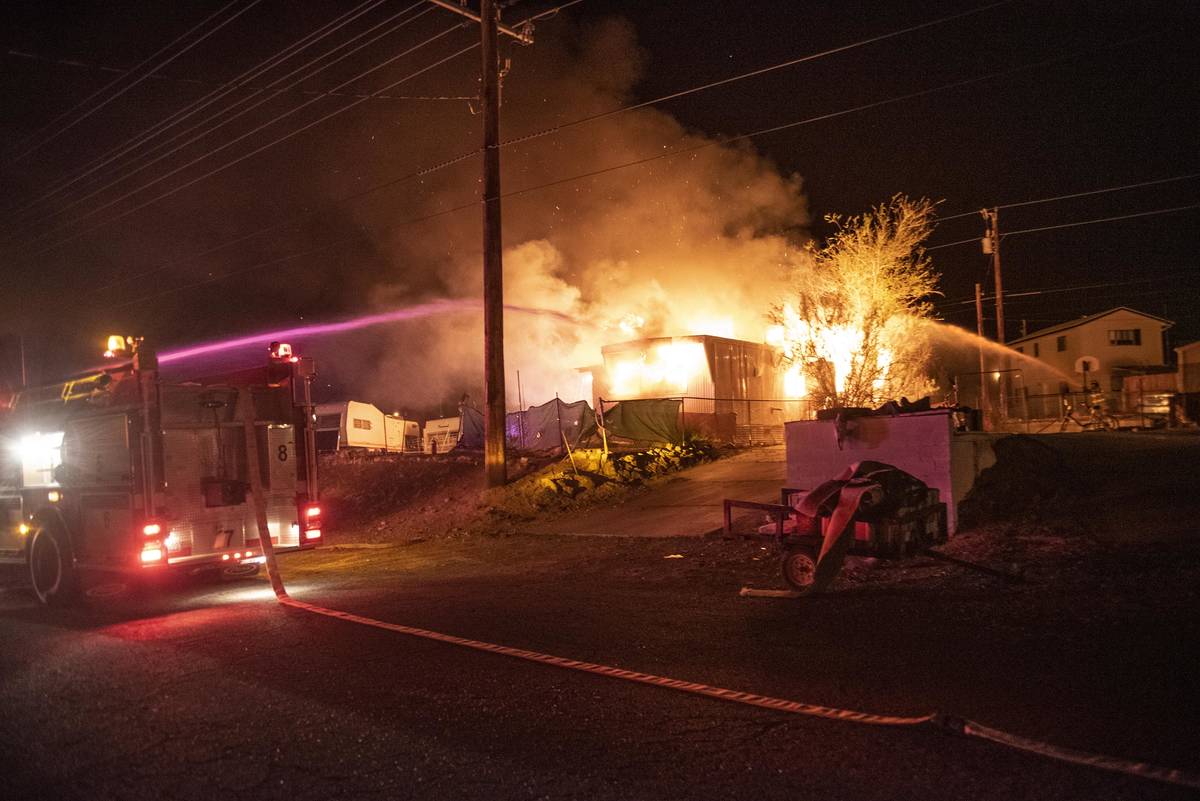 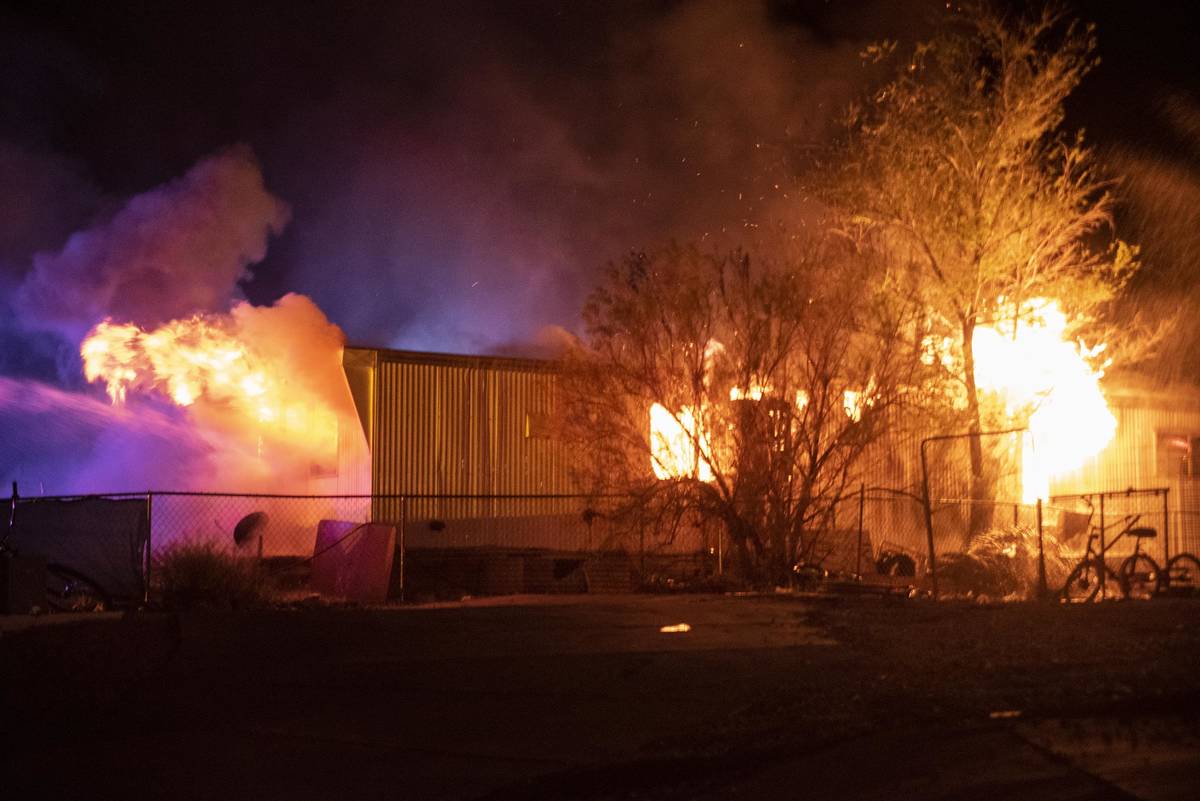 Firefighters had to keep a respectful distance as they poured water on the completely engulfed mobile home because it was full of stores of black powder and ammunition. As they fought the blaze, there was a constant background noise of pops, bangs, and booms.

The mobile home had been the residence of Cecil Teague, who was a gun enthusiast and a past member to the Beatty Cowboys and Floozies in Petticoats.

Teague passed away in 2019, and the property was being watched over by Wayne Hale, who lives in his own motorhome on the property.

Hale said he was awakened when the electrical power on the property went out. Investigating the cause of the outage, he discovered that a swamp cooler on the end of the mobile home was on fire, and he initially tried to put the fire out with a garden hose.

The swamp cooler was not operating at the time, but appeared to be the source of the fire. There was speculation that a pack rat might have chewed through some wiring.

Hale ruled out the possibility of a squatter being inside the mobile home, saying that he watched over it carefully and knew that both doors were locked.

On the basis of Hale’s statement, Fire Chief Mike Harmon concluded that there was no need for the fire to be investigated by the fire marshal.

The fire did spread to Hale’s motorhome, but the fire department was able to minimize the damage. Hale was able to spend some time inspecting the damaged room, and the fire there was considered out.

However, the fire department was called out again at 6:30 a.m. when the fire in the motorhome flared up again. They soaked the contents of the room and removed smoldering bedding and clothing.