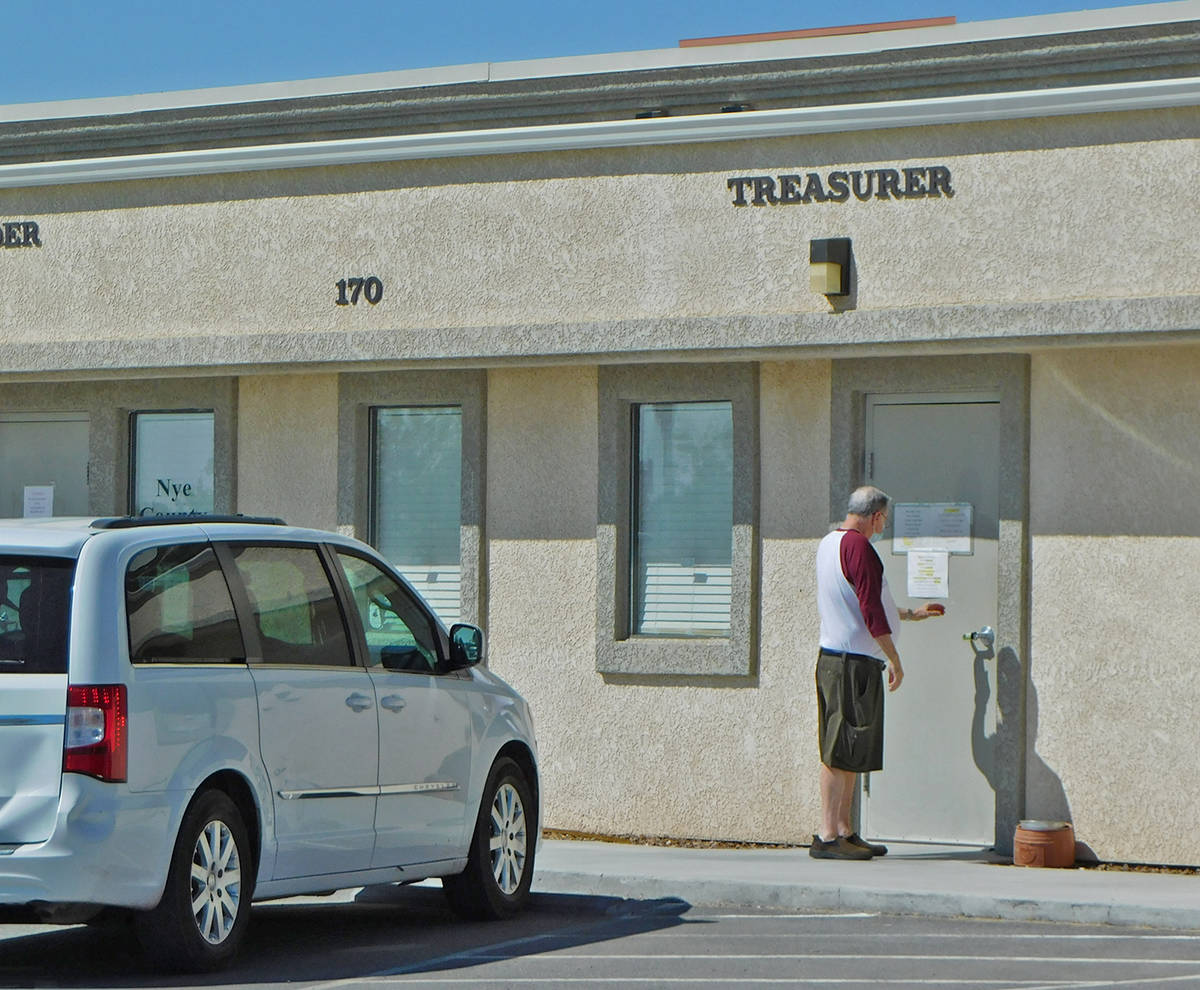 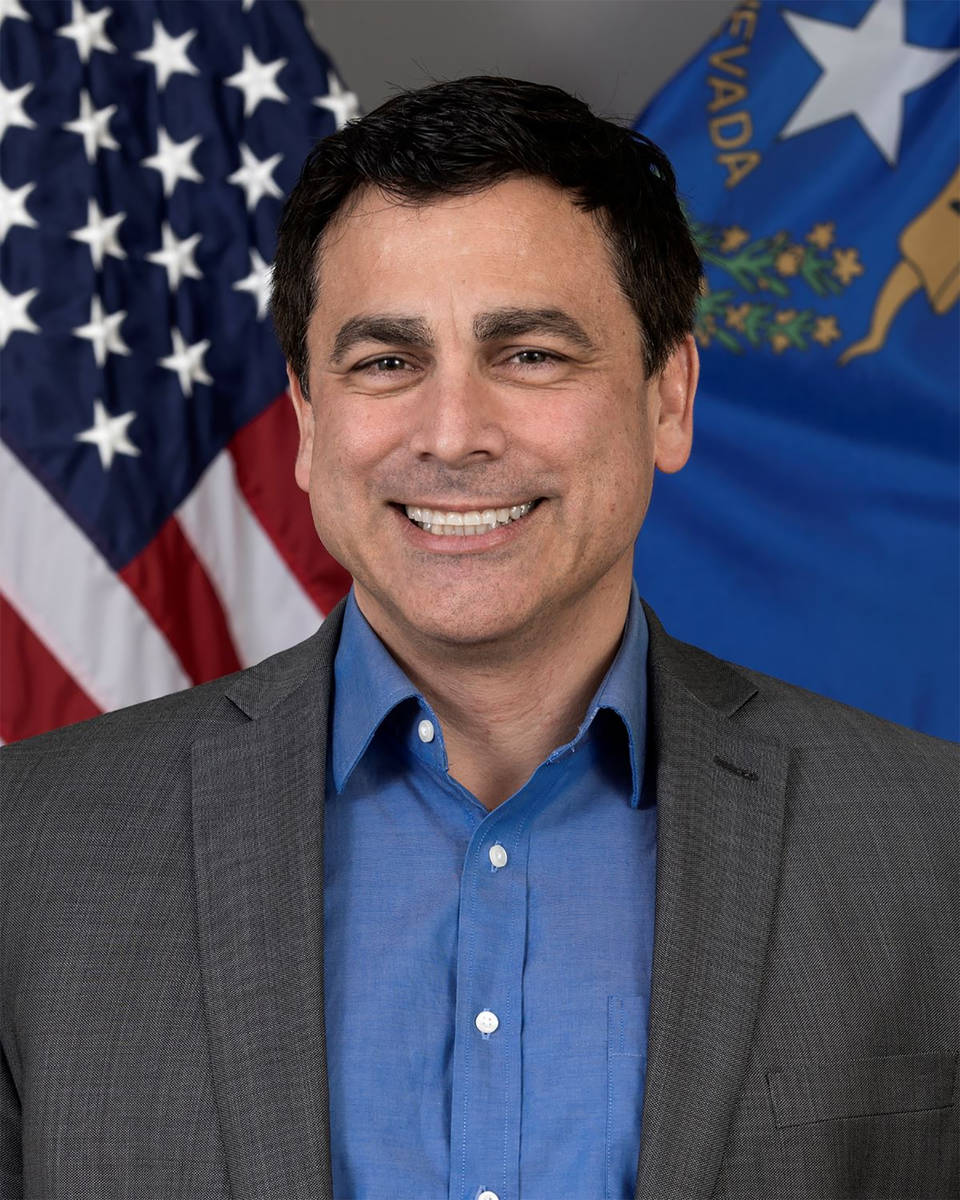 At the latest Nye County Commission meeting, Nye County Treasurer John Prudhont took a few minutes to discuss tax season and the many challenges this poses to his office.

With a fairly small staff manning the office and literally tens of thousands of property tax payments making their way to the office en mass, either via in person, over the phone or mail-in payments, he explained that it takes time to work through the process and asked local residents to have patience and understanding, not just during this tax season, which is particularly difficult due to storm damage sustained at the Pahrump office, but during each of the quarterly occurrences in which local property taxes become due.

Prudhont explained that property tax payments account for about 50% of all of the work that the treasurer’s office must undertake each year. He noted that mail-in payments are very common but there are also plenty of people who make their way to the treasurer’s office to make their payments in person, which in recent weeks has caused lines of people extending all the way out the front door, waiting for service. In addition, the office receives hundreds of calls per day and many of those callers leave messages, which then must be listened to and answered.

“And while I am returning a phone message, I can’t be picking up the phone, taking a live call that is coming in, because I am trying to follow up with the people that called, say, last Thursday and trying to get through that group of people,” Prudhont detailed.

He cited one recent example of a local resident who had called the treasurer’s office seven different times. “Every time a person calls in… and leaves a message, we have to listen to those messages. Then we have to figure out whether or not we have called that person before, then we have to call that person and go through the process of taking the payment,” Prudhont said, noting that all of this takes time.

“So what I am asking to public to do is, please be aware that we are diligent, we are working very, very hard. My whole staff, we have economies of scale,” Prudhont stated. “What we do, we do very, very well and if you look at the numbers, we are doing an amazing job getting through this deluge that happens every year. And every year we end up having complaints, from people who don’t understand what the process is all about or don’t want to be aware of it. So please, for those of you who have left messages regarding your payments, know that we will get to you.”

Prudhont explained that the due date for the first installment of fiscal year 2021-2022’s property tax payments was Monday, Aug. 16 but this wasn’t something for area property owners to become frantic about, as Nevada law provides for a 10-day grace period before payments are considered overdue and penalties or fees can be charged. So long as payments are made or checks are in the mail and postmarked by tomorrow, Thursday, August 26, property owners will be credited as paying on time, he emphasized.

Prudhont added that many of the calls his office has been receiving are from those who are worried because their checks have not yet cleared. This, too, is something that property tax payers should not fret about, as Prudhont noted that it can take his staff members weeks to work their way through all of the payments that come in during tax season.

“We get hundreds of checks, we deposit them with our bank… they go through their clearing process and they are buried during that because they have other business to do as well,” Prudhont said. “Then they have to segregate each of those checks to each of the banks for each of the people who made their payments. Then those banks (taxpayers’ banks) get those checks, they have to scan those in and they have to apply them to the account. All of these things take time and it is not incompetence that is causing the slowdown.

“Part of the reason why I am talking is to help people understand that there is a process here, that is the most efficient process available, but we get buried every single year. So please have patience with us, I have a great team and they are doing the work of the county and they are doing it effectively,” Prudhont concluded.

Nye County Commissioner Frank Carbone said he himself had gone down to the treasurer’s office not long before the meeting and he could attest to the fact that the office was extremely busy that day, with a line of people so long that he decided to forgo asking the questions he had dropped by the office for.

Carbone then turned to the subject of fees associated with making payments via credit card, asking Prudhont to expand on that.

“There are actually a couple of different charge setups,” Prudhont responded. “We use a company called Point and Pay, they are a credit card processing company… and it’s listed as a ‘convenience fee’ when people make the payments (with a card), because it’s for the convenience of the person making the payment.”

Prudhont said there was a time when payments could not be made with a card and had to be made with cash or check. The inclusion of a credit card payment option allows residents the ability to pay with a card but that convenience is not something that all taxpayers should foot the bill for, he stated.

Fees for property tax payments include a $1.50 fee per payment made by electronic check. For those who want to use a card to pay, this comes with a fee of 2.5% of the payment amount, with a minimum fee of $2.

“People aren’t required to make their payments that way. If they choose to do it that way, then there is a convenience fee that goes to Point and Pay. Nye County doesn’t receive any of that money at all,” Prudhont said.

Nye County Commissioner Debra Strickland jumped in to reiterate, “We don’t absorb that cost,” while commissioner Leo Blundo added, “Since they are tax dollars, we can’t eat the cost of the credit card processing.”

Commissioner Bruce Jabbour then touched on the staffing at the office and Prudhont explained that at that time, he had one staff member out for personal reasons and was looking to hire one person to fill an existing vacancy but other than that, he office was fully staffed. While hiring additional staff would seem to be an obvious solution for helping the treasurer’s office get through tax season more quickly, Prudhont said he would prefer not to go that route.

“You don’t want to have excess capacity,” Prudhont said. “It’d be great to have 50 employees right now processing payments and we’d be right on top of everything. But then, this happens four times a year and it kind of slows down on the other periods of time. So what happens during that remaining period of time, other than cost for the county? I’d rather see that maybe somebody’s check is to returned to them in 45 days then to try to lobby for higher taxes to pay for more employees. I’d rather see Nye County’s taxes be low.”