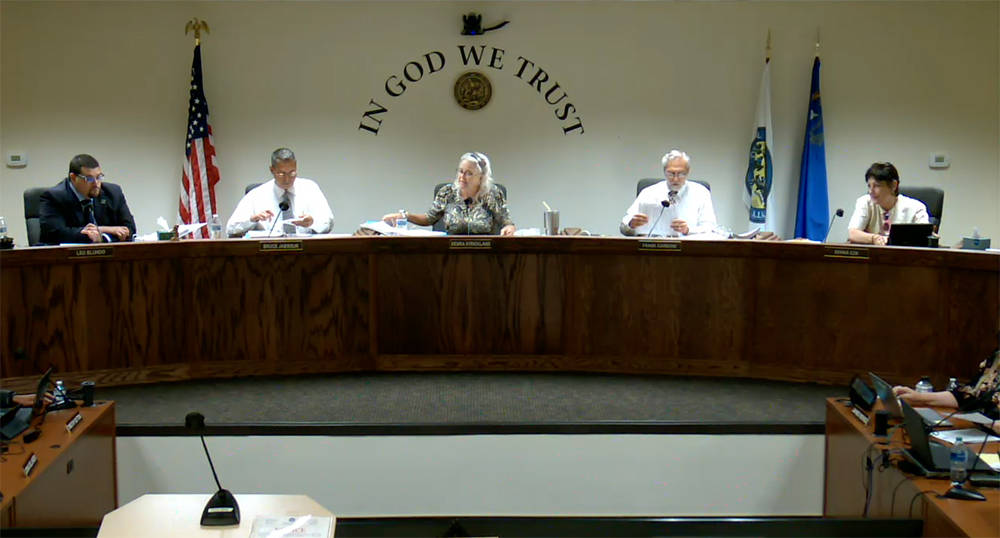 Screenshot The Nye County Commission voted to allow county staff and elected officials to forgo face coverings of any kind without having to provide proof of medical condition or full vaccination status. 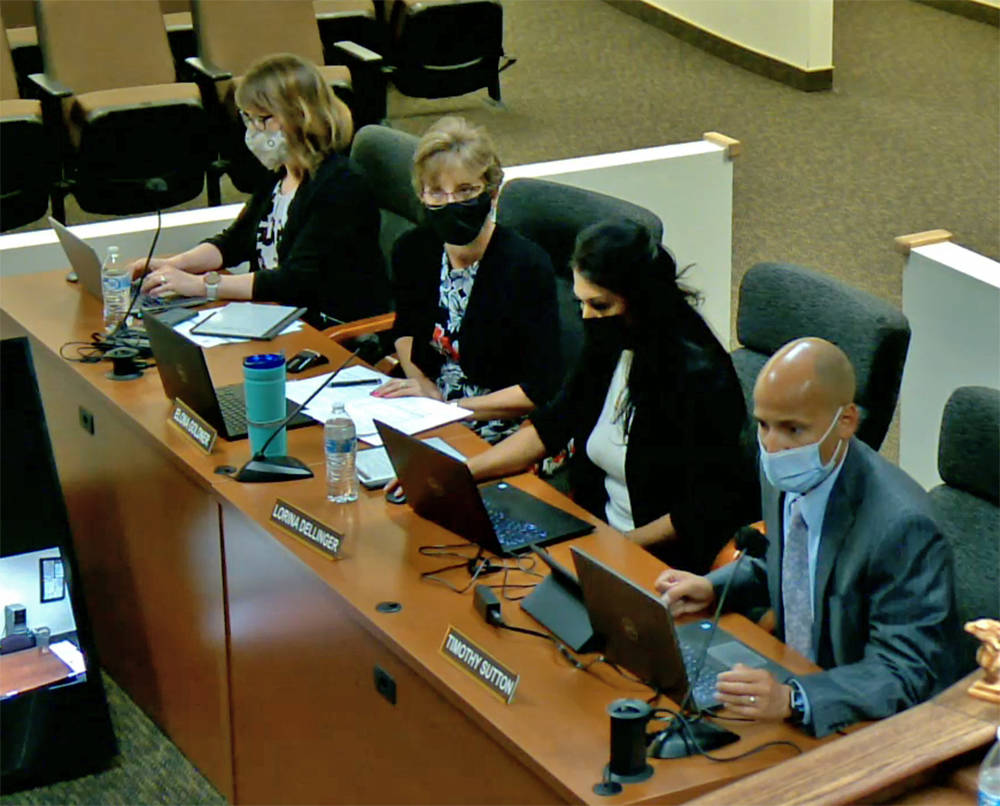 The item regarding the mask policy for county staff and elected officials went before the board on Tuesday, June 15, with Nye County Manager Tim Sutton explaining the county, when it set its public policy in May, had failed to set one to specifically address those employed by the county or representing its citizens in an elected capacity.

“A few months ago, after the CDC changed its guidelines and the state issued its corresponding changes, we went ahead and put out a policy pertaining to the public regarding face coverings,” Sutton stated at the June 15 meeting. “I didn’t hear any pushback, I think all of you were satisfied with that.

“I was informed that policy did not apply to employees or elected officials,” Sutton continued. “If it had just been pertaining to employees, I would have been able to pass this, but since it applies to elected officials as well, who have the same rules and guidelines as employees, I thought it best to bring it before this board… We took a stab at it in consultation with the DA’s office, so that is the proposed policy before you.”

As drafted, the policy stated that county staff and elected officials would not be required to wear a face mask if they were claiming a medical exemption but it would require the use of a face shield for such persons, unless those persons were able to obtain a medical accommodation from Nye County Human Resources. As for those who were fully vaccinated, the policy as drafted would have allowed for such persons to forgo wearing a mask as well, as long as they were able to present their vaccination card to the Human Resources department.

Commissioners, however, took issue with some of these stipulations and by the time the policy was given the thumbs up, the board had reworked it to remove what the obviously felt to be overly intrusive requirements.

“I have been very vocal, a stalwart figure in this masking and our liberty so I would like to take a crack at this,” Nye County Commissioner Leo Blundo told his fellow commissioners as the item was opened that afternoon. He then made a motion to amend the policy by removing the statement, “Vaccinated elected officials and employees shall submit a copy of their vaccination card to Human Resources.”

Nye County Commissioner Frank Carbone provided a second to the motion and Nye County District Attorney staff confirmed that there was nothing improper about the motion that had been made. However, Sutton did jump in to ask that it be amended to make the policy effective immediately. “So I can take this thing off,” Sutton declared, indicating the mask covering his face at that moment.

“Ooh, I like that!” Nye County Commission Chair Debra Strickland enthused, further remarking, “I see people holding their masks right now to take them off!”

Nye County Commissioner Donna Cox then chimed in, asserting that she would also like to see the reference to face shields removed.

Nye County Commissioner Bruce Jabbour had one more tweak to make before the item came to a vote, requesting that the phrase “or may not” be added to the final line of the policy, to ensure it is entirely clear that staff and elected officials have the the ability to choose to wear or not wear a mask.

The motion was amended for each of the recommendations from Sutton, Cox and Jabbour, and then passed unanimously. The action was almost instantly followed by a majority of those wearing face masks removing them to reveal their satisfied smiles beneath.