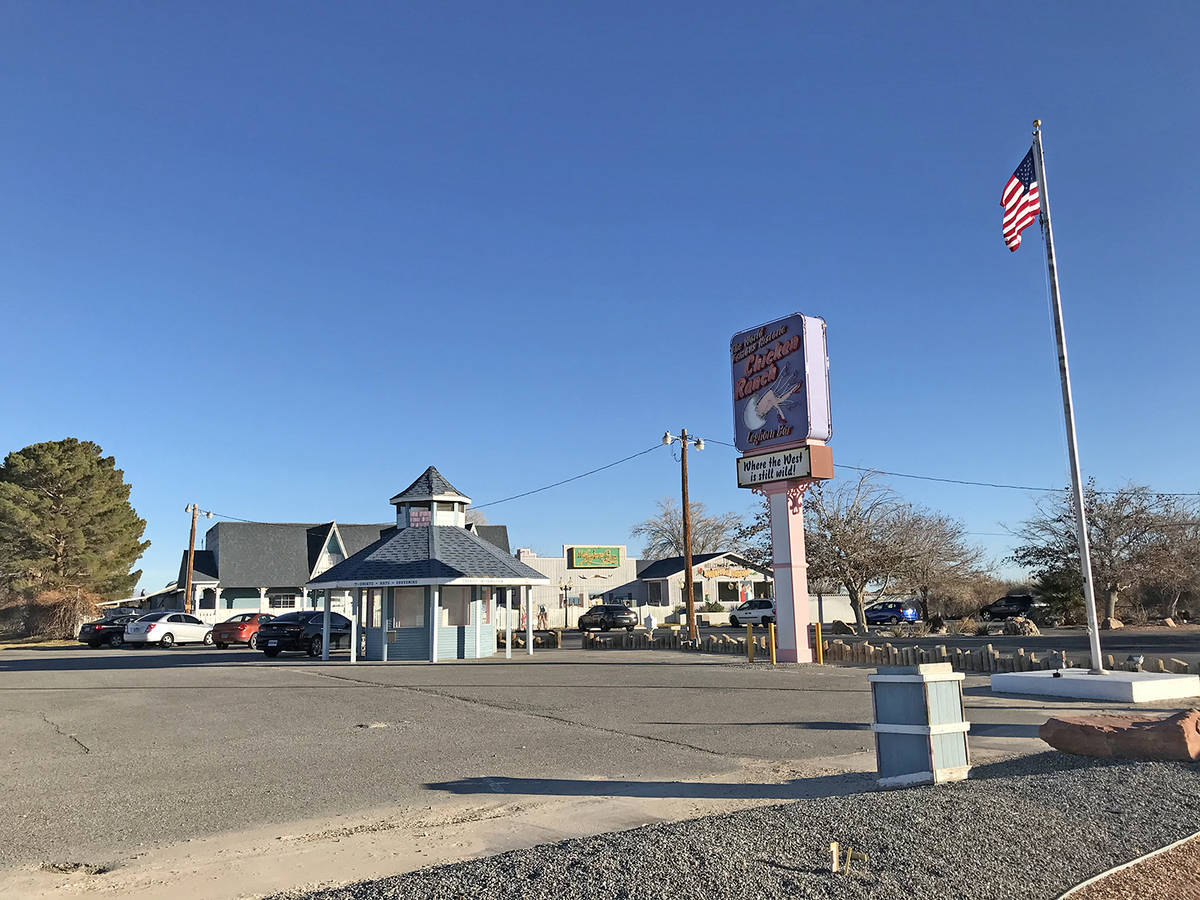 Robin Hebrock/Pahrump Valley Times Nye County approved a request to waive nine months of quarterly licensing fees for the local brothel industry. The Chicken Ranch brothel, as seen in this Dec. 31, 2019 photo, is located in Pahrump. 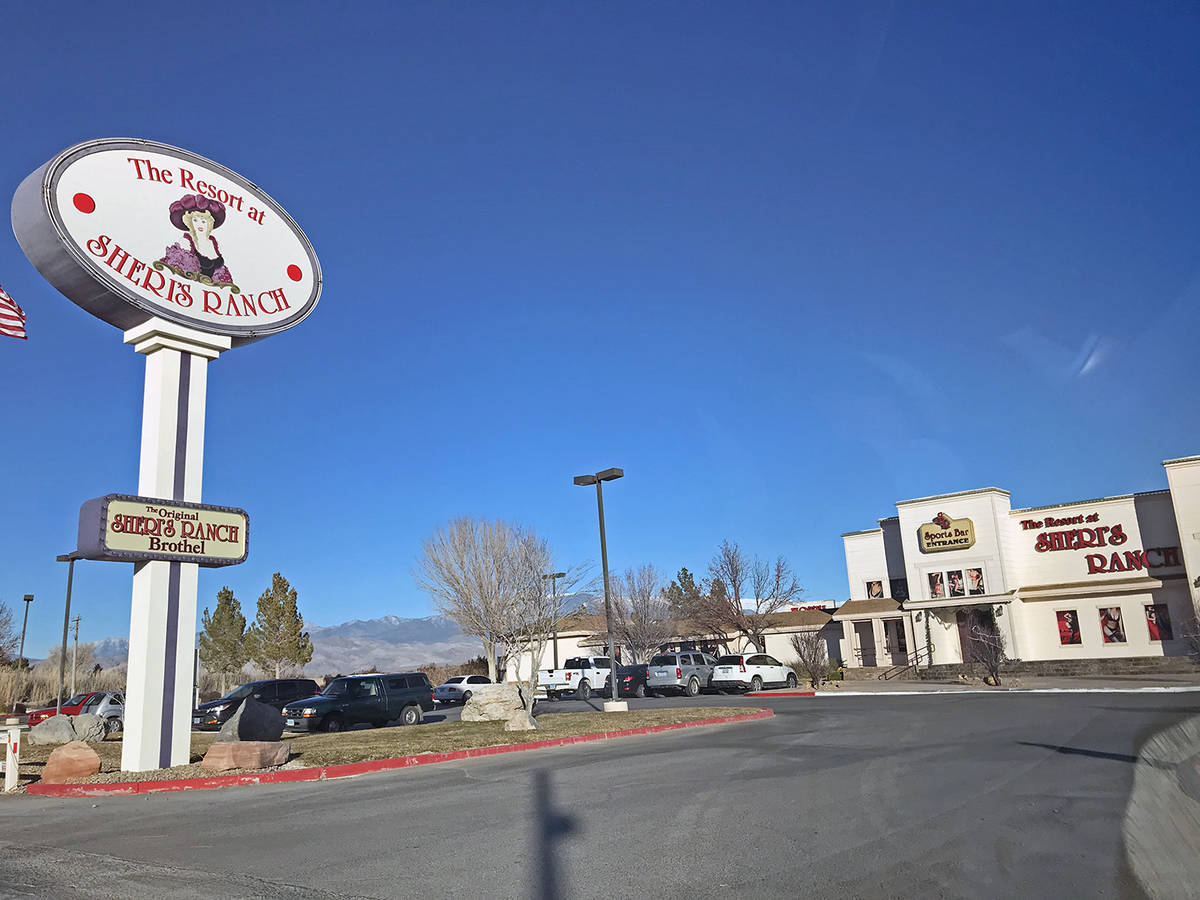 Robin Hebrock/Pahrump Valley Times Sheri's Ranch brothel and other brothels in Nye County have been granted some financial relief in the face of the COVID-19 pandemic, with several months of quarterly licensing fees waived. 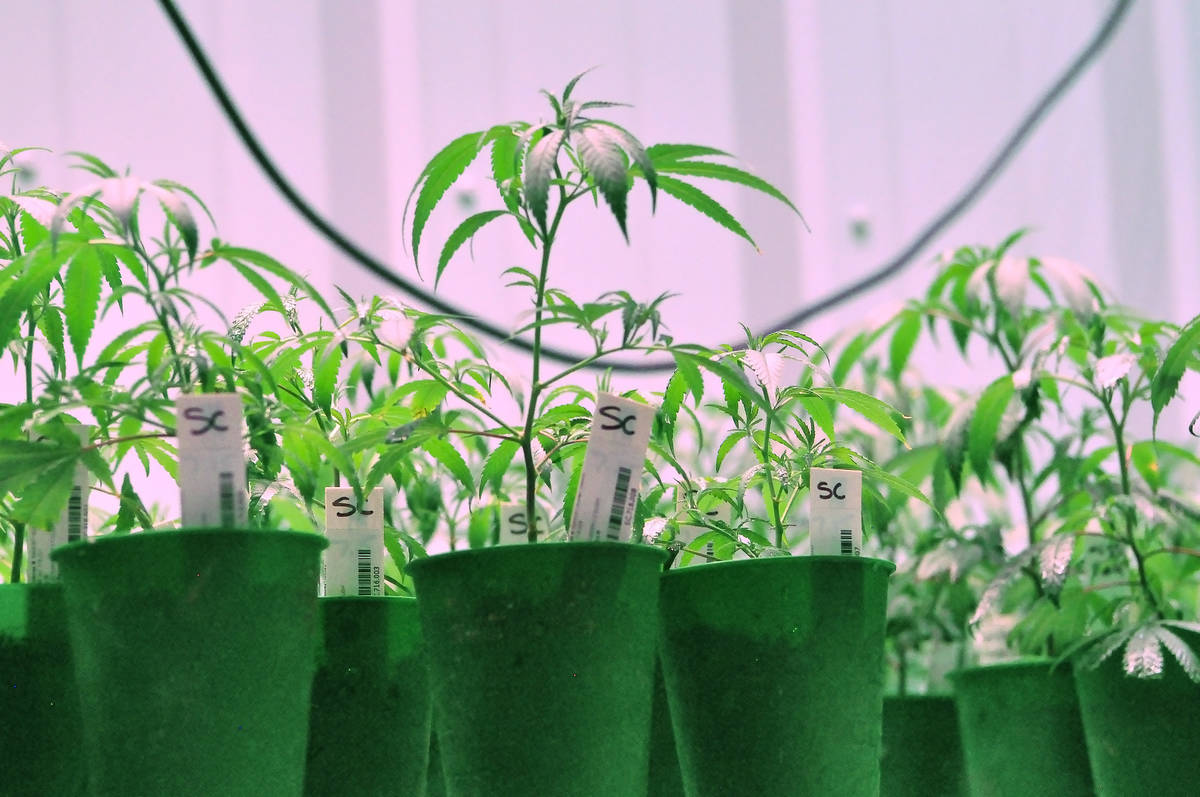 Horace Langford Jr./Pahrump Valley Times While Nye County has waived licensing fees for the brothel industry, the same request on behalf of marijuana establishments was rejected by commissioners during the board's Oct. 20 meeting.

In the face of COVID-19, many businesses in Nye County have seen negative impacts and have been struggling to keep afloat as the pandemic continues to hold sway over government mandated restriction. In a lot of cases, those businesses have been able to turn to federal, state and local programs for assistance but not so for the brothel and marijuana industries, which are barred from utilizing a majority, if not all, of the available programs.

In an attempt to provide some relief to these particular industries, Nye County Commissioner Leo Blundo brought two agenda items to the commission during its Oct. 20 meeting. The first was a request to waive licensing fees for the brothel industry and the other, to waive licensing fees and credit late fees previously paid by marijuana establishments in the county. Though similar in nature, the reactions these two items elicited were quite different, with commissioners unanimously supporting the request on behalf of brothels while majority objected to the request on behalf of marijuana operations.

The commission started off by addressing the agenda item for the brothel industry, with Blundo explaining, “This industry has been shut down by the pandemic the entire time… I’m just asking this board to be equally fair to business across the slate… Being that this is one of the world’s oldest professions and we are one of the very few counties in the state that have this business model, this is a way to give back.”

It was noted that when Blundo had drafted the agenda item, the brothel industry was not eligible for any assistance programs. However, that had recently changed, with chairman John Koenig detailing that the brothel industry is now able to apply for CARES Act dollars through the county’s grants programs. This change came after the county requested clarification from the Nevada Governor’s Office, which stated that as prostitution is not federally illegal, that industry was not barred from applying for the programs being made available to the local business community.

The item was specific to waiving the brothel licensing fees for quarters three and four of fiscal year 2020-2021, which would be January, 2021 through June, 2021 and quarters one and two of fiscal year 2021-2022, which would cover July, 2021 through December, 2021. The reason for this, Blundo explained, was that he felt it would be best to waive future fees rather than have the county reimburse the brothels for the licensing fees they had already paid this year.

Nye County Sheriff Sharon Wehrly joined the conversation briefly to put her support behind the request, stating, “I do agree that we should not be charging business license fees for businesses that are closed for a very long period of time.”

Chicken Ranch Brothel General Manager Trudy Kevoian also spoke at the meeting, thanking Blundo for bringing the item forward and the commission as a whole for its efforts in trying to get the state to allow the brothels to reopen.

“This is huge for us. We have been closed since March 17. We have paid three quarters of licensing fees, to no avail, for nothing, basically. So this is dear to us and it means a lot to us that you guys would even be considering this,” Kevoian stated.

Jonathan Klempa, representative of Sheri’s Ranch Brothel, spoke as well. “As with anybody in this predicament, we just want to get open, but we appreciate any assistance you can give to us,” he said.

Nye County Commissioner Debra Strickland had questioned why Blundo had suggested an entire year of waived fees, to which he remarked that he felt a calendar year would simply be easier to administer. Later in the discussion, he also noted that though the industry has only been shut down since March, a total of seven months, no one knows for certain when the brothels will be able to reopen.

However, Koenig said he was hopeful that the brothels would be allowed to get back to business in the near future and therefore, he made a motion to approve the agenda item in part. His motion was to waive quarterly licensing fees for the brothels for quarters three and four of fiscal year 2020-2021 and quarter one of fiscal year 2021-2022, which would amount to about $69,375 in total. Nye County Commissioner Lorinda Wichman provided a second and that motion passed with all in favor.

Both Strickland and Koenig noted that if the shutdown of the brothel industry continues for much longer, the item could be brought back to have the fees for the second quarter of fiscal year 2021-2022 addressed once more.

The item regarding the waiving of marijuana licensing fees, on the other hand, did not meet with the same kind of support and several commissioners argued flat out against approval.

Koenig began the discussion on the marijuana item by explaining that he did not see a reason for waiving the licensing fees for an industry that has not been impacted by the pandemic the way most other industries have been.

“Most of them sold at least $1 million worth of product in the last quarter. The one right up the street here, I go by it every day, both ways, and every time I go by it, the parking lot is full of cars, people are working. I see how brothels got hurt. I don’t see how these guys got hurt,” Koenig declared.

Blundo retorted that the marijuana establishments are excluded from any sort of assistance funding, as the use and sale of marijuana is still federally illegal, and he was simply looking for a solution to provide them with help just like other businesses. “I just look at it and it’s, we have to think, you know what, we’ve got businesses, we have to treat all businesses equally, fair,” Blundo stated.

Nye County Commissioner Donna Cox, who had been silent up until this point, then jumped in with her thoughts, concurring with Koenig’s take on the situation. “They’ve not been shut down, they are not out of business, they still have all their employees and they still have all their customers. And that is way different than the brothels. The brothels have been shut down. Those girls have not been working, those employees have not been working. Big difference.”

Wichman and Strickland agreed with Koenig as well, with Strickland citing the same pot sales figures that Koenig had. This in and of itself was a point of frustration for Blundo, who questioned why Strickland and Koenig would have figures that he and the rest of the board did not. Both remarked that they had asked for additional information from the finance department when researching the agenda item.

The discussion then turned to public comment, during which three speakers also sided with those opposing the item. One, however, Sarah Chapman, with Nye County Consultants Association, said as someone intimately familiar with the industry, she understood the difficulties the marijuana operations have faced over the past seven months, which included a scramble to switch to a delivery model when the pandemic first hit the state. With financial information at hand, Chapman said the comparisons between March 2019 and March 2020 showed that the industry had in fact seen a slump. The same slump could be seen when comparing the months of April and May 2019 versus April and May 2020.

This did nothing to budge commissioners’ positions of opposition and as the discussion drew to a close, an obviously incensed Blundo stated, “I’m sorry that you have to be almost half-dead to receive assistance.”

Despite the lack of support, Blundo then ventured to make a motion to approve. That motion failed for a lack of a second and the item itself then died for lack of a motion.