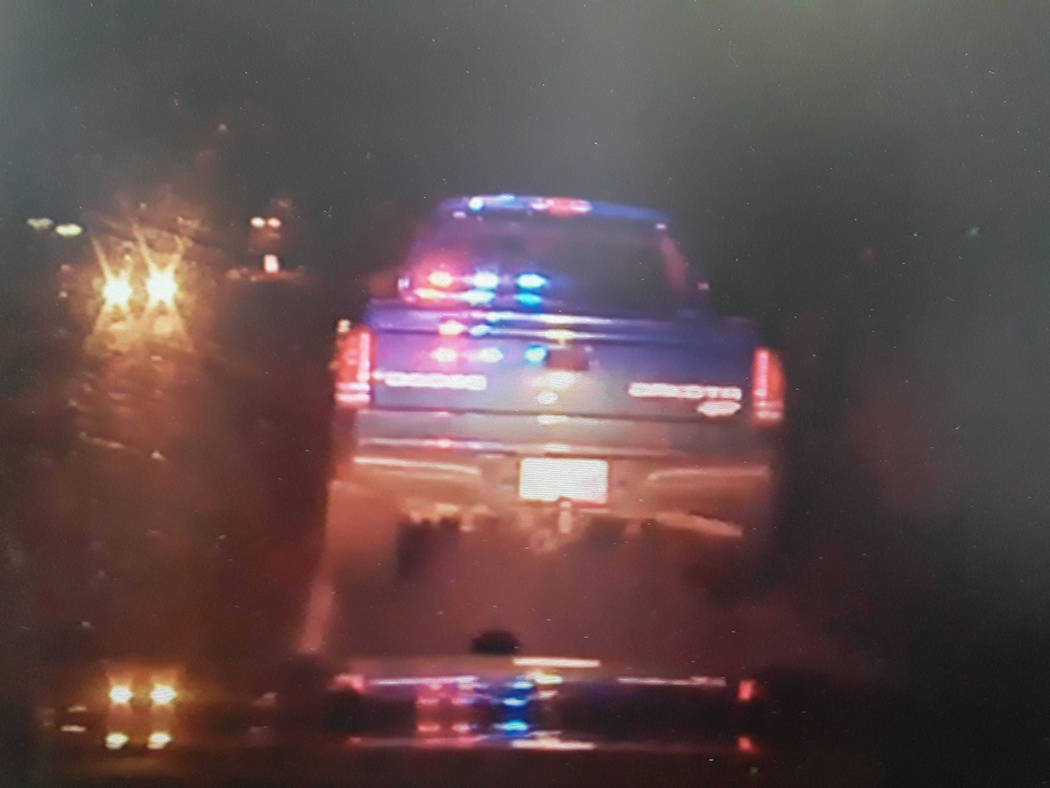 Special to the Pahrump Valley Times Dash cam footage showed the moment when the driver of a red, late model Chevy SUV struck the open driver's side door of a Nye County Sheriff's Office marked vehicle, missing the deputy by inches, the sheriff's office said. The vehicle was last seen heading westbound along Charleston Park Avenue.

What appeared to be a routine traffic stop nearly turned deadly for a Nye County Sheriff’s Office deputy this week.

As stated in a sheriff’s office video news release, Operations Sgt. Ann Horak said the deputy, in a marked vehicle with a spotlight and flashing overhead emergency lights activated, conducted the traffic stop on a Dodge pickup truck in the area of Charleston Park Avenue and Woodchips Road, on Monday, March 2, at approximately 10 p.m.

“During the course of the stop, a red Chevrolet SUV, struck the open driver-side door without stopping,” Horak said. “The passing vehicle missed the deputy by inches. The vehicle was last seen heading west on Charleston Park.”

Horak urged anyone who may have recognized the vehicle or can provide any information about the incident, to contact the sheriff’s office at 751-7000 or by email at sheriff@co.nye.nv.us