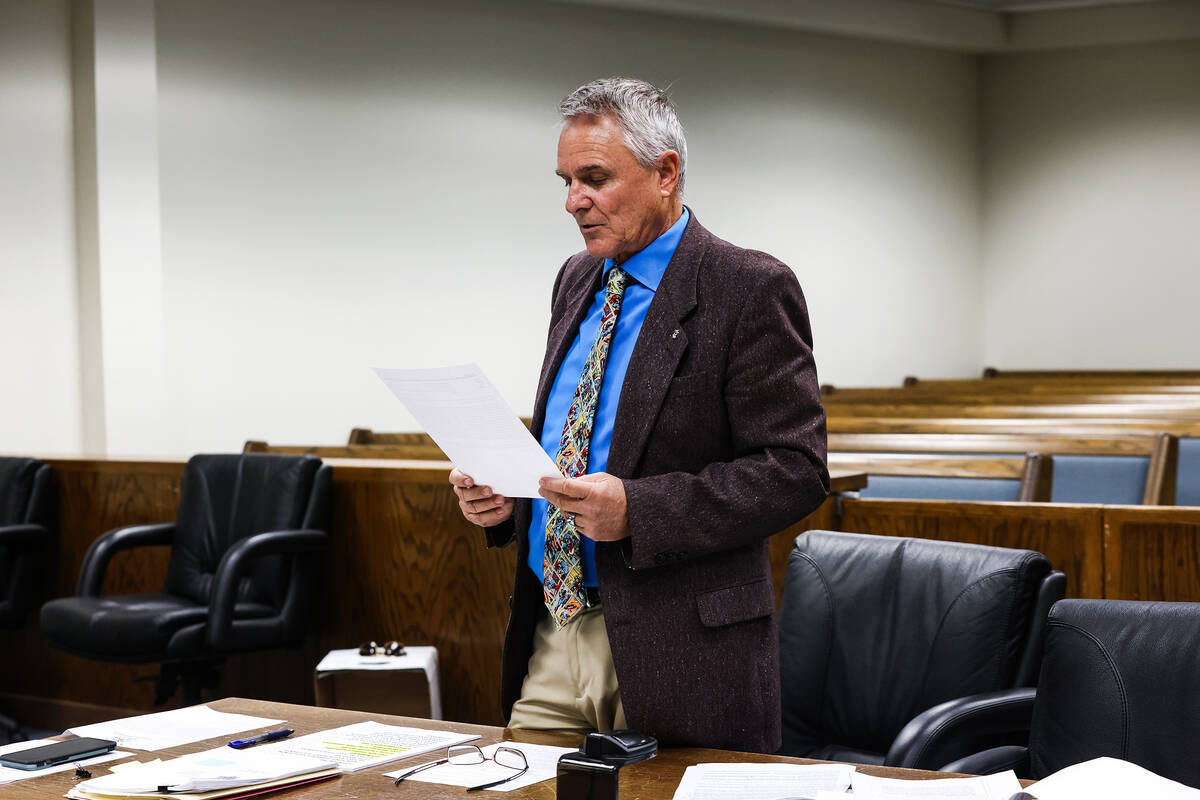 Rachel Aston/Las Vegas Review-Journal Nye County Deputy District Attorney Kirk Vitto is hanging up his hat as a prosecutor and will now assume the position of Pahrump Justice of the Peace.

Out of what commissioners deemed to be an outstanding pool of applicants, longtime Nye County Deputy District Attorney Kirk Vitto has been selected to assume the recently vacated position of Pahrump justice of the peace.

The seat was previously held by Lisa Chamlee, who was elected in 2018 and had been in office for three and a half years when she made the decision to resign, citing safety concerns as well as personal reasons. Her six-year term will not conclude until the end of 2024, leaving the Nye County Commission with the duty of determining how her seat would be filled.

There were two paths for commissioners to consider; either holding a special election or making an appointment themselves. For both expediency and fiscal purposes, the board decided to seek applications and proceed with the appointment process.

A total of seven applications were received, including those from Vitto, James Ballew, Lillian Donohue, Walt Grudzinski, William Kimbrough and Jacob Skinner. All came with a robust list of qualifications and commissioners agreed that it was difficult to choose between so many exceptional candidates. However, a choice had to be made and after offering applicants the chance to introduce themselves, Vitto was ultimately voted in as the appointed Pahrump justice of peace, Department A.

“For 32 years, through thick and thin, the good, the bad and the ugly, I’ve proven that I care. I’ve proven it’s not about me, it’s not about money, it’s about job No. 1 and doing my best to present a professional work product,” Vitto wrote in his letter of interest. “I have a passion for the law and the pursuit of justice, as evidenced by my occupation as a prosecutor since April 23, 1990. It is doubtful any other applicant can know the law, the courtroom and Nye County better than myself after the years I’ve spent working in Tonopah, Gabbs, Beatty and Pahrump.”

During the meeting, Vitto also remarked that as a decades-long prosecutor with Nye County, he has had the honor of working with an array of judges and justices before. He said he felt he had built a positive relationship of mutual respect with them, as well as many others in the legal system, and he would have no issues continuing those positive relationships as a justice of the peace.

Each of the commissioners appeared confident that Vitto would be equal to the task of his new responsibilities and the motion to appoint him, made by Commissioner Debra Strickland, resulted in a 5-0 vote in favor.