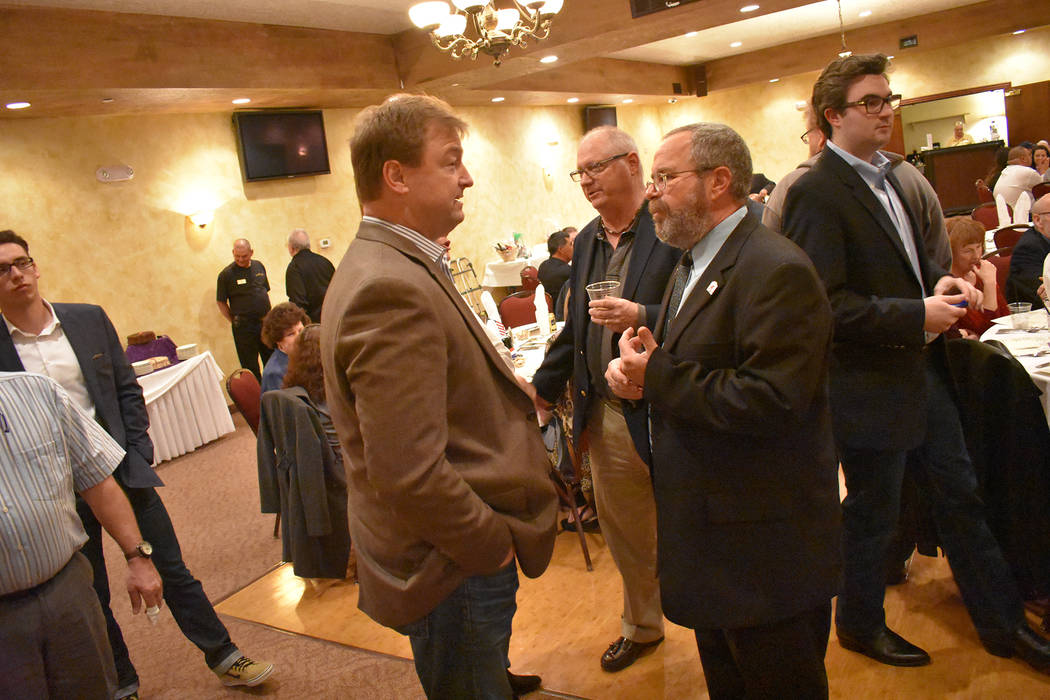 Daria Sokolova/Pahrump Valley Times The Nye County Republican Central Committee for many years has hosted its Lincoln Day Dinner, shown in this file photo, and in 2017, the organization decided to add another dinner to its annual calendar, the Reagan Dinner. This year's Reagan Dinner is set for Oct. 12. 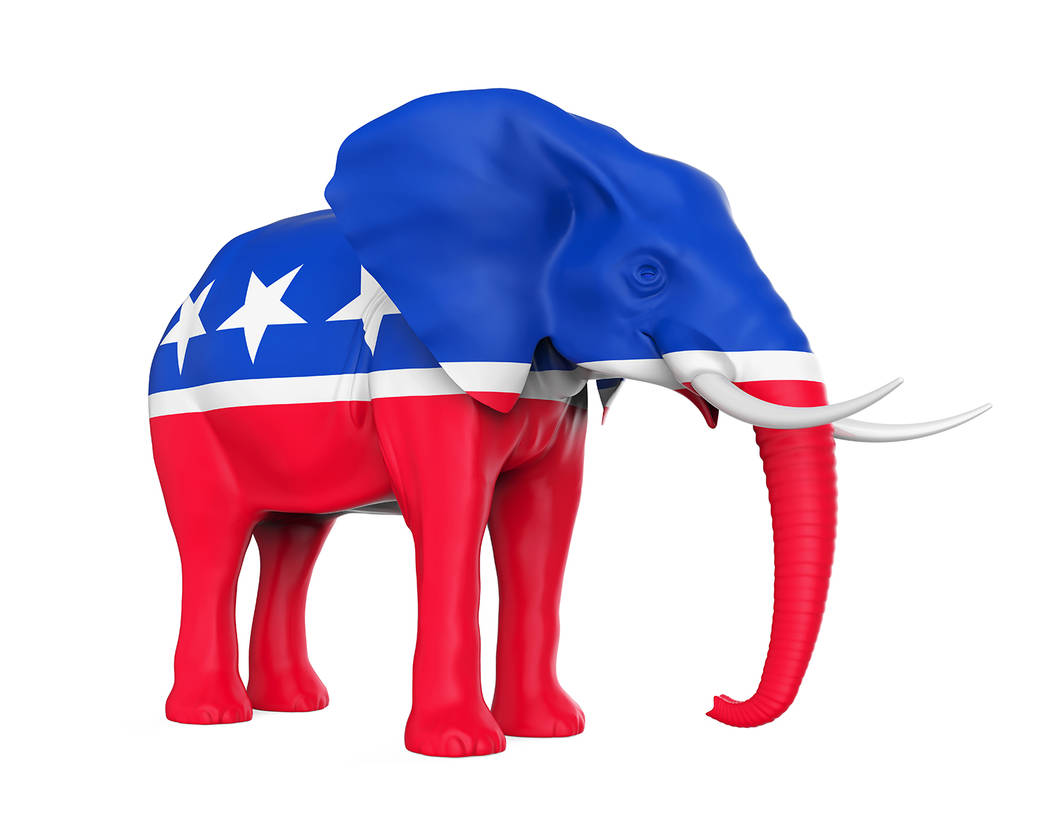 Getty Images The Nye County Republican Central Committee is gearing up for its annual Reagan Dinner, a fundraiser that will feature food, raffles, a silent auction and plenty of political talk. 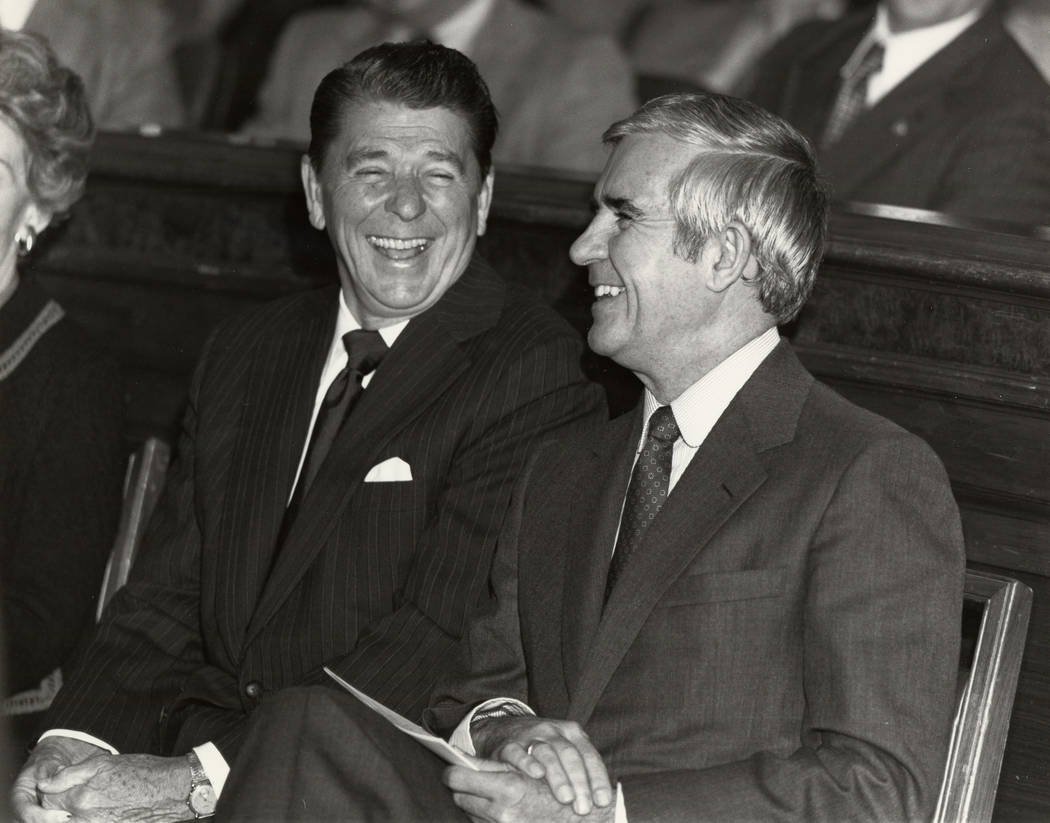 Special to the Pahrump Valley Times Ronald Reagan materials found in the Paul Laxalt U.S. Senatorial Papers, housed in Special Collections & University Archives at the University of Nevada, Reno Libraries, showcase the friendship between the two politicians. “Paul Laxalt’s Reagan Years: Campaigns, Elections and the Road to the White House” is now open for use.

It’s that time of year, once again, when conservative-minded members of the community come together to celebrate the Grand Old Party and all it stands for during the Nye County Republican Central Committee’s annual Reagan Dinner.

The Republican central committee is encouraging everyone to head out and take part in the fun, and of course, all of the political discourse that is a traditional feature of this annual event.

The evening is set to include a meal to tempt attendees’ appetites. The Reagan Dinner will also feature a wide variety of raffle prizes and even some silent auction items to tempt patrons’ pocketbooks as well, as the event is also a fundraiser.

This year’s guest speaker will be Trevor Loudon, whom the Republican central committee described as an author, filmmaker and public speaker from Christchurch, New Zealand.

“For more than 30 years, he has researched radical left, Marxist and terrorist movements and their covert influence on mainstream politics,” the central committee’s website reads. “He believes that these forces must be exposed and countered, as America’s continued role as a bastion of freedom is pivotal for the future of western civilization.”

In addition, Hiebert said the Republican candidates for the U.S. Congressional District 4 seat in Nevada have been invited.

Advance tickets are now on sale, but in order to get the discount associated with purchasing ahead of time, attendees must buy their tickets soon. Advance tickets can be purchased for $70 per person at www.eventbrite.com, where you would search “NCRCC Reagan Dinner.” The discounted pre-sale price will be offered until Sunday, Oct. 6.

Tickets will also be available at the door the night of the event for $75 each. Only cash or PayPal payments will be accepted at the door. Tables for eight are also available for $500 and can be reserved by calling 775-727-2500.

Volunteers and additional donations are always welcome, Hiebert noted. For more information contact Hiebert on Tuesdays or Thursdays at 775-727-2500.