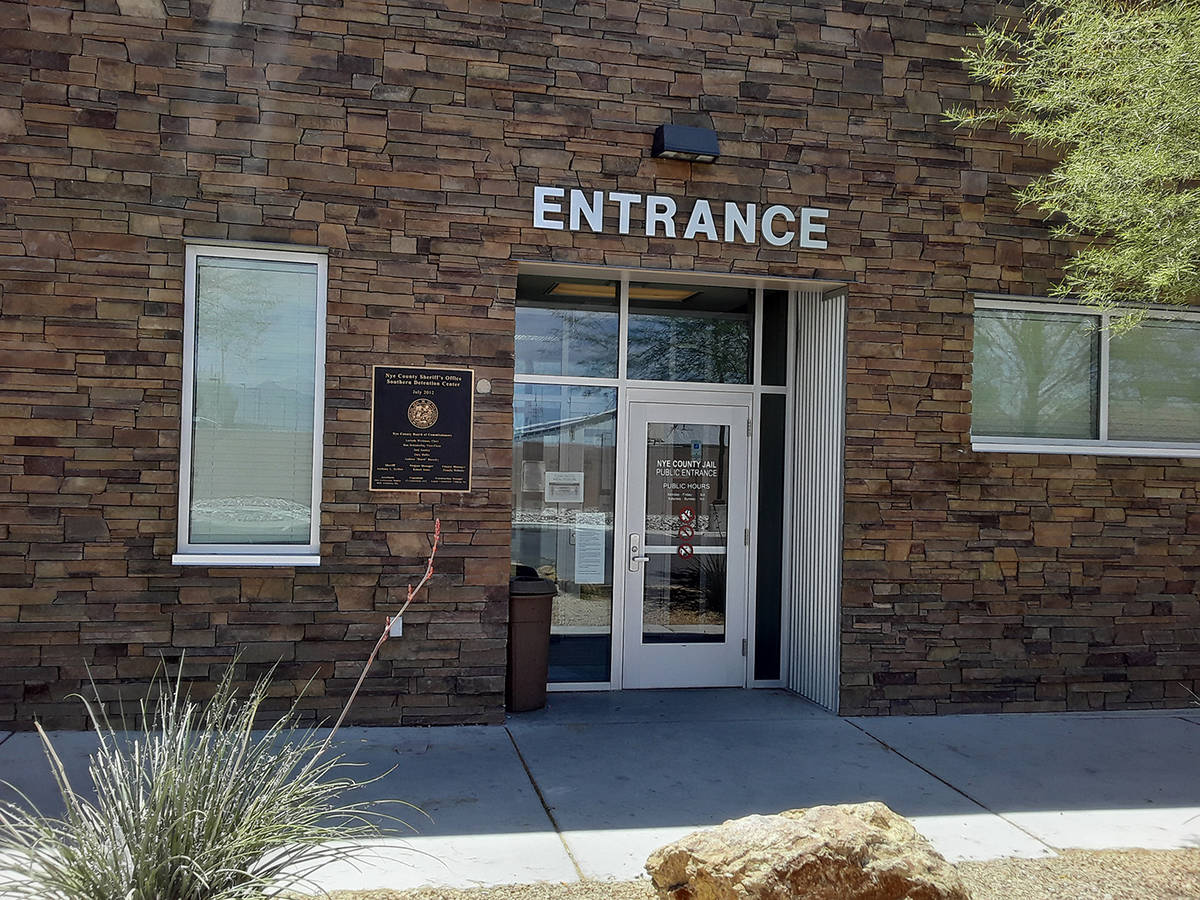 Selwyn Harris/Pahrump Valley Times The Nye County Sheriff's Office reopened for day-to-day business on May 11, after its closure was announced due to the COVID-19 virus outbreak back in March. Officials advised the public to make sure that all paperwork is completed, signed and dated before arrival at the sheriff’s office.

After the closure of the Nye County Sheriff’s Office was announced back in March, the agency reopened for day-to-day business on May 11, with a few caveats, as stated in a video news release.

“Due to the large number of customers we are expecting, we will ask anyone who is fingerprinted, applies for a work card, submit a CCW application, or registers as an offender, to call ahead for an appointment at 775-751-7010, or 775-751-6364,” the release noted. We will not be accepting appointments for Tuesday afternoons after 1 p.m.”

Additionally, officials advised the public to make sure that all paperwork is completed, signed and dated before arrival at the sheriff’s office.

“Please arrive on time,” the release stated. “If you are late for your appointment you may have to reschedule. If paying your fee by cash, please bring exact change, and please obey social distancing rules and wear a mask. Please do not bring anyone who does not need our services into the waiting area. We will be closed from noon until 1 p.m. for lunch each day. If you feel sick, please call to reschedule your appointment at a later date.”

Efforts to learn how operations were functioning at the reopened agency this week were unsuccessful by press time.