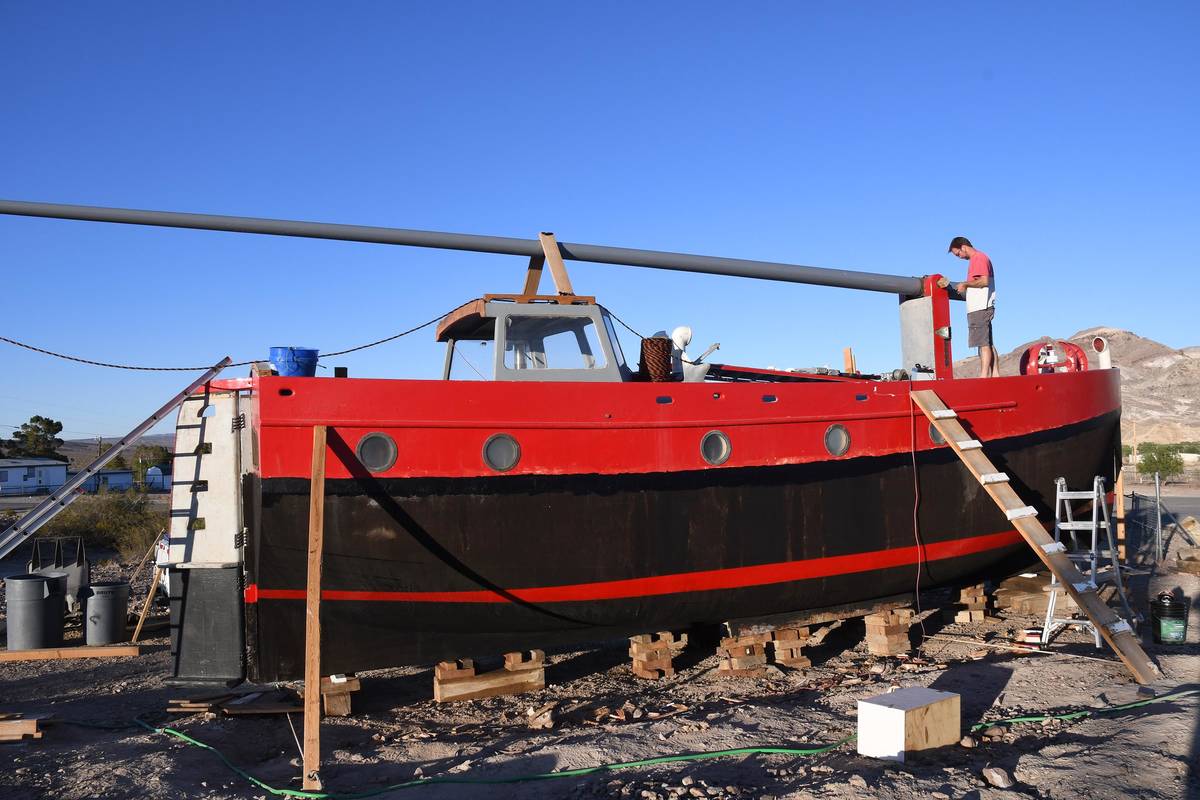 Richard Stephens/Special to the Pahrump Valley Times Everett Staley has spent the last two years in Beatty working on the boat he plans to live on in Portland, Oregon, and hopes to take it sailing someday. 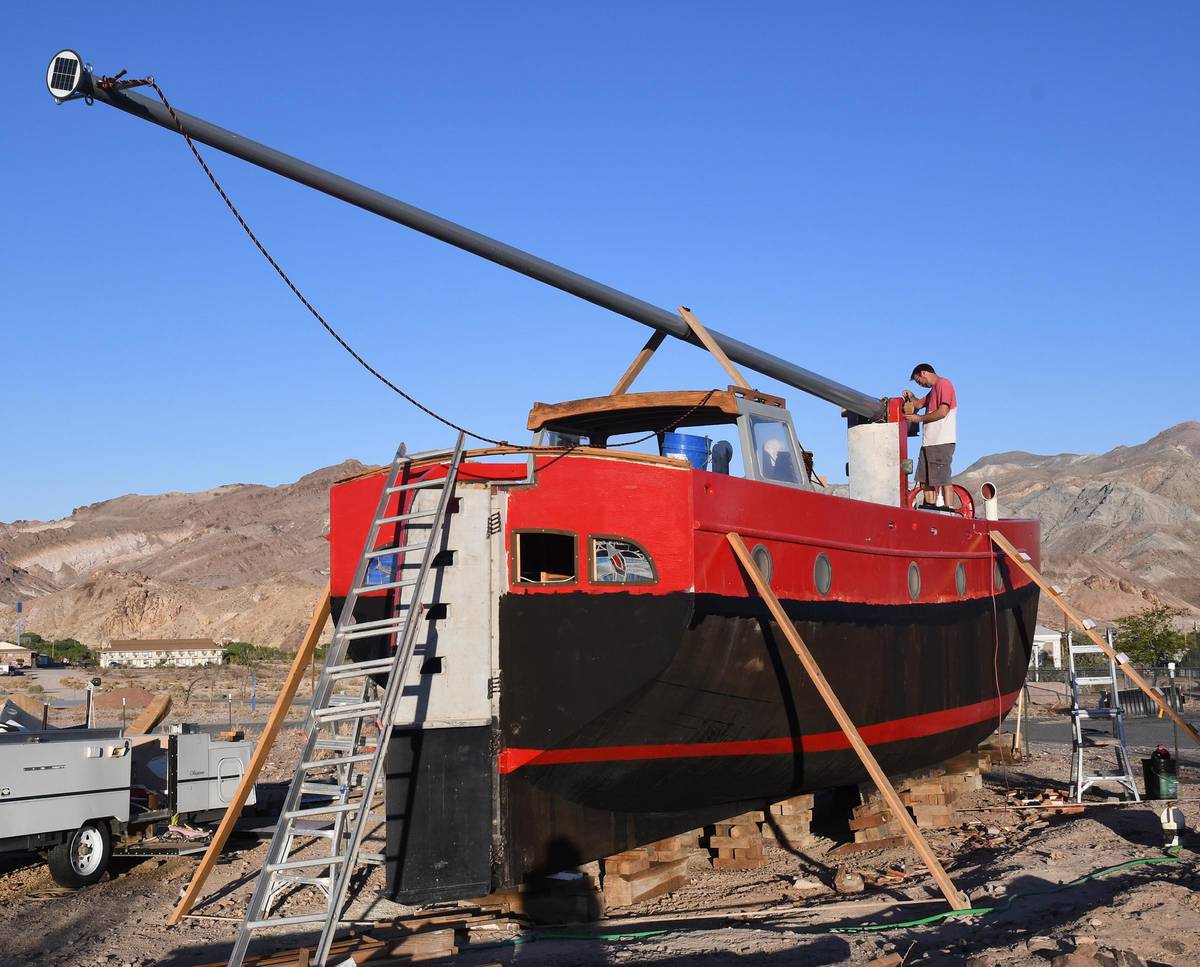 Richard Stephens/Special to the Pahrump Valley Times The boat’s rigging is a modern adaptation of the Chinese junk, called an “aero junk” and has a 40-foot mast. 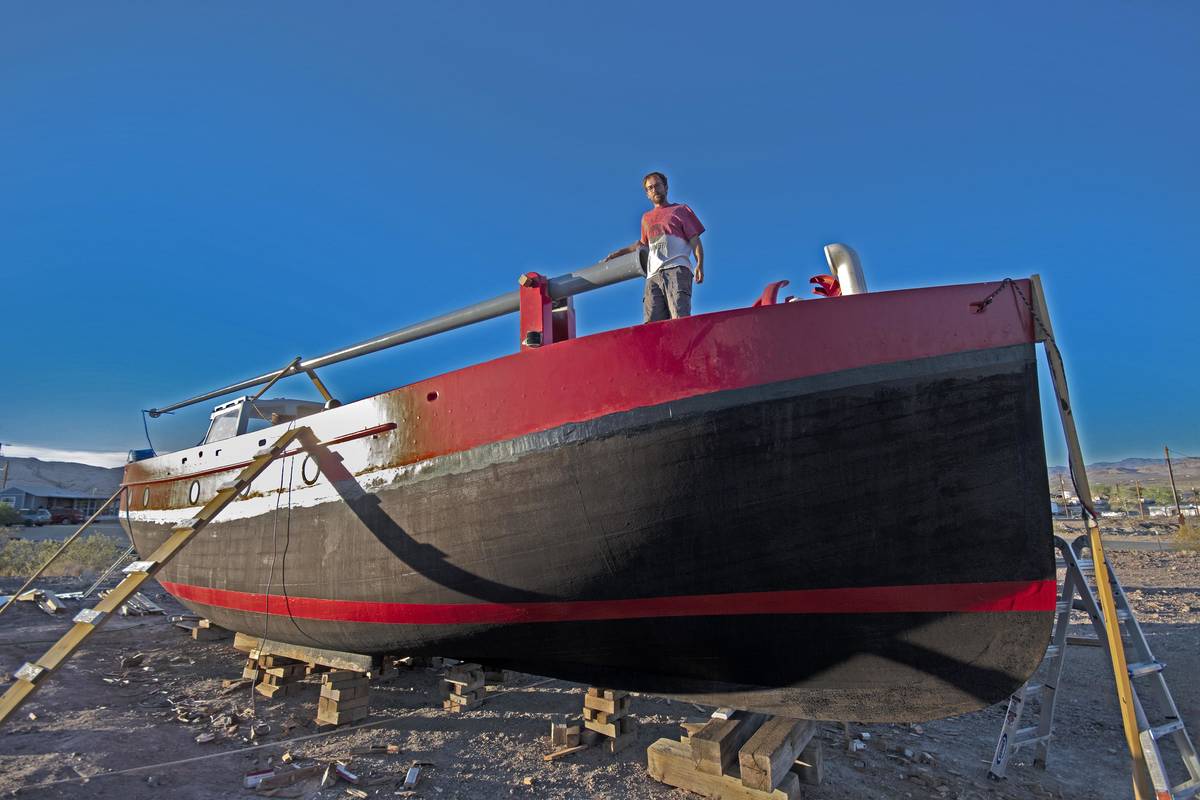 Richard Stephens/Special to the Pahrump Valley Times Staley will have to hire a crane from Las Vegas to hoist the nine-ton vessel into a boat cradle in order to transport it to Oregon. 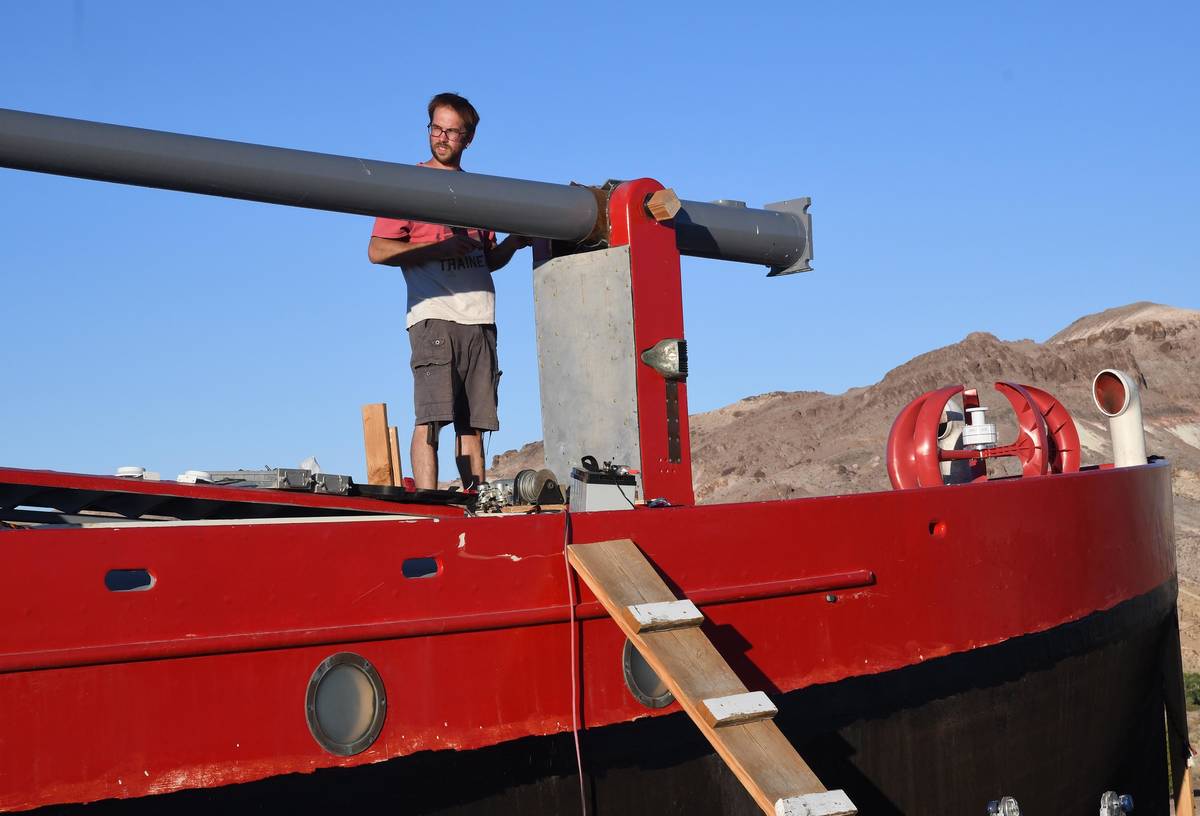 Richard Stephens/Special to the Pahrump Valley Times Staley purchased the new boat in early October of 2017—the weekend after the mass shooting at the Mirage in Las Vegas.

“A tall ship and a star to steer her by,” wrote the poet John Masefield, but it also helps if there’s a bit of water available, so an ocean-going vessel is the last thing you’d expect to see in Beatty, Nevada.

But this is where Everett Staley has spent the last two years working on the boat he plans to live on in Portland, Oregon, and hopes to take sailing someday. He says, for instance, that he’d like to “putt around” the islands of Alaska.

Wherever he might sail to, he says he’d probably stay awhile. “I like to spend time in a place instead of playing tourist.”

“I was living in Portland seven years ago,” says Staley. “When I lived on my first boat. I really liked it, but it wasn’t very livable.”

He only managed to live on that shallow 28-foot decked canoe for one summer, during which time the dinghy he used to get to shore and the bike he used to get to work were both stolen.” He says that securing your property is one of the major concerns when living on a boat.

He purchased the new boat in early October of 2017—the weekend after the mass shooting at the Mirage in Las Vegas.

“In retrospect,” he says, “Moving a boat into the Mojave Desert to work on it wasn’t the best move.”

For one thing, it cost him about $8,000 to have the 36-foot boat transported from California, where it was designed by famed boat builder Phil Bolger, who had intended it for a friend.

It will cost him even more to transport it to Portland, including having to hire a crane from Las Vegas to hoist the nine-ton vessel into a boat cradle.

One drawback of dry docking in the desert is that the low humidity is not kind to wood in the long term, and the boat is made of cypress and oak.

On the other hand, in Beatty he has had plenty of room to work, and he says the neighbors have been supportive and friendly.

He has, of course, had to endure a number of “Noah” jokes, and someone even suggested that he dam up an arroyo, fill it with water, and rent the boat out as a bed and breakfast.

Bolger liked to design boats that could navigate shallow waters, and this one has a draft of only two feet, four inches. “It has a shallow draft,” quips Staley, “but not shallow enough for the mighty Amargosa.”

The boat’s rigging—it has a 40-foot mast—is a modern adaptation of the Chinese junk, called an “aero junk.” This makes the boat easier for a single sailor to operate.

Staley has a Bachelor of Applied Science degree in Digital Information Technology from Great Basin College, which he completed online while working on the boat.

Being very tech-savvy, and also believing in self-sufficiency, he has incorporated modern technology into the boat, including solar panels and a horizontal wind turbine to produce his own electricity. The boat has no engine, but he has plans to eventually add one. He says it will capture energy from prop spin the same way Prius automobiles capture energy from braking.

Staley is the grandson of former Beatty Town Advisory Board Chairman and Nye County Commissioner-elect Dick Gardner. His mother, Gardner’s daughter, Barb Conton, has been helping him work on the boat as he pushes for his planned launch date of June 21. He plans to launch the boat from a marina on the Columbia River.

He said he will follow the boat on the highway as it makes its way to Portland, “But, on second thought, I’ll probably drive ahead of it. I’d be too nervous watching it from behind. I’ll be very relieved when it’s in the water.”