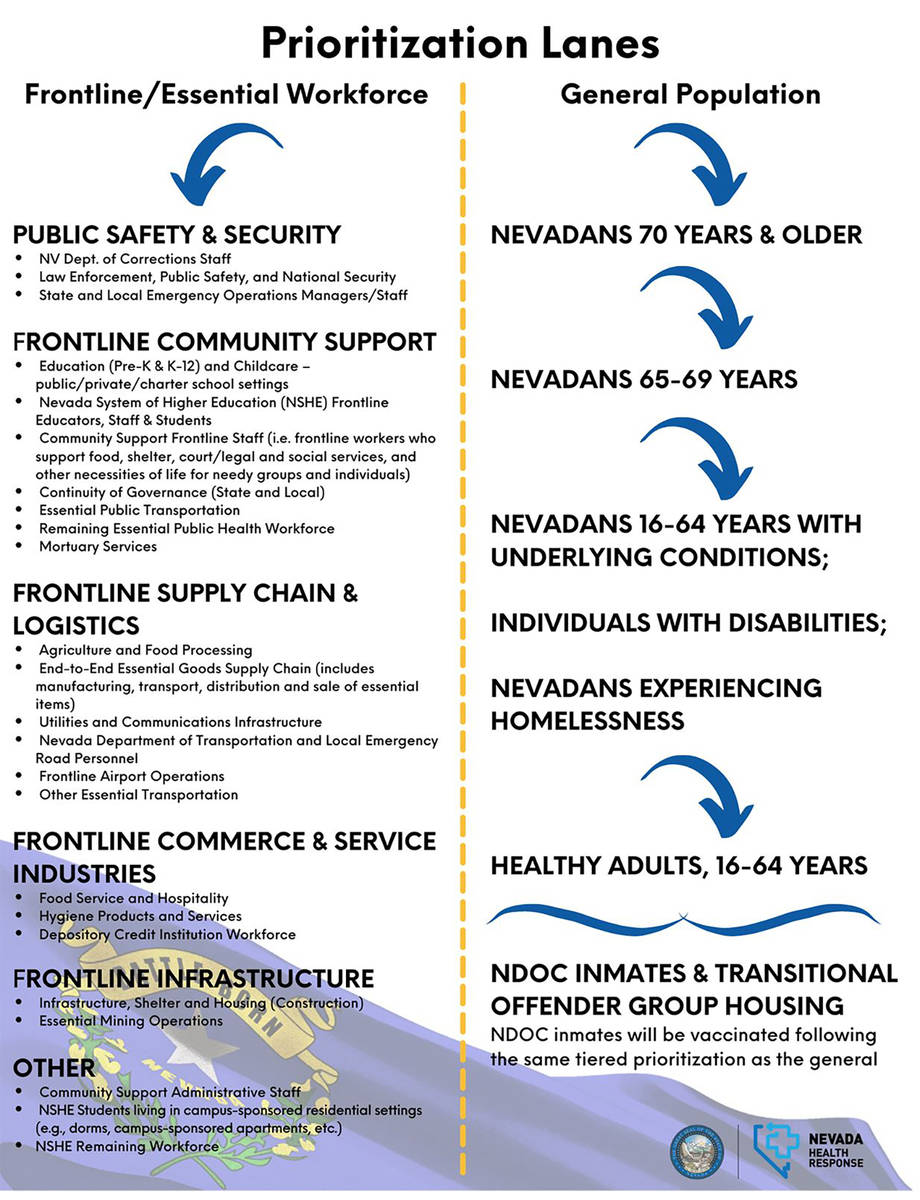 Special to the Pahrump Valley Times Prioritization Lanes have replaced the tiered system the state was originally using to determine how COVID-19 vaccination would occur in the Silver State. 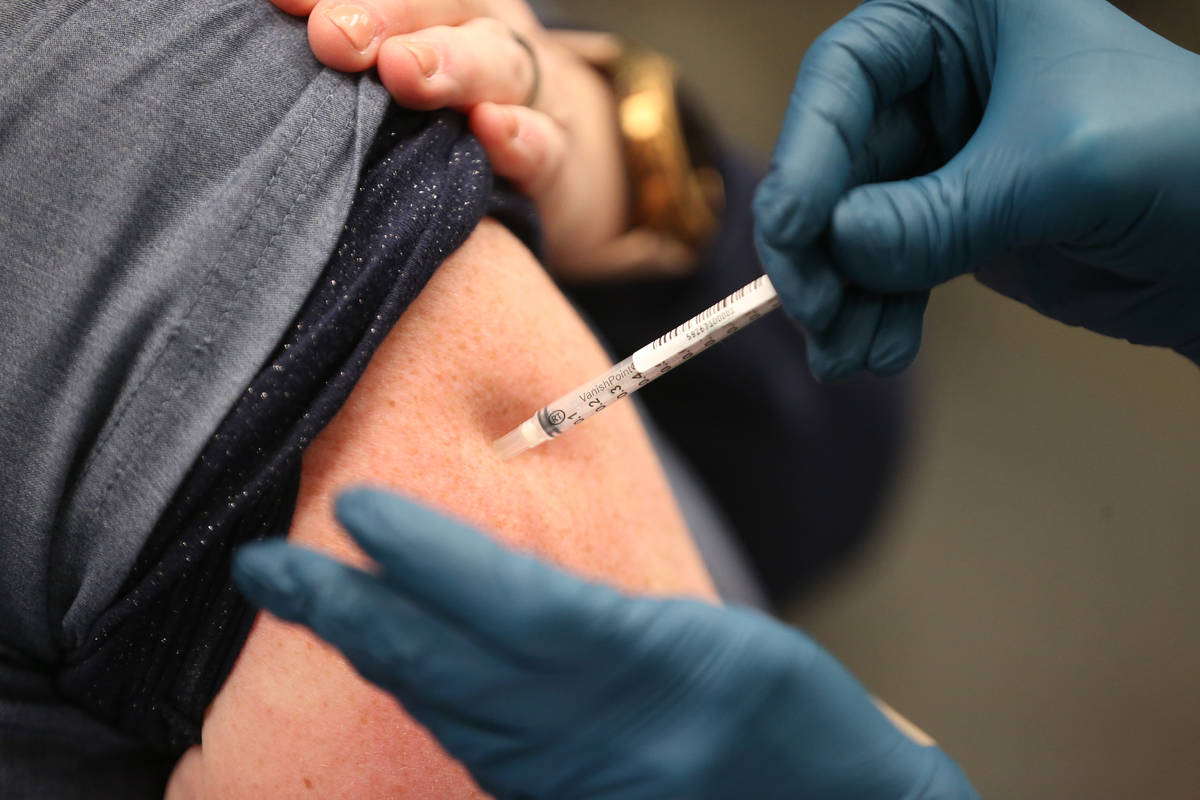 It was a statement made by Nye County Emergency Management Director Scott Lewis during his COVID-19 update to the Nye County Commission on Jan. 20, and it’s one that certainly rings true for thousands of local residents as the county moves forward with its vaccine distribution effort.

The vaccine rollout was originally structured using a tiered system, with those in tier 1 to be vaccinated first, followed by those in tiers 2 and 3. However, the tiered system has essentially been done away with now that the majority of the first responders and health care workers have been vaccinated.

As a result, the state has introduced vaccination “lanes” which replace the tiered system. These “lanes” include one for the front line/essential workforce and another for the general population and both are to be addressed concurrently, according to the state’s vaccination playbook. Each of the lanes contains various groups that fall under that lane, listed in order of priority for receiving the vaccine.

When asked what the county’s focus was as of the moment, Lewis told the Pahrump Valley Times the county is concentrating on front line and essential workers, such as those in public safety, education, food service and hospitality. At the same time, the county has started administering doses of the vaccine to the group with the highest priority in the “general population lane”, those 70 years and older.

Lewis told commissioners that thus far, the vaccine rollout in Nye County has gone well but the key factor in the success of that undertaking is, of course, the number of doses made available to the county, a number that Lewis said he would like to see moving upward.

Order requests for the vaccine must be placed on Tuesdays each week and Lewis emphasized that regardless of the number requested by the county, he never knows exactly how many doses will be allocated. Additionally, he doesn’t know precisely when the vaccines will be received. These two facts force Lewis and his department into a situation that requires a very rapid response once the vaccines are actually delivered.

With this in mind, the county has started a list of residents who would like to receive a vaccine. Not only does this allow the county to quickly notify those interested in receiving a vaccine when it is time for them to get their shot, it also lends credence to the county’s vaccine allocation requests. The more people who have indicated their desire to receive a vaccine, the more weight there is behind the weekly request for a vaccine allotment.

“We have to demonstrate who actually wants it, I can’t just go and request 10,000 (doses) when we have nothing to support how many people will actually want and will get that,” Lewis said, later adding, “The higher number drives our ability to request, as I mentioned, but it also allows us to get additional assistance through additional vaccinators through Battle Born Nevada and Immunize Nevada. It ramps up, proportionate to the demand.”

During the Jan. 20 meeting, Nye County Commissioner Frank Carbone inquired how those without access to a computer would be able to register their interest in the vaccine. Knightly said that the county was in the process of establishing a vaccine interest phone line as well. That phone number is to be distributed utilizing whatever means the county can find, including via social media, television and the press.

To fill out the vaccine interest form online visit www.nyecounty.net and click on the “COVID-19 Info” link at the bottom of the page, followed by the “COVID-19 Vaccine Information and Resources” link.

Knightly noted that it is very important that residents only fill out an interest form through one of these resources, not both.