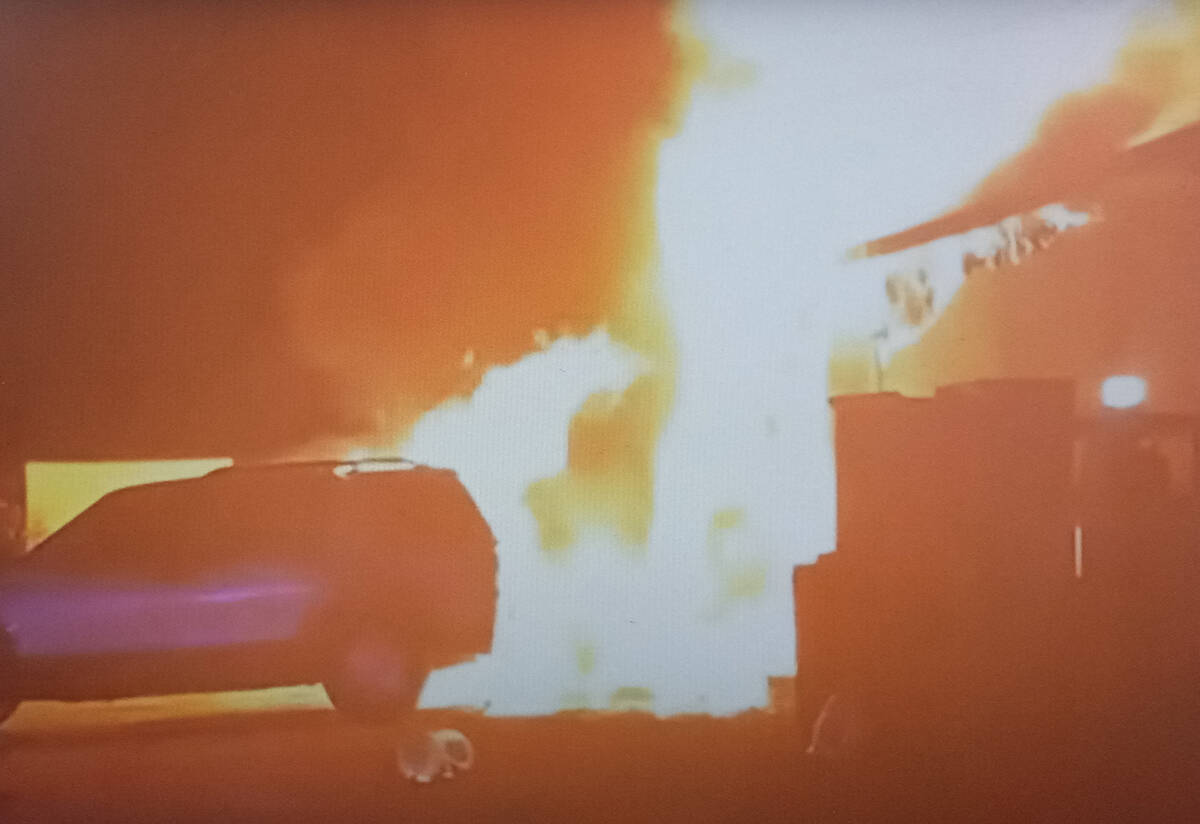 Special to the Pahrump Valley Times One person was killed while several others, including Nye County Sheriff's Office deputies sustained serious injuries as a result of a structure fire along Mary Lou Street on Saturday evening Nov. 13. Pahrump Valley Fire and Rescue Services along with the Nevada Deputy State Fire Marshal are investigating the exact cause of the fire.

One person is dead and several others sustained significant injuries following a structure fire on Mary Lou Street just before 10 p.m. on Saturday, Nov. 13.

“As crews arrived at the location there was a large orange glow in the sky so we knew we would be going to work,” he said. “As we pulled up to the scene, we found a very dynamic incident. We had heavy fire conditions showing from the structure, we had venting propane and we had several family members and several sheriff’s office deputies who were attempting a rescue through what we call the Division- A window. There was thick black smoke pouring from that window at the same time, along with dogs loose on the property, so there were a lot of issues to deal with in the very early stages.”

Lewis went on to say that first responders were able to get most of the people off of the fire grounds as crews commenced what’s known as a defensive exterior attack, which requires placing massive amounts of water through fire hose lines on the exterior of the structure.

“We were also simultaneously fostering a rescue assignment where firefighters entered through the same window that I described,” he noted. “They located a person near a doorway on the inside of a room. Crews quickly controlled that window by taking out the entire frame where they removed that patient and transported them Level One to Desert View Hospital, but unfortunately, that patient did not survive the injuries sustained in the fire.”

Additionally, Lewis said medics medically assessed numerous other patients, including two sheriff’s deputies, where one was transported to the hospital.

“We did transport a second patient via Mercy Air and we intubated that patient,” he said. “They were in critical but stable condition according to the last report we had. The third person that was transported was treated and released at Desert View Hospital. We’re looking at a probable area of origin that was outside of the area where we found the patient. The deputy state fire marshal and Pahrump Valley Fire Rescue are investigating, and we had some assistance at the scene with the sheriff’s office. Right now we’re looking at a probable accidental ignition source but we’re continuing the investigation.”