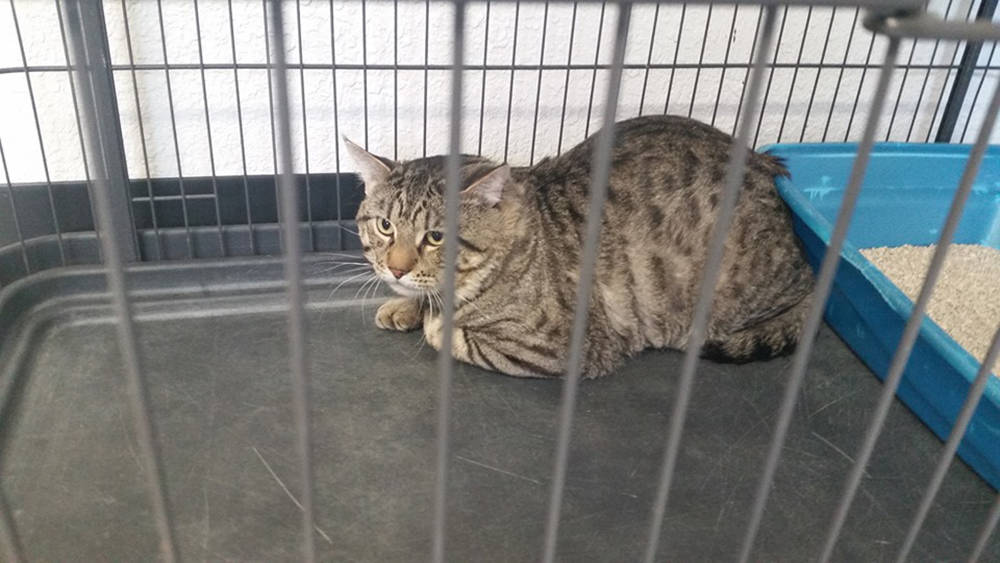 Special to the Pahrump Valley Times This male cat is one of three felines brought in as owner-surrenders due to the death of their owner. Desert Haven would like to see all three go to a home together but that is not required, as each simply need loving homes. 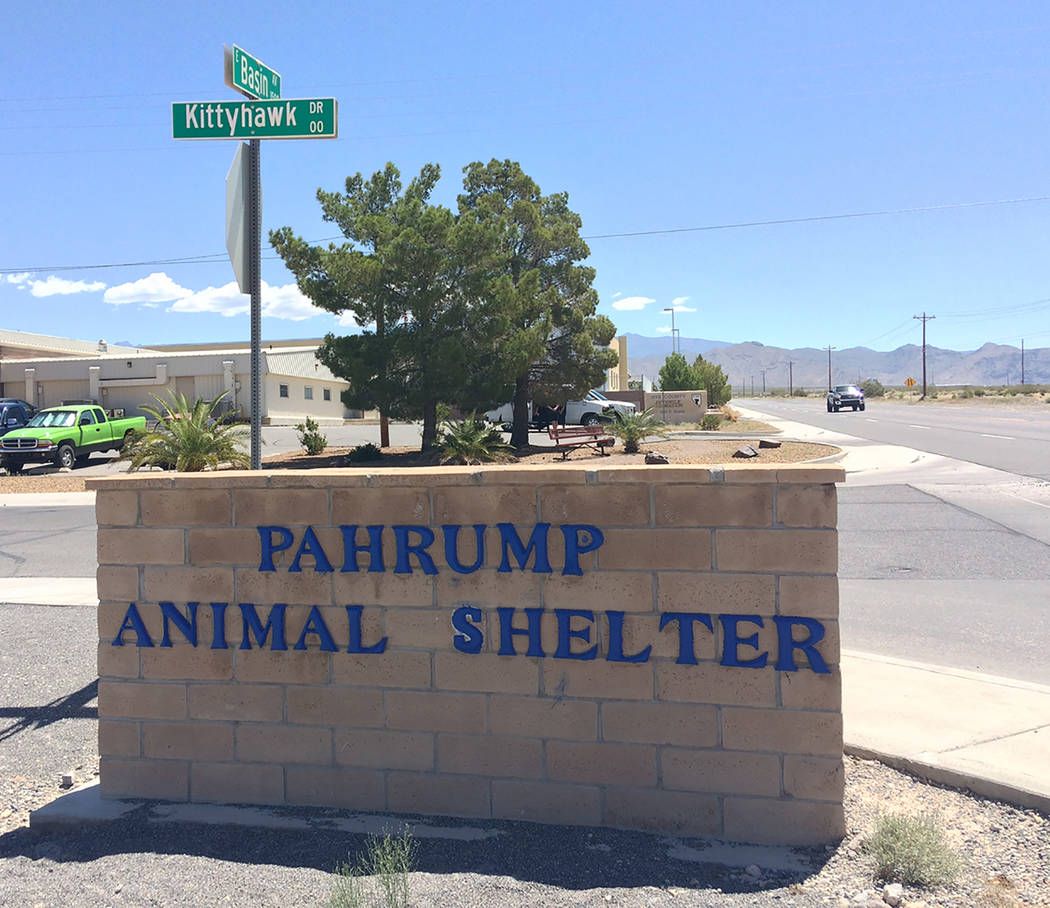 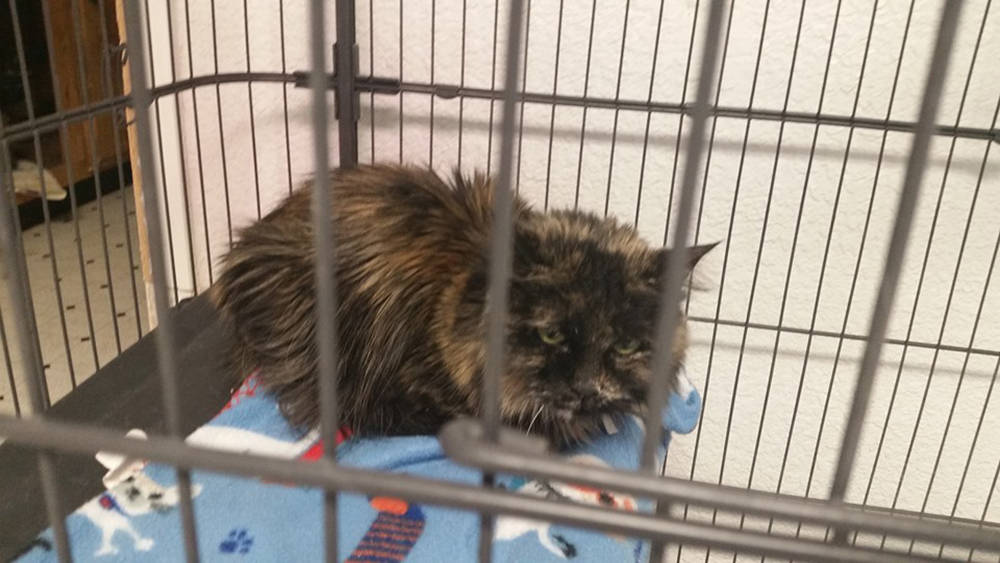 Special to the Pahrump Valley Times The female feline, also a part of the trio recently surrendered to Desert Haven, also needs her forever home. 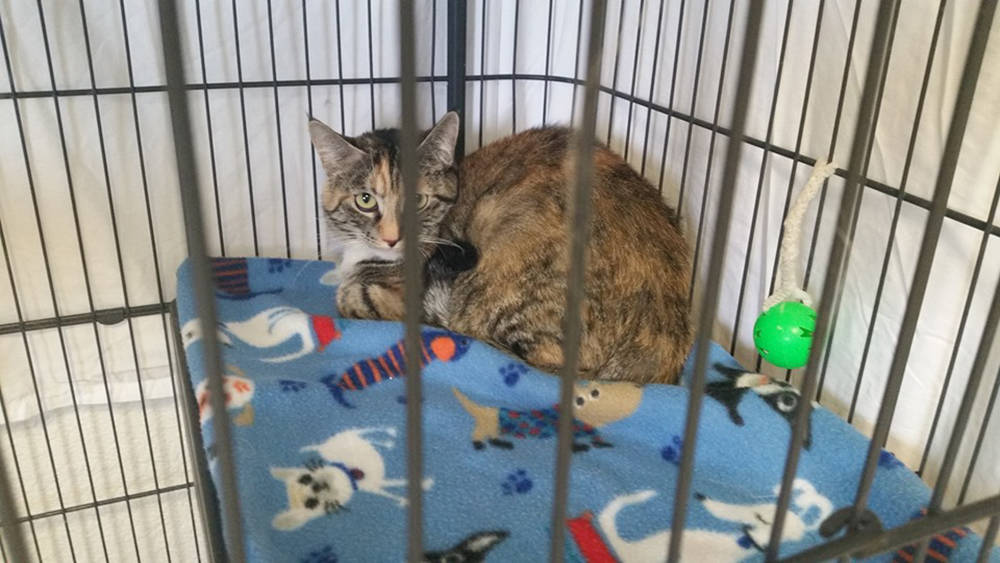 Special to the Pahrump Valley Times One of the three owner-surrenders recently brought into Desert Haven, this female cat is available for adoption.

After delaying the decision regarding the operation contract for the Pahrump Animal Shelter due to missteps by the county in the bidding process and the need for clarification on certain bidding points, the Nye County Commission readdressed the item at its June 18 meeting.

Once again a mistake in the process was brought to light and the two bids submitted were nearly thrown out all together, leading to a discussion fraught with tension as commissioners and bidders wrangled over the possibility of awarding the contract.

In the end, the commission was split on the decision, voting 3-2 to select current shelter operator and lowest bidder, Desert Haven Animal Society, for the new contract, which calls for $250,000 in county funds for a year of operations. However, that decision could possibly lead to legal action in the future.

According to Nye County Comptroller Savannah Rucker, the reason county staff was recommending the two bids be rejected that afternoon stemmed from the fact that the site walk-through, which is a required part of the bidding process, was done incorrectly.

All of the attendees who were present at the mandatory pre-bid meeting were supposed to have done the walk-through together, Rucker detailed. This had apparently not happened, prompting the recommendation to send the contract out for bid once more. Rucker also made sure to offer her apologies to the two bidders, Desert Haven and Never Forgotten Animal Society, for the lack of proper execution.

Cox remarked that she did not believe it would be fair to rebid the contract as the bid documents submitted by each party had already been opened and the details were available to all, a position supported by commissioner Debra Strickland.

Cox made the motion to award the contract to Desert Haven, which was seconded by Strickland.

Commissioners Lorinda Wichman and John Koenig, on the other hand, took a hard line against awarding the bid at that time, both reiterating multiple times that the law requires the walk-through include all pre-bid meeting attendees.

The purpose of this, Wichman stated, is to ensure all parties are provided with the same information regarding the site and operation expectations. Awarding the bid without having followed the proper process, she and Koenig agreed, would be inviting a lawsuit.

“We swore an oath to uphold the laws of the state and only stupidity would send you down a course where you don’t listen to your own legal counsel. So I can’t support going forward,” Wichman asserted.

Strickland remarked that she believed whichever course the commission took, a lawsuit could follow and she stuck with her stance, as did Cox.

With Cox and Strickland expressing their desire to award the contract that afternoon and Koenig and Wichman united in their wish to rebid, Nye County Commissioner Leo Blundo, who was silent for much of the lengthy discussion, proved to be the swing vote.

As the item drew to a close, Blundo asserted that he felt it had gotten way out of control. He also lamented the fact that the bids had been opened before the county had made certain that the proper process had been adhered to. Rucker explained that the mistake had not been caught in time to allow the county to advertise that it was going to reject the bids and therefore, the bids were required to be opened as originally advertised.

When the motion to award the contract to Desert Haven came to a vote, it passed 3-2 with Cox, Strickland and Blundo in favor and Koenig and Wichman against. Before moving on, Blundo added, “One of the reasons I voted for that… I don’t operate under threats of lawsuit, so sue away.”

To view both bids submitted for the operation contract visit www.nyecounty.net and click on the Meeting Center link. The information is included in the June 18 agenda.