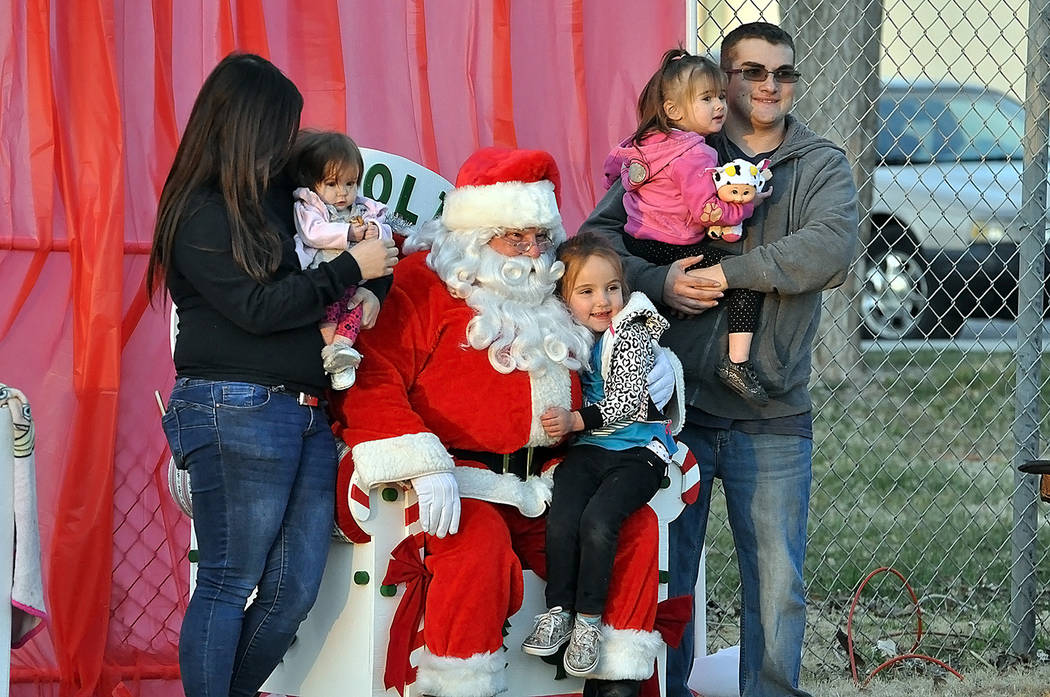 Horace Langford Jr./Pahrump Valley Times Santa Claus was in town on Friday, Dec. 13 to celebrate the season with the community at the Nightmare Before Christmas Party in the Park, thanks to the Pahrump Elks Lodge. 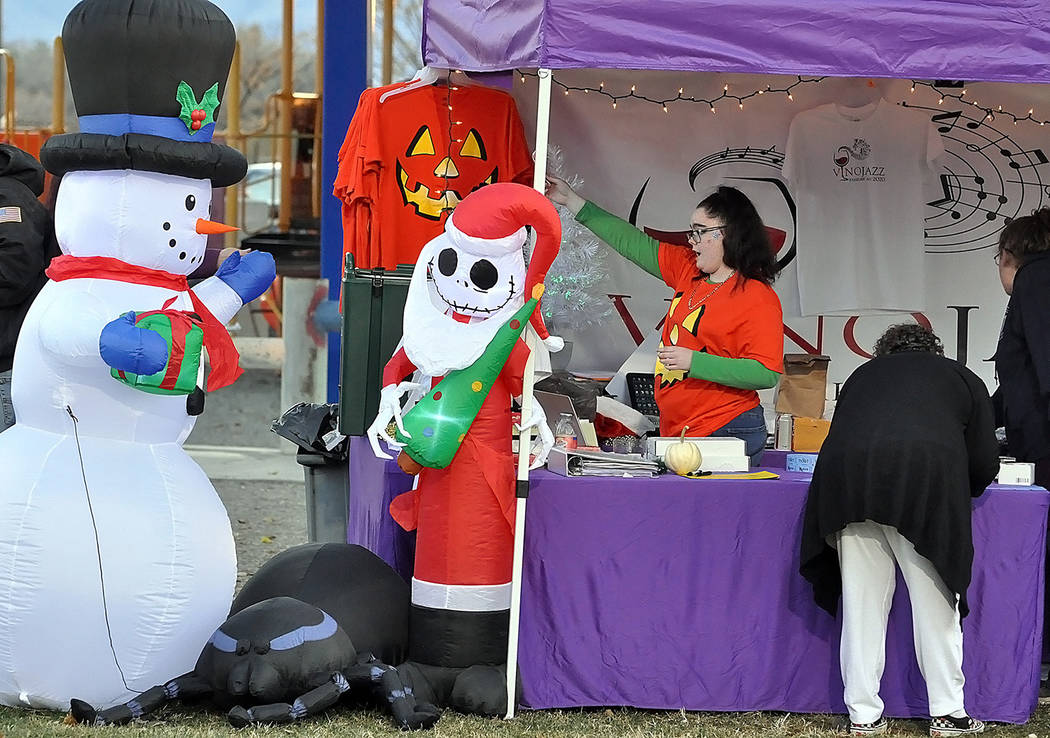 Horace Langford Jr./Pahrump Valley Times There were plenty of vendors out at the Christmas Party in the Park, held Dec. 13 at Petrack Park. 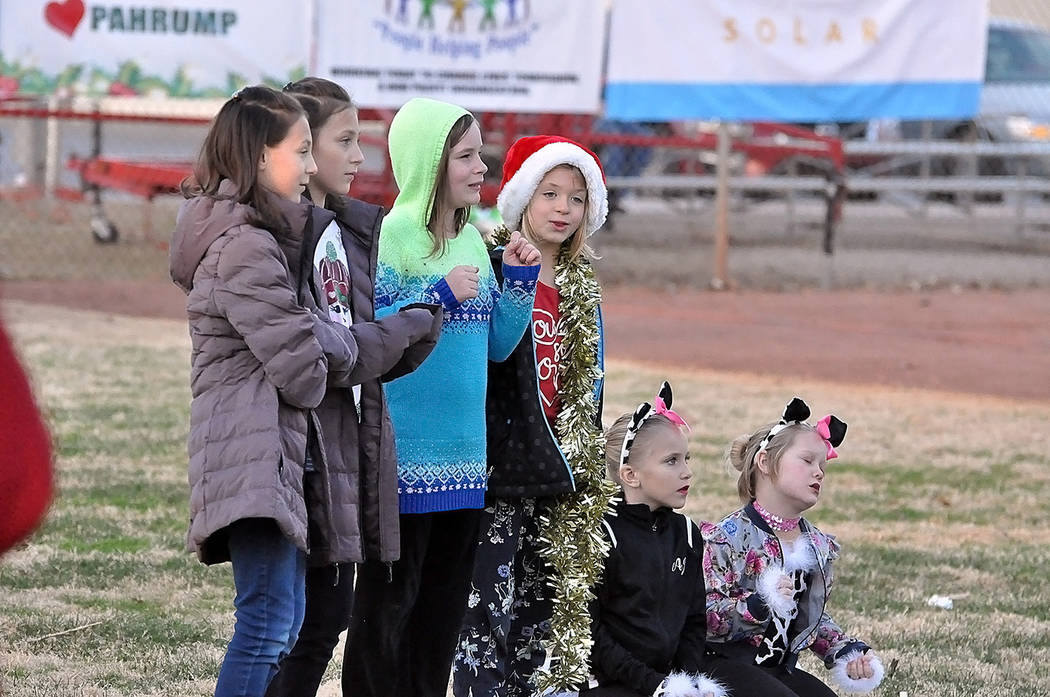 Horace Langford Jr./Pahrump Valley Times A group of youngsters is pictured enjoying their afternoon at the Christmas Party in the Park, hosted by the Vinojazz Foundation. 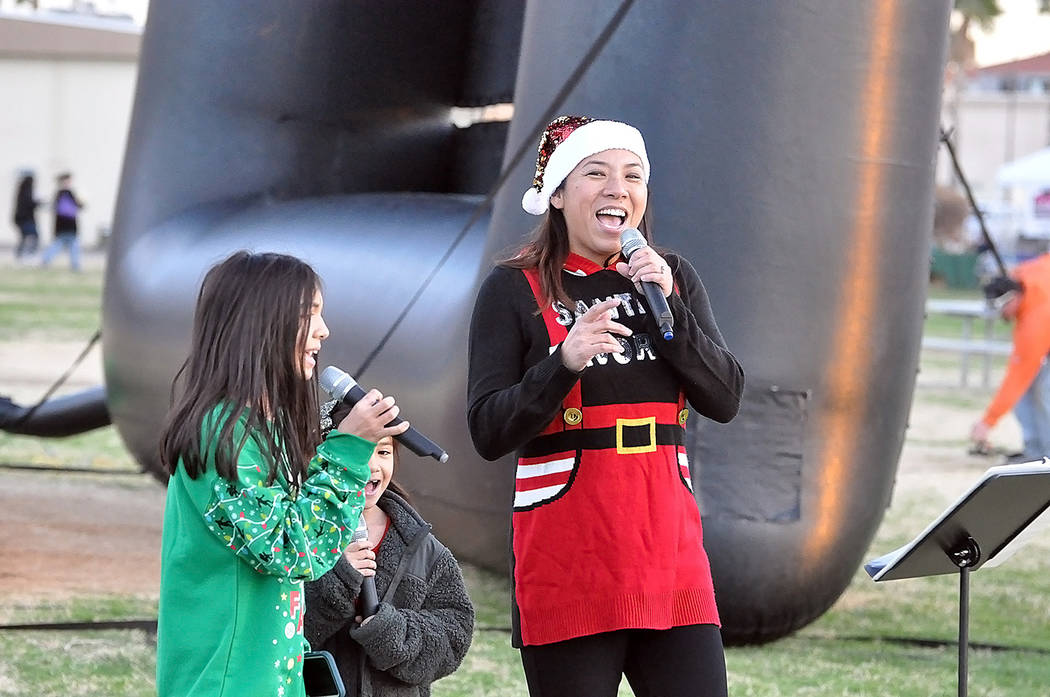 Horace Langford Jr./Pahrump Valley Times Kozue Maye of Downbeat Music Lab performed for the crowd at the Christmas Party in the Park. 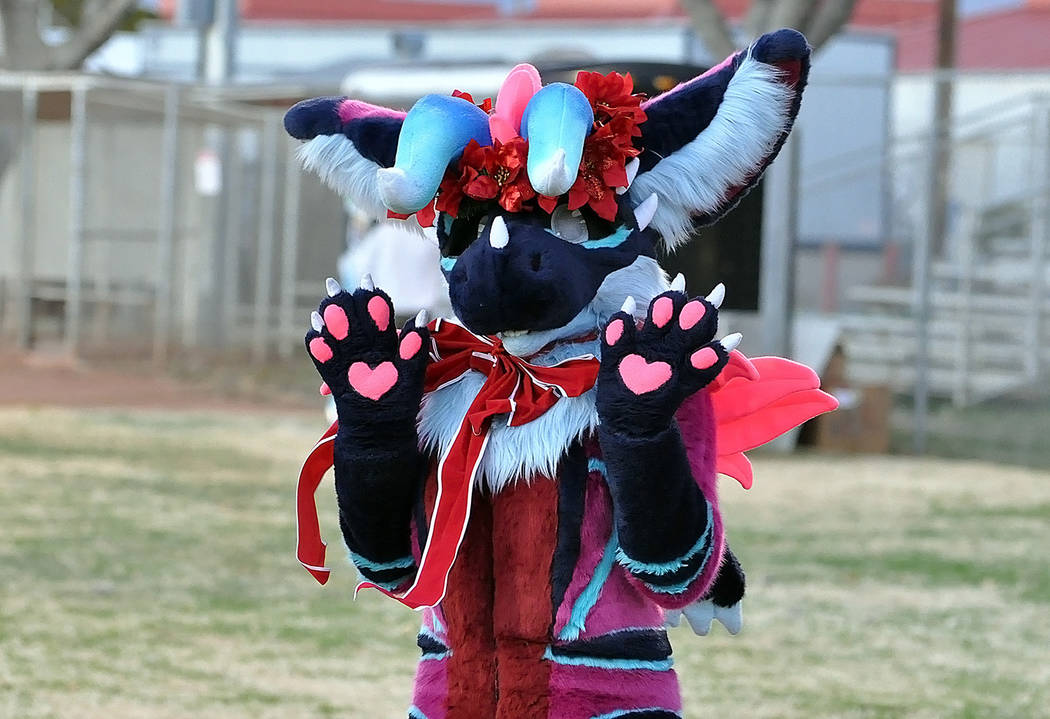 Horace Langford Jr./Pahrump Valley Times Creative dragons roamed Petrack Park during the Christmas Party in the Park, delighting the young children who were in attendance. 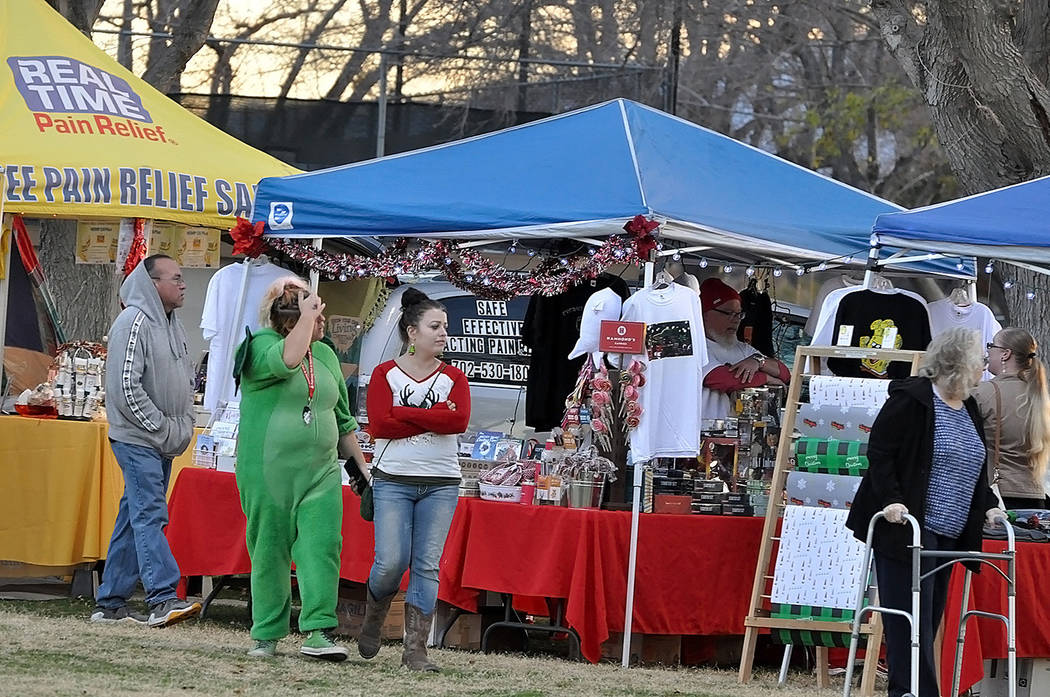 Horace Langford Jr./Pahrump Valley Times All sorts of businesses and organizations came out for the Christmas Party in the Park.

Christmas in the Pahrump Valley was a magical time this year, with so much for residents to see and do, including a brand new large-scale community event, the inaugural Christmas Party in the Park.

Hosted with the theme of “Nightmare Before Christmas,” the Christmas Party in the Park took place on Friday the 13th at Petrack Park and event organizer reported that the community embraced the first-time event with such enthusiasm that plans are already in the works for an even bigger and better party next year.

The inaugural Christmas Party in the Park, presented by the VinoJazz Foundation, “has been called a huge success by attendees and vendors,” Vinojazz co-founder and event organizer Brigitte Dubin said with obvious zeal following the event. “The weather was perfect! Blue sky, and calm weather throughout the day. Even at wrap-up, the temperature did not drop below 50 degrees.”

Dubin explained that at the heart of the Christmas Party in the Park and its creation was a desire to bring the community out to celebrate the holidays together and she felt that goal was absolutely accomplished.

Santa Claus provided a special opening for the event, arriving on a Pahrump Valley Fire and Rescue truck to spend the afternoon and evening meeting and greeting area youngsters. Santa also took pictures with children from noon until 7 p.m. courtesy of Pahrump Elks Lodge #2796 and parents were able to take home keepsakes to forever remember the moment.

“Over 70 vendors came out to allow last-minute shopping and fair food snacking, with several just passing out holiday giveaways,” Dubin detailed, with the local Boy Scouts and the Pahrump Valley High School Band provided complimentary gift wrapping for those who could use a little help getting those presents ready for Christmas Day. “Attendees brought their creativity too, wearing homemade ‘Nightmare Before Christmas’ attire. Two creative dragons entertained the crowd throughout the day.”

There was also free hot chocolate handed out by Peace, Love and Good Vibes, along with a variety of entertainment to captivate the crowd. Performing Christmas carols were the ladies of the Ms. Senior Golden Years Choir and Twilight Productions helping bring some entertainment as well. Downbeat Music Lab and its Bell Choir provided a unique harmony with their bell ringing and Shelly Fisher brought Mrs. Claus to life. “The karaoke singers were extremely talented!” a very pleased Dubin stated.

Capping off the exciting day was a special showing of a holiday favorite, the “Nightmare Before Christmas,” aired on an enormous 30-foot screen.

“A big thank you to everyone that came out to enjoy the day,” Dubin concluded. “We put lots of smiles on the faces of children and adults alike.”

The event turned out so well and was so much fun that already Dubin and her family have set the date for the next Christmas Party in the Park, encouraging people to mark their calendars for Saturday and Sunday, Dec. 12 and 13, 2020.