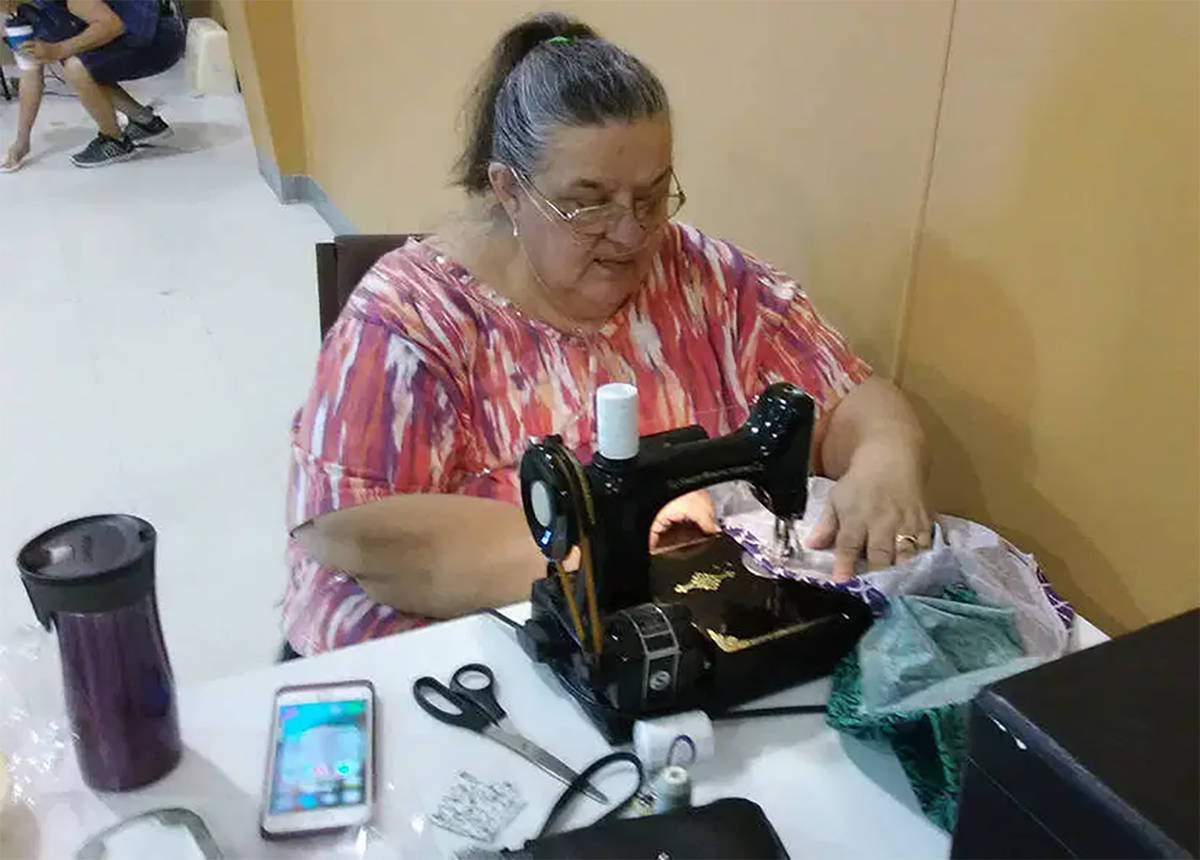 For those who never had the opportunity to know local longtime resident Barb Johnston, they missed a chance to meet a very fine, talented and generous woman.

Johnston died in January after suffering from serious health issues related to the COVID-19 outbreak.

She’s known mainly for her dedication and efforts to assist a variety of community organizations, as well as the Nye County School District, where her needlecraft created countless clothing accessories for individuals and families who needed them.

For many years, Johnston and a host of volunteers would regularly gather at the Bob Ruud Community Center or the activities room at the NyE Communities Coalition to create the wintertime accessories, by hand and sewing machine.

Baer actually founded the agency and served as its executive director for many years. “I have known Barb for probably 10 years, and when CASA got started, Barb got in touch with me and said that she was making pillowcases for kids in foster care and asked me if we would like some, and we said of course,” she recalled. “Every year that I was with CASA, before I left two years ago, Barb would give us at least 100 pillowcases every year, which we would distribute to the kids in foster care.”

Reacting to a pandemic

Baer also spoke about Johnston’s response to COVID-19, as it related to her keen needlework.

“It was kind of ironic, because as soon as COVID-19 started, she put out on Facebook saying that she wanted to make masks for anyone who needed them and wanted them, because when it all started the stores were not selling masks anywhere,” Baer said. “I told her I would like some masks and she called me and let me know when to pick them up.”

Additionally, Baer noted that Johnston made sure to practice social distancing when Baer stopped over to pick up the masks.

“She actually put them in a bag on her front porch,” Baer recalled. “She looked through the window and said that she was staying inside because she wanted to stay safe. I just thanked her and told her to stay safe, but she eventually passed away from COVID-19. I believe the last time we communicated was when I picked up the masks. She had a beautiful heart, and she will truly be missed in this community.”

Devotion to the community

Linda Fitzgibbons also remarked on Johnston’s dedication to the local community. Fitzgibbons, who is the grant site representative for the Pre-Kindergarten and Homeless Students in Transition Program, for the Nye County School District, said she’s known Johnston for more than six years.

“Barb contacted our students in transition/homeless program offering to gather together members of the community for a sew-in,” Fitzgibbons noted. “She organized over 15 people who came together on a Saturday to sew pillowcases for the students in our program, and at that time, we had over 370 students.”

Fitzgibbons also said that the pillowcases were not exclusively used to hold pillows. “They served double duty to provide a useful bag to put hygiene items into and when opened up, it was also a beautiful pillowcase for the children to use,” she said. “Barb continued this tradition for several years, gathering fabric donations, and organizing volunteers to help. Over the years, thousands of pillowcases were sewn and we are still using them to this day.”

Johnston, Fitzgibbons noted, also had a particular way of getting others involved in her various community projects.

“She used every resource in town, from banks, service organizations, sewing clubs, the NyE Communities Coalition, and any person that she met on the street,” Fitzgibbons recalled. “She had a way of bringing people together, but I can’t talk about Barb without including her husband, who was always by her side helping her too. She loved to crochet and would organize yarn donations to distribute to other community members to make hats and scarves for the children. Barb was always the driving force to organize the community to make a difference. She was a special woman and our community is a little less bright without her.”