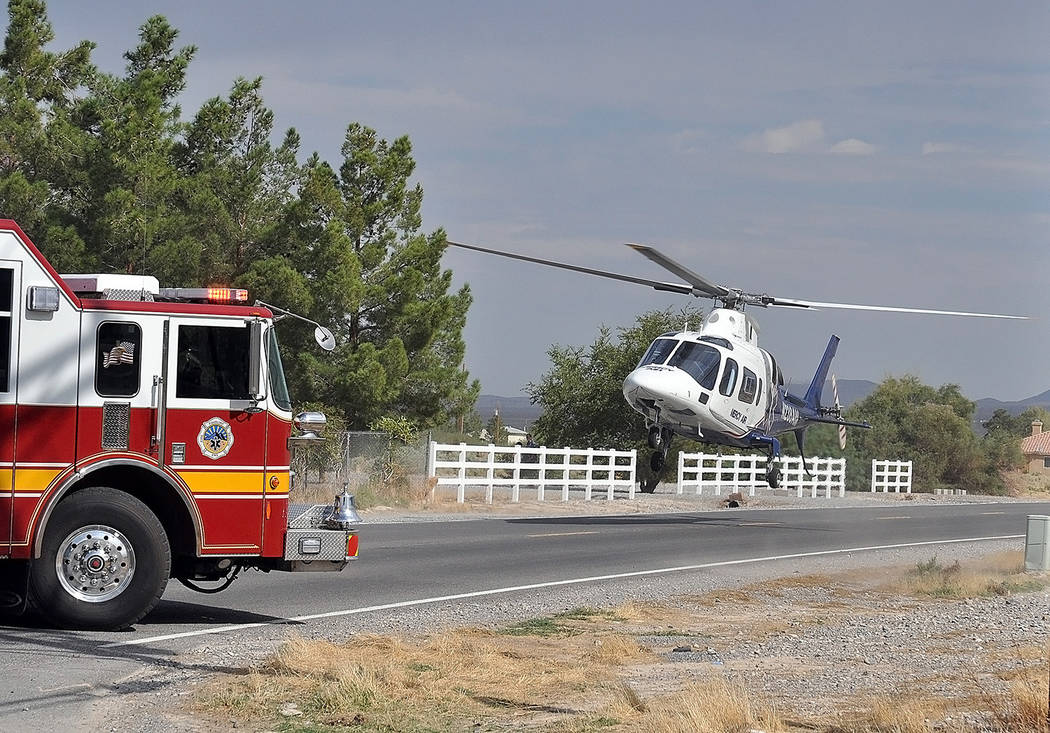 Horace Langford Jr./Pahrump Valley Times Mercy Air 21 as shown in a file photo. The medical helicopter was dispatched Sunday to a report of a possible drowning in Pahrump. 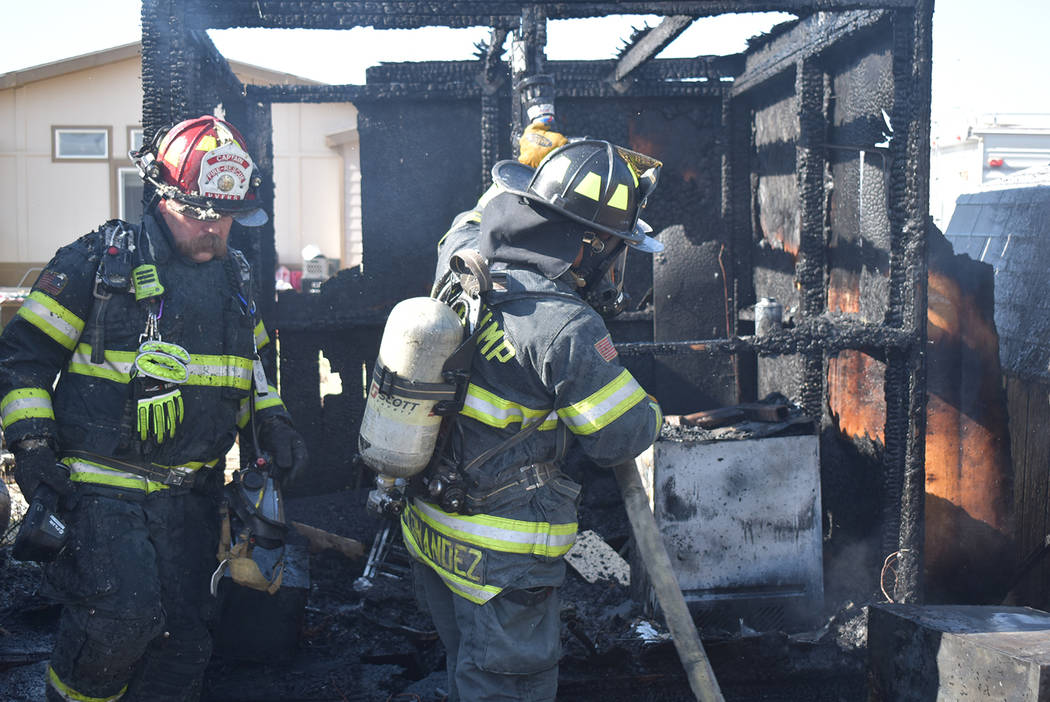 Pahrump Valley Fire and Rescue Services responded to a home for a possible drowning on Sunday afternoon, June 16.

Fire Chief Scott Lewis said crews were dispatched to a residence on the 5500 block of Genoa Avenue at approximately 3:30 p.m.

“Crews arrived to find that the 3-year-old female patient had been removed from the swimming pool,” he said. “The injuries sustained warranted flight. Mercy Air 21 was added to the assignment, with the landing zone established on the north end of the runway at Calvada Meadows Airport. Patient care was transferred to Mercy Air crews, who subsequently flew that patient to UMC Trauma in Las Vegas.”

On Friday, June 14, fire crews were dispatched to the 300 block of South Providence Court for a structure fire, at approximately 8 a.m.

“Crews arrived on location to find heavy fire at the rear of a double-wide manufactured dwelling,” Lewis said. “The investigation and scene size-up revealed that two accessory outbuildings, which were sheds in this case, were well involved with extension into the dwelling.”

After crews quickly knocked down the shed fire, Lewis said, a second team entered the front door of the primary dwelling.

“They pulled the ceilings, accessed the exposed fire in the attic space, and quickly controlled that fire without incident,” Lewis said. “One dog was medically assessed and transported from the scene. The investigation revealed that the cause of the fire was most likely due to an unauthorized controlled burn that occurred just prior. There were no injuries.”

Later in the day, crews were dispatched to the 1100 block of South Whitman Avenue for another structure fire just before 6 p.m.

“Crews arrived to find two campers well-involved with fire,” Lewis noted. “They quickly extinguished both. There were no exposures or injuries and there were no people in the immediate area. It is thought to be related to a possible homeless scenario.”

On Thursday, June 13, fire crews responded to the 1400 block of East Mesquite Avenue for a person trapped beneath a large commercial vehicle, just before 4:30 p.m.

“Crews arrived to find that the person had been extricated by other personnel,” Lewis said. “The vehicle had not fallen on him but pinched his body between two areas on the underside of the truck. The patient was quickly assessed and it was determined that the patient would be transported to the local hospital and was subsequently transported to UMC Trauma.”