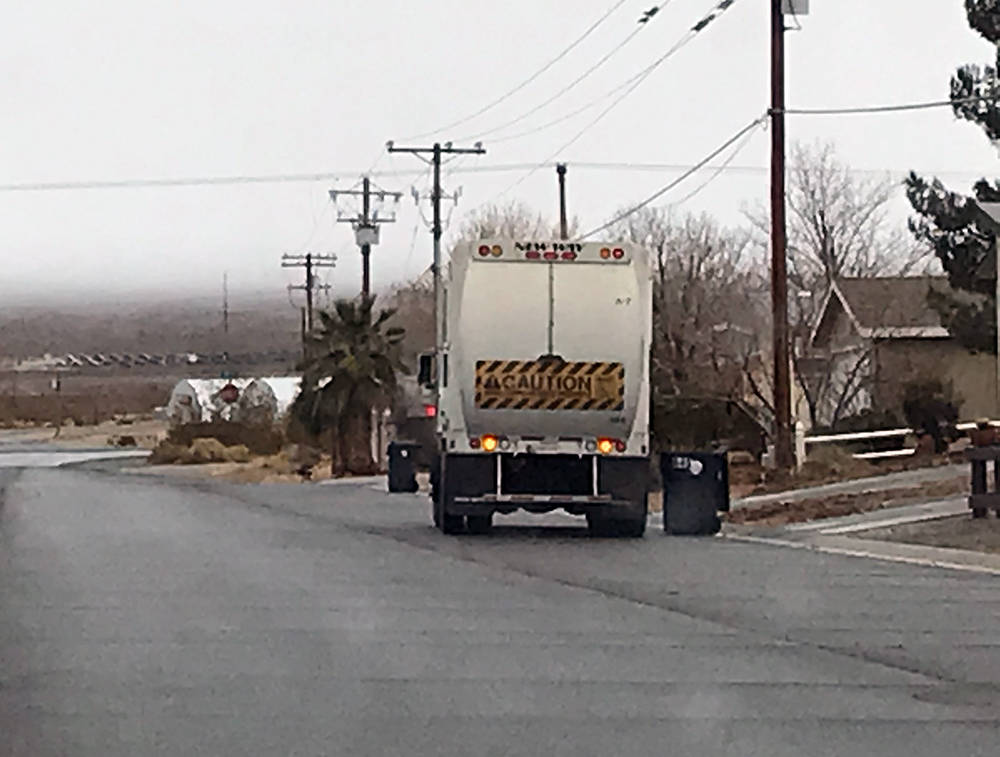 Robin Hebrock/Pahrump Valley Times The garbage collection rate increase approved by the Nye County Commission on Dec. 30, 2020 has been rescinded and will be readdressed at an upcoming meeting of the commission. 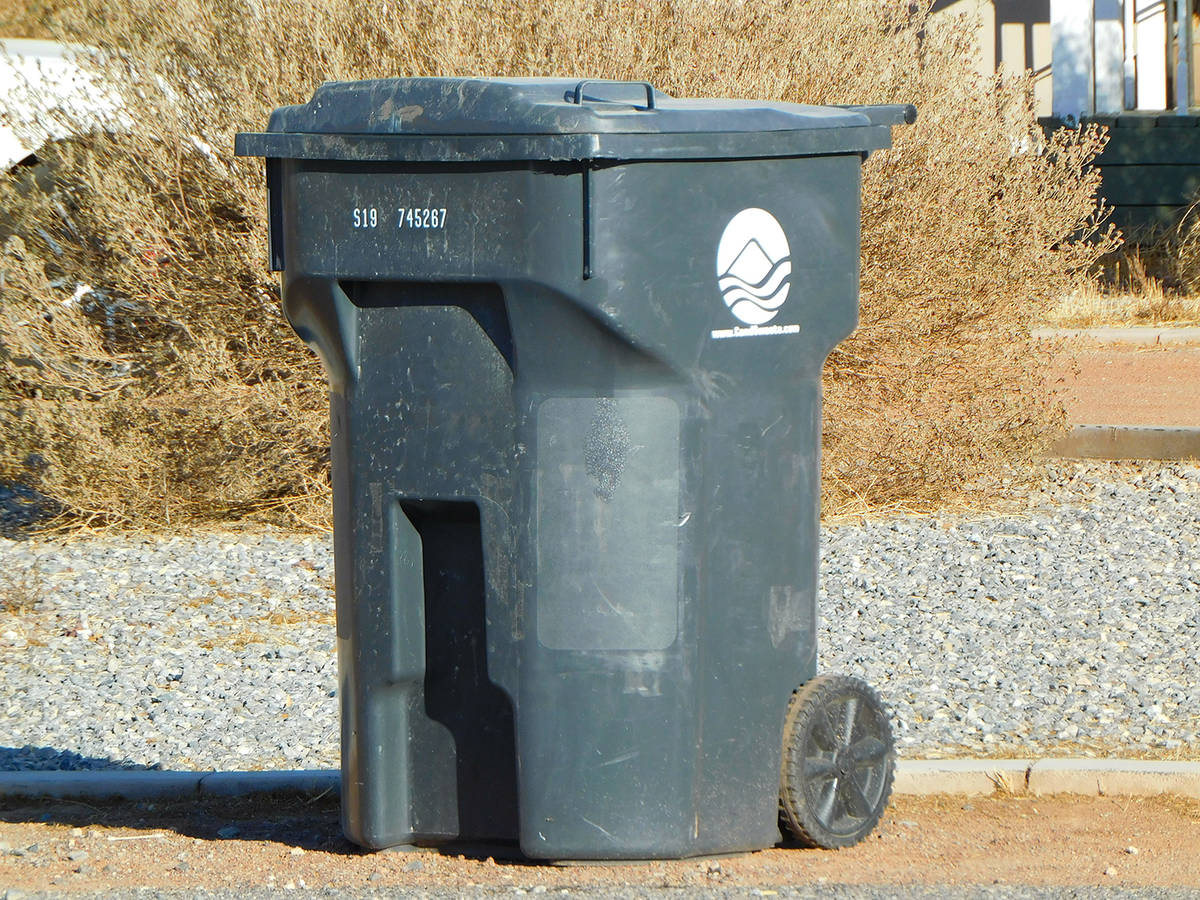 As one of its final acts before the changeover in board members that came with the new year, the Nye County Commission had approved a rate increase request from Pahrump Valley Disposal and garbage collection rates were set to rise just over 19% as a result. That rate increase is now on hold, as commissioners were required to rescind the action taken at the board’s Dec. 30 meeting due to a procedural error.

That doesn’t mean that a garbage collection rate increase is no longer looming, however, as the county is expected to bring the request back before the commission at its second meeting in February, set for Feb. 17.

“This is an action taken, as you recall, back in December. We had the agenda item on Dec. 15 and at that time it was continued due to possible Open Meeting Law issues. There was some additional research that needed to be conducted regarding the manner in which to make a rate increase,” Nelson stated. “It was brought back on Dec. 30 and at that time I had informed the board that the research had not been completed.”

With that research not yet finished, Nelson had recommended the commissioners table the item on Dec. 30, until such time as the DA’s review was concluded. Despite this recommendation, outgoing commissioner John Koenig had made the motion to approve, which passed 4-1.

At the time, commissioner Leo Blundo, who voted in favor of the motion, pointed out that if there was a problem the item could always be brought back for corrective action.

As it turned out, that was in fact necessary, with Nelson telling the board on Jan. 20, “We have completed the research since then (Dec. 30 meeting) and it is the conclusion of the DA’s office that the Pahrump Town Ordinance 43.270 had not been followed in making the 19.19% rate increase. The item before the board now is to rescind that motion and bring it back at a later time, should the board feel inclined to do so.”

Blundo made the motion to rescind, with a second from commissioner Frank Carbone.

Carbone then asked if the motion could include a specific date on which the commission would readdress the item but Nelson said that was not permitted, because the agenda item as written did not include the possibility of such action. However, Blundo noted that it had been made clear through the discussion that afternoon that the commissioners did in fact desire to have the item on the agenda once more.

The motion to rescind passed with all in favor.

Nye County and town of Pahrump Manager Tim Sutton told the Pahrump Valley Times following the Jan. 20 meeting that another agenda item to address the rate increase request would likely be part of the board’s Feb. 17 meeting, set to begin at 10 a.m. at the Nye County Commissioners’ Chambers in Pahrump.

All Nye County Commission meetings can be viewed online through the county’s granicus website at http://nyecounty.granicus.com/ViewPublisher.php?view_id=3

For those who wish to speak at any commission meeting, they can attend in person or via teleconference by calling 888-585-9008 and entering conference room number 255-432-824. Speakers attending through the teleconference system will be required to press *9 in order to notify county staff they wish to speak during a public comment period.

Residents are reminded that there are limitations on the number of attendees permitted at the meetings and all attendees are required to wear masks.