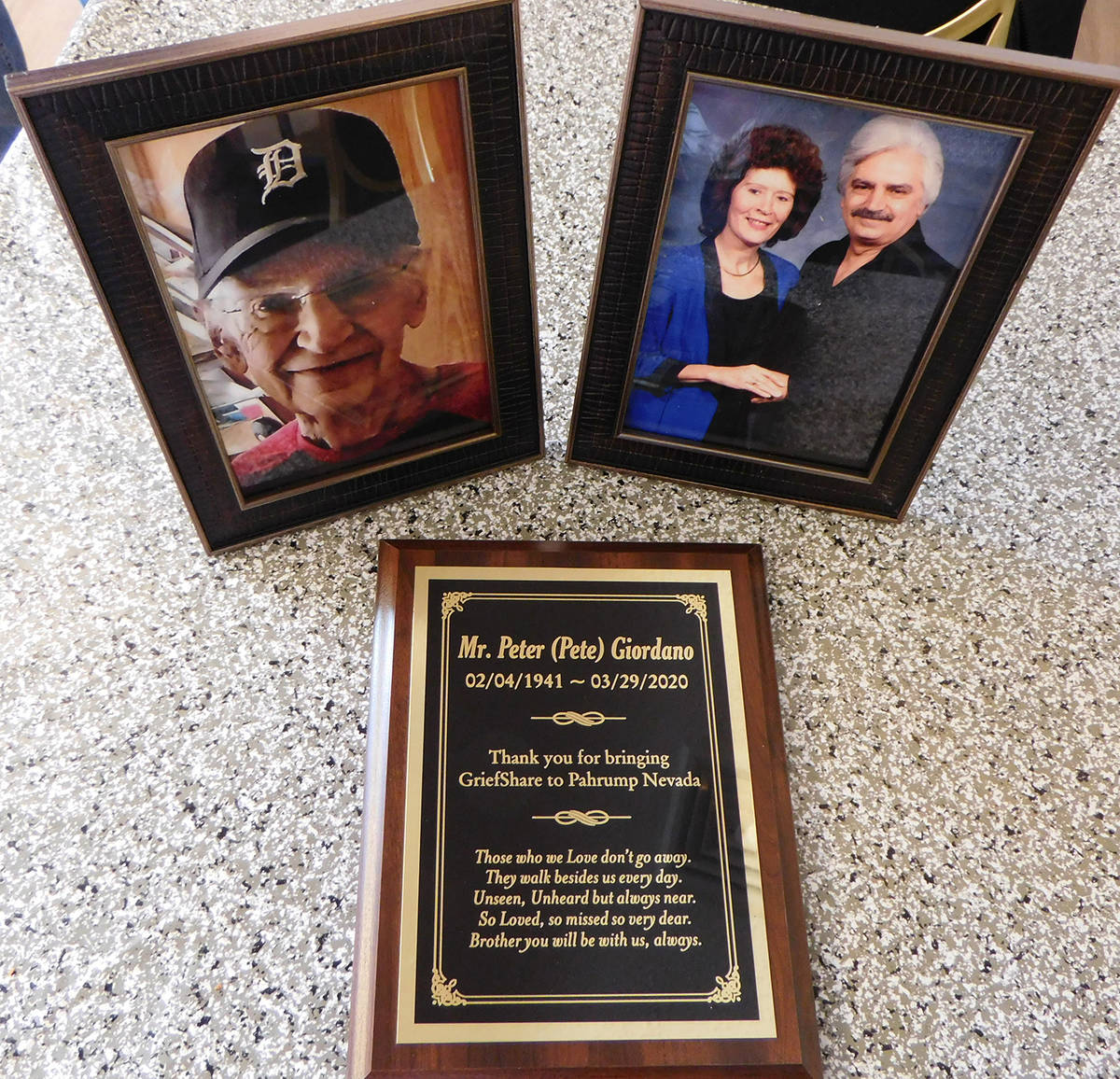 Robin Hebrock/Pahrump Valley Times Two photographs and a special plaque dedicated to the memory of Pete Giordano were presented to the Pahrump GriefShare chapter on March 27. 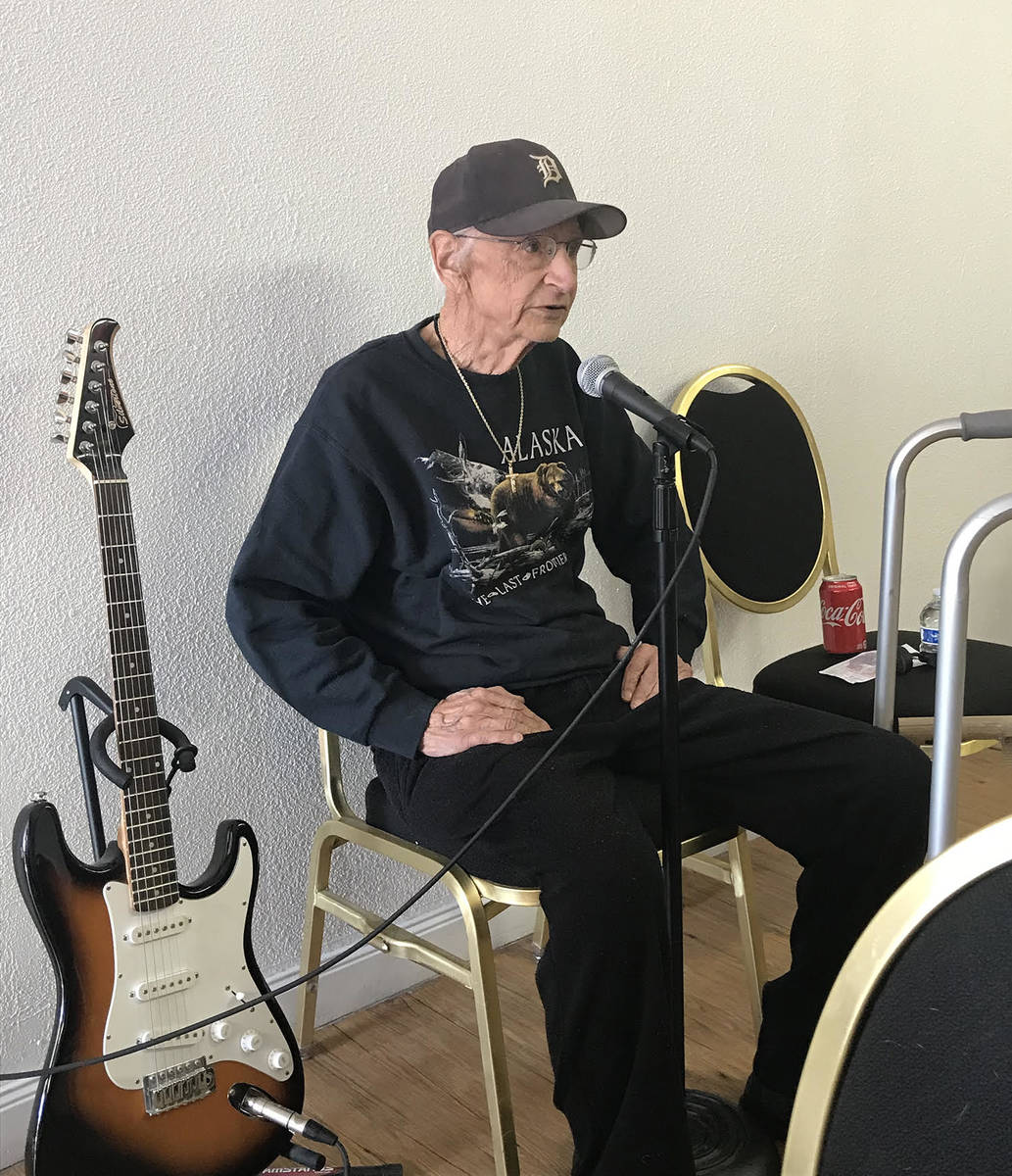 Robin Hebrock/Pahrump Valley Times The memory of Pahrump GriefShare founder Pete Giordano was honored with a special plaque presentation on March 27, just two days before the one-year anniversary of his passing. 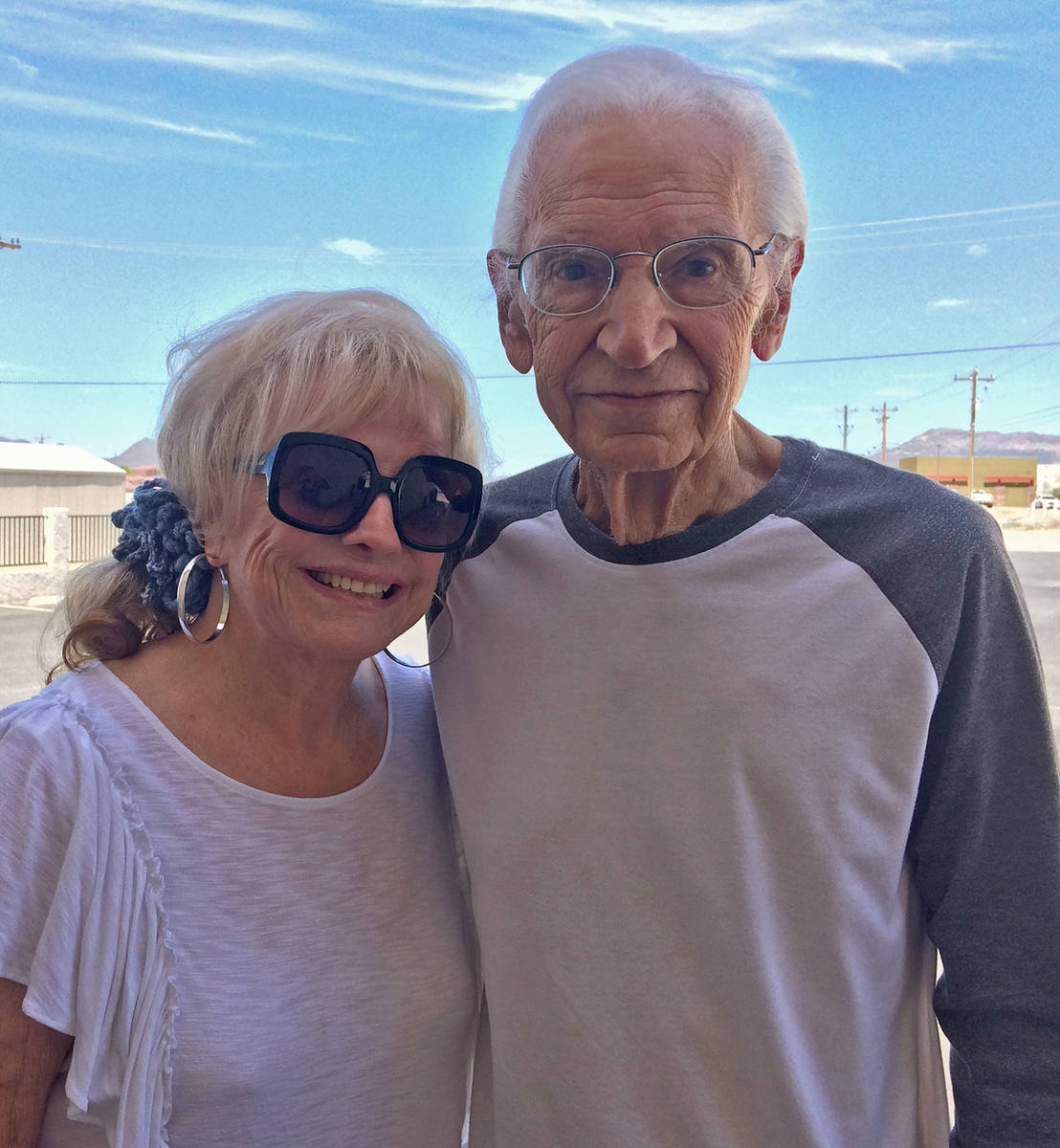 Robin Hebrock/Pahrump Valley Times Joetta Walsh is pictured with Pete Giordano, who brought the Pahrump chapter of GriefShare to the valley in 2015. 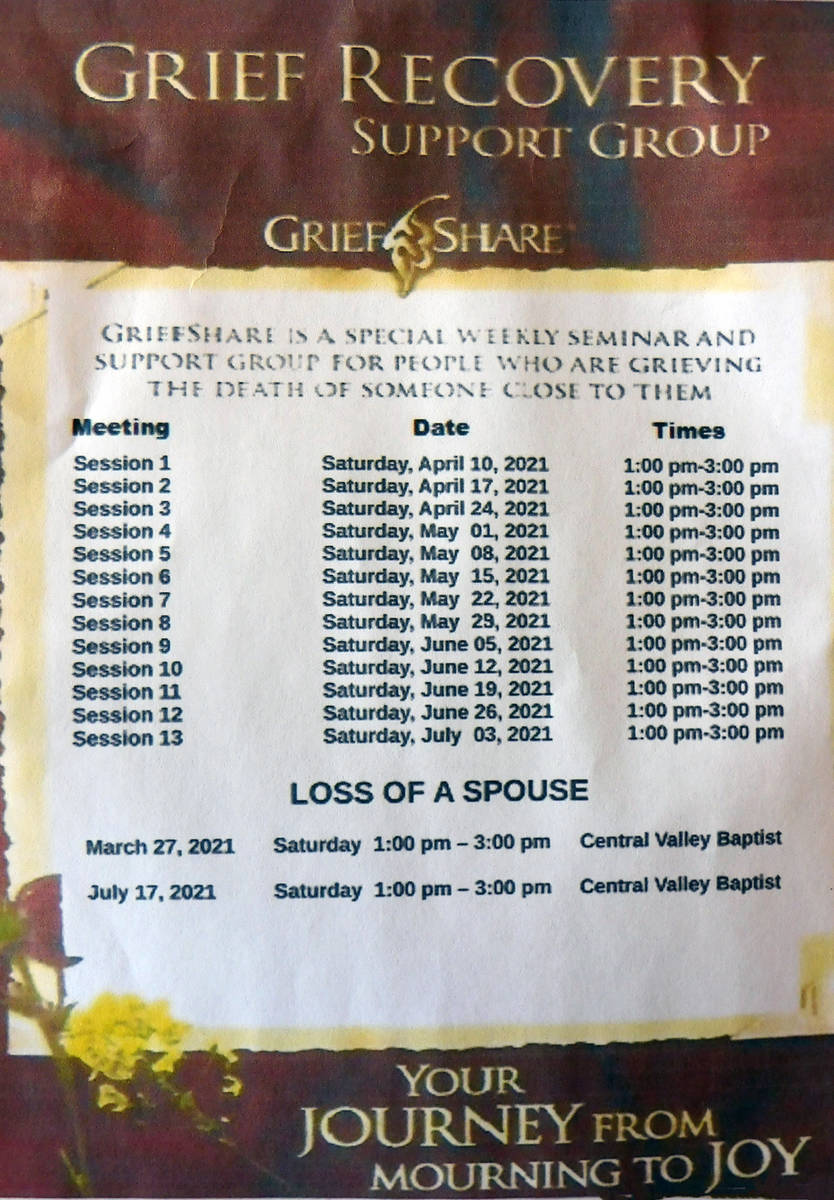 Robin Hebrock/Pahrump Valley Times The next 13-week cycle of GriefShare will begin on April 10 and continue until July 3.

“There are people who come into our lives and touch us very deeply, with a very soft, light hand, and that’s how Pete was.”

This moving sentiment, uttered by area resident Joetta Walsh, seems a fitting tribute to the late founder of the Pahrump chapter of GriefShare, Pete Giordano, who passed away on March 29, 2020 and whose memory continues to blaze bright in the hearts and minds of the people who had the privilege of knowing him. Whether as a friend, a family member, a mentor or simply a supportive shoulder to lean on, Giordano was a much beloved man and those he left behind will never forget his gentle smile, his hopeful words or his warm-hearted nature.

In honor of the one-year anniversary of Giordano’s passing, Pahrump GriefShare facilitator Tony Lambardi, with the assistance of fellow facilitators Marcia Savage and Tonie Garrison, had a special plaque created to commemorate Giordano’s contributions to GriefShare and the entire community, with a formal presentation held on Saturday, March 27.

“We put this together, Tonie, Marcia and myself, because, like Joetta said, Pete did so many things for everyone here,” Lambardi told the group that had assembled for that afternoon’s session. “This was his passion. This is his legacy. He believed so much in this program and everything he believed in materialized, because he was right. This is the best program, bar none, in the world, for people like us who have lost a loved one.”

Lambardi then displayed two photographs of Giordano, one from many years ago of Giordano with his wife Anne and a second of Giordano that had been taken not long before his passing. To accompany these was the special plaque that bears the words, “Mr. Peter ‘Pete’ Giordano, February 4, 1941 to March 29, 2020. Thank you for bringing GriefShare to Pahrump, Nevada. Those we love don’t go away, they walk beside us every day, unseen, unheard, but always there, so loved, so missed, so very dear. Brother, you will be with us always.”

“And let me tell you something,” Lambardi said, a hitch of emotion very prominent in his voice. “He was my friend, he was my brother.”

Jack and Joetta Walsh, both former GriefShare facilitators who helped Giordano launch the program locally, joined the group for the presentation and spoke as well, recalling Giordano’s influence on the lives of those around his and emphasizing the importance of the work he had pursued with such dedication and zeal.

“Jack and I had been very good friends with Pete and Anne for many, many years and when Anne passed away in January of 2015, Pete was devastated, just like everyone here is, when you lose a spouse or a loved one. And he was lost,” Joetta stated.

Also deeply effected by the loss was Giordano’s daughter, Roni Moats, who encouraged her father to go to a GriefShare session with her in Henderson, where they found both solace and hope for the future. His own transformation was such that Giordano was inspired to share the GriefShare program with others struggling through the pain of loss. He then turned to Joetta and Jack to enlist them in his endeavor to bring a chapter to the valley and, immediately recognizing the value of the multi-faceted GriefShare program, they had agreed. Nearly six years later, the Walshes have retired from facilitating and Giordano has gone to join his Anne on the other side, but the GriefShare program is still going strong.

“Pete had such a passion from his pain, to want to have this outreach to Pahrump,” Joetta said, while her husband Jack added, “Believe me, of all the things you can do with the rest of your life and your time, with all the grief you are going through, this is a great place to be, to guide you on your path and enlighten you as you go. It’s well worth the effort. It does take a lot of work but you will be so much better for it in the end.”

“He had a very big impact on Jack and me,” Joetta concluded. “He was just an amazing gift, and Anne was an amazing gift, and GriefShare to this community has just been a God-send, as all of you know. This program can help touch you, and help guide you to move forward and know that there is life beyond the tunnel.”