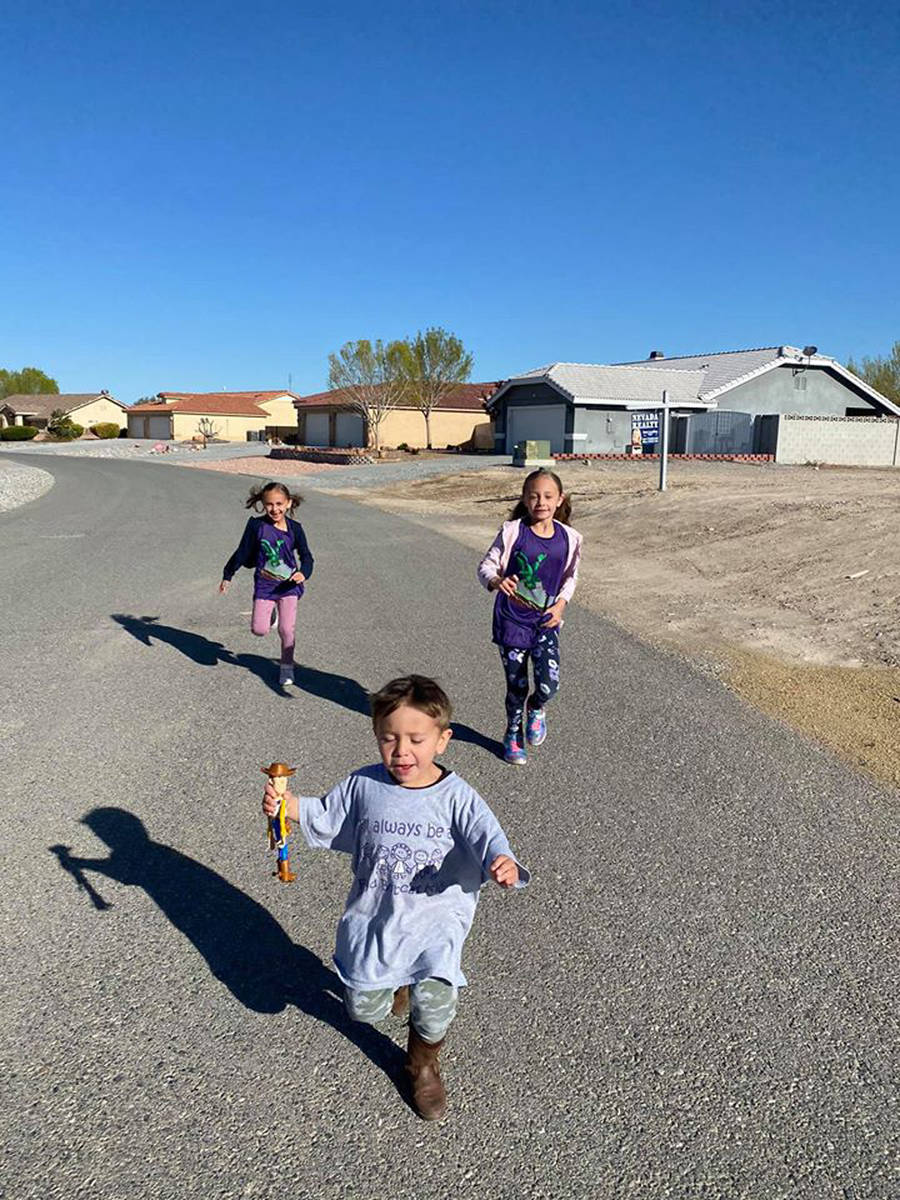 Special to the Pahrump Valley Times Dashing up and down the streets in their neighborhood, Jessica Irelan's three kiddos Emma, Paisley and Joshua were obviously delighted to take part in the 2020 HOPE Run. 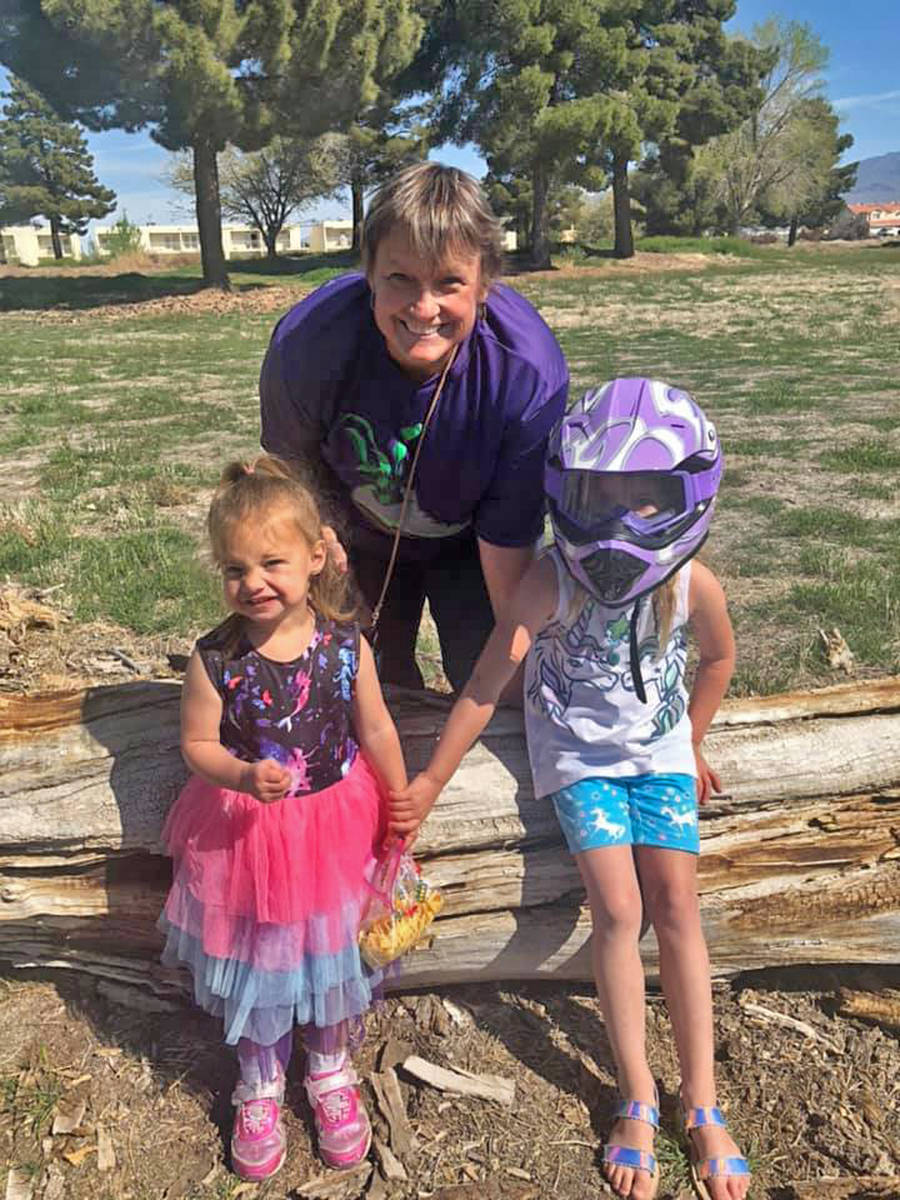 Special to the Pahrump Valley Times Teresa CopherVeloz shared this photo of herself and two youngsters participating in the 12th Annual HOPE Run/Walk. 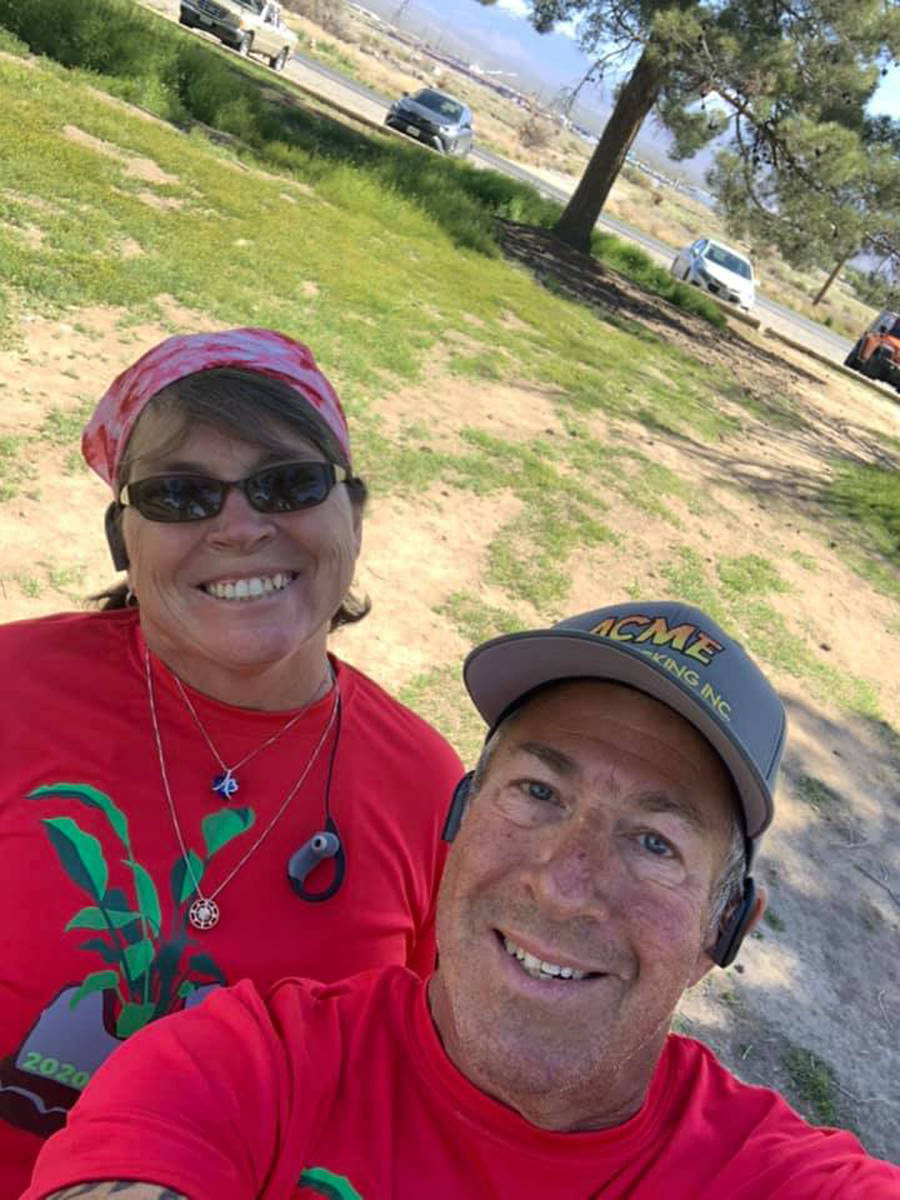 Special to the Pahrump Valley Times David Hecht posted this photo of himself and his wife Jeanne to the HOPE Run Facebook page. 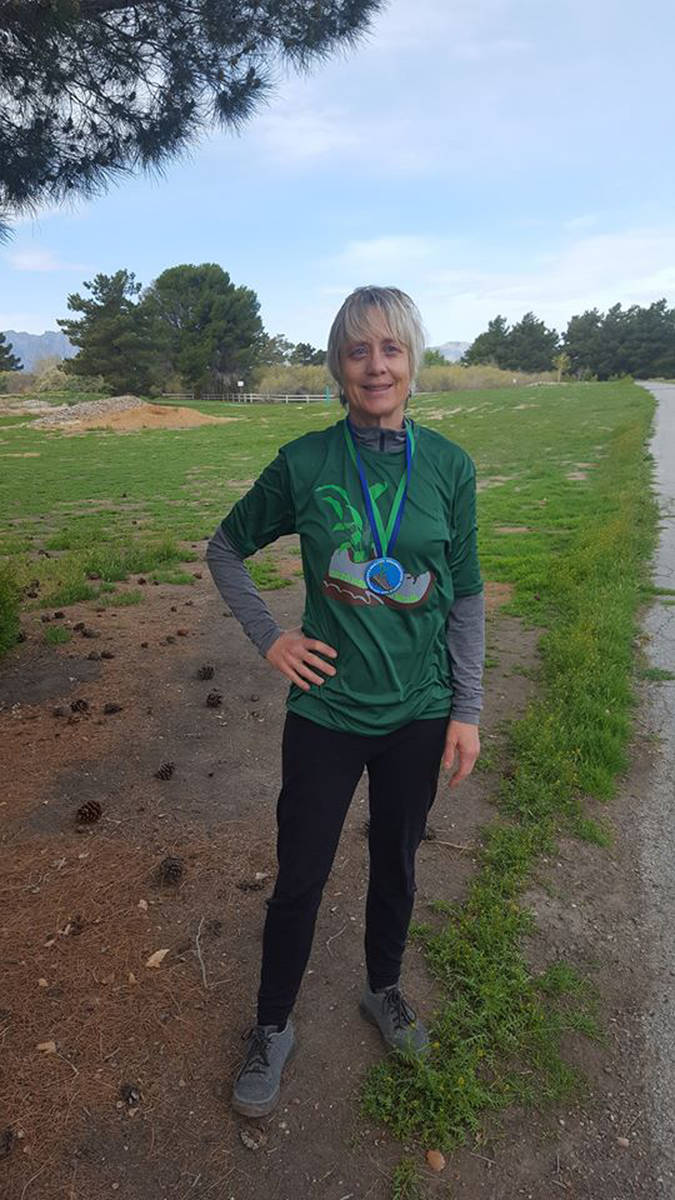 Special to the Pahrump Valley Times NyE Communities Coalition program manager Tamalyn Taylor was one of 555 participants in the 2020 HOPE Run, taking part from Discovery Park. 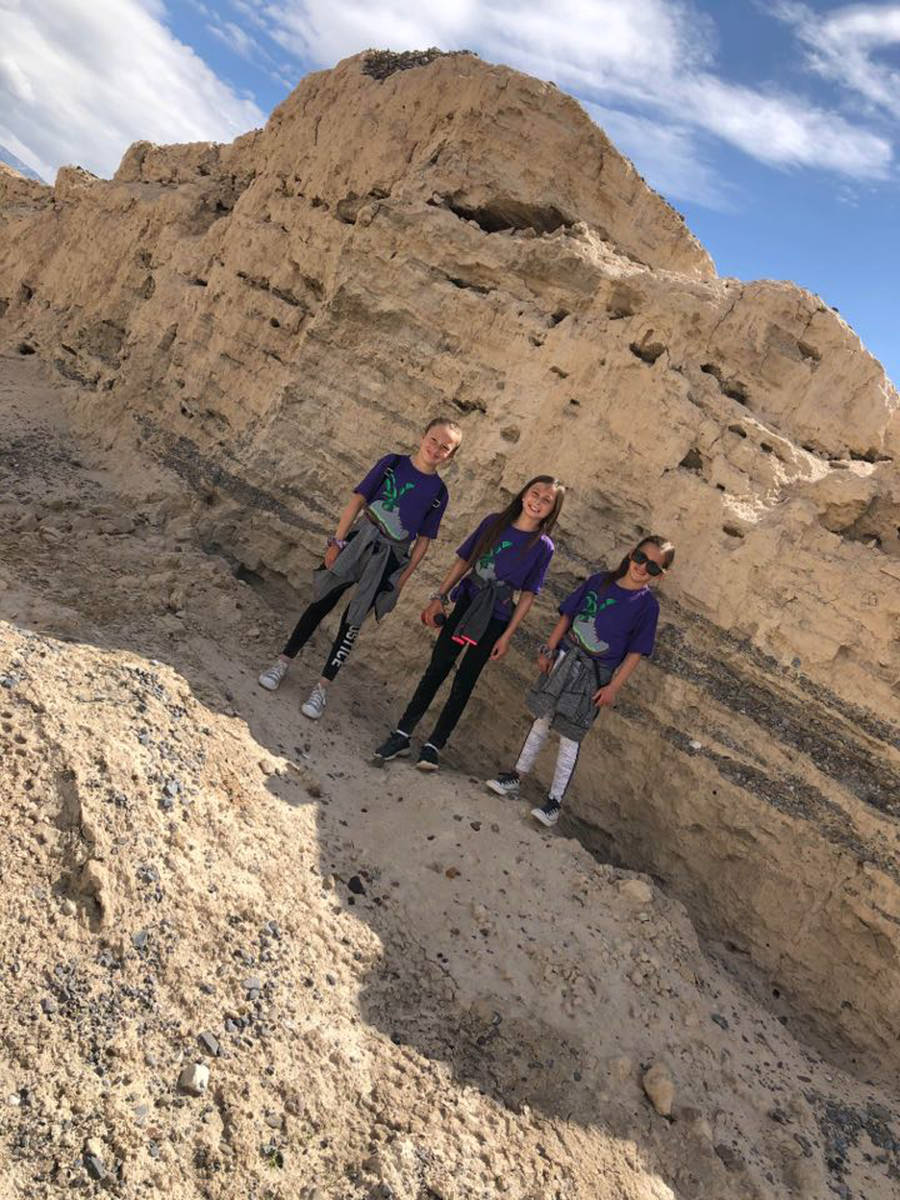 Special to the Pahrump Valley Times Shaunna Crawford and her three girls took to the trails as part of the the 2020 HOPE Run. 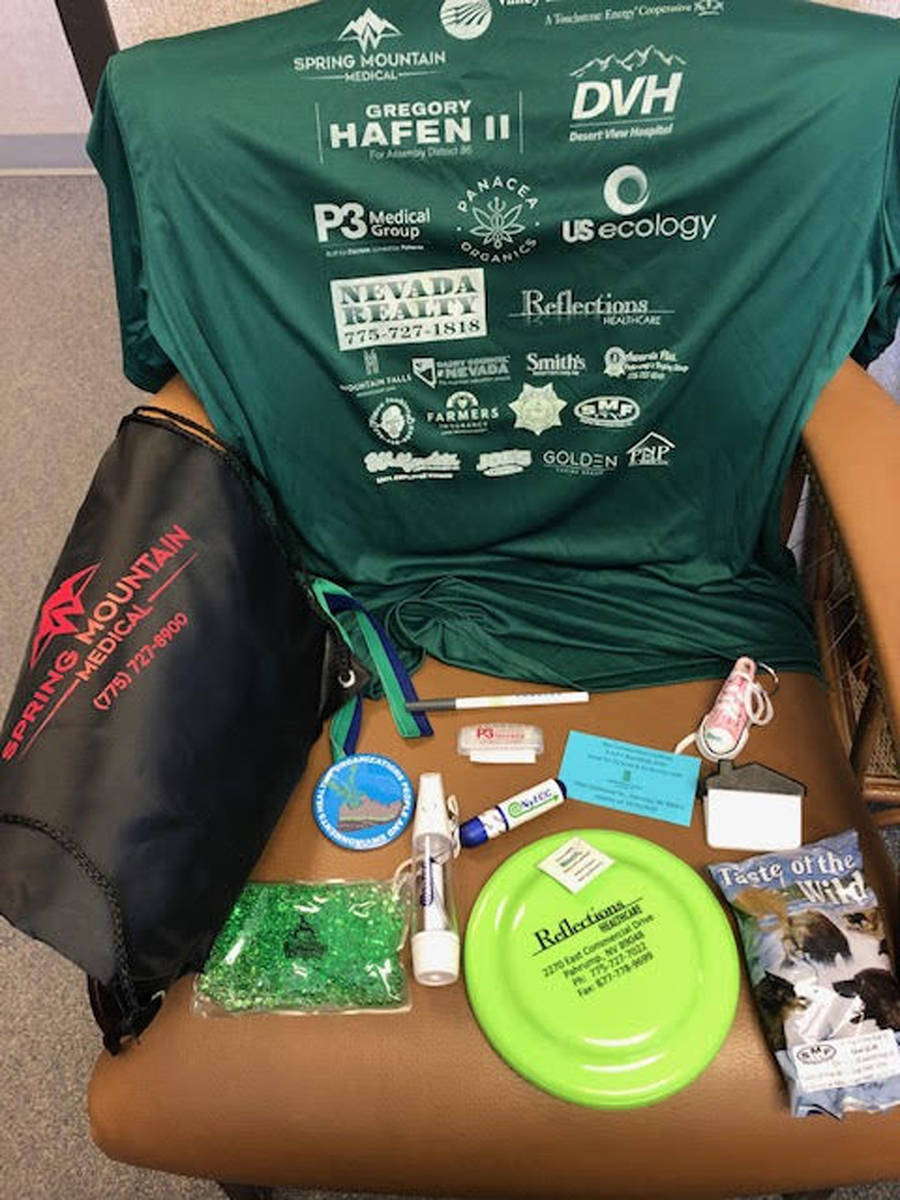 Special to the Pahrump Valley Times Participants in the 2020 HOPE Run each received a "swag bag" full of items from businesses and organizations around the community and those who registered by a certain date got an official HOPE Run T-shirt as well.

All throughout the week of March 28 to April 4 residents from around the valley hit the streets and trails to get their exercise on, walking, running, jogging or even just strolling along, all as part of the NyE Communities Coalition’s 12th Annual HOPE Run/Walk.

The HOPE Run is a key fundraiser for the NyECC and though the COVID-19 pandemic has put the kibosh on a huge array of events and gatherings, the HOPE Run managed to escape the slew of cancellations, thanks to some quick thinking on behalf of its organizers.

With social distancing recommendations coming from the CDC and the number of COVID-19 cases rising in Nevada, NyECC Chief Operating Officer Tammi Odegard and the HOPE Run team realized mid-March they would need to take action if they were going to save the event.

They had to come up with a plan of attack almost instantly and the group of event organizers did not disappoint. They shifted focus without a hitch and created the coalition’s very first virtual HOPE Run, which has been hailed as a big success, bringing in thousands of dollars to support NyECC’s programs and services.

“When we made the decision to make the event virtual a few weeks before the event was to take place, we were excited to still be able to provide an ‘event’ where people could participate while maintaining social distancing,” Odegard said following the 2020 HOPE Run. “There was a fairly good number of people who shared their experiences on social media and through emails.”

Odegard reported a total of 555 people took part in the 2020 HOPE Run, with everything from individuals to couples to entire families spending time being active and enjoying the great outdoors. It’s a perfect representation of the heart behind the event, which is meant to foster Health Organizations, People and Environments, the source of the acronym HOPE.

The HOPE Run is geared toward having fun while being active but it also comes with a slight competitive edge as well, with teams competing to register the most participants and take home the prestigious HOPE Cup. This year, there were two HOPE cups awarded, one to the largest team representing a school and another to the largest community-based team.

“The HOPE Cup for the school division was awarded to Floyd Elementary School. They have 120 participants. The HOPE Cup community division was won by Smith’s. They had 52 participants,” Odegard detailed, reporting that a total of approximately $6,600 was raised during the 12th Annual HOPE Run.

“Thanks to all of the sponsors and everyone who participated,” Odegard said with gratitude, adding as a final note, “There are a few people who didn’t pick up their swag bags yet. I will hold them until I reach you or you reach me at 775-727-9970 extension 224.”