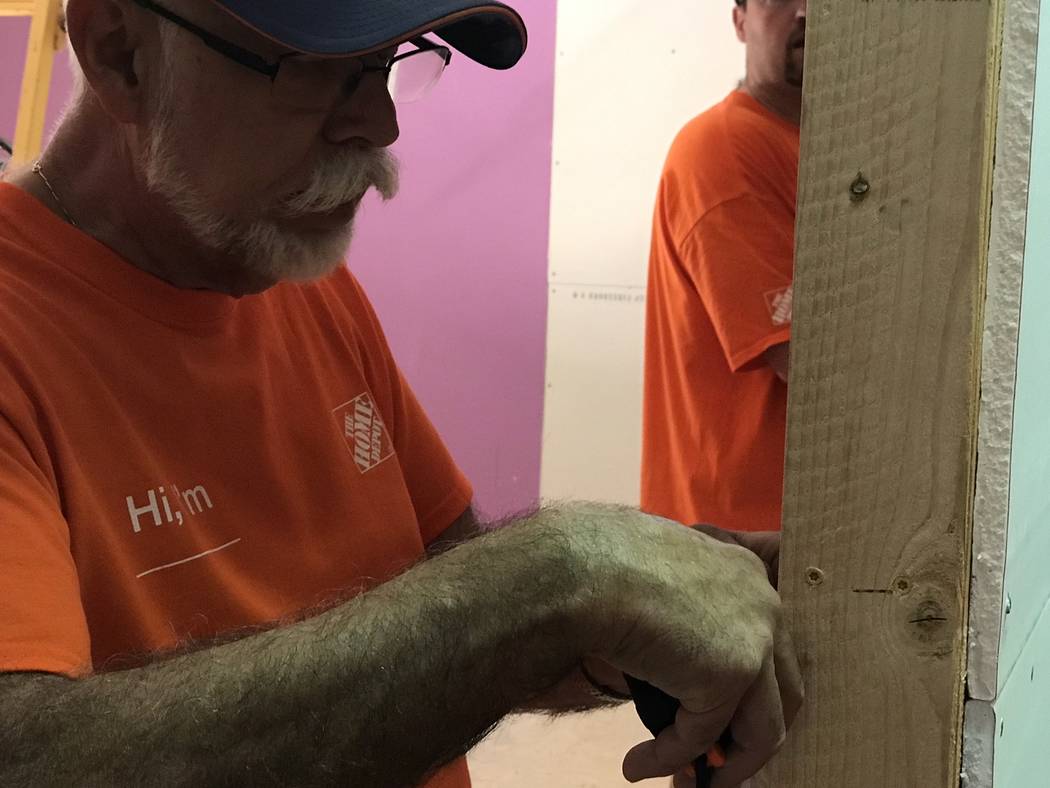 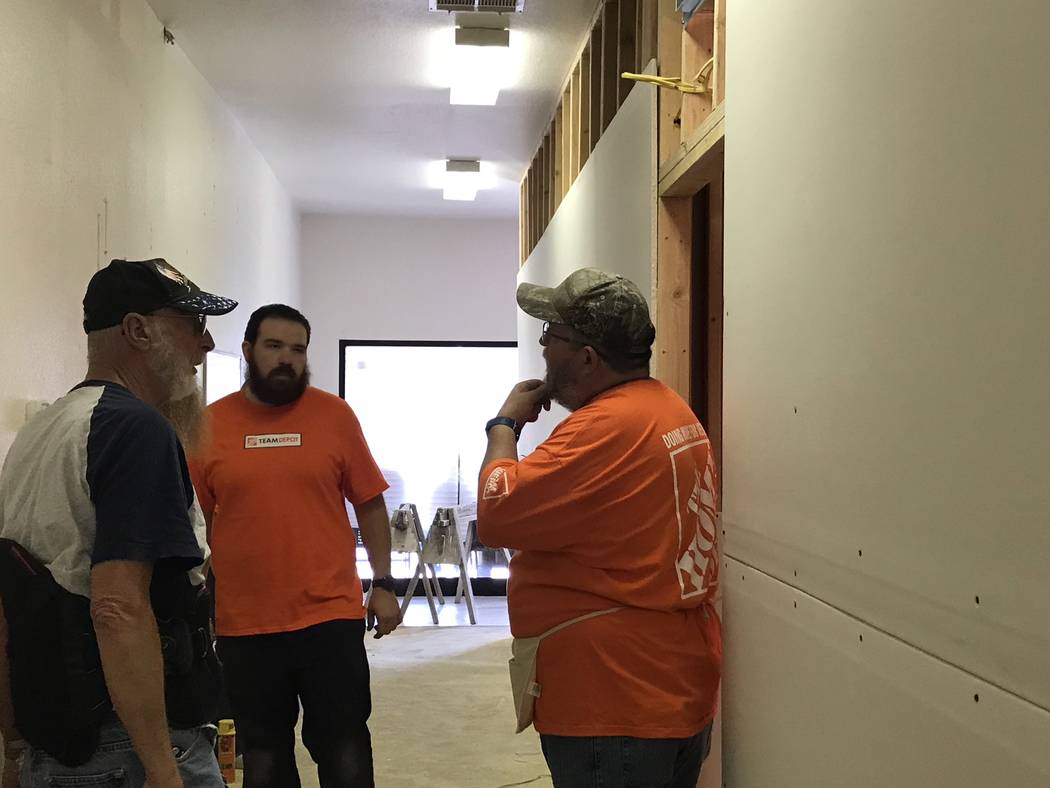 Jeffrey Meehan/Pahrump Valley Times More than three dozen volunteers from the community and from Home Depot helped a local nonprofit upgrade its space in Pahrump. The upgrade project was for Living Free Health and Fitness, a Pahrump-based nonprofit that focuses on addiction rehabilitation services. 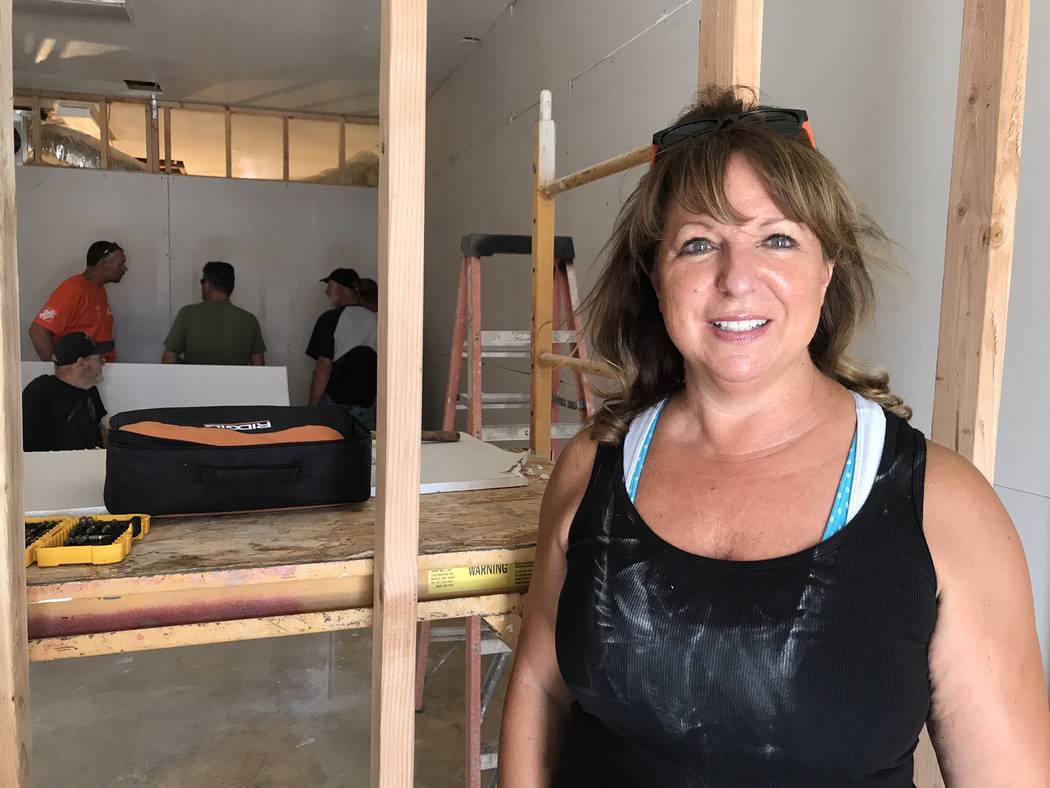 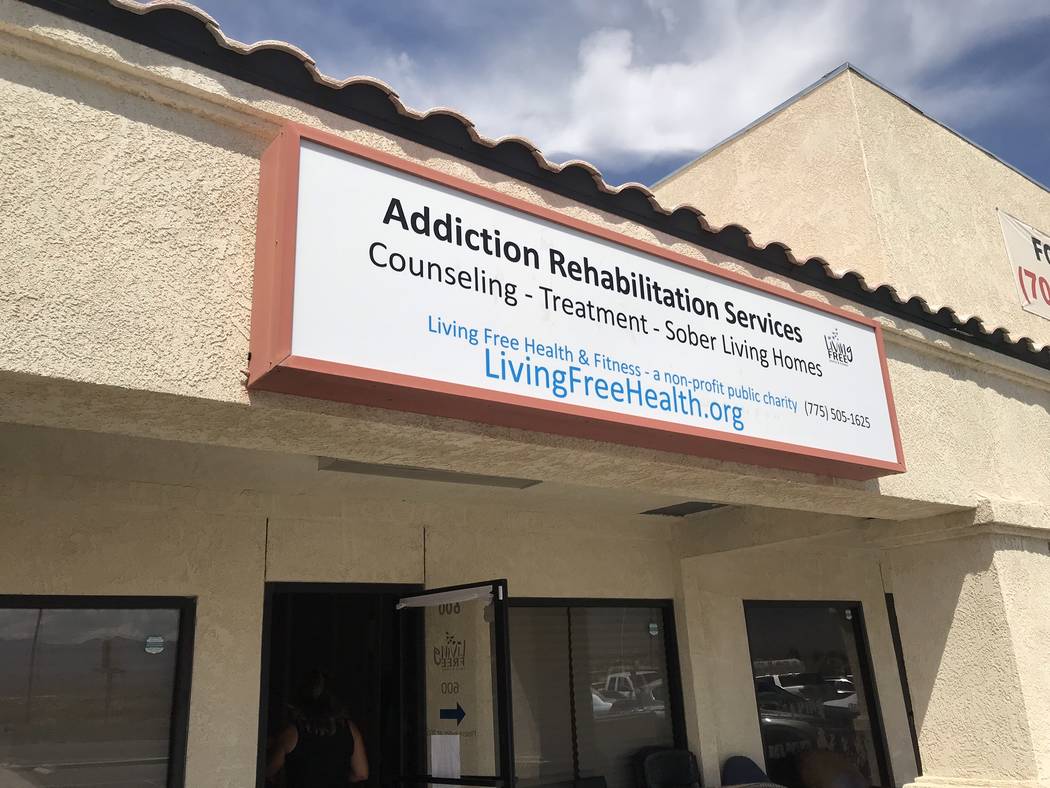 Jeffrey Meehan/Pahrump Valley Times More than three dozen volunteers from the community and from Home Depot helped Living Free Health and Fitness, a Pahrump-based nonprofit that focuses on addiction rehabilitation services, upgrade its space. Living Free received a $7,500 grant to help it build new group rooms at its Pahrump offices. 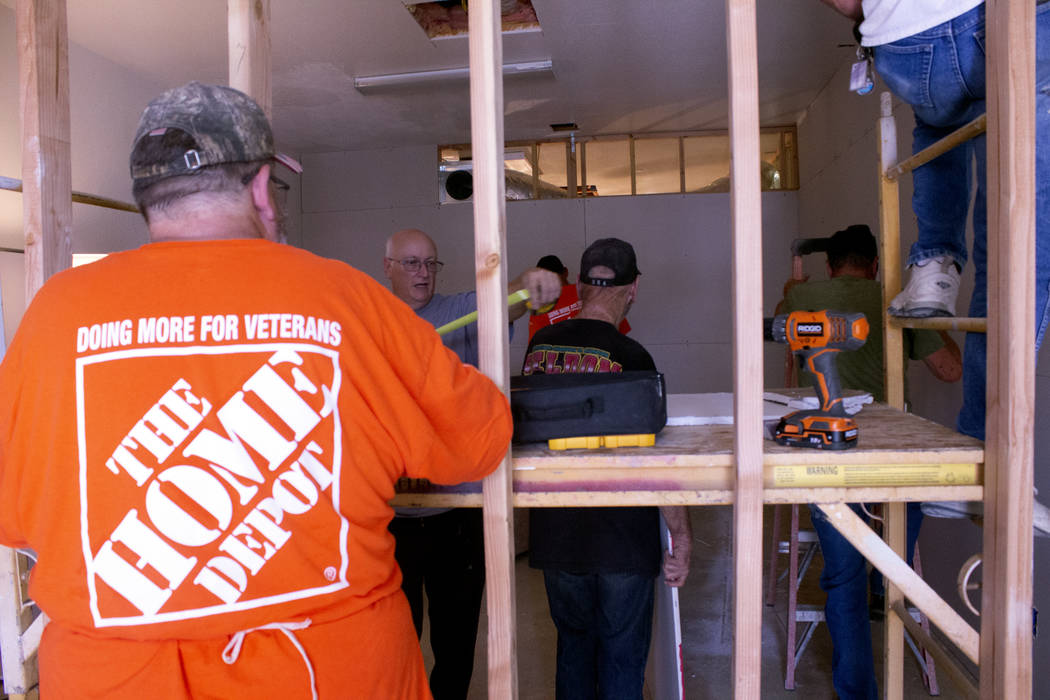 Jeffrey Meehan/Pahrump Valley Times The Home Depot Foundation services 35,000 veterans and has a budget of $85 million set aside for grants in its annual budget for projects nationally. The foundation has funded several projects in Pahrump.

A nonprofit organization in Pahrump is planning the next stages of its growth after a grant helped with upgrading its existing space on the north end of town.

Living Free Health and Fitness, a nonprofit in Pahrump, had more than three dozen volunteers from the community and Home Depot donate their time to upgrading the organization, focused on addiction rehabilitation services, in early August.

The organization was granted $7,500 in materials by the Home Depot Foundation to build the group rooms at the organization’s office space at 2050 N. Highway 160, Suites 600-700, at Mesquite Avenue and Highway 160, behind the Horizon Market.

With the upgraded space, Poerio will also be able to offer more support for adolescents.

Several businesses in the Pahrump area have made the project possible, too: Ken Murphy of Shadow Mountain Construction; Royce Avena of Avena and Sons Electric; and Lou Banuelos of P-Town Air Conditioning, according to information from Poerio.

Several volunteers from the local Home Depot store came out to help with the upgrade project in Pahrump, including Teresa Aukeman, store manager at the Pahrump location.

Aukeman estimated that there were about 37 volunteers on-site during the project on Aug. 7.

The Home Depot Foundation services “35,000 veterans, and we’ve got $85 million set aside for grants,” Aukeman said. This is the annual budget on the national side, she said.

The foundation’s grant money has gone to projects at the VFW in Pahrump and the Freedom Reins Ranch, also in Pahrump, among other projects.

One woman, Kimberlee Koehler, talked about the program offered by Living Free positively. Koehler said she’s stayed in other facilities over the years in her battle with heroin addiction and other drug abuse.

“This one (sober home) is actually one of the better ones that I’ve been to,” Koehler said. “I’ve been to a couple of rehabs, a couple of sober living houses in Las Vegas, and their really nowhere near this type. It was really bad.”

Koehler said she experienced homes that were overcrowded and encountered individuals that didn’t seem to want to get better in some of these previous environments.

“A lot of the girls here (Pahrump), they actually want to change,” she said. “They want to stay sober and be good, productive people.”

The nonprofit also offers a sober living home in Pahrump for men.

“You are seeking a safe environment with programming, structure and supervision as a way to get your life back on track … and keep it that way!” the organization’s website stated.

Poerio founded Living Free in 2013 “after researching — and observing — the benefits nutrition and exercise can have on helping people stay stopped,” according to Living Free’s website.

According to the website, the program has worked for many people, including Poerio, who has been sober since Sept. 5, 2001.

Poerio has been a clinician since 2009 and has experience as a securities brokerage principal and worked as a principal of several small businesses in the District of Columbia.

For general information about Living Free, head to livingfreehealth.org or call 775-505-1625.

For information on the sober living houses, call 702-600-2527 or write an email to shelley@livingfreehealth.org

Living Free does an abundance of community service work, according to Poerio.