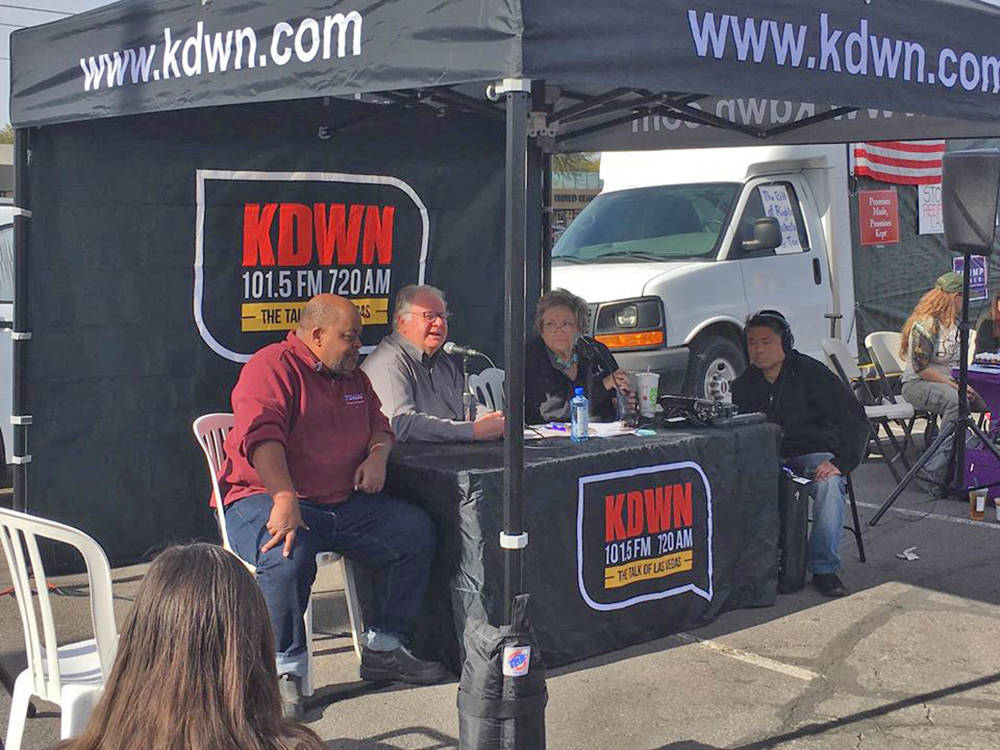 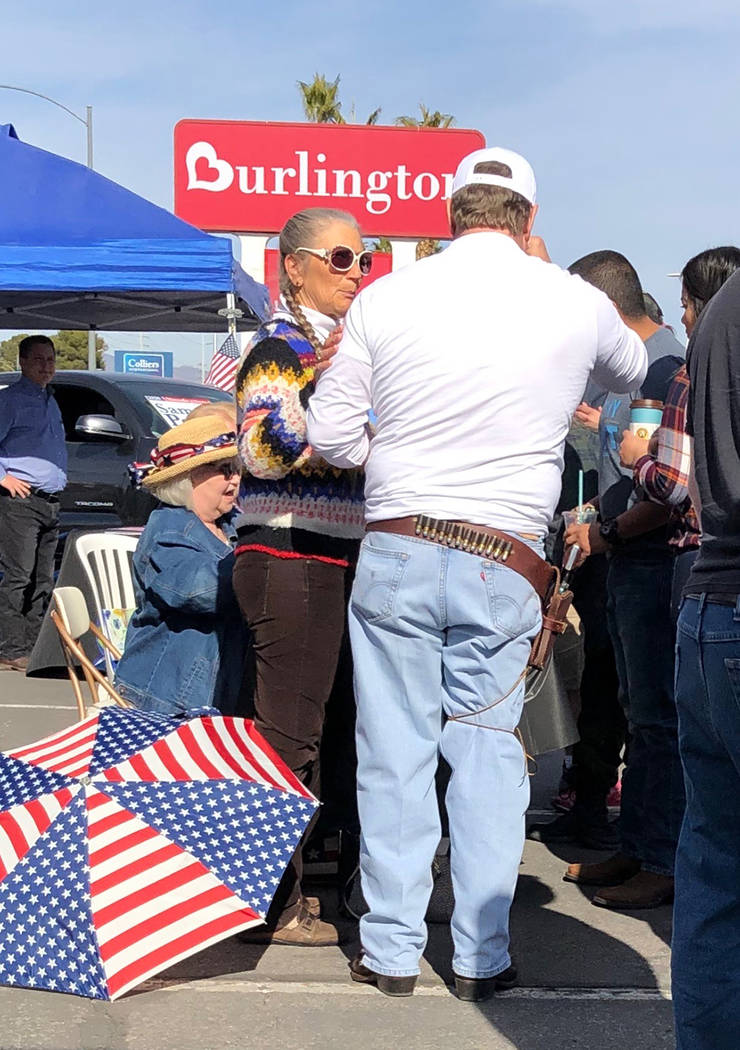 Special to the Pahrump Valley Times Many of those attending the Jan. 19 NevadansCAN event could be seen carrying sidearms, a visual display of their support for Second Amendment rights.

NevadansCAN hosted a rally on Sunday, Jan. 19 in protest of “red flag” laws contained in Nevada Assembly Bill 291, with several Pahrump area residents heading over the hill to Las Vegas to take part.

The event was held in an effort to help raise funds to support NevadansCAN and its mission to protect Second Amendment rights.

The self-described “citizens action network” filed a lawsuit last year to halt the implementation of Assembly Bill 291, which was passed in the 2019 legislative session and went into effect on Jan. 1. The organization argues that the new law infringes upon constitutional rights and does not adhere to due process. The lawsuit is currently wrapped up in the courts and raising money for NevadansCAN’s legal defense fund is a key part in keeping the process going.

The “red flag” laws authorize the courts to issue special protective orders that allow law enforcement to confiscate firearms from those who are deemed by the judge to be a danger to themselves or others. Requests for these orders can be made by family or friends as well as by law enforcement authorities.

“While the intentions of red flag laws may sound reasonable, the execution of these laws appear to be seriously flawed and unconstitutional,” a blog entry on the NevadansCAN website states. “The Bill of Rights is the foundation of our judicial system and it is what separates us from other nations. Most Americans believe that the Constitution should not be infringed upon or ignored for political purposes.

“Since the enactment of red flag laws, serious violations of due process have occurred,” the blog alleges. “Individuals charged have no knowledge of the accusations made against them until the police show up to confiscate their weapons. Additionally, there is no penalty for making fraudulent or vindictive claims.”

The protest rally event took place from 11 a.m. to 5 p.m. at Valkyrie Combat in Las Vegas.

Pahrump resident and NevadansCAN member Tina Trenner was featured at the event, using her experience as a radio and television host to help spread the word about the organization’s efforts.

Trenner, who currently has a show on Sundays on KDWN-AM (720 AM), reported that there was a good turnout for the event with roughly 250-300 people estimated to have attended. She said there were all sorts of people out to support NevadansCAN, including small children, senior citizens and everyone in between. She also made sure to give a shout-out to another Pahrump resident, Richard Bushart, thanking him for being a “huge” donor at the rally.

NevadansCAN is not the only entity that has expressed concerns over the implementation of Assembly Bill 291 and its “red flag” laws.

In response to state legislation aimed at tightening local gun regulations, the Nye County Commission recently declared itself to be an official Second Amendment Sanctuary County. Other counties across Nevada have taken similar action and many Nevada sheriffs, including Nye County Sheriff Sharon Wehrly, have been vocal about their resistance to enforcing laws they believe to be unconstitutional.

Those interested in reviewing Assembly Bill 291 can find the 25-page document online at leg.state.nv.us