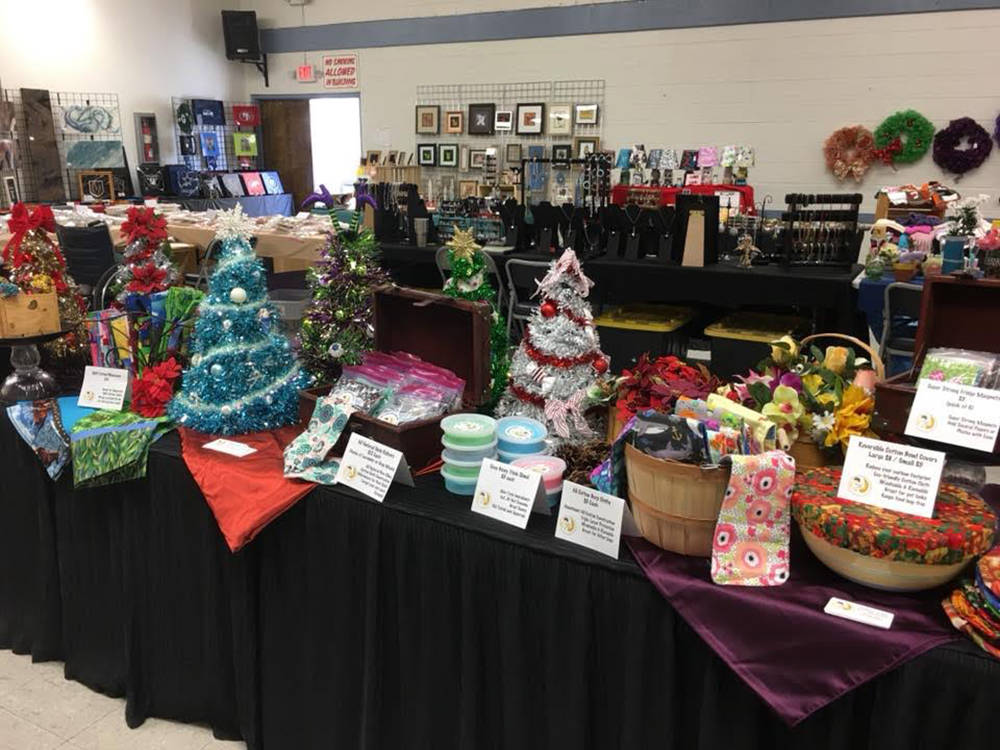 Special to the Pahrump Valley Times The Mistletoe and Magic craft show took place at the Bob Ruud Community Center last weekend and each of the individual vendors were required to obtain a seller's permit in order to take part. That requirement has now been changed so that vendors selling items at events held in town-owned venues do not have to secure that permit. 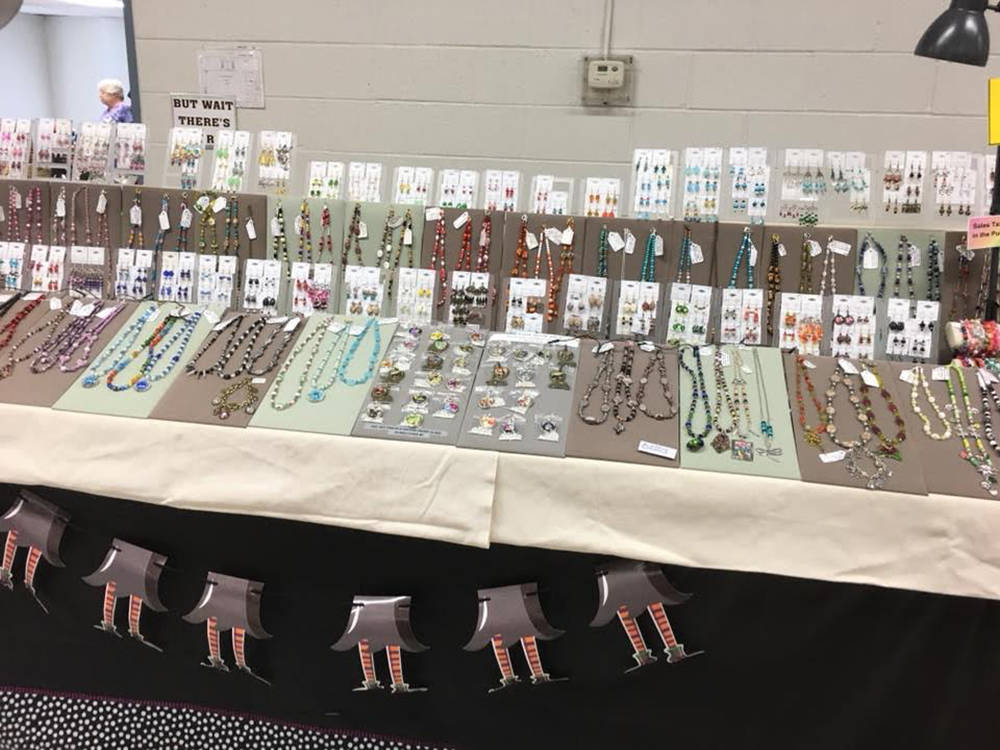 Special to the Pahrump Valley Times Individual artists and craft vendors no longer have to obtain a seller's permit when participating in events held in town of Pahrump buildings, a fact for which many are very pleased. 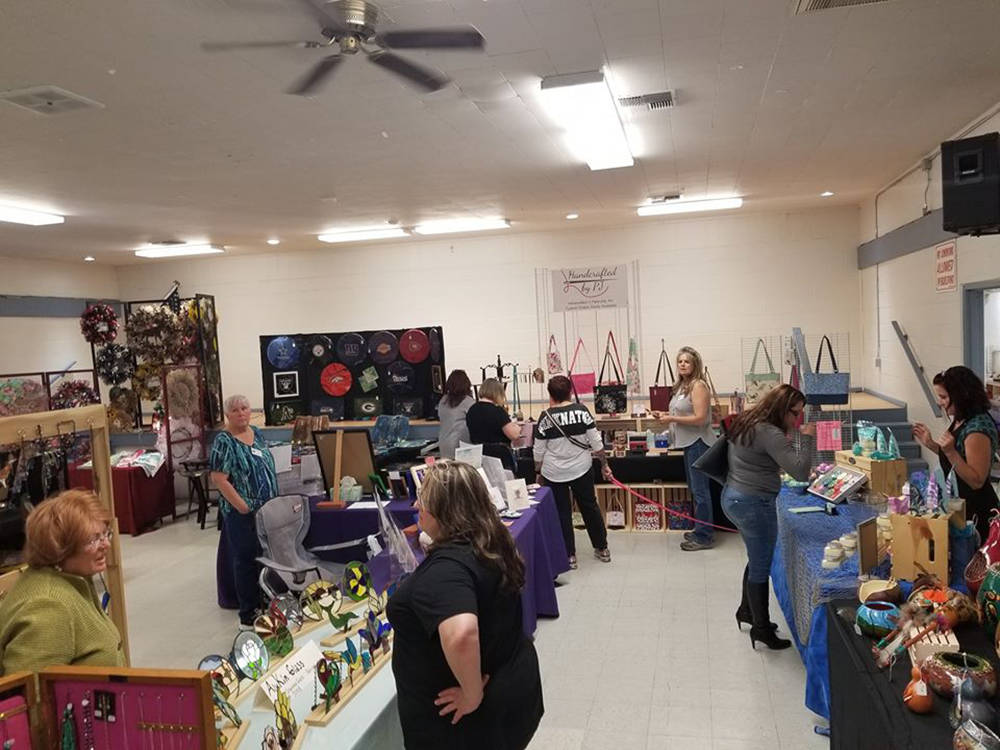 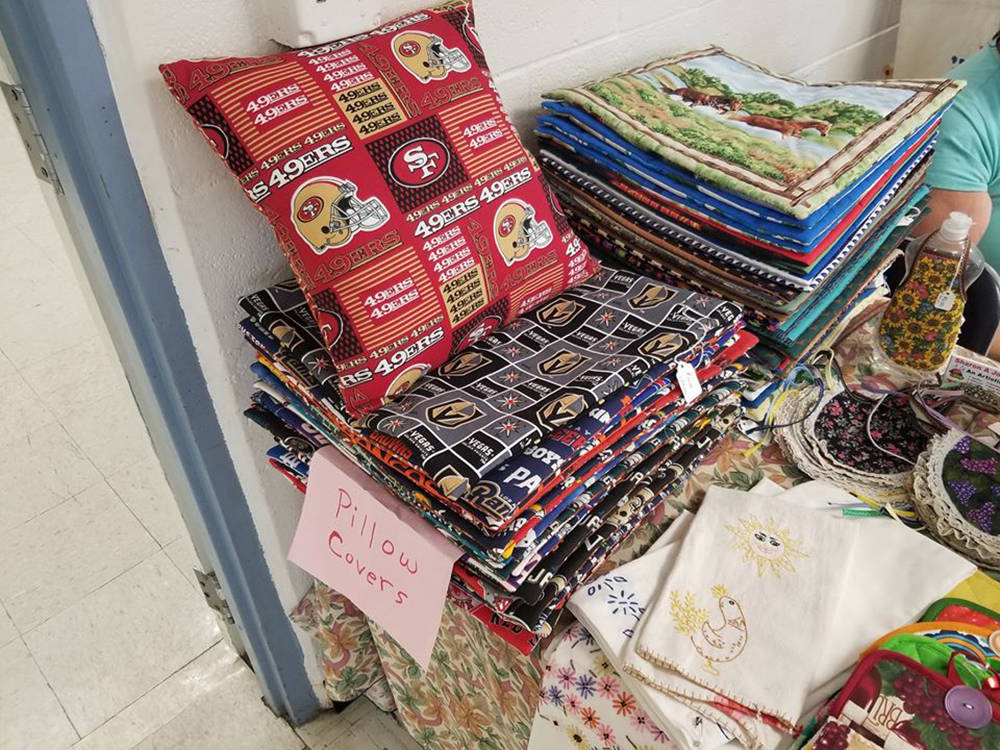 David Jacobs/Pahrump Valley Times Those selling items at craft shows and fairs held in venues owned by the town of Pahrump have been exempted from the Pahrump seller's ordinance, a change that takes effect in December. 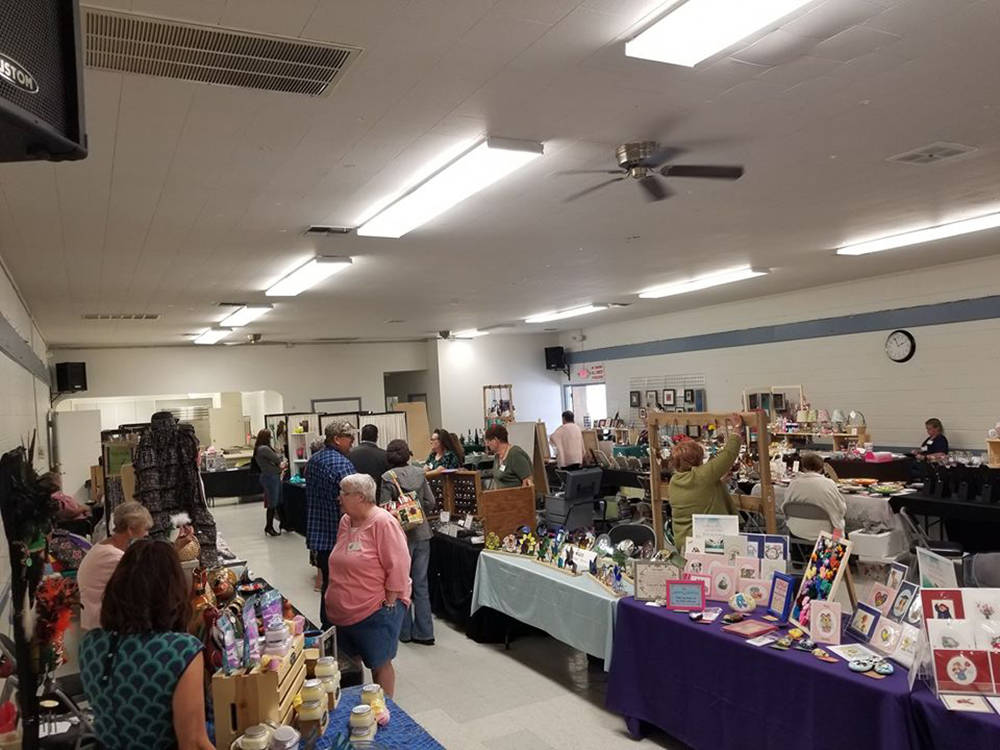 David Jacobs/Pahrump Valley Times Craft and vendor shows, such as the Heart and Hand Craft Fair shown here, have always been popular in Pahrump. 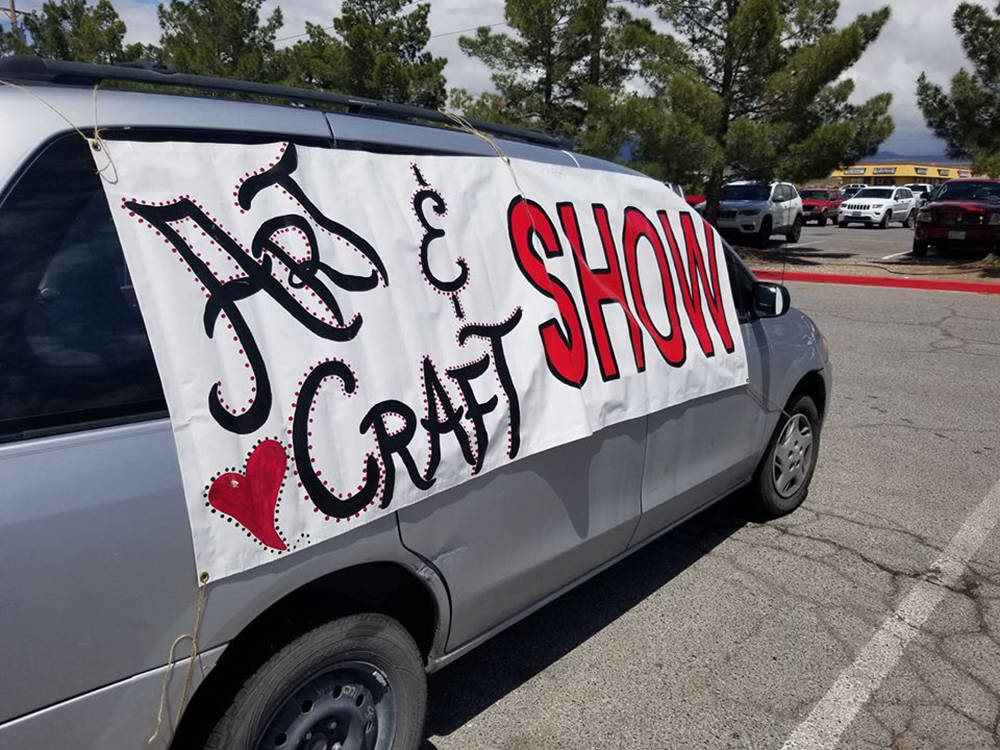 David Jacobs/Pahrump Valley Times Art and craft shows are a key venue for local artists wishing to sell their wares.

Local artists and craft vendors have been struggling in recent months over the interpretation of a Pahrump Town Ordinance that requires seller’s permits for certain situations but that struggle has reached a conclusion.

The Nye County Commission voted on Nov. 19 to amend the Pahrump seller’s permit ordinance to reflect that those renting town buildings for events involving sales are exempt from the permitting requirement, a decision for which those pursuing the issue were grateful.

Randi Case, a local artist and craft show organizer, was a driving force behind the move to have craft and vendor shows hosted in town buildings, such as the Bob Ruud Community Center, exempted from the permitting ordinance. She previously told the Pahrump Valley Times that the ordinance in question has caused some contention over the years and she was striving to solve that to the satisfaction of all involved.

At one point, when Susan Holecheck was the town of Pahrump manager, Case said she and others were told that a seller’s permit for each and every vendor at craft fairs held at the Bob Ruud Community Center was not required, because those vendors would be selling their goods at an event for which a town building had been rented.

When Pam Webster took over as town manager, that stance did not change but when Tim Sutton became town manager, he interpreted the ordinance differently and began to require each vendor at such craft fairs to obtain those permits individually, creating some chaos for those trying to organize shows of that type.

Seeing this requirement as burdensome and inefficient, Case and fellow craft show organizers, including fellow member of the Artistic Divas and Dudes, Sherry Rhine, set out to have the town ordinance clarified. After several months of discussion with town and county officials, including, Nye County Commissioner Leo Blundo, the situation has been resolved.

“I’m thankful to Commissioner Blundo for mediating a compromise and the positive vote today. It’s a first step since it removes seller permits from those renting town buildings,” Case stated following the Nov. 19 meeting.

Blundo said he was more than glad to help Case and Rhine with their issue, telling the Times, “Good governance is doing the work for the people, by the people. Constituents came to me with an issue and several understandable frustrations with county/town staff. Together, we forged the language to accomplish the intent of what has been in prior practice. It’s never a good day when we look to pick on our craft and hobby vendors, those are some of our grandmas and grandpas contributing to our local economy.”